Hi, my name is Husain Alaskari. I am a visual artist from Bahrain. I studied computer animation and special effects, for which I earned my Masters degree in 2005. I taught graphic design for 14 years at colleges in Bahrain and Oman. I also worked for 7 years as a creative director for an advertising agency.

I have always been fascinated by Arabian and Persian tradition and mythology. The imagery and imagination contained within provide fuel to unclog the most stubborn of artists’ blocks. The center-piece of Arabian mythology is most definitely The Arabian Nights, a collection of traditional folktales and mythology compiled across many centuries by various authors and scholars. It has inspired fantastic works of art all over the world with its dramatic visualizations, humor, poetry, magical realism, and downright weirdness.

The inspiration behind the artwork is a mention of a monstrous fish called Dandan, in the story of Abdullah the Fisherman and Abdullah the Merman. This is the excerpt from the story in which it is described (from the translation by Sir Richard Burton, 1885):

'Tis the liver-fat of a kind of fish called the Dandбn, which is the biggest of all fishes and the fiercest of our foes. His bulk is greater than that of any beast of the land, and were he to meet a camel or an elephant, he would swallow it at a single mouthful.

In my mind, I visualized it as a prehistoric fish with lizard-like features which lurks deep in the ocean, attacking whoever and whatever enters its domain.

Modeling the fish was an enjoyable experimental process of finding shapes and features which can convey a fearsome menacing look. 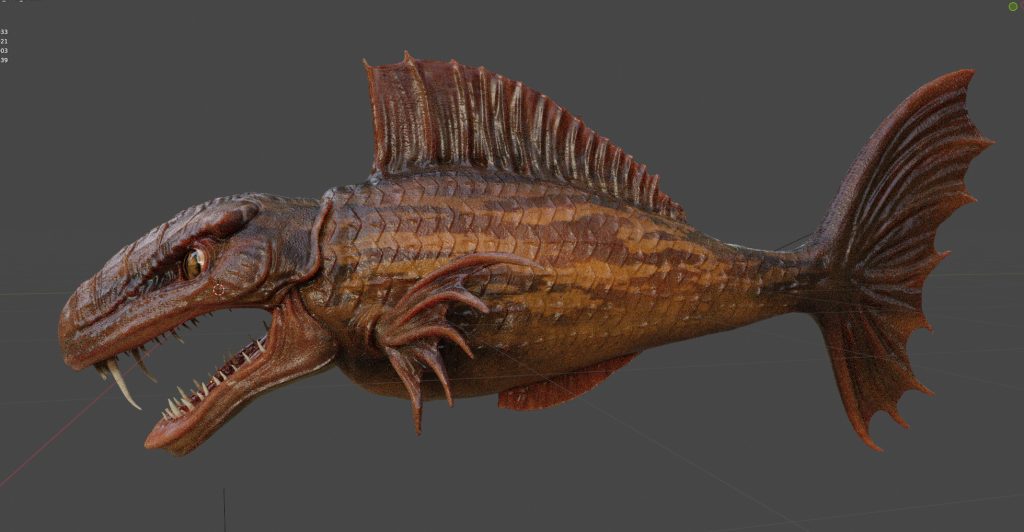 I drew from references of dinosaurs, lizards, and various prehistoric creatures. Technically, the creature was sculpted with all the details, and then retopologized quickly using the Quad Remesher addon. Here’s a video of the sculpting process.

The environment was box modeled and sculpted to serve as a compositional element. Then it was dressed up with seaweed models through a hair particle system, and a mountain—which can hardly be seen in the final render—was added to the background with the A.N.T Landscape addon. A simple submarine was modeled and added to the scene for the fish to chase. 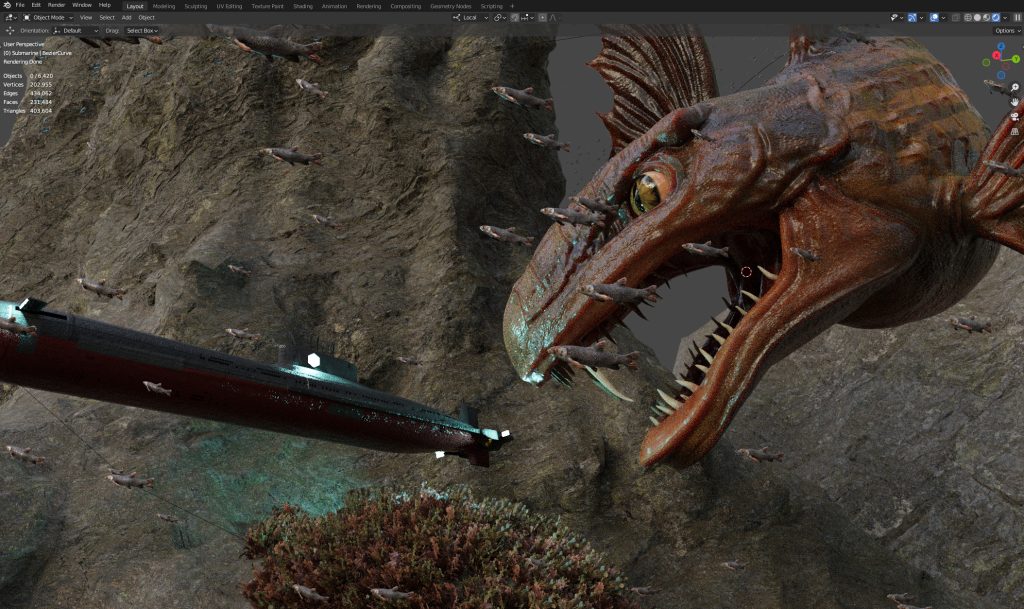 Schools of fish were placed in the scene to give it depth and a sense of scale. This was done with geometry nodes, which made it easy to make paths with curves for the small fish to follow. 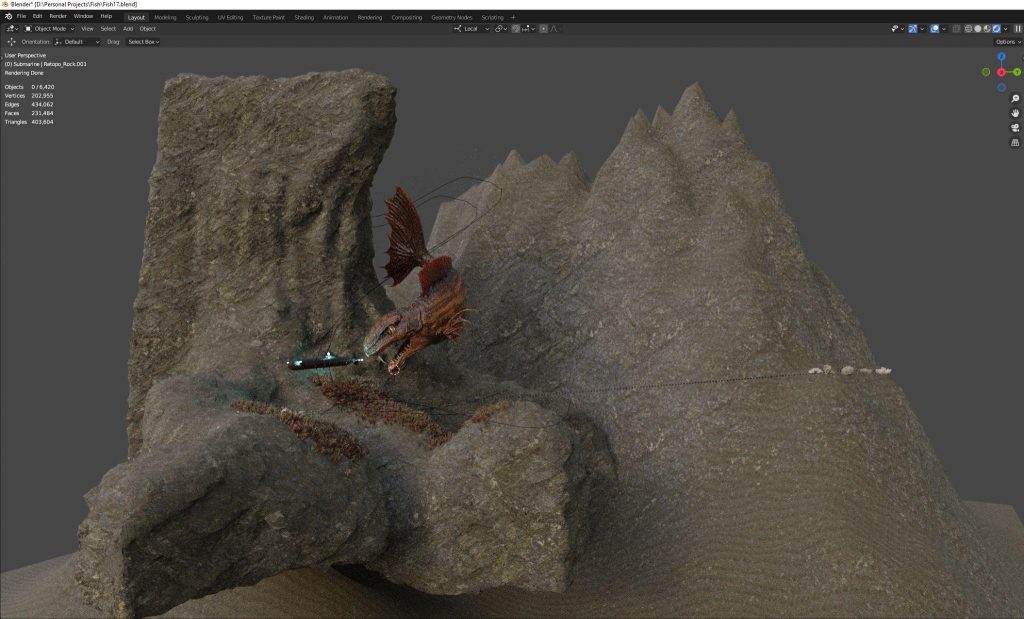 Texturing the fish was an interesting exercise in which the main inspiration was basically the grouper fish—the most delicious of all sea creatures (I was probably hungry!) The idea was getting to about 80% of the process with procedural texturing. The procedural texture was baked and then hand-painted in Blender to complete the process. Here is a video of the texturing process.

The underwater environment was the most essential element to sell the shot and to give it the required mood. It was done by adding volumetrics to the world and tweaking the settings until a deep-sea look was achieved. This is the basic setup used for volumetrics. 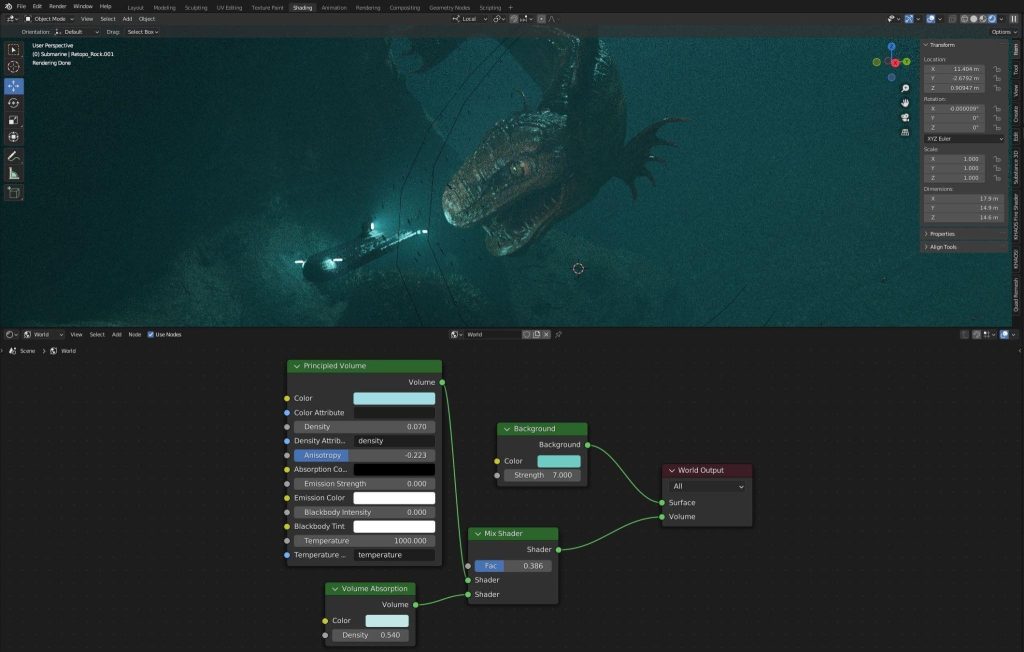 As for lighting, I wanted to use it to create an interaction between the fish and the submarine. So, I heavily used the position of the submarine as the main light source in the scene to create a clear focal point at the fish’s face. Other lights were added to further define and enhance details.

Compositing and color grading were done in Photoshop. A combined pass and a mist pass were rendered out of Blender. The mist pass was used to drive most of the color grading and effects like lens blur.

Light rays were enhanced, added a few touch-ups here and there, and the piece was finally done. 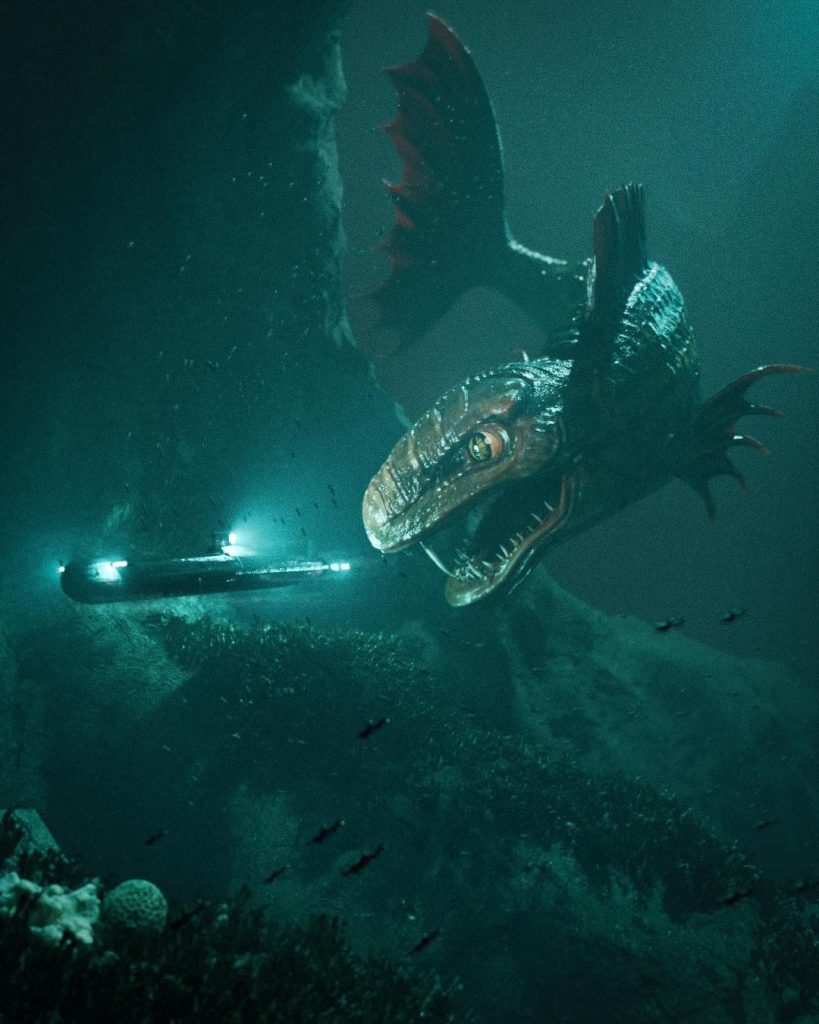 I hope you enjoyed reading the article. Feel free to comment or ask any questions down below. Have a great day! 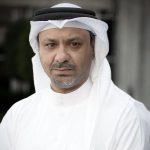 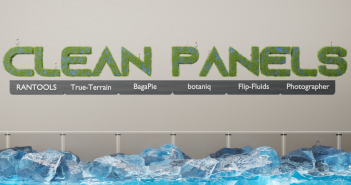 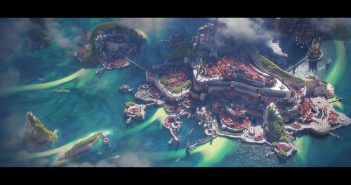 Next Article Blender 3.3 LTS Released: Check Out These Standout Features