Hi, I’m Abhijit, a graduate of Architecture from India. I’ve just completed my masters at The University of South Australia. I am passionate about 3d modeling and worldbuilding. I love to use Blender for my artwork because it is a free all-in-one software.

I was inspired by the idea of someone doing something that they love until their very last breath, and that they are able to find peace in those last moments.

First, I started off with modeling the astronaut, which was a challenge. However, the tutorial from mikim really helped in approaching it.

The process involved a lot of sculpting and learning how to use modifiers. 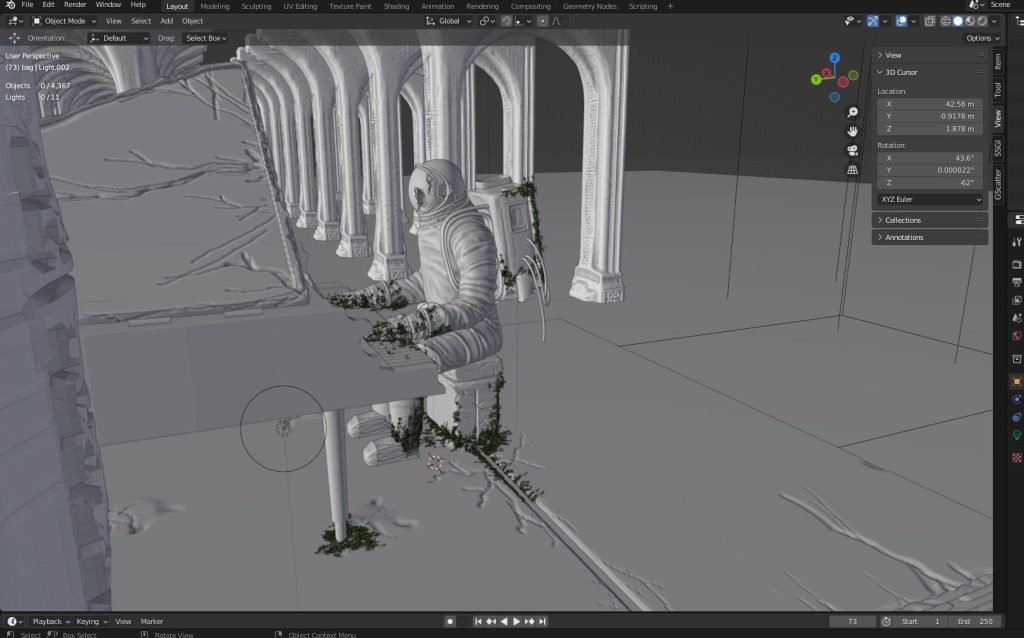 I moved on to modeling the arches in Blender and then carving out the patterns on them through 3D Coat. It was the first time I had used 3D Coat, and the stencil tool was just brilliant! However, I could not find a way to import the exact texture back into Blender from 3D Coat. 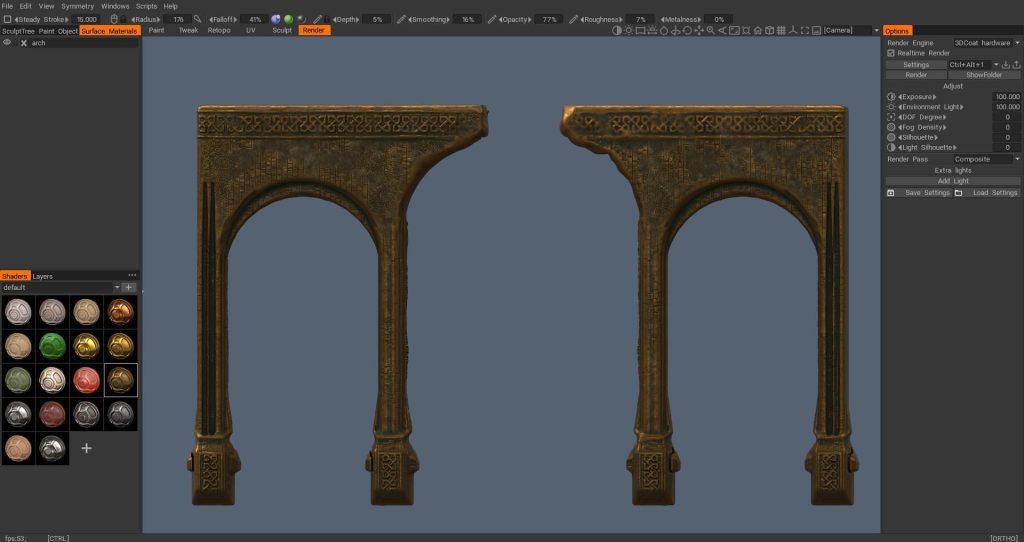 I did a lot of sculpting for the piano but was unaware that I had to apply scale to the elements I transformed. Hence, the lower half of the piano was unsculpted and looked weird when I tried sculpting it.

The few scattered plants are from the Gscatter addon.

The materials for the ground(stone) and piano were made through the shader editor, with the help of some tutorials on how to get the desired finishes. Majority of these materials were made by simply adjusting the roughness and mixing different textures together into the normal input.

Given the overall atmosphere I was trying to create, lighting was a huge part of this scene, with subtle hints of lights in specific points to create a visual impact.

Two light sources with a blue shade were placed within the astronaut to give the eerie blue glow from his helmet and equipment. The other two light sources were subtly used to highlight his hand and the piano. 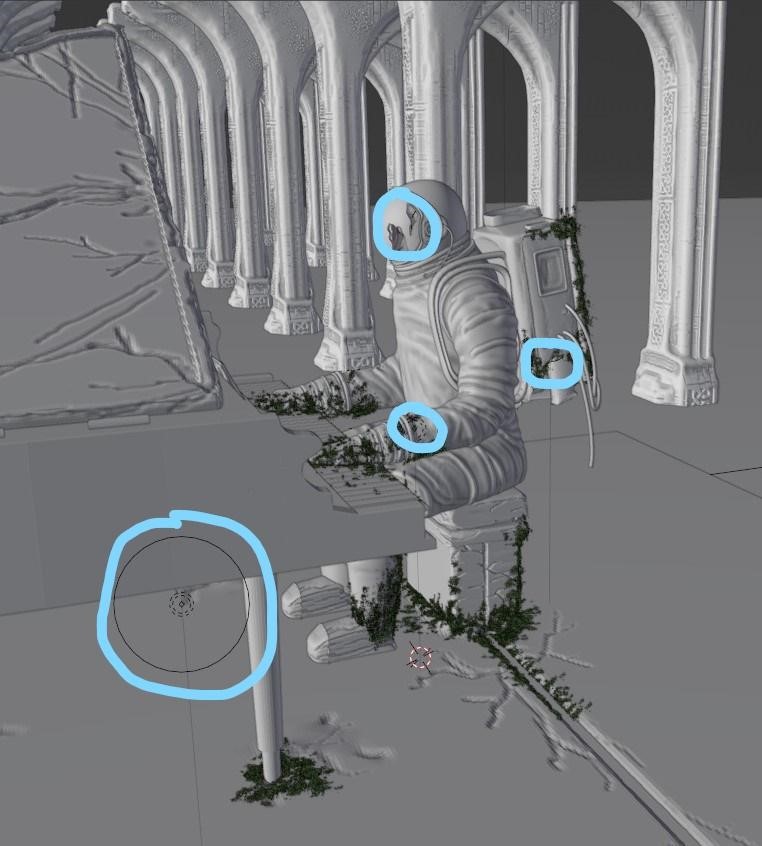 The main sunlight source was surrounded by volume-diffuse cubes to give it the desired effect. It’s a weird way to do it but this was the extent to which I knew how to use lighting at the time. 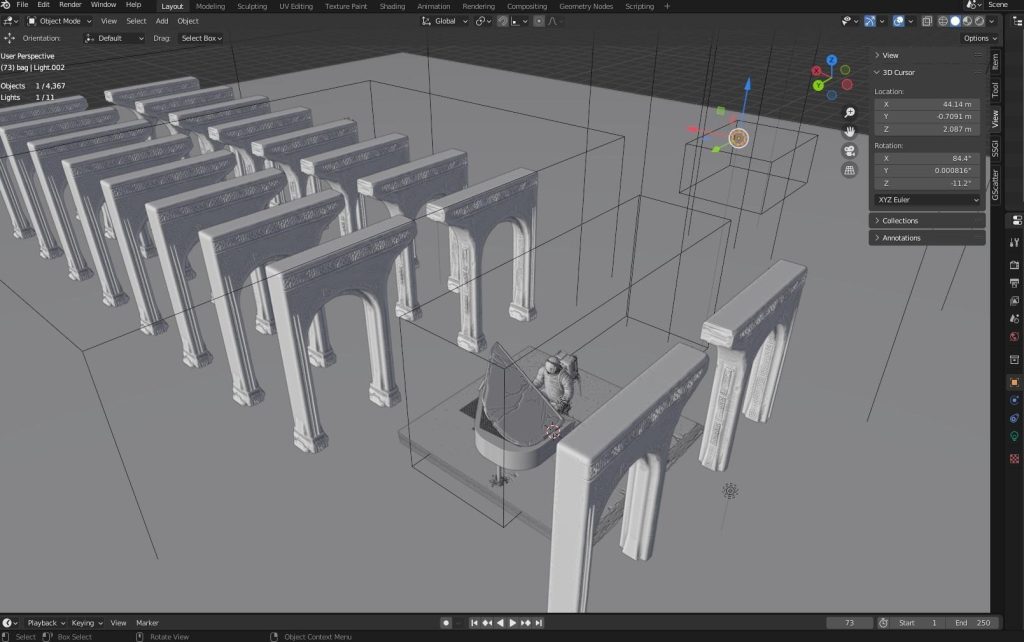 Several volume-diffuse cubes were used to give it the atmosphere I was hoping to achieve, as seen in the image below.

The final render was taken into Photoshop and given a few touch-ups, like adding the humans and birds, along with the raw camera filter to make it pop!

Abhijit Prasanth, a graduate of architecture with a passion for 3D modeling and world building. Currently looking for a job. 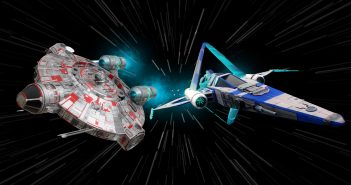 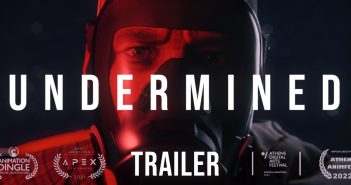 Next Article Trailer for animated short-film "Undermined" - Made in Blender