The Blender Developers have graced us with two simultaneous Blender releases: Blender 3.2.2 and Blender 2.93.10 LTS! Blender 2.93 LTS  will be supported officially until 2023, while the second corrective release in the 3.2 series is probably its last, with the upcoming release of 3.3 just around the corner.

As usual with corrective releases, it is highly recommended to upgrade.

These releases contain only bug fixes and improvements, so they are compatible with your current files and are considered safe to be used in production. #b3d #DevFund pic.twitter.com/5rzeMqSnUT

This double release packs a punch: the 2.93.10 release comes in hot with 9 bug fixes in total, bringing the total number of fixes since the original release to more than 250 so far. The 3.2.2 release on the other hand brings 26 new bug fixes since its last one. This latest update has already rolled out on Steam, the Microsoft Store, and Snap, and can be downloaded from the link below. 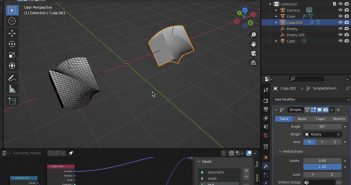 Previous ArticleTutorial: How to rebuild the simple deform (twist) modifier with Geometry Nodes 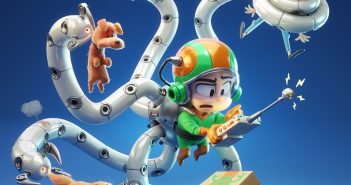