Hello! I am Felicia White from Perth, Western Australia.

I have been doing traditional art such as painting and drawing as a hobby for many years while working professionally as a drafter, modeling with CAD software. Now I use these skills in Blender and things are really good!

The "Cutie Garden" animation came about because I had a number of geometry node assets made for Patreon and Blender market but I hadn’t used them in any of my own art. So, I went looking for references and inspiration. I found inspiration of cute vibe from a few artists and wanted to replicate it myself.

Some of the art which inspired me:

The peaceful vibe from KenLiang animation: Flowers - In Love With a Ghost ft. Nori

The Mushroom People from Lucracia’s Art. 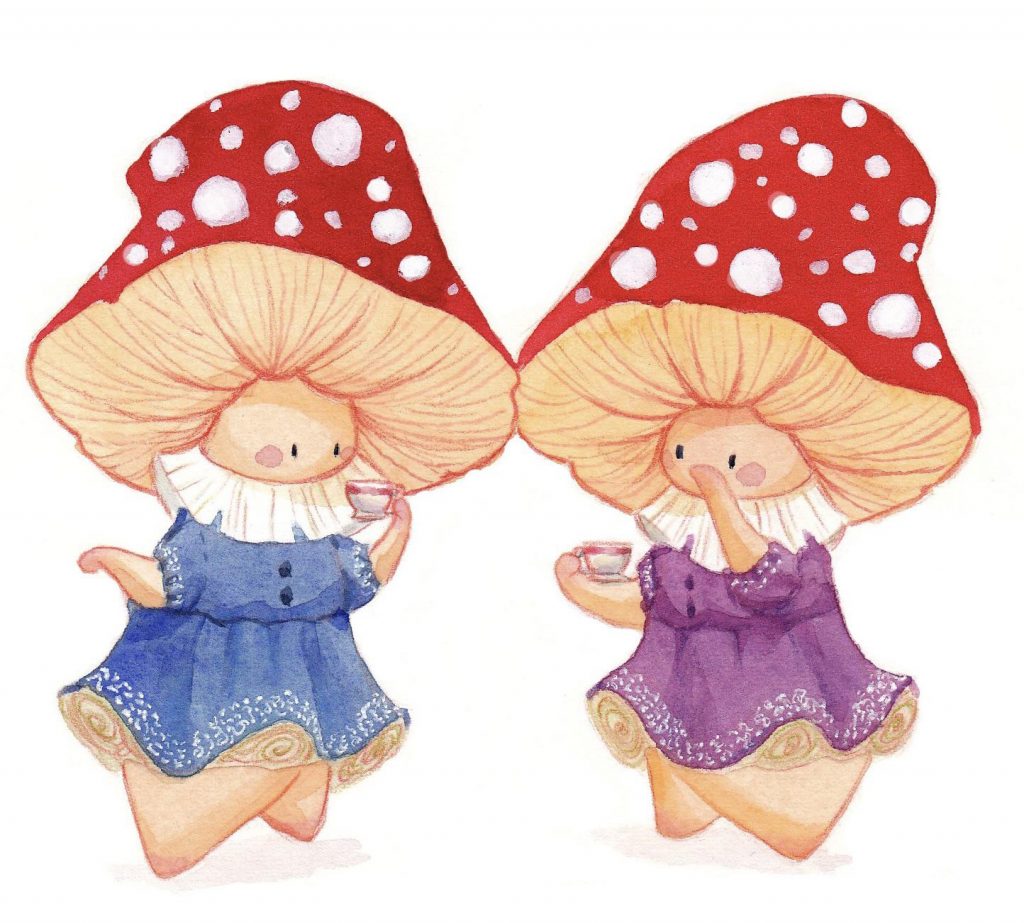 The environments from some of Ian Hubert’s work: Moss Assets

I started by creating the Cuties­––the mushroom people.

I began with the simple process of getting each of the primary shapes for them and joining them into one object, using the Remesh Modifier in Blender, then sculpting them to have a better shape (mushroom heads, fat bellies, etc.).

Then, I texture-painted them and gave them some subsurface scattering in the material.

The eyes were super simple––black with red subsurface scattering. They were made by using just an icosphere. 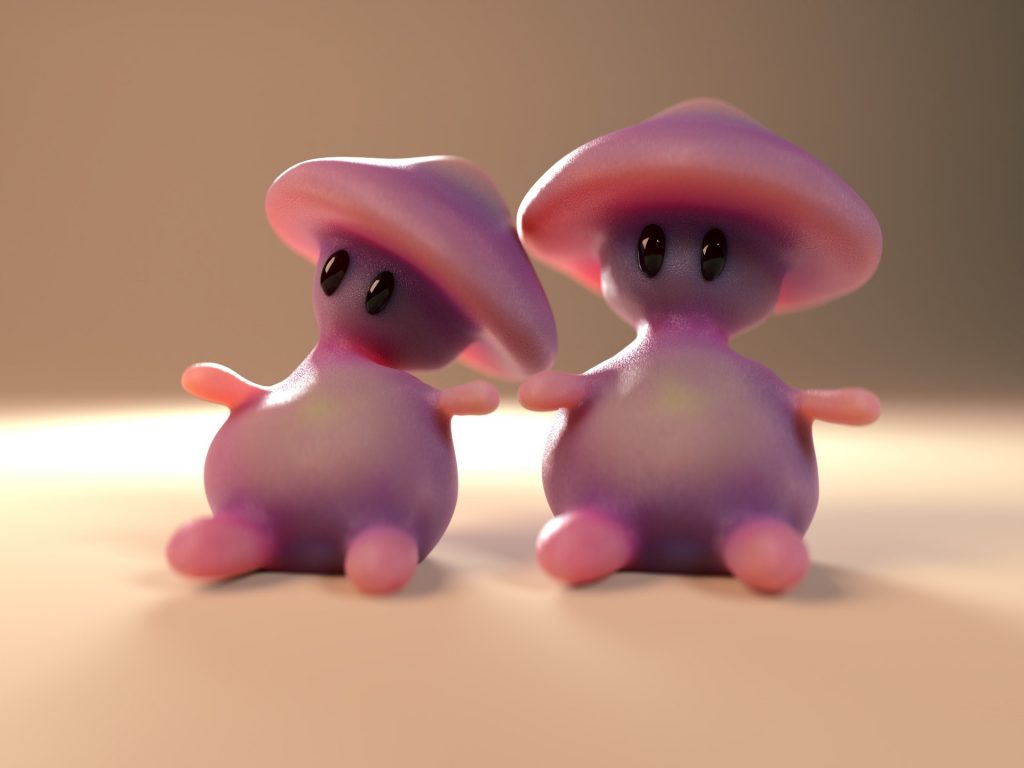 The Sleeping Mouse was actually something I made a while back.

It was originally made for the Traveling Fairies render that was featured on Blender Artists on 22nd Jan. I closed his eyes by edited them and animated him doing cute sleepy mouse movements!

Here is the animation of the sleepy mouse.

I also have the model up for sale on Blendermarket. 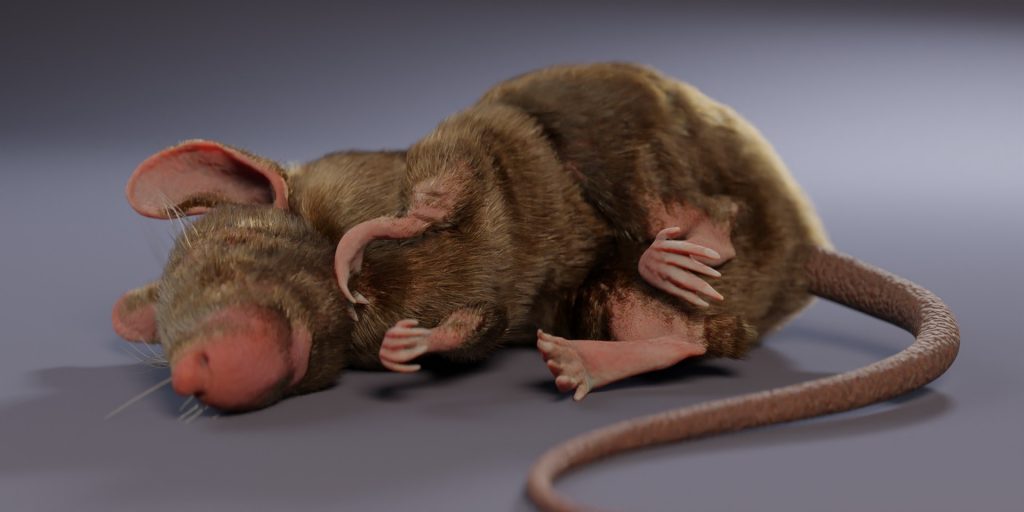 I downloaded a stump, a small log, and a terrain from Ambient CG and converted them to Blender.

For the lighting, I used only the built-in sky texture in Blender, Nishita. 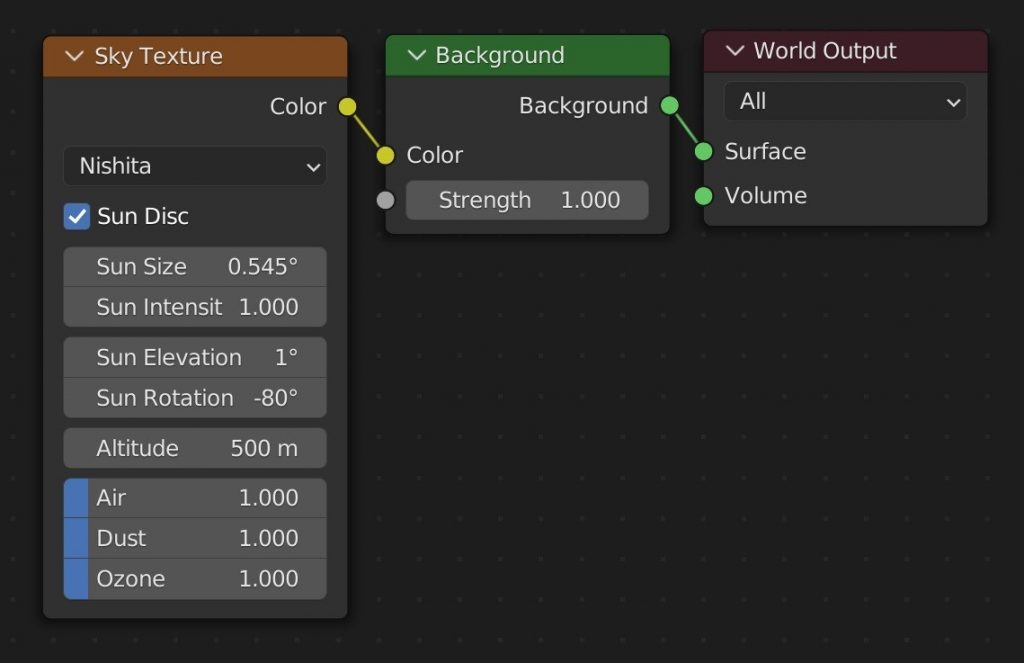 I also used Ian Hubert’s photo-scans for the rest of the static components.

I threw in a volumetric shader with the following settings: 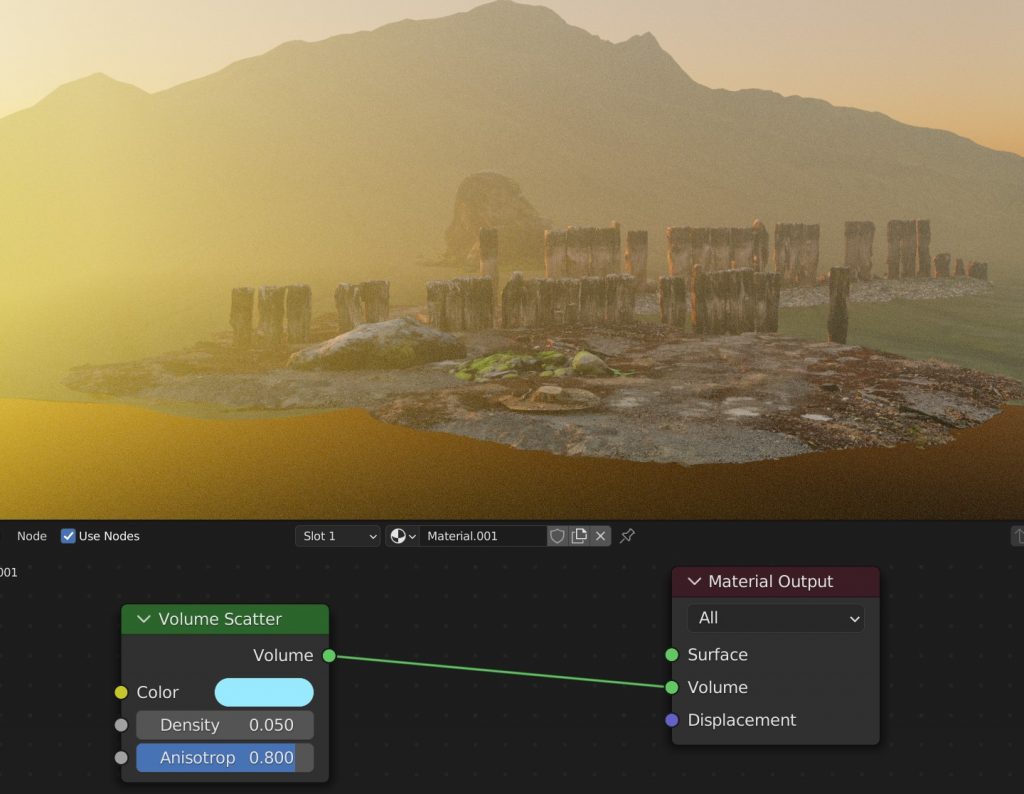 I mostly used the Geometry node assets I mentioned at the start. 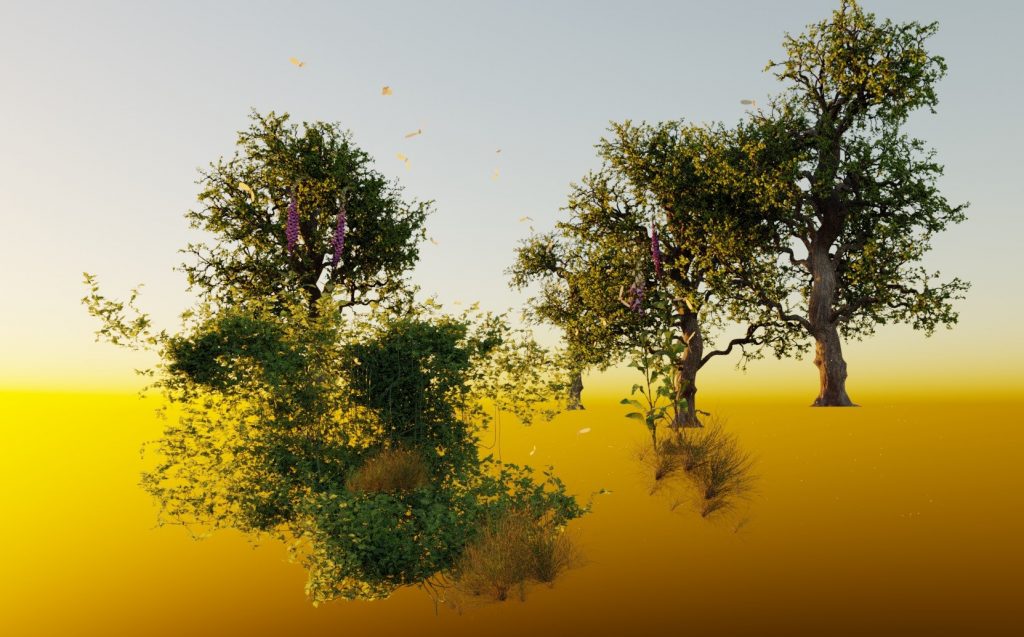 The assets I used were:

If you like all this stuff, they are all available on my Patreon!

I actually did the audio in blender, with a feature I’m sure almost no one uses. If you don’t know what it is, Anthony Horn made a video on it after I showed him they existed! 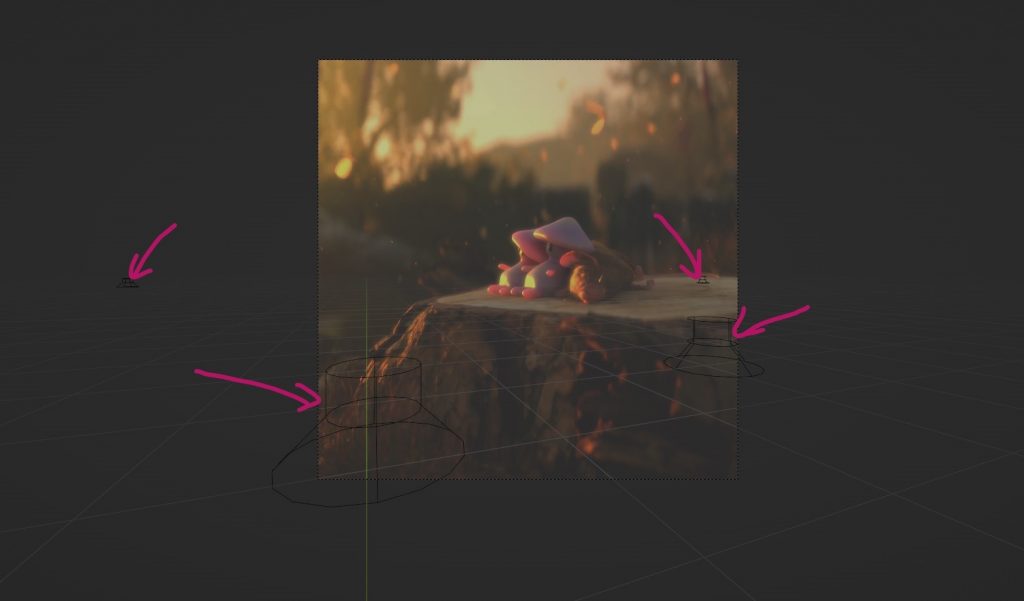 I downloaded the audio Birds In Spring (Scotland) and Autumn wind and dry leaves from Free Sounds.

I added the render as a background image in the camera, and placed the speakers where I wanted ambient audio.

To wrap up the process, I used Nuke to add glow and color grading to it.

I created the finished .MP4 file in Blender with the audio added in and the final composite exported from Nuke. 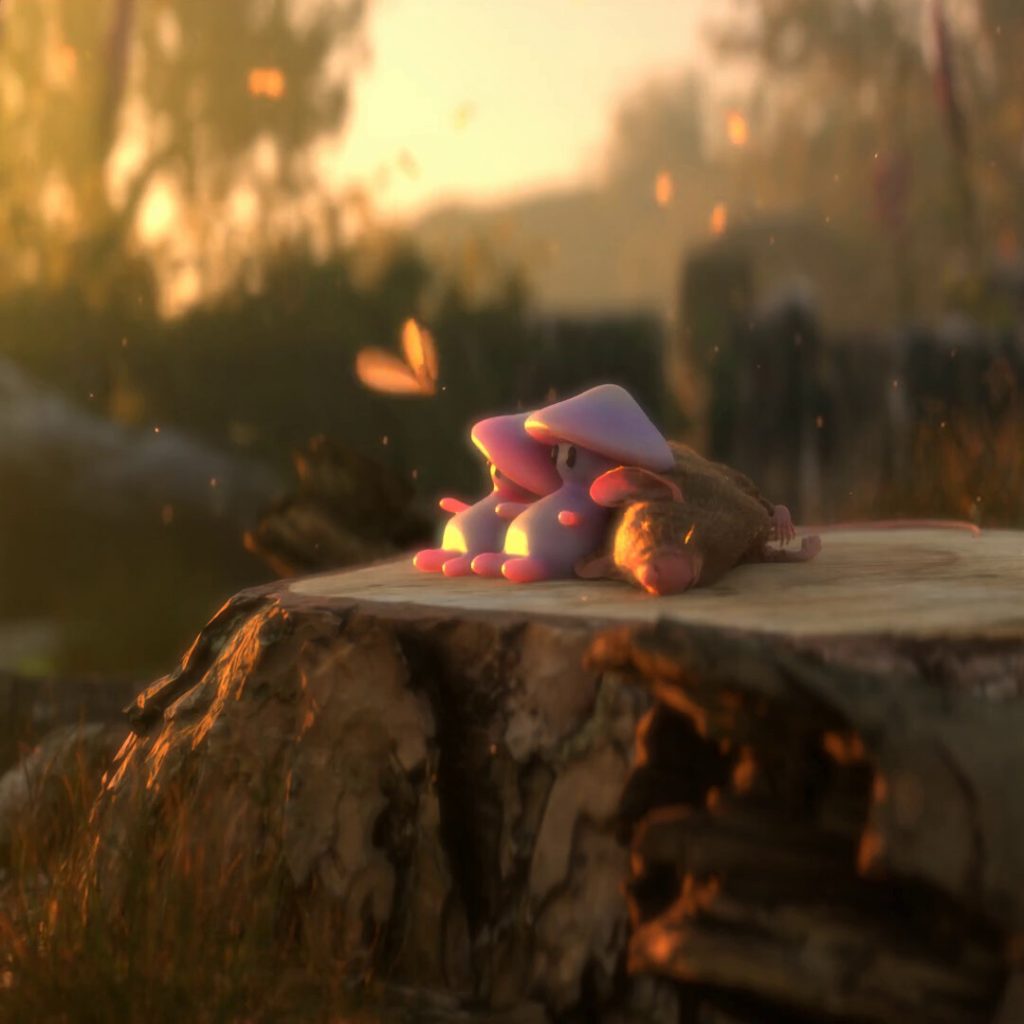 He always gives me lots of inspiration! You should totally check out his videos and have a look at his cool Scifi Kitbacking kit. 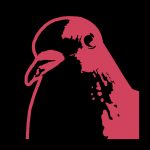 Felicia White, is a full time Drafter and an art hobbyist from Perth, Western Australia. 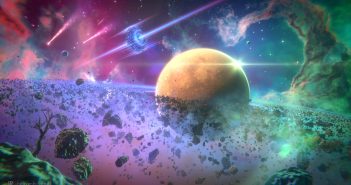 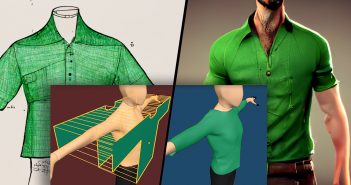