Hi, my name is Erika Yakabi. I am a 3D artist from Peru. I studied graphic design but had an interest in 3D when I learned 3DMax at college.

I work at a digital advertising agency. To produce more content, I wanted to try using 3D assets so I began searching for a program that should be better to use. During that time, Blender 2.8 became available, so I followed Blender Guru’s donut tutorial to learn how to use Blender, and that’s how I started.

For now, I use Blender for personal projects, trying to improve my skills.

I was looking for some characters to practice 3D modeling and sculpting. I loved the dragon character designs from Xavier Collette’s Instagram so much that I thought I’d give it a try. 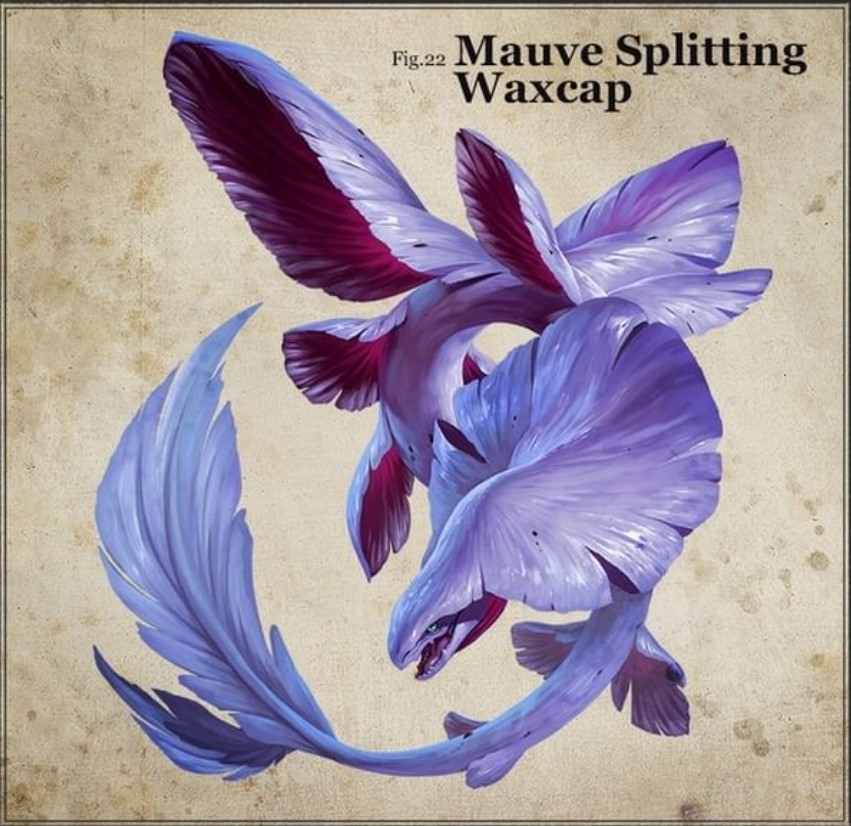 For the body, I used as many planes as I needed for the wings, the tail, and the crest. The body was a curve, easy to edit and pose. For each plane, I used Solidify and Subdivision modifiers. The mesh was posed like the original artwork. 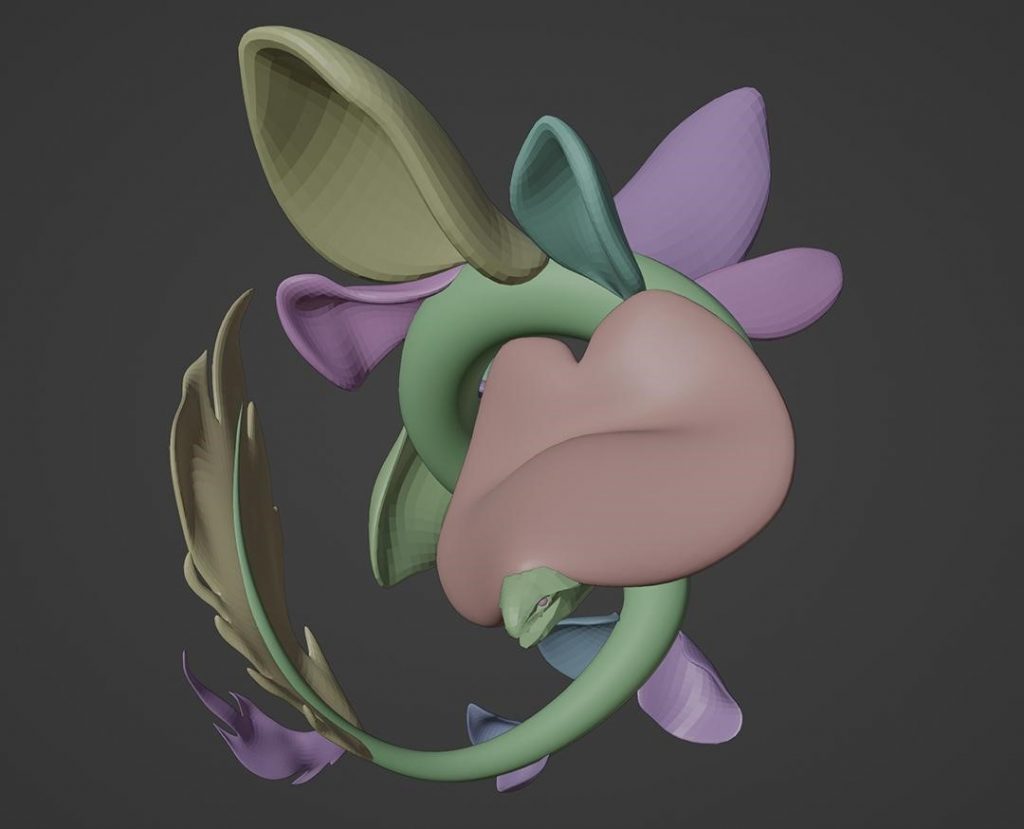 I sculpted one side of the wings, and then mirrored the meshes and added the details so that each wing was unique, according to the original artwork design. I divided the head in two to sculpt the upper side and the mandible better. I sculpted with dyntopo and then I used the decimate modifier to lower the polygon count. 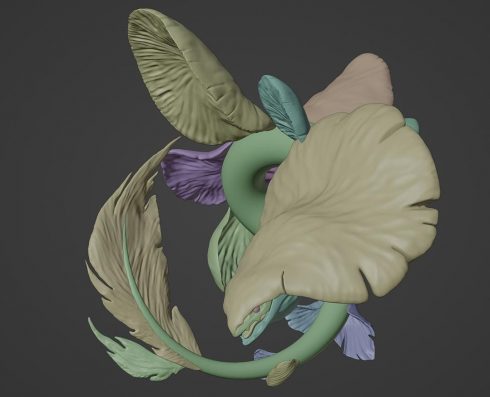 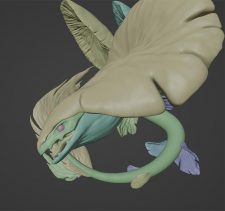 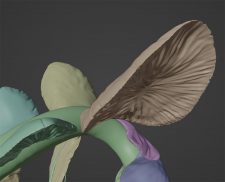 After that, I used the bool tool to unite all the parts into one single mesh and fixed the connecting parts. 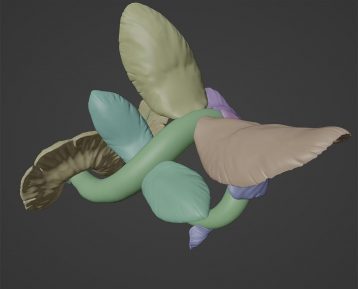 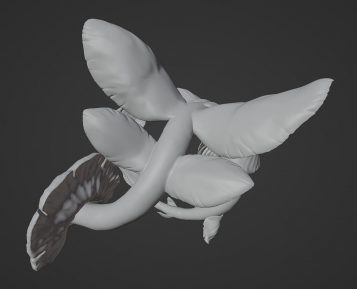 I retopologized it so that I could paint the texture map. This is one whole mesh. To maintain the details of the sculpture, I used the multiresolution and shrinkwrap modifiers while using a low poly mesh. 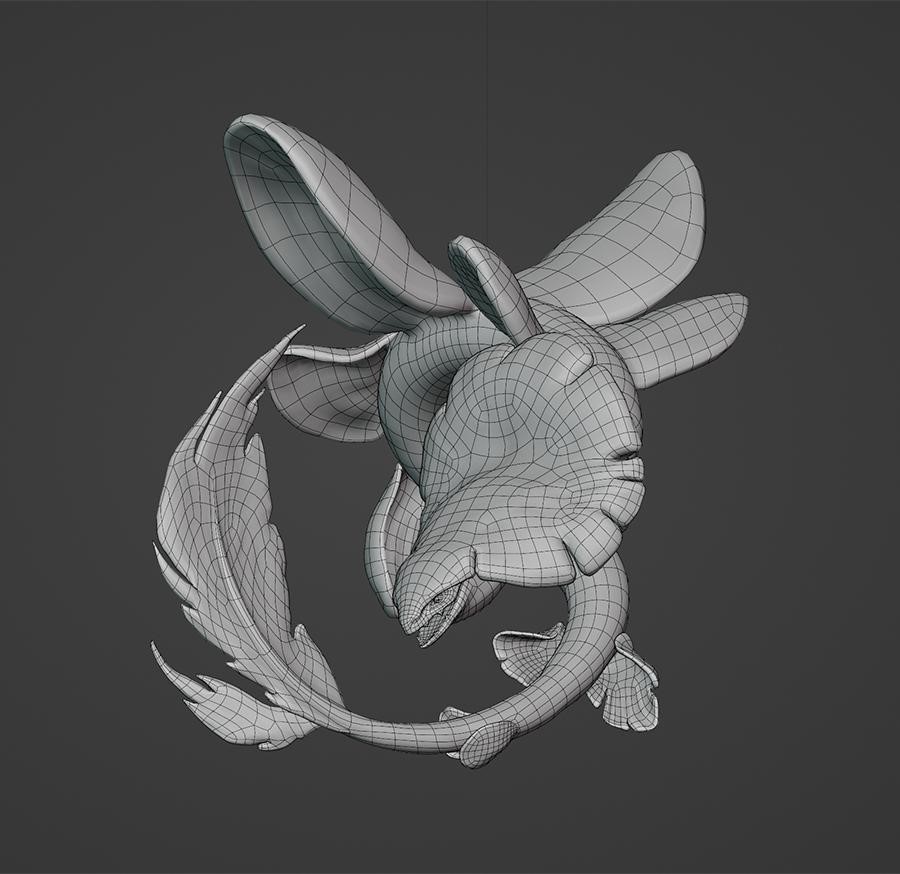 I manually painted all the maps that I used in this project. For the color texture, I painted it darker than it should be because the lighting would make the colors brighter.
This is how it looked in the material preview. 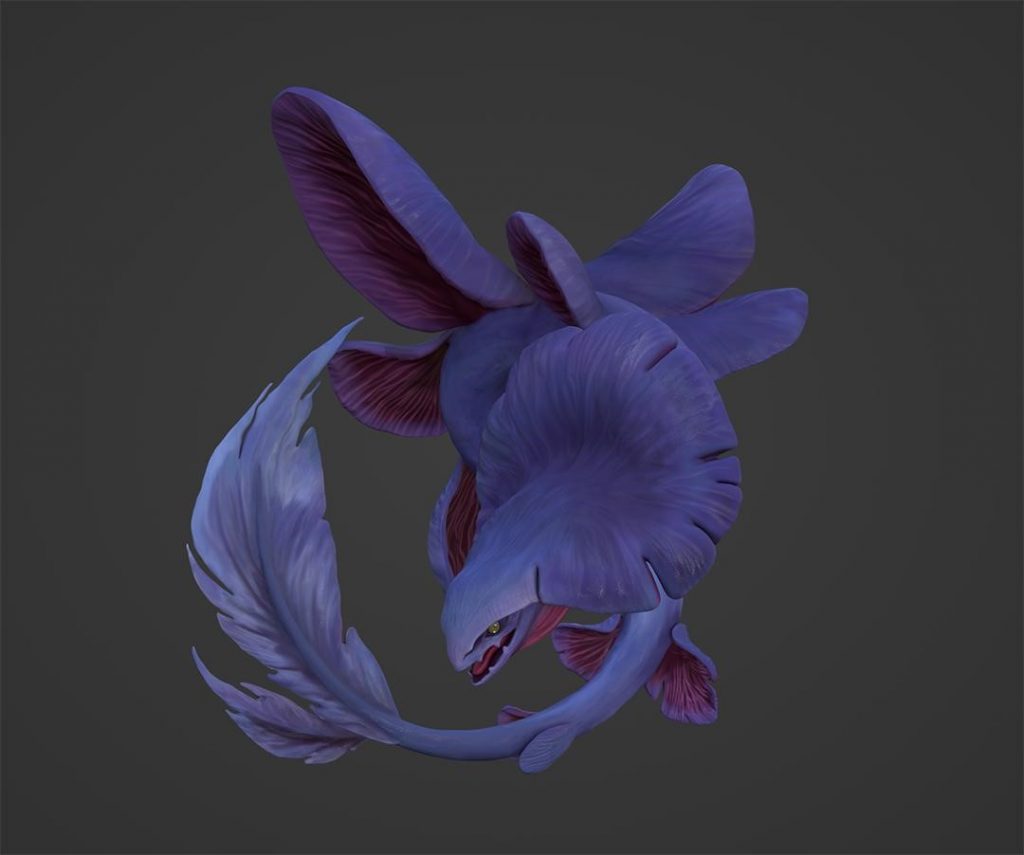 But with the lighting, I realized that it didn’t have strong shadows. 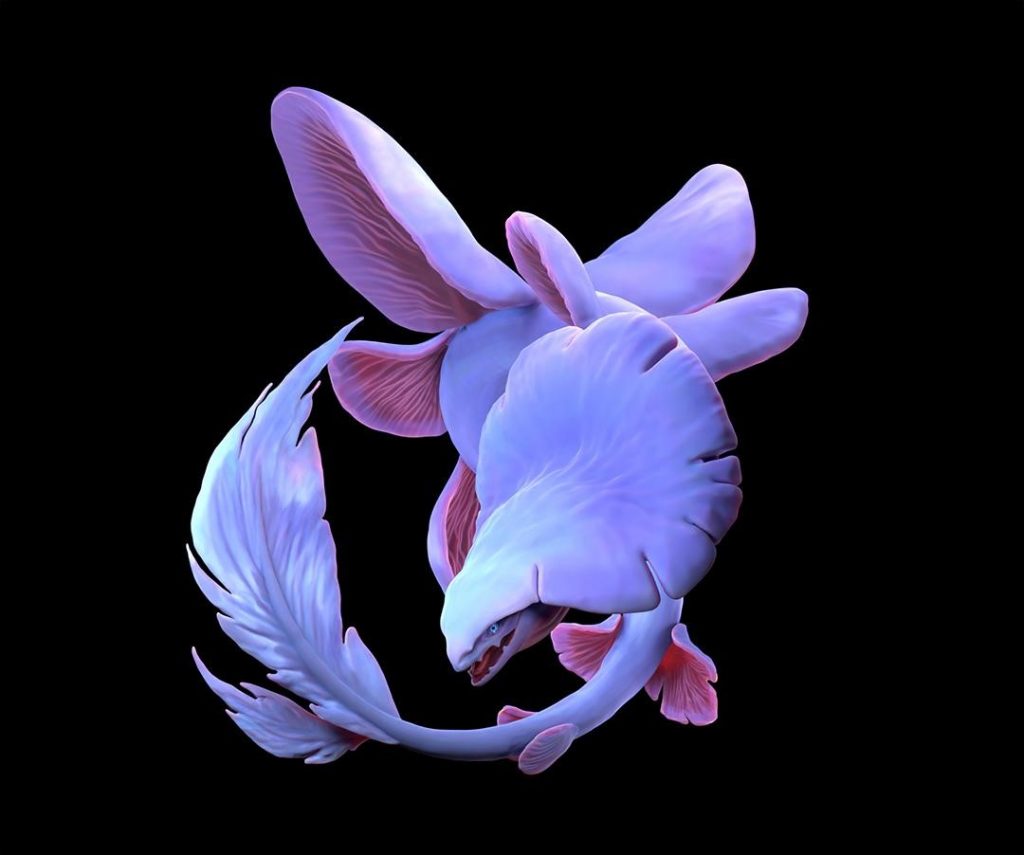 So I needed to use an ambient occlusion map. 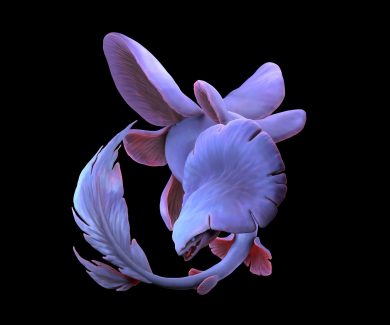 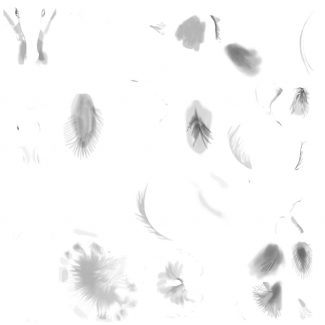 Next, I wanted more pronounced details that the multiresolution and the shrinkwrap modifiers didn’t catch. To simulate better what could be seen as veins of the flesh or gills of the cap of a fungus, I painted a height map to make the details pop. It is subtle but it made a difference, especially on the wings. 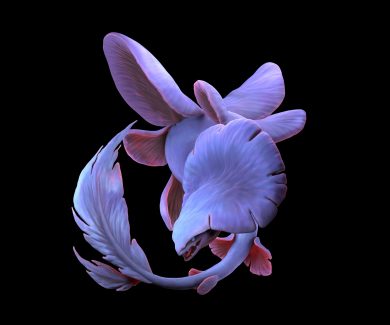 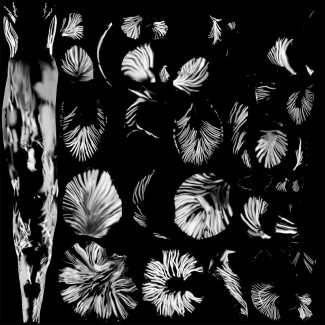 Next, I wanted those details to shine. So I painted a roughness map similar to the height map. 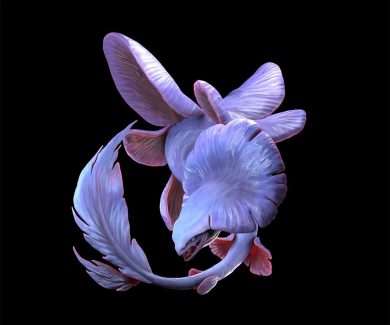 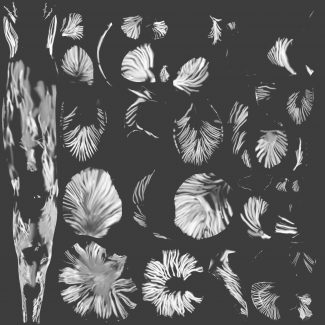 After realizing that it was becoming too shiny, I added a specular map so that the colors retained their vividness. 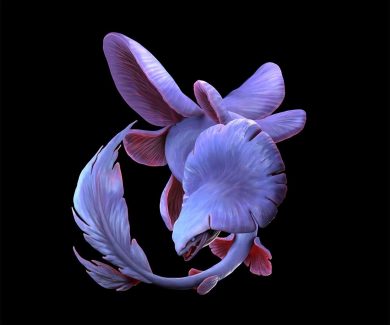 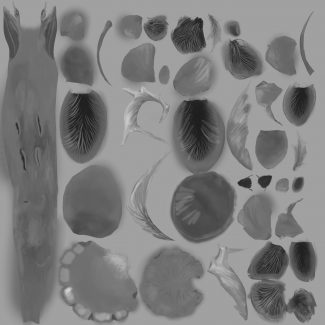 This was the final result of my material nodes. I added a little bit of subsurface scattering to make the wings look more like flesh, and voronoi noise to the height map to make the skin look less smooth. There was a lot of trial and error in painting these maps. 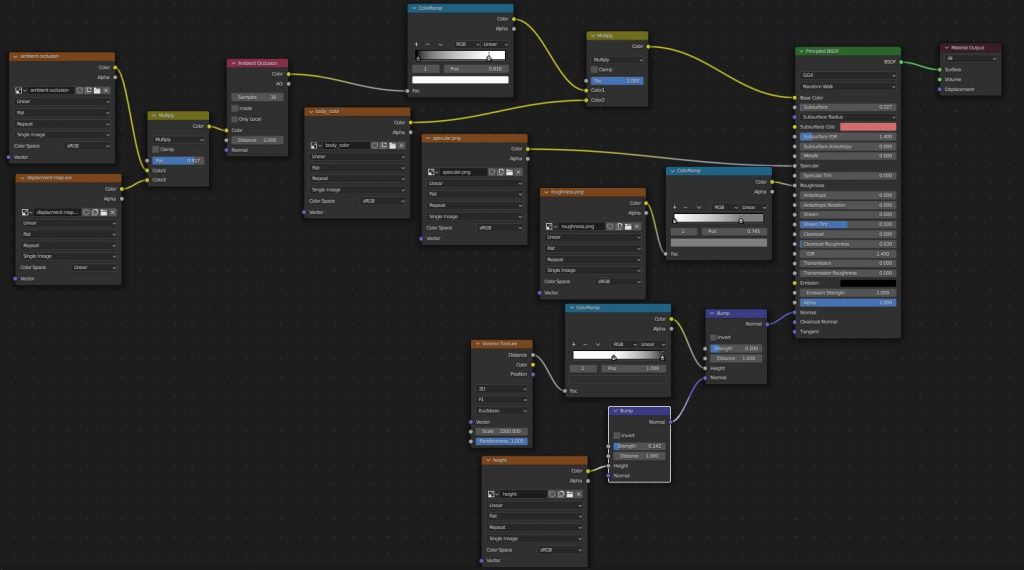 For the lighting, because the creature is so large, I used 5 main lights and then added a light for each wing that needed more light, just enough to make the details visible—one behind its crest, one in the space between the tail and the right-wing, and one aimed near its head. I used 15 lights in total. 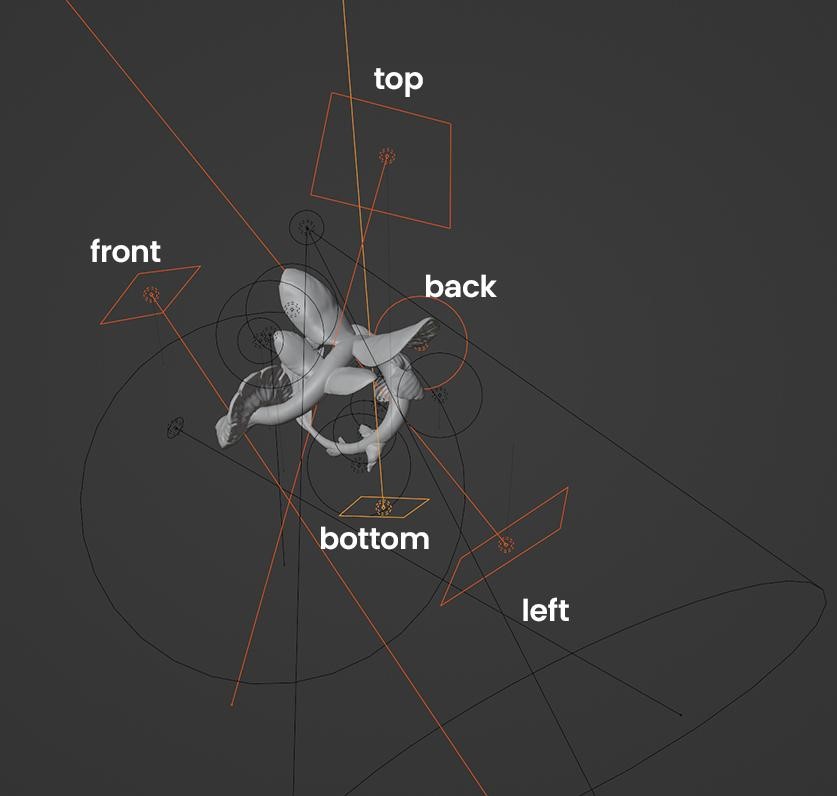 I rendered the scene in cycles with medium contrast. I didn’t need to do more tuning. I was quite happy with the render. 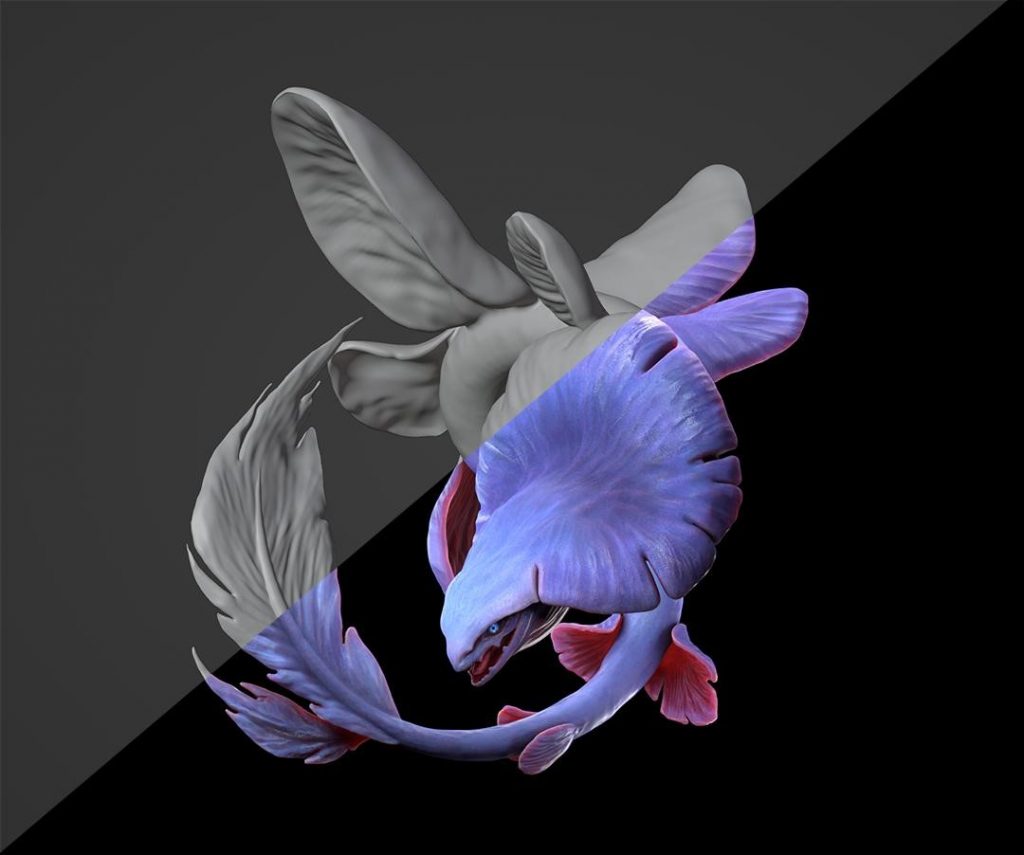 And that was the process of making “Mauve Splitting Waxcap". 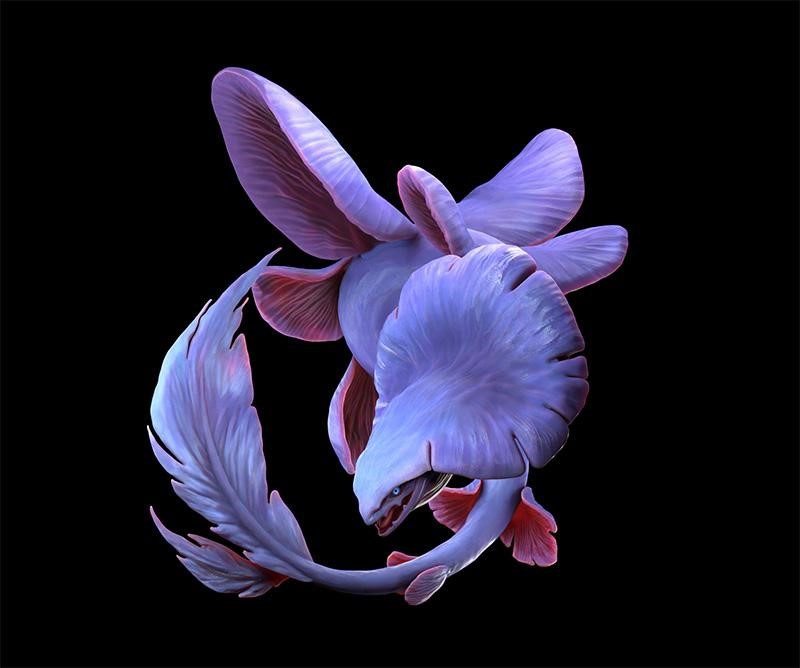 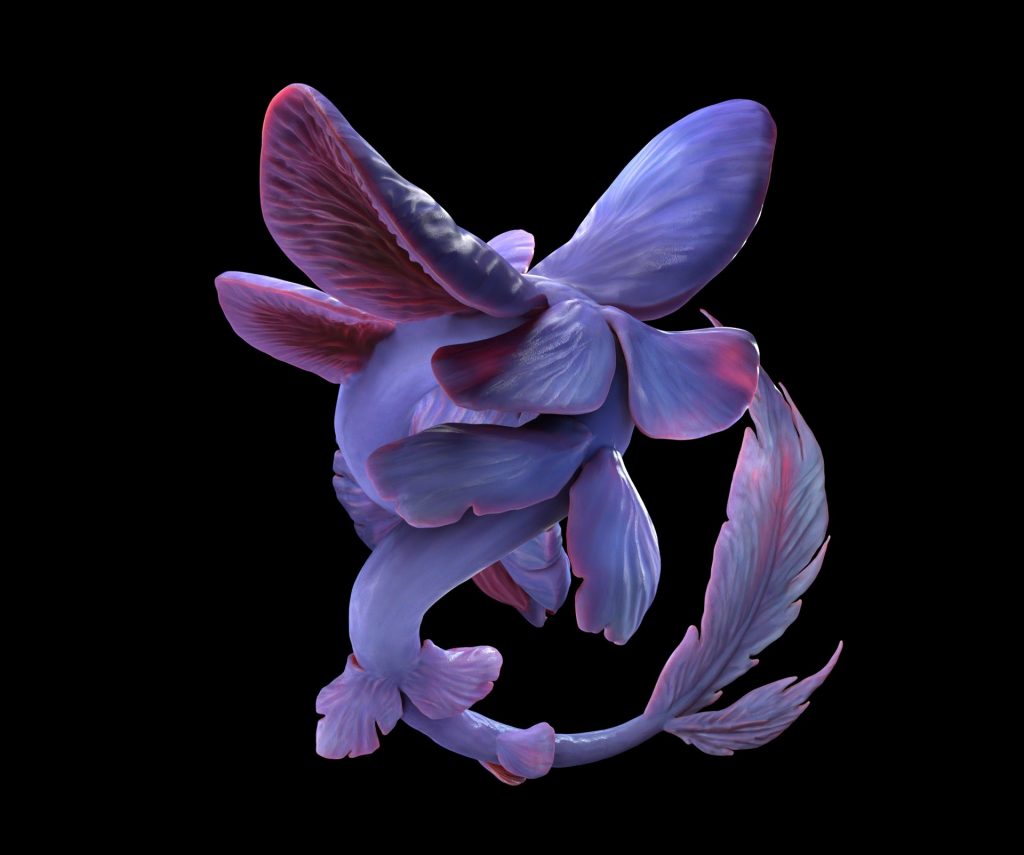 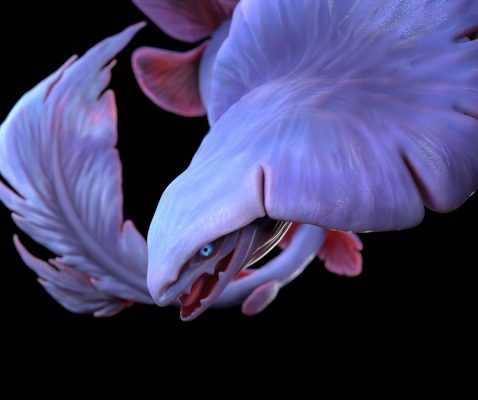 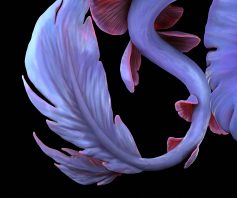 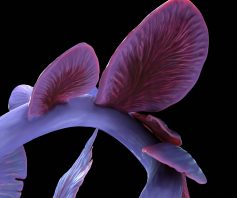 Hope you like it :)
Feel free to comment and ask me any questions!
Thank you for reading!

Erika Yakabi, is a 3D artist from Peru, who is finding passion in modeling fantasy creatures. 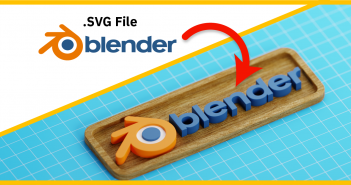