In the previous add-on beta release, I was overwhelmed by the responsiveness of this add-on and my excitement has not waned. The software can revolutionize and democratize motion capture in a way we have not yet seen. New capabilities in the release include more accurate hand capture, facial expressions like smiles and raised eyebrows, full-body motion capture and more accuracy all around.

This add-on democratizes the mocap element of animation. Using a webcam alone, full-body, hand and head motion capture is possible. This release marks the further development of motion capture software utilized in Blender that has far-reaching consequences and is a true solution to easy and accurate mocap.

One of the exciting capabilities of the add-on is intricate finger and hand motion capture, which, to me, can be as expressive as face capture. To get that subtle detail in your game or project can add so much value to the story. Another feature the add-on can produce is multiple baked actions, which can be imported into a game engine for instant switching between different actions to create a much more interesting game.

Screen capture of Unreal with BlendArMocap motion capture imported into Unreal
I can't describe accurately how easy the motion capture process is with this add-on. Literally capture the performance at your desk...I mean, it's incredibly empowering. One can create minutes of animation sitting at one's workstation. As soon as the character is rigged in Blender, you're ready to go. No need for huge motion capture spaces and dozens of specialized cameras, multitudes of markers and sensors and gloves and head cams.

Transfer to a game engine is also easy with Blender add-ons. Unreal and Unity can accept the motion files and preview is at 24 frames per second....no need to render. The motion is accepted quickly into the game engine, with results viewed and reviewed for quality.

Using the plugin is a very easy. Just one button opens a webcam window and records the motion. No tedious registration, the recording starts when the webcam window opens. The tracking can be seen in the webcam window. Once the motion is tracked, the mocap is transfered to a Rigify rig, and results are instantly visible in the viewport window.

Screen capture of Blender with the BlendArMocap full-body motion capture

The release version is a complete motion capture solution. Denys has incorporated experimental leg motion capture, which can easily be modified and edited from the capture to create realistic motion. Full-body motion capture is possible now with this release version. The plugin is meant to be used with a fully rigged character in Blender. Previews can be played in the viewport. The small footprint of the area of capture eases the preparation of a large capture space. One can motion capture literally at the workstation. Of course, the resulting animation can be edited in the graph editor and pose editor for further refinement.

Screen capture of Unity with the BlendArMocap .blend file imported into Unity

Hand capture has become a lot more stable, as evidenced in my project for American Sign Language. The video I created of the ASL alphabet took just a few minutes to record. I hope it can be a useful tool. I could not have created it without BlendArMocap. The code Denys created incorporates sophisticated capabilities into the Blender add-on. (Test of american sign language... ).

Denys is also creating tutorial videos on YouTube to make it easier to get started with the add-on for optimal success. He has released a video showing how to integrate BlendArMocap with Rigify...it is on YouTube here. Subscribe to his channel to get more video content.

In comparison, the add-on fares favorably with other motion capture software and hardware. The results are measurable. Try the add-on and see for yourself.

It's a testament to Blender Open Source to have an add-on this powerful and useful. Denys Hsu has already created a very complete project in this initial release. He is constantly working on future releases in the development of this project. Many more fantastic features are coming in future releases. The total scope of the add-on is a testament to Denys Hsu's ability: a complete motion capture solution in an add-on less then a megabyte in size, working on a webcam camera, is truly amazing.

Mike Amron is a digital artist who has worked at many vfx companies. His profile picture is a scan rendered in Eevee. 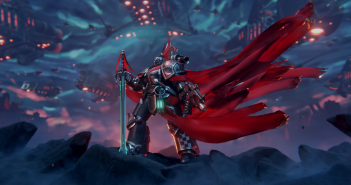 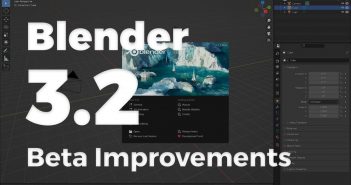