This is a short animation I created for the MSI Creator Awards 2022 challenge for the theme "Create Your Utopia". You can learn more about this challenge from here - https://www.msi.com/Landing/creator-a...
From June 27 you can vote the entries that you like so if you liked my work then please consider voting me :) I put my heart & soul into creating this, I hope you like it :)

This is the most complex and challenging project I have ever done. It's 100% CGI made in Blender in about 292 hours within a course of 2 and a half months. Editing done in Da Vinci Resolve.
If you want support what I do then the best way is through Gumroad :)

As I heard the word utopia the virtual world came into my mind. Where we can turn our imaginations into reality. I took inspiration from the Metaverse, Free guy's utopian world, Tomorrowland and Architecture Ideas from Vincent Callebaut. I didn't want it to be cyberpunk..ish, I wanted it be more like alive and green like Solarpunk.

The whole animation took me about 292 hours to make (except render time) within the course of 2.5 months.

The whole project was heavily dependent on geometry nodes, I made modular models like blocks that were instanced to make a building and then the trees were instanced on it (Sounds simple but its not). So you have the control over the no. of the storeys, length, width, seed and even rotation as in the case of the Agora Garden building (The largest building). I even made the waterfalls using Geo Nodes because I couldn't afford heavy simulations. I also tried using using a video as a mask on a plane for the waterfall, but that didn't work out for me.

What I made by myself and What I didn't

I made every single building myself (except one which you can't even see) because that's what the point was.

The things that I didn't make by myself were the people which I found online then rigged it with mixamo and animated it (Yes they were free because I couldn't afford buying 3d models) ; The Vehicles except the Tesla Roadster, Model S, Model Y Cybertruck & Lamborghini Terzo Millennio which were created by myself in the past ; The toys and the decorations in the room were mostly from Blenderkit and Sketchfab ; & Lastly the Character Base Mesh which I created using MakeHuman. I Created the clothing and animated it using my own hands.. Yes, I also created the PC by myself.

(See the links in the video description for the used assets)

The major problem that I had along the way was that my PC (i5) lagged a lot while working on this project, as it is the most complex project I've ever made till now. But things got even worse, I couldn't go to rendered mode because every time I tried to render, my GTX 1660 (VRAM- 6gb) ran out of memory. So I couldn't even see how the scene looked like with the trees, the people and the vehicles. So I rendered out more than half of the animation on a render farm (Garagefarm.net in case if you wanted to know).
So It took 68 Minutes on the render farm and the scenes that I rendered on my PC took 22 hours &
23 minutes . A total of 23 Hours and 31 Minutes

In the End I'm very happy with the result I got, I learned & improved a lot by making this project. I'm planning more animations to do in the future :) 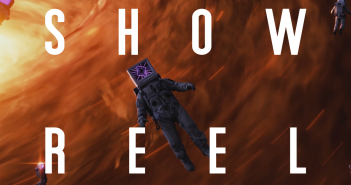 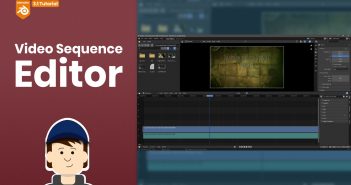