Hello! My name is Evgeny Esmanovich from Minsk, Belarus. I am 30 years old and have been doing computer graphics for a while. My first impression of 3DMax and its capabilities was back in 2006. Then, I made videos for Counter-Strike 1.6 with the rotation of the camera around the bullet shot.

After that, 15 years passed, and I actually started learning blender and other game development programs all over again. I love nature very much and spend a lot of time traveling along rivers, mountains, lakes, and fields. Therefore, the environment is very close to me, and when I create it on the computer, there is a special feeling—I am immersed in this atmosphere.

The theme of the Norwegian fjords and medieval Vikings is quite interesting.

The goal was to create a stylized medieval Viking environment.

You can dive into any service like Pinterest, hire lots of fjord and Viking-themed references and start using limited modeling.

In this small scene, I did not use a block out. I started by modeling the main object in the scene––a tavern. The model is low-poly, and it seems to me that the details make it interesting. For example, the roof is modular, made of several elements, plus it is complemented by medieval shields and broken boards. 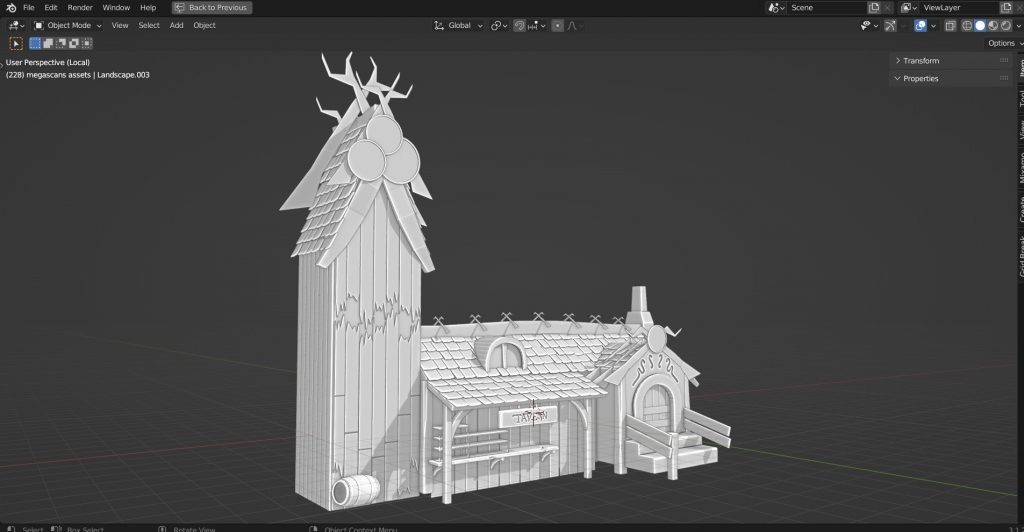 The second object in the scene is a Drakkar (a Viking longship). I modeled the ship and added little details in Blender. I sympathize with shipbuilders :P 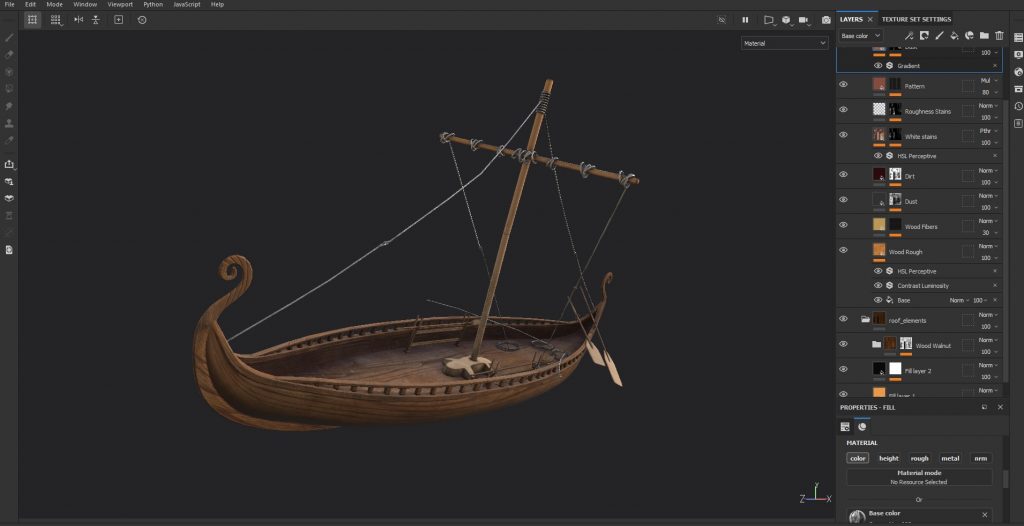 I passed the texturing stage through the substance painter and imported all the textures into the scene.

The scene is quite simple; there are two main objects, a tavern and a Drakkar. The rest of the atmosphere is created by various details, such as birds, barrels, evaporation, clouds, stones, and water. 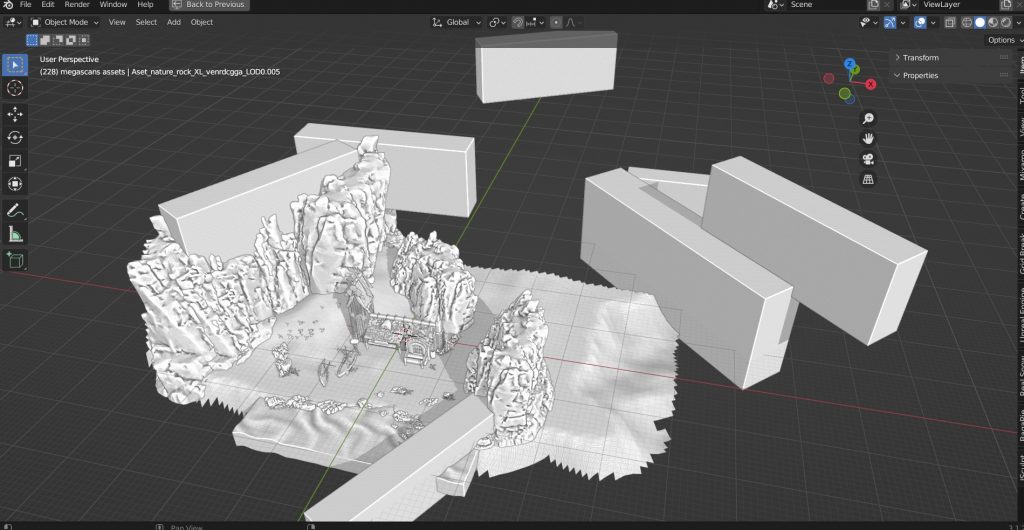 I painted the birds with an alpha brush in Blender, which looks like this:

I took the rocks and vegetation from Megascans by Quixel, though only changed the shadeг. 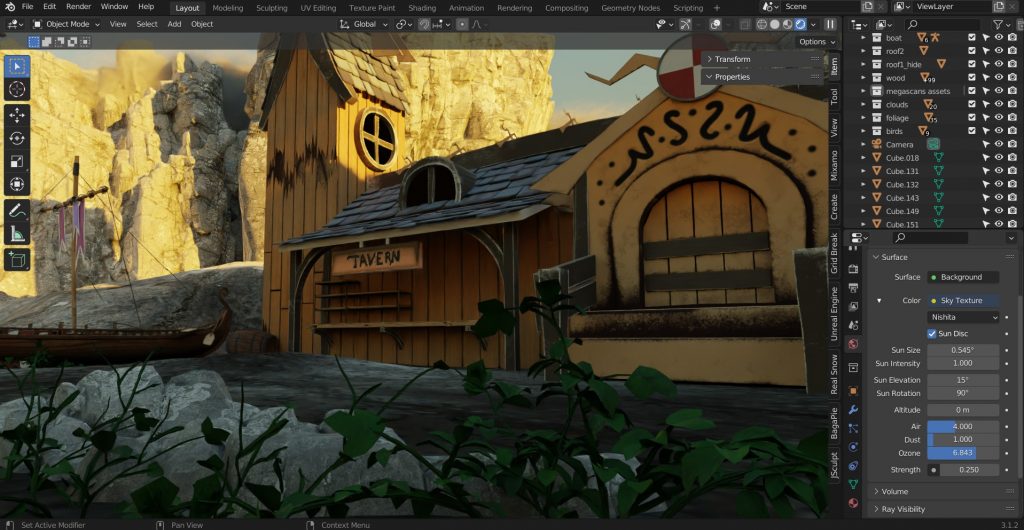 I made clouds and vapors with a fairly complex node, using a gradient node connected to the principled volumetric shader via a color-ramp and through a multiply math node. 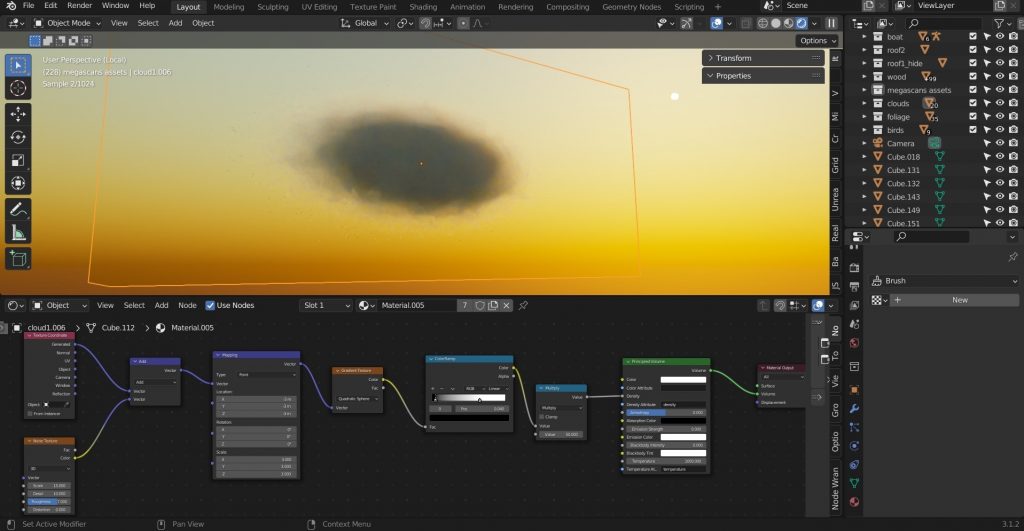 The Water material was a simple one with a Layer weight, a glass BSDF and a transparent BSDF connected to a mix shader. 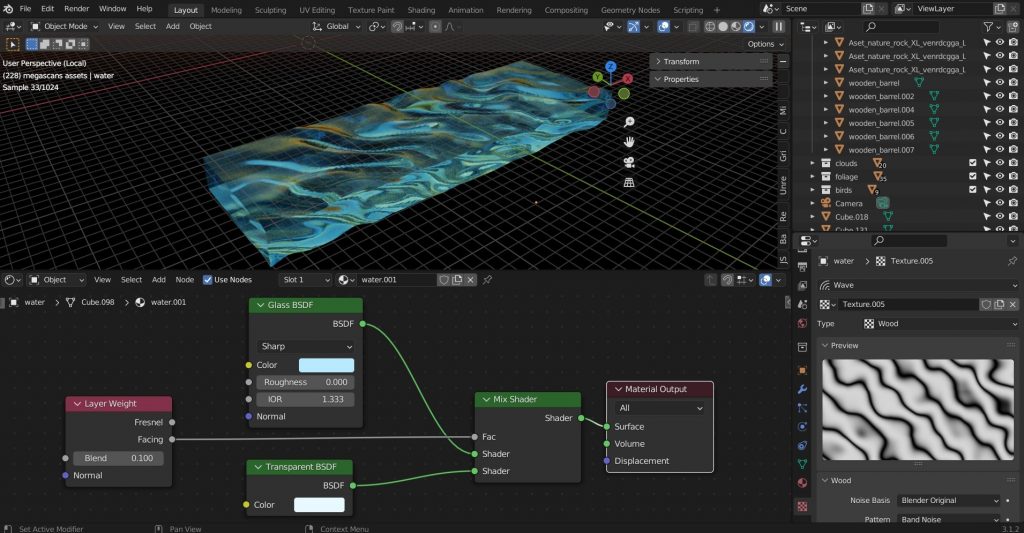 That was how I created the Scandinavian Fjord or Viking Tavern. Thanks for reading! 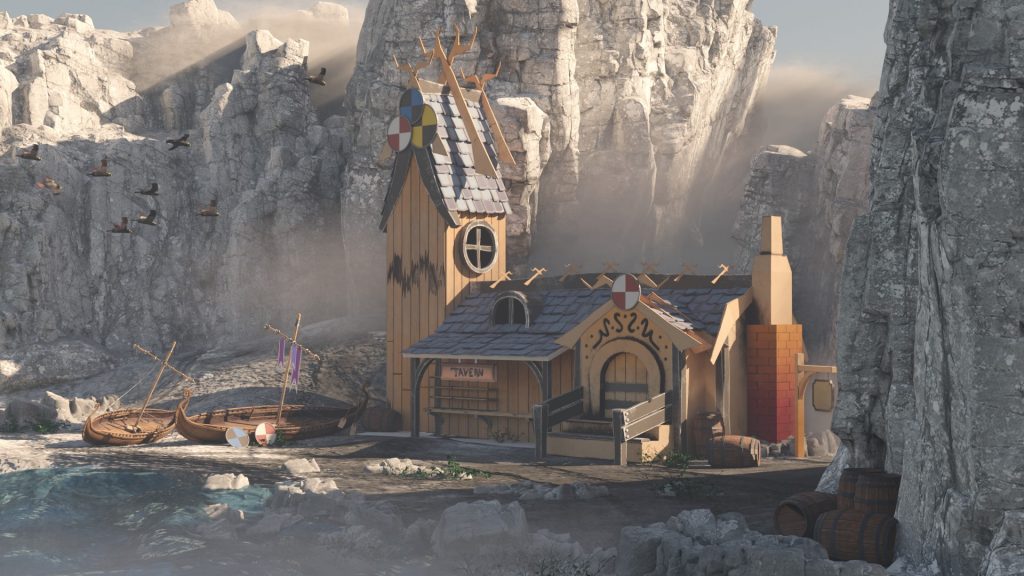 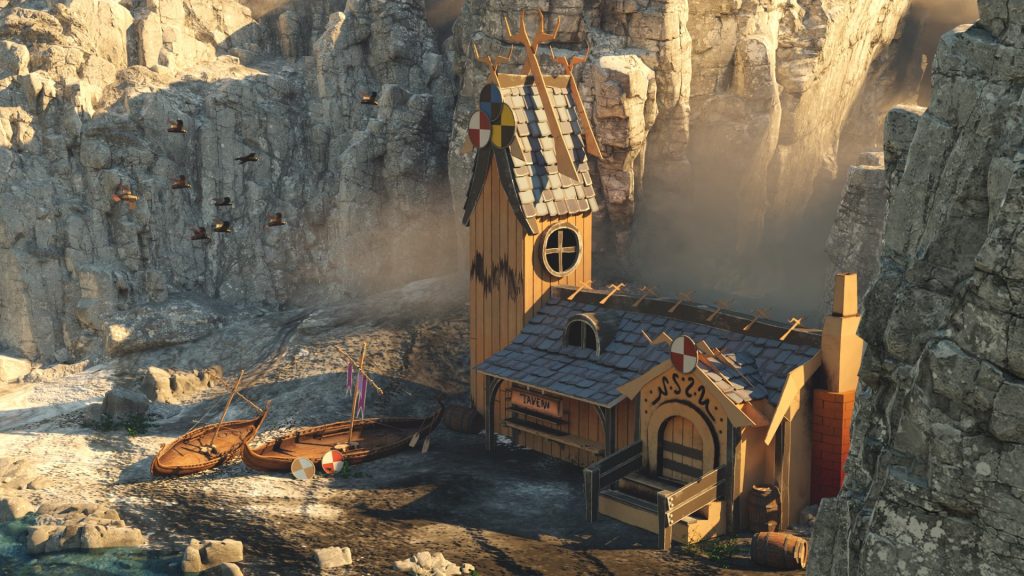 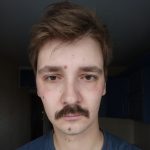 Ugin Molodoy (Evgeny Esmanovich), is an environment artist from Belarus.