I've been dabbling with blender ever since 2.8 came out. I was working on personal work in other software but decided to change to blender. The eco system, the available knowledge and information being shared out there is phenomenal and it's just staggering how fast the program has progressed in terms of ease of use and agility.

I primarily come from a visdev background doing conceptual paintings, story moments and set design. In that part of production mesh flow and polycount are not really followed stringently as it's the idea that is most important and how you present it. All the time is invested in that goal and getting it to the director as quickly as possible. However, I've been pushing myself to get better at that as I dive into personal projects in blender. But - I'll be honest and say a lot of these meshes would make people cry. Blender lets me push the idea out and then paint on top to polish the look after. A lot of my work veers towards the previs look as I know I will often show tighter concept paintings along with the moving idea.

All that being said, I have been plugging away at a project in blender piece by piece and slowly stitching it together. This is a small sequence from that project and I thought I would share here for those who may be interested. A quick process video of sorts is also included. You can see in that how I have used many of the previously pioneered ways of doing things and tried to put my own twist on them. Most of it is nothing new. Also you can see how I changed things as I went along. More sketches and paintings from the larger project can be seen on my website for those interested.

I'm trying to do the entire process in blender. Zbrush was used for characters as well as Adobe medium VR for quick enviro shapes, but it all eventually goes through blender. I also edited in blender to try the editor out. It turned out to be a clean experience there and I was surprised at the ease of use with that too.

I tried to keep all cuts flowing and moving and not jarring the eye too much. Animation is simple and used the auto rig pro plugin, which made life much easier. I still needed to adjust weights a little. So much of this is basic but it was all I needed to get this part done. Textures were simple. Some personal photo rock textures blended without UV. I used a little of the ultimate clay shader for skin. I used two freely available CCO snow and ice textures and the Atmosphere plugin for sky and clouds. A lot of the time, keeping it simple is best and I tried to follow that mantra. Simple color style choices that I needed to look strange, simple animation and a direct path of action.
I just wanted to get to the core of it quickly.

I plan on picking some frames and painting into them to convey the full final desired look.

Important: Music by Karl Casey @ White Bat Audio on both clips. The project  was rendered in EEVEE on an older 1080ti.

I'm a designer with experience in animation and film, primarily working in visdev and development. In my spare time I like to dabble in blender and work on my own projects. 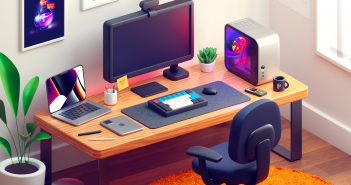 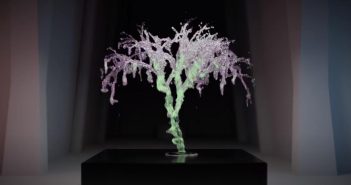