This is a sculpting timelapse video showing the full process of character bust creation(from a subdivided cube to a hi-res sculpture) of the Bagman (a parody of The Batman character). The project is inspired by this year's premiere of “The Batman” by Matt Reeves starring Robert Pattinson.

DJ used the reference to create a digital counterpart in Blender and called him “The Bagman” - a fashion vigilante wrapped in leather, chasing style crime in the city of Posh-ham. The project involved a wide range of Blender’s excellent sculpting features including dyntopo, masking, remeshing. Using PureRef for viewing photo reference, DJ sculpts the basic likeness of Robert Pattinson (focusing mainly on the jaw and lips area which are most visible in the case of Batman). The character’s outfit is poly modeled using standard retopo techniques including F2addon, and the cape is modeled using Blender’s cloth simulation physics. The leather mask is derived from the main head sculpture using mask extraction and then sculpted as a separate object. When sculpting specific details like leather straps DJ decided to go with modeling techniques (curves in particular) instead of sculpting in order to achieve accurate results faster. It is always good to consider what gets the job done the fastest. For fine details (such as stitches) on the mask, DJ is using multires modifier and some ready-made sculpting brushes straight from the Blenderkit online library. The same technique allowed DJ to create the zipper on the top of the head. The zipper slider was also a ready model from the same source as well as the materials.
The intro sequence animation showcasing the model was of course rendered on GarageFarm.NET render farm. 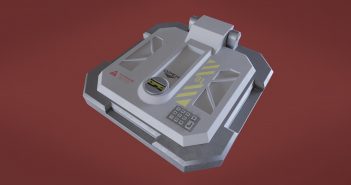 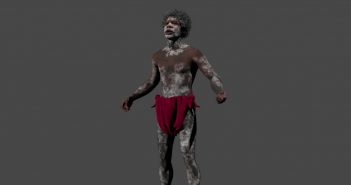