It’s amazing the help you can get on a Blender project when you want to solve a problem. I wanted to create this old Australian Cottage.

I wanted the boards to bend and for it to look real. Andrew Price has a brilliant tutorial on creating an abandoned house, so to create the basic structure I started with some of his techniques.

Many of the textures I used are from the Extreme PBR addon.

The Sapling add-on is included in Blender.

Blender Kit free assets have a number of great logs and I used one for the bottom of the Sapling because I couldn’t stop a section of the sapling from flickering in the final render. I tried everything but in the end covered it with bark. Along the way, found a lot about white noise, artifacts and denoising. I like to use the compositor for denoising.

I originally used the HDRI as my background and foreground but couldn't move without it moving the foreground which looked terrible. Used a high grade HDRI which I obtained from Polyhaven.

I made my own foreground by following an amazing grass tutorial by CG Geek, but I wanted to animate the grass.

I spent hours trying to learn how to do this so that it looked real. I tried to follow many videos and In the end it was easy. I followed another great tutorial by Oby.

Using the particle system grass from the video above, you can animate it easily with the Wind Force Field in the drop down Add button in Object mode. Then use a Turbulence Force Field. Animate the Turbulence to move across the grass using only the location.

To get the idea of shadows from the sun coming through the trees onto the roof of the house I used two spotlights but attached a movie file to it. I learned how to do this by following an amazingly simple tutorial from Blender Daily.

To get a leaf falling I followed another great tutorial by CG Boost.

Birds
To get the birds in the background I used a CC video of birds flying and using UnScreen. I deleted the background sky and included the video as an image into the scene – Add – Image - Image as plane. Make sure you use the alpha plug.

Smoke from chimney. I used a tutorial for the smoke. It was steam from a coffee cup tutorial Blender Made Easy. The smoke looks amazing..

The free assets like the guitar, log, axe, and windmill come from the BlenderKit add-on. Ivy generator used without leaves on wall and chimney.

Took a lot of time to render this animation. You can shorten this by half using AI flowframes interpolater. Transferred movie created to Imovie on my ipad. Added some stills from the scene plus smaller animations. Got some free music from Imovie to add to scene, some free sound effects of birds and crickets and windmill. Added these.

Why did I create this scene

This music and this little Australian Cottage reminds me of the Cottage where I grew up until I was about 7 or 8 years old. It wasn’t in a beautiful setting like this but in a small lane in Wagga Wagga, NSW, Australia.

Our little house had one powerpoint, a mantle piece over the fireplace which fell off one day and almost squashed me. I just managed to hold it up until my Dad came.

Mum bought a new lounge which quickly developed a stain because I tried to beautify it with bright red paint. My mother sobbed while she desperately tried to clean it off.

There was a window on the side across from the chimney where my sister had seen Santa Claus ride off with his reindeers after landing on our roof, one Christmas. By the time I got to the window, they were gone. I had just finished expressing that I didn’t believe in Santa, so that was confusing and hopeful all at the same time. I still hope to see him one day, because I know my sister wouldn’t lie to me.

There was an old copper out on the back verandah with an old iron bath. We had an old “clothes-prop” clothesline in the backyard, not a Hills Hoist.

My sister, Toni, remembers a time when a big crack ran across our back verandah after an earthquake. Apparently, we were playing with the hose and sliding across the veranda on our knees in the water. She heard it coming.

Our mother and father gave us a lot of freedom when we were kids and we had lots of adventures.
Created in Blender 2.93 K-cycles 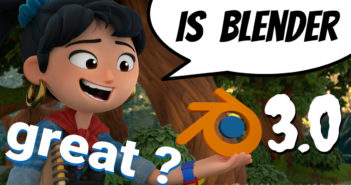 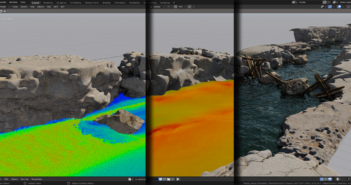