Blue Zoo Animation Studio has just released "Sinking Feeling", a gorgeous short film made primarily using Blender as their main too. The film, made to promote PAPYRUS, a charity preventing youth suicide, is the studio's first full-fledged foray into using Blender in film production after having used it successfully on a commercial.

Extremely proud of our Blender team at @Blue_Zoo for making this masterpiece for @Papyrus_Tweets on #WorldSuicidePreventionDay. Physically sinking into the ground is such a powerful, elegant metaphor to use for an often indescribable struggle. https://t.co/qYyVd51YnH pic.twitter.com/sOxPYFC8Qg

We had previously reported on the film's progress, with Blue Zoo making multiple behind-the-scenes blog posts on the production process, revealing among other things the usage of Eevee, procedural shading, and handpainted textures to achieve the films distinct look.

So i rigged this piece for @blue_zoo it was almost entirely made in #blender #b3d its a gorgeous piece of work for an important cause. #sinkingfeeling Im super proud to have been a part of it, And glad to finally see it out in the world. https://t.co/dnca1GqjFe

Check out the animated short below: 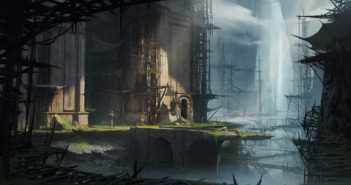