The Sky Oscillates Between Eternity and Its Immediate Consequences, a new film by Nadim Choufi, created and produced through Art Jameel Commissions: Digital.

The lead CGI artist Mario Hawat and myself, Nadim Choufi, used the 2.90 Beta and 2.91 Alpha versions of Blender for the whole production of the animated film. Thanks to Eevee, Mario Hawat managed to render more than 80,000 frames of CG in 7 weeks! This film would not have been possible without Blender, Mario Hawat, and his love for Eevee. We produced this film in 2020 in Beirut where we had many crises occurring including an economical crisis, so even though Blender is already our preferred 3D graphics software, it's mission to be free and open source, was instrumental in allowing this project to come to life.

Set in a space colony on Earth, this new sci-film explores how the future of smart cities relies on the promise of “sustainable” closed systems in the face of health and ecological crises. Two protagonists narrate how the control and exploitation of environmental life cycles and organisms become a blueprint to achieve such futuristic visions.

The 18-minute film weaves together multiple presents, as its protagonists attempt to reorder time and gain control over their lives.

The film has been acquired and is part of the Art Jameel Collection and is premiering online on February 24th.

You can watch it here.

artist working in video, animation, and sculpture. Living in Beirut. 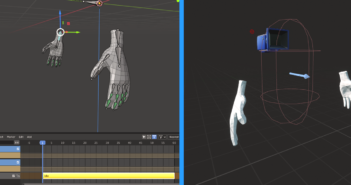 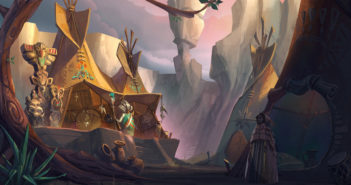