Hi there! I’m Erick Choy from Venezuela. I’ve studied Civil Engineering in my country for 3 years. For various reasons I had to move to Perú, where I live now. I started to work at an Architecture Company where I learned about 3D and, because of that, I became curious about it.

About my 3D experience, this is my second year in the 3D world. I had been using SketchUp for a couple of months to do ArchViz work. Currently, I have about 2 years with Blender and I am very happy with this software.

So much time working in ArchViz made me want to create something out of the ordinary, nothing perfect, nothing neat. After watching the series "The Queen's Gambit", I was inspired to re-create one of its scenes that brought together everything I wanted to show: architecture, light, composition, and disorder. That was the trigger.

As I said, my main goal was to achieve that disorder and try to make it look good. It was not so simple as throwing everything everywhere. It has some composition. 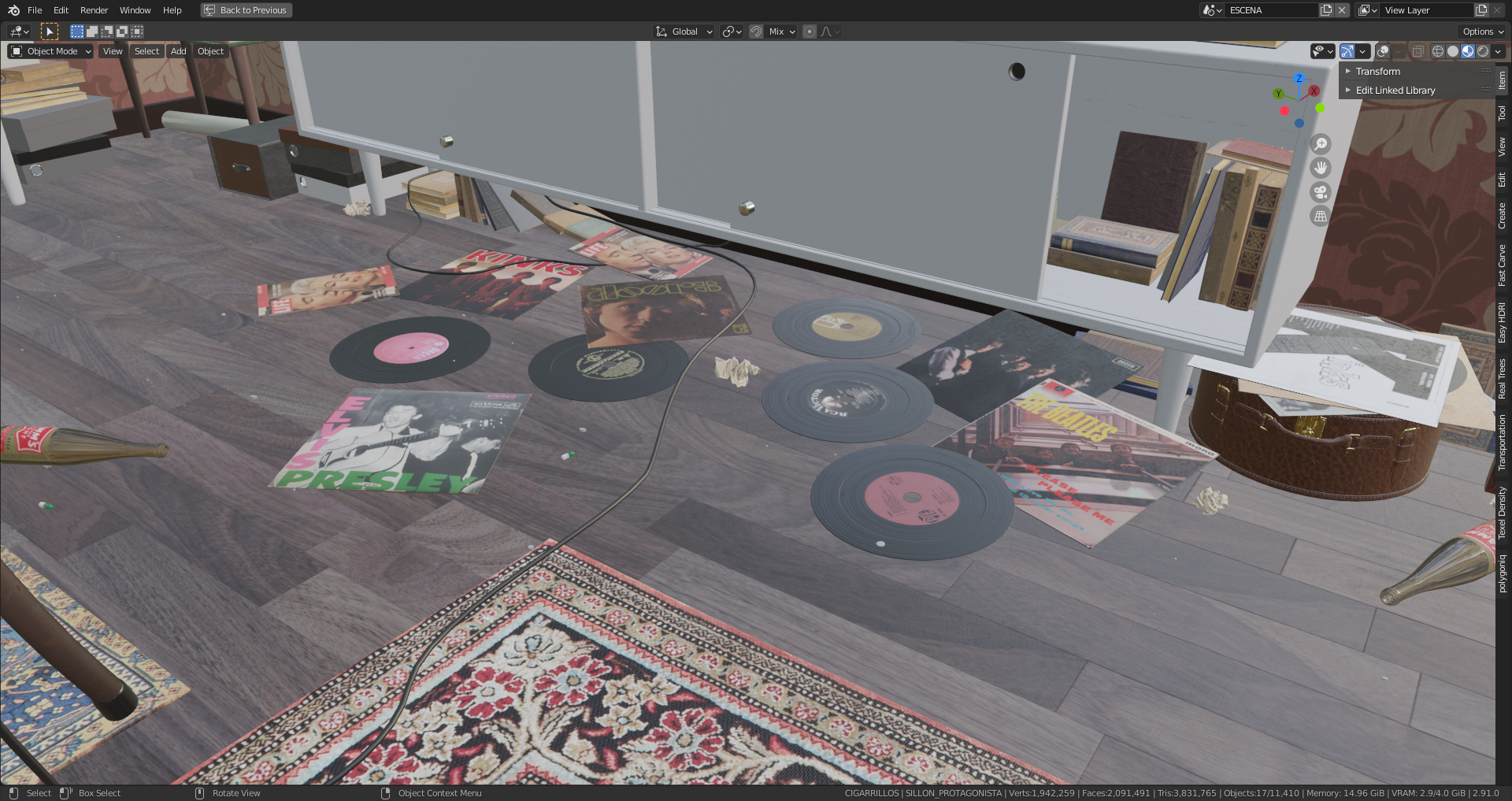 All the elements of the scene belong to the ‘50s and ‘60s, with the exception of a single object: the poster of my favorite band, Twenty One Pilots. 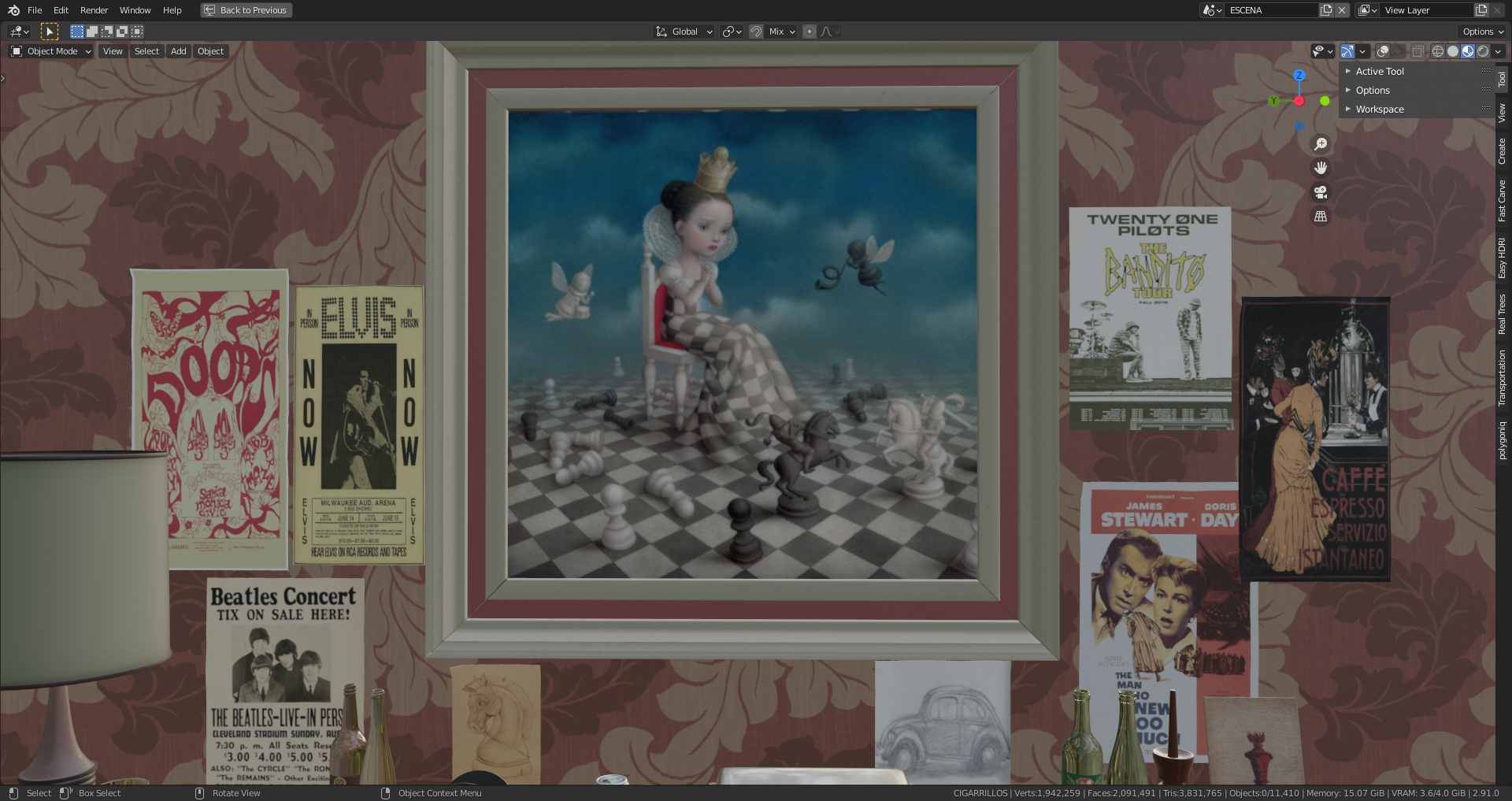 The main framed image, by Nicoletta Ceccoli, is not in the image reference, but I wanted to give some hidden messages. The series "Gambito de Dama" and Nicoleta's painting have several artistic connections that I considered interesting, and I wanted to connect them in the scene. 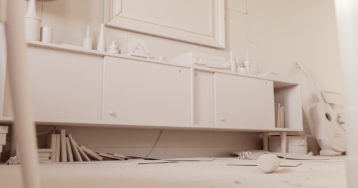 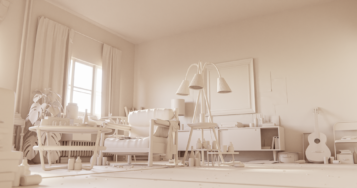 The modeling, texturing, and shading, were all pretty basic. I used a different scene in order to study the illumination for every single object. I don’t think my nodes are particularly special or tricky. 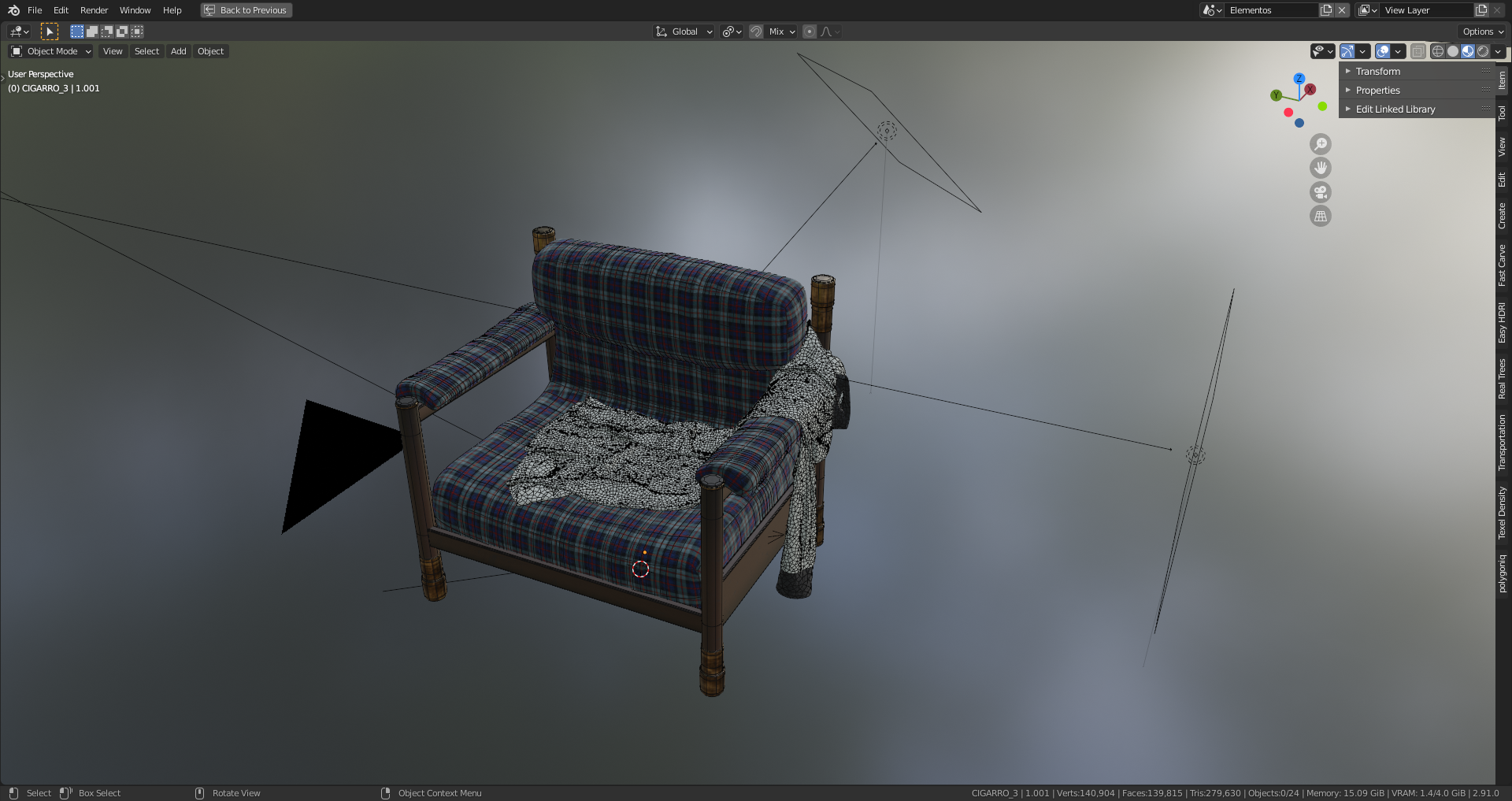 What I would like to mention is the story behind the render. It could be considered a spoiler for someone, so, spoiler alert! I worked on the chessboard but is not just a simple chessboard. It has a lot of storytelling details. 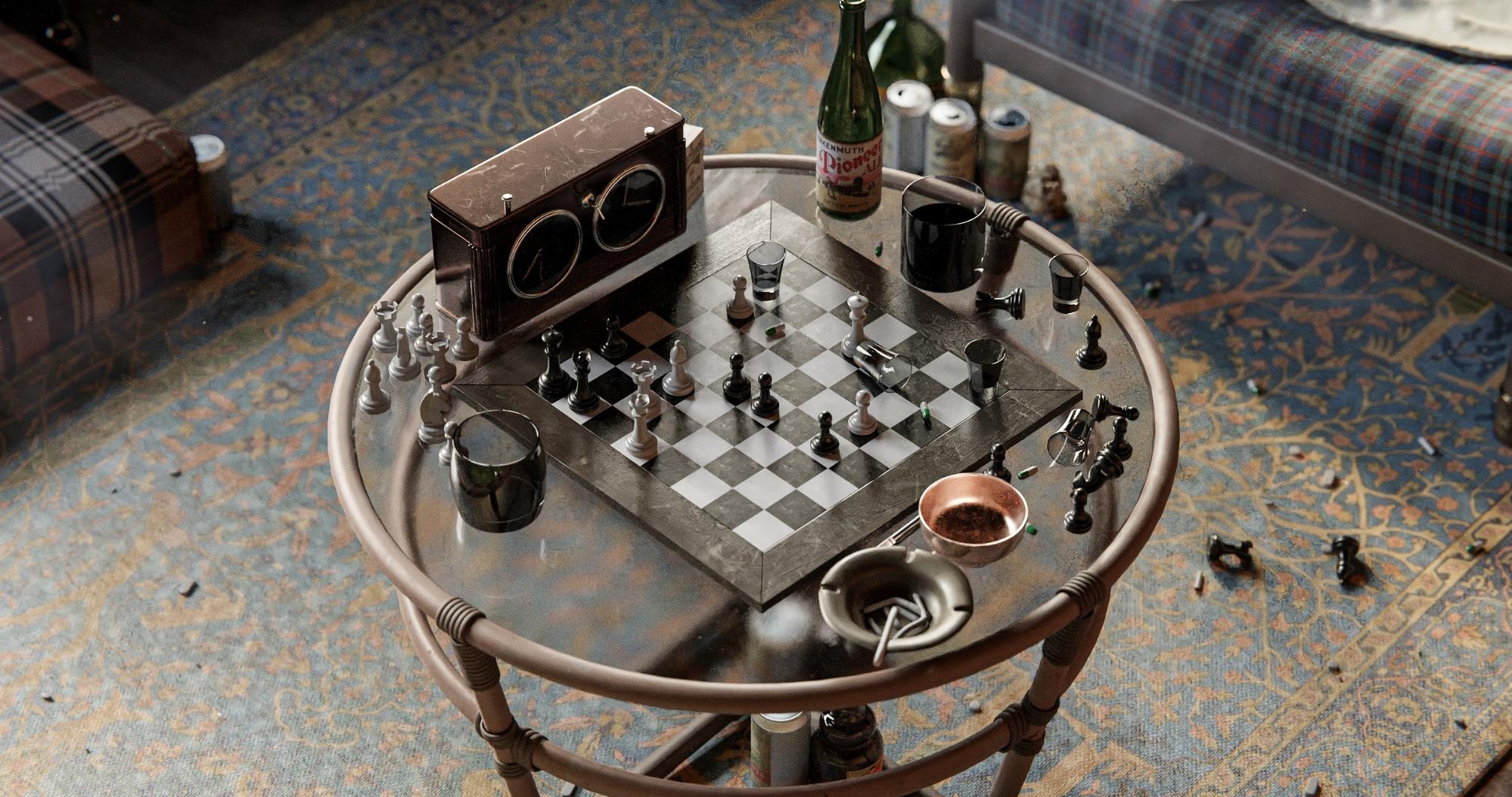 The chessboard as shown represents the final arrangement of the pieces after the final duel between Beth Harmon and Vasily Borgov. That was White's checkmate with which Beth finally wins the battle.

The pills are distributed on the white side, also the alcohol drinks.

That clock is the clock used in the final duel between Beth Harmon and Vasily Borgov. 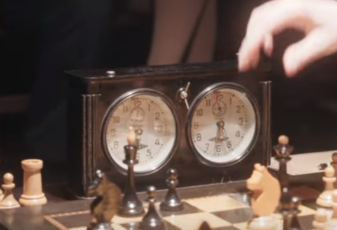 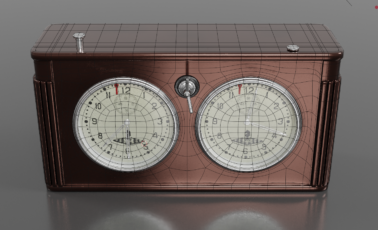 The main software I used was Blender, but I also used a little bit of Marvelous Designer (curtains, Beth Harmon’s dress, fabric on the wall), Substance Painter (typewriter and the turntable), and Photoshop (color correction and the god rays). 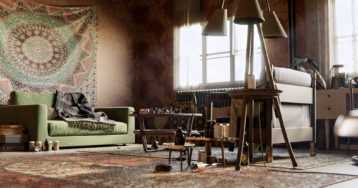 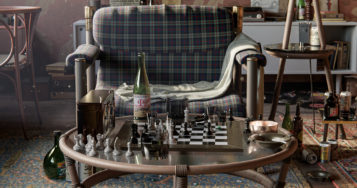 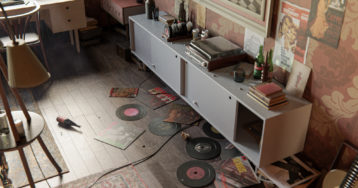 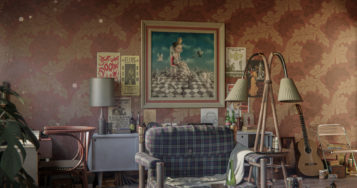 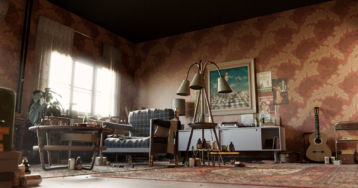 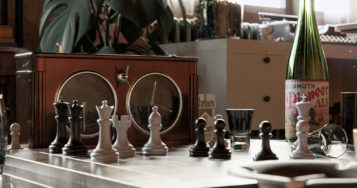 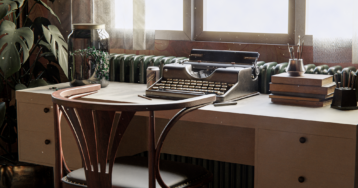 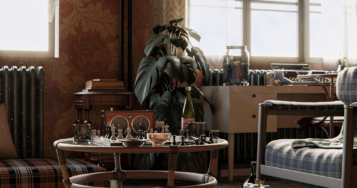 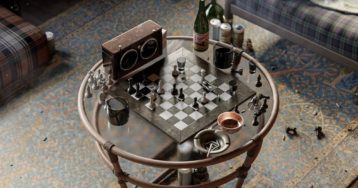 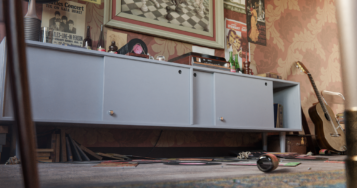 I cannot finish this Behind the Scenes without mentioning my wife, Angie Vásquez. She is probably the most important key in the whole process; she is the first person who sees my work and she has the authority to tell me “that's getting ugly”, which she has done, hehe. But, in fact, what you are seeing is something that she has pre-approved. There is a lot of work that has not passed the test of my beloved wife, so she’s very important.

Thanks to you for supporting my artist career, I really appreciate the opportunity for posting my art here. 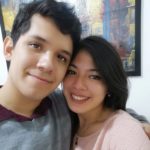 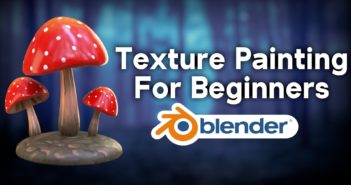