I've been a CGI artist for more than two decades and have been working with Blender for about one decade. I originally got into CGI because of Jurassic Park and other dinosaur CGI films/documentaries in the 90s - I’m sure I’m hardly the only one. However, I never really made a finished “dinosaur thing”. I recently re-watched Walking with Dinosaurs (BBC, 1999) and it sparked a need in me to finally make my childhood dreams come true. So I brushed off some dino models I bought for another unfinished project on BlenderMarket and got going.

It’s also a test for me to see how quickly I can get something “good looking” done with EEVEE. I’ve noticed a lot of artifacting I don’t know any workarounds for (flickering, bad DOF) and I know those issues are being worked on for future releases. Probably could have made this look a lot better with a few more polygons and Cycles but that wasn’t the point. Quick render times were.

Anyway, have fun with my own little "nature documentary"!

P.S.: I didn't do any fact checking, so the environment, dinosaurs and voice over all spring from the mind of a so-so informed dinosaur fan. ;) 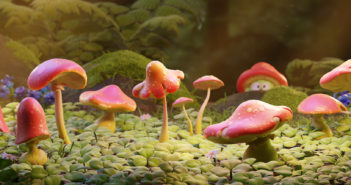 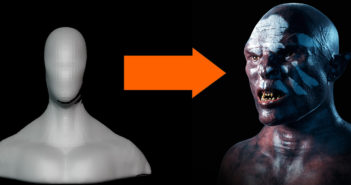 Next Article Making An Orc In Blender