Hello! My name is Kevin Christian Muljadi, and I live in Indonesia. I work as a concept artist for character design and 3D character sculpting at UMN Pictures animation studio. I've worked here for about two years now.

From 2018 until early February 2020, I had used ZBrush to sculpt. I switched to Blender as my primary software because my friend at work told me that Blender could be used as a sculpting tool, has 3D features like on Autodesk Maya, and it's completely free! So I tried hard to learn about Blender software for sculpting, lighting composition, and rendering in March 2020.

My first artwork with Blender was Jane Porter from the Tarzan 2D animated movie; I sculpted it based on David Ardinaryas Lojaya's concept art. It took me around 2.5 weeks to complete it and learn the software simultaneously because I was too excited at that time!

This is my Jane Porter 3D sculpting work, and I was so happy about the result after I worked hard. 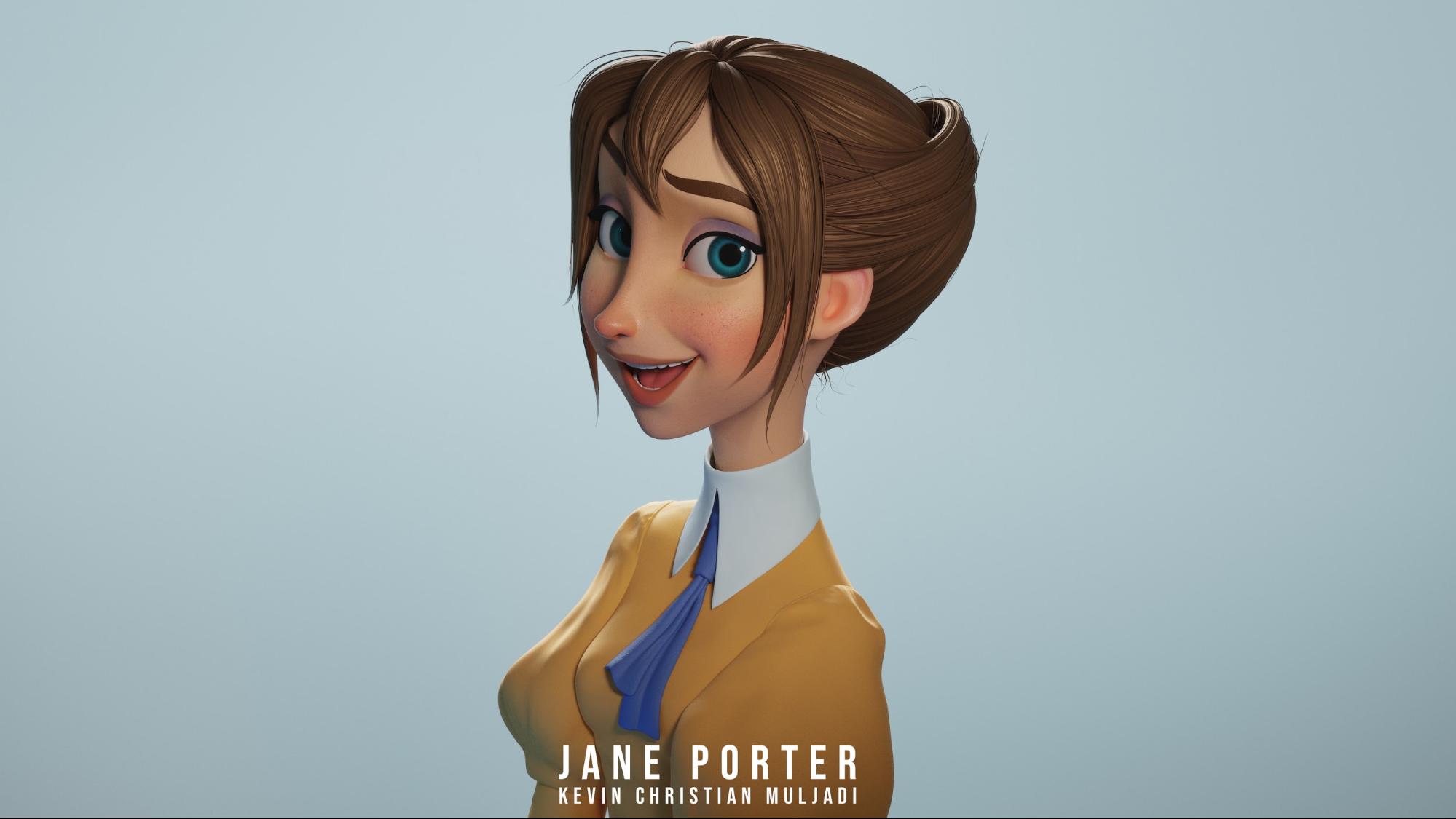 I love it when I see these 3D sculptors’ works on YouTube; their sculpts are very clean, and everything flows like magic! After watching their tutorials or timelapse, I also want to be able to make a very clean sculpt like they did. I always check some professional works from ArtStation for inspiration.

Now I will try to explain my process when I made Princess Ariel from The Little Mermaid Disney 2D animated movie. For this project, I mainly used Blender 2.79 because it includes a feature called delay updates while sculpting.

When I started making Princess Ariel, my goal was to translate from 2D characters to 3D as accurately and appealingly as possible. I also learned many things when using Blender from several video tutorials and timelapses on YouTube, such as from Yansculpts and Julien Kaspar's channel. I make sure to start with gathering the references.

Before I started sculpting, I tried to find various references on Pinterest and Google, such as poses and expressions that would later help me during sculpting. I didn't sketch the concept first because I was a little lazy and decided to start sculpting immediately (lol).

Still, it's a better idea to draw a sketch first before sculpting so you get the big picture of ​​what the character's pose and expression will look like, which could save a lot of time. PureRef has been a huge help in arranging and compiling all the references that I collected. I really recommend it.

My main brushes for sculpting are Clay Strips, Grab Brush, and Basic Brush. For Basic brush, I use it to smooth the mesh by turning the brush strength to 0 and auto smooth to 100-200.

I started, as I always do, by sculpting the head first before blocking out the other parts. After that, I started blocking with simple shapes into a t-pose and then I posed the character from the simple mesh. These simple shapes are usually very low poly meshes; I always prepare the t-pose model for women’s and men’s body types to help me streamline the process. This kind of workflow gives me a good idea for her gesture and proportions with a simple character design. 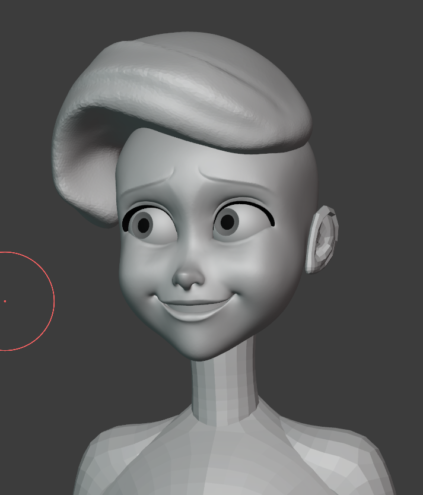 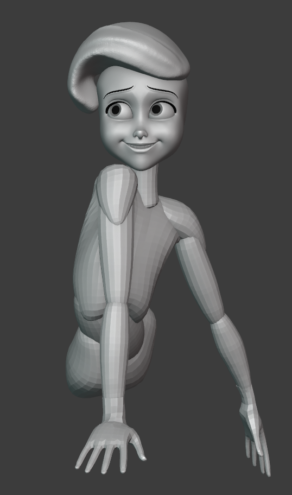 I kept the ears separated from the head meshes so that I could be more focused on her head or her ears separately. I used a simple plane with a shrinkwrap modifier to stick her eyelashes and eyebrows to the head mesh and a solidify modifier to add thickness. Her eyeballs are made from a UV Sphere that I altered in edit mode. 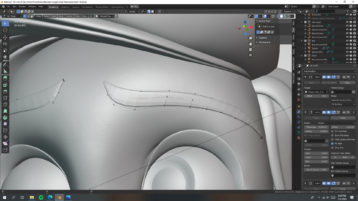 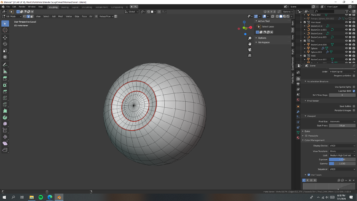 After the rough blocking, I went back to work on her expression because her face is the essential point of interest. It took me around one day to get a decent result. For the hair, there is no secret technique to make it because I only used a UV Sphere and a grab brush to move the mesh for blocking. After that, I started sculpting with the dyntopo toggle on.

Sometimes I added a texture color for her face and simple lighting just to see if the sculpt was similar enough to the concept. If I was still not happy with the result, I would go back to work on her face again until it got better. 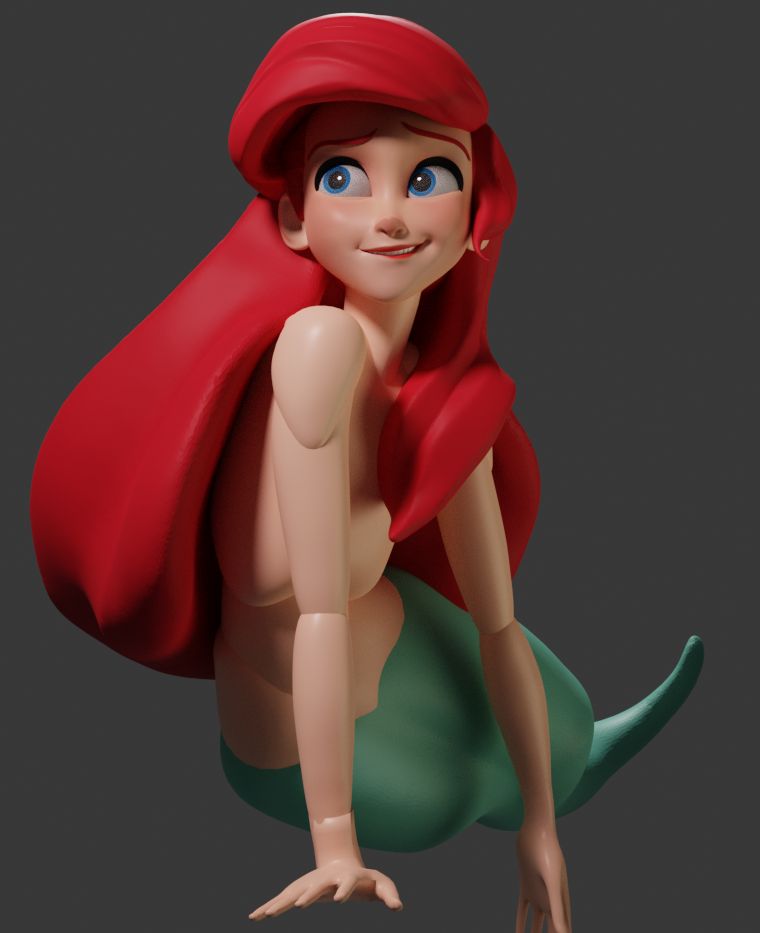 The hard thing while sculpting the features was that I needed to sculpt them while the whole figure was already posed. At this point, because I hadn’t sculpted while the character was in T-pose, I needed to pay more attention to how the anatomy works. I used an anatomy reference, but because it's a stylized character, I needed to simplify some of the anatomy. Once I was almost finished with her face, I could start to focus more on her body. 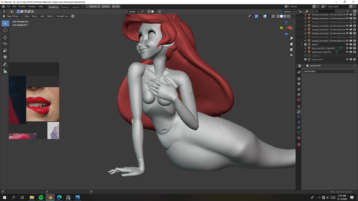 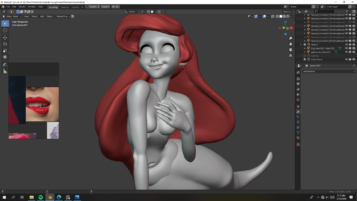 I used curves to make the details of the hair look incredible and more exaggerated. I also made hair assets from the curves. 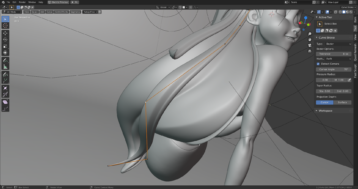 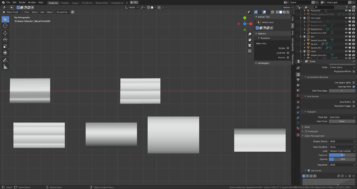 Here's how my final sculpt looked. 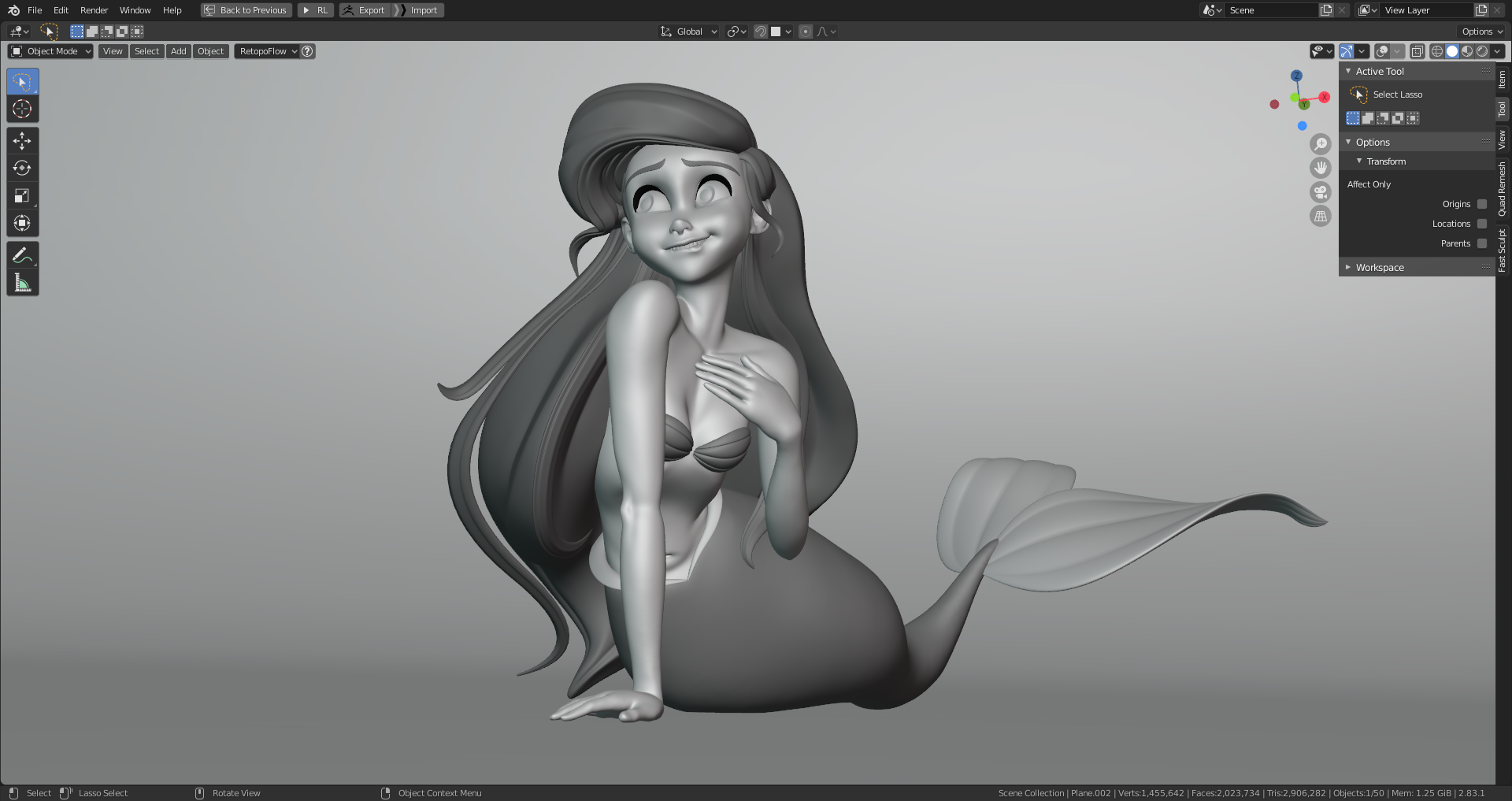 Shading the character was quite simple, I used Principled BSDF, and then I UV unwrapped her face to start painting in texture paint mode. To color her face, I needed to understand the color study of human anatomy. Usually, the forehead has a yellow tint, red for cheeks, and blue for the chin. 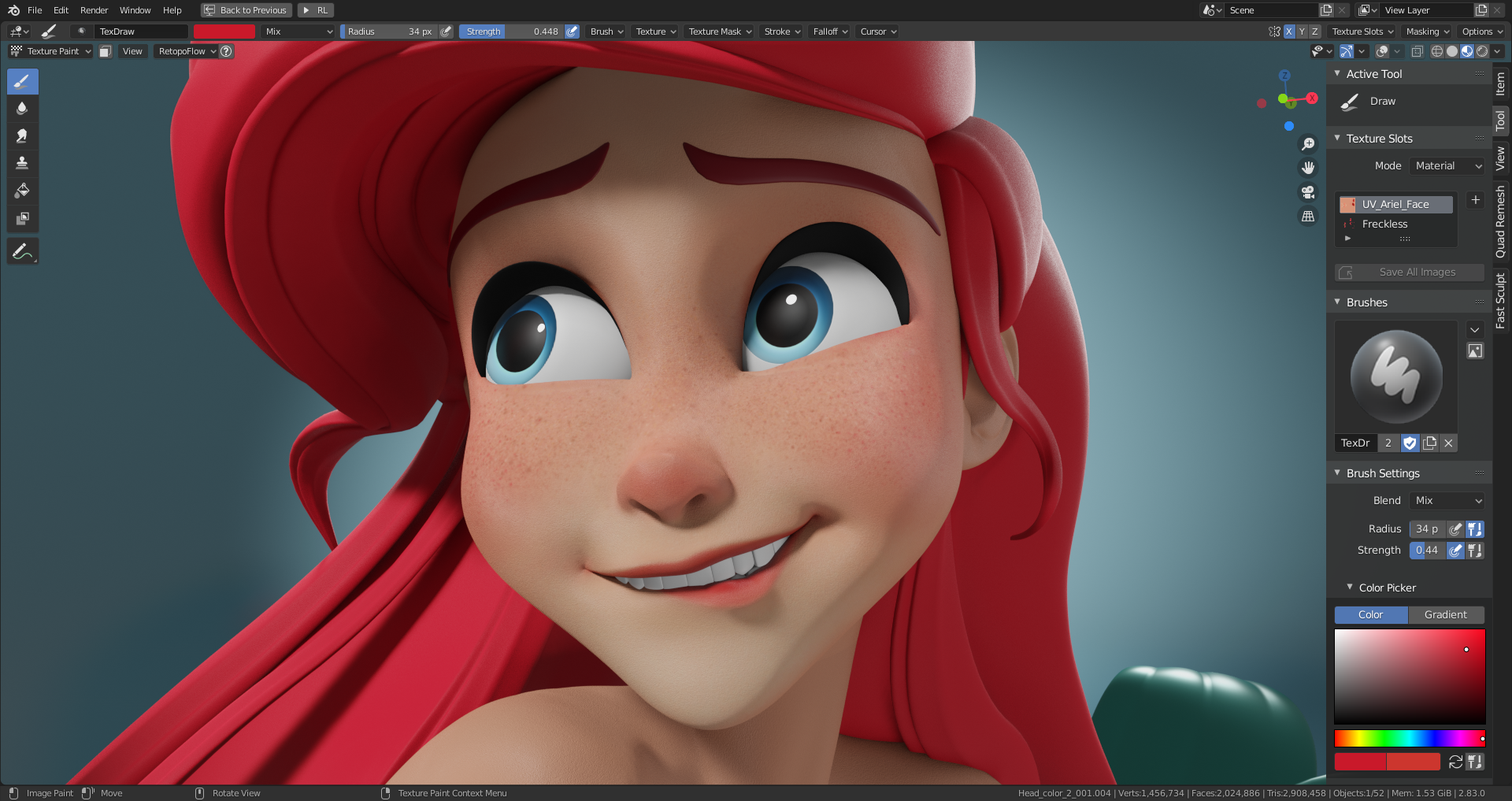 I painted with an orange color initially and then added some reds for her cheeks and nose. I also added a bit of greyish blue color for her chin. I then added another layer on her face to make freckles for the details. I also painted the texture for her eyes with a UV map, and I only used the base color from Principled BSDF for the other parts, like her hair, eyebrows, and body—nothing special. I always paint in the material preview viewport shading with my lighting setup. 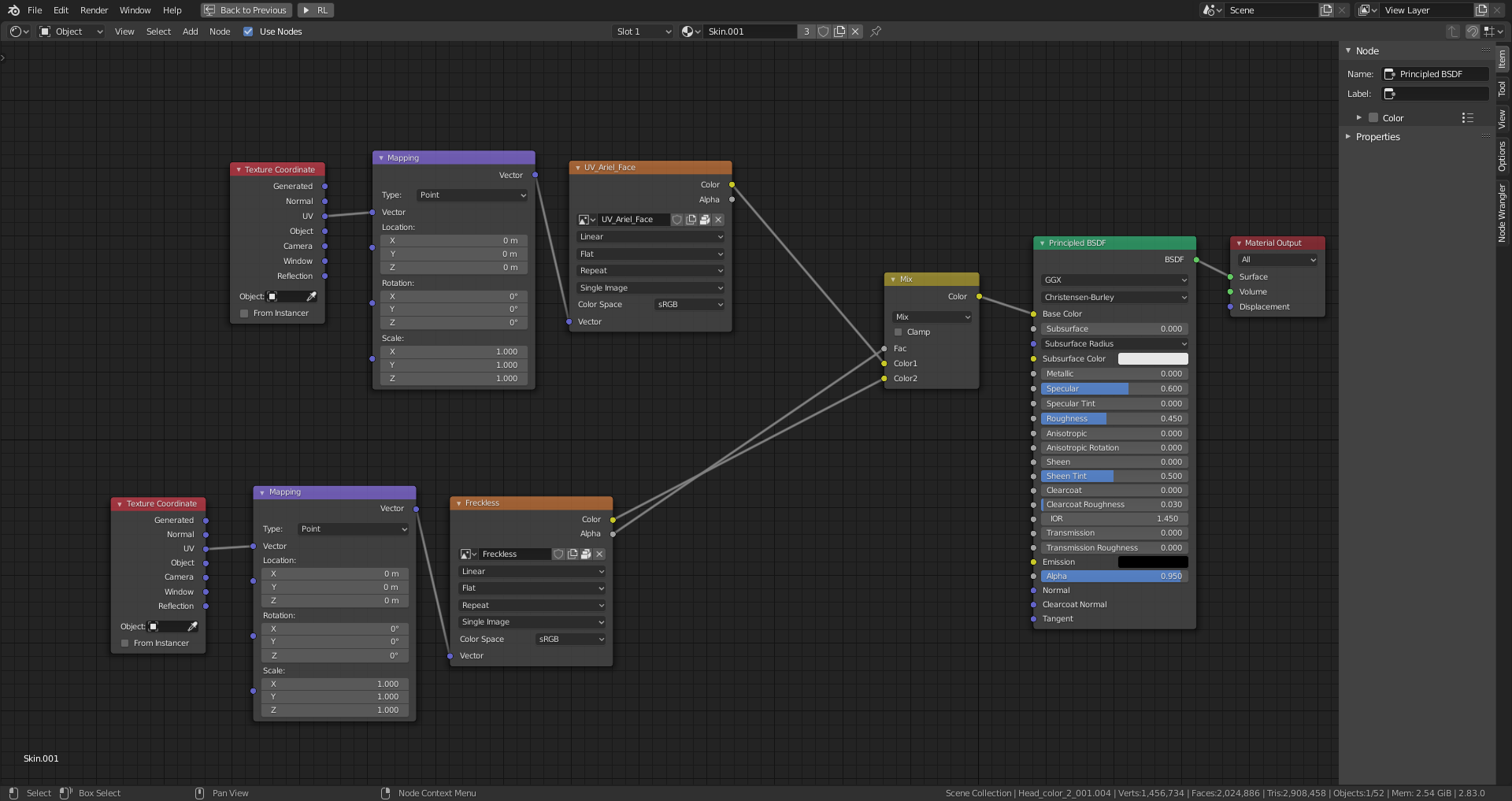 For her scales, I used procedural texturing inside Blender by following Lance Phan’s tutorial. I learned a lot of things while working on this. 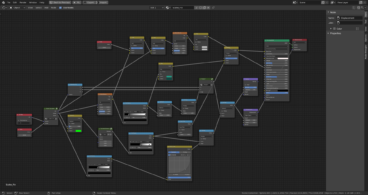 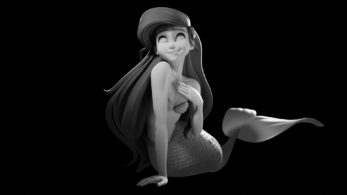 The lighting setup is quite simple—basically I used three-point lighting—but this is the hardest step for me. The first thing I did was watch some professional photography lighting setups on YouTube so that I could achieve the lighting setup better. I didn’t use HDRI for this scene so everything was done with my own lighting. Even with three points of light, I used another two rim lights on the back because I find it looks better than just one rim light. 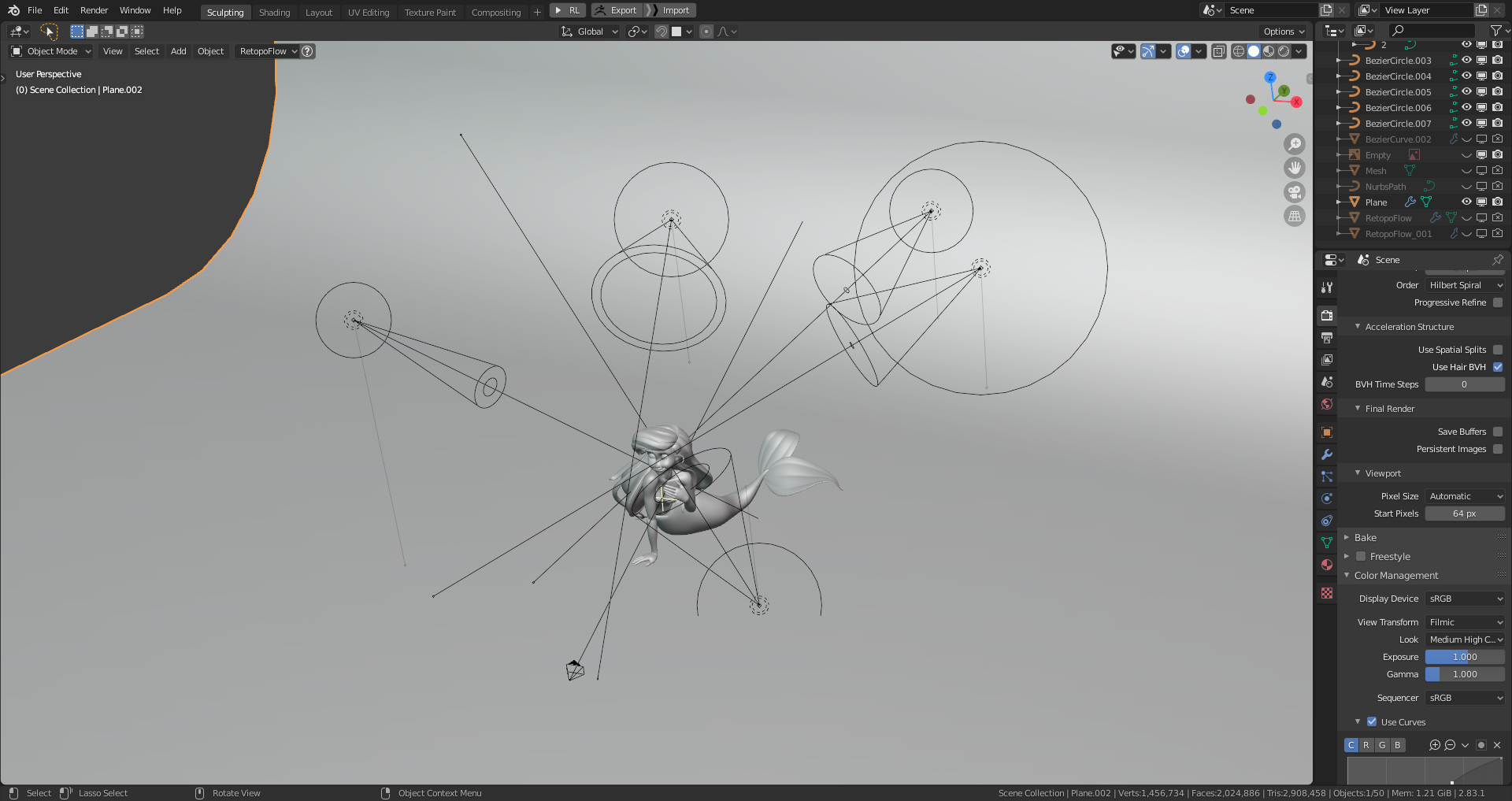 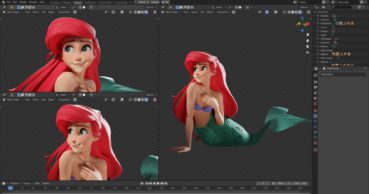 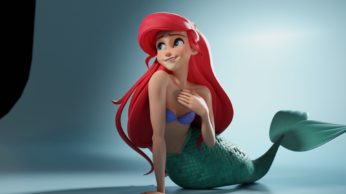 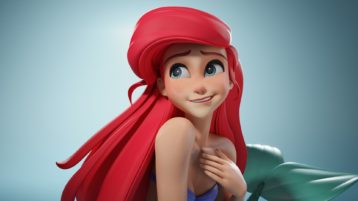 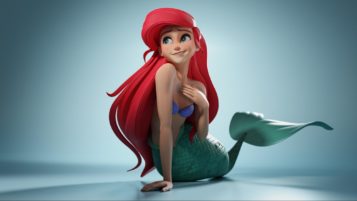 If you want to see the full images, you can find them here.

Anyway, thank you so much for your time! I hope you find this information useful. I learned a lot while making this character. See ya!

Kevin Christian Muljadi, I am a concept artist and 3D sculptor at UMN Pictures. I love to sculpt appealing characters :) 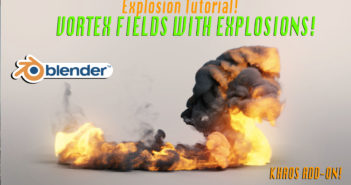 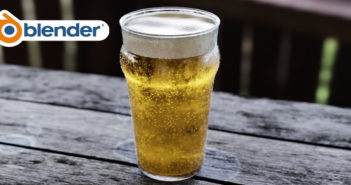