It is said that the eyes are the mirror of the soul. The eye is a beautifully complex product of evolution, and it shows in the intricacy of its composition, making it not that easy to convincingly recreate in 3D. The Danny Mac Eye Designer add-on for Blender aims to relieve eye creation stress.


Danny Mac is a skilled stylized character sculptor, knowing how an eye should look to be appealing. His add-on reflects that, with a wide range of adjustment options.

Once you've installed the add-on via Blender's Preferences ➔ Add-ons ➔ Install, a new Eye Designer panel with its own tab is added to the Sidebar.

Initially, there's only one button present in the Eye Designer section, labelled 'Import Eye'. Once you press it, a pair of eyes is added to the scene and the panel is filled with controls.

It's easy to get a bit overwhelmed when you're presented with the numerous sliders in the Eye Designer panel, but once you start experimenting with it, you realize how versatile and powerful your new eye creation toolkit is.

Just about every element of the eye is adjustable, but it's advised to first position and scale the eyes to match your character's eye sockets. This can be done using the included armature that's connected to the eyes. Scale the eye armature, then move one eye towards the other or away from the other in Pose Mode. Finally, press the Mirror Eye button to make the other eye match the same position at the other side of the center. 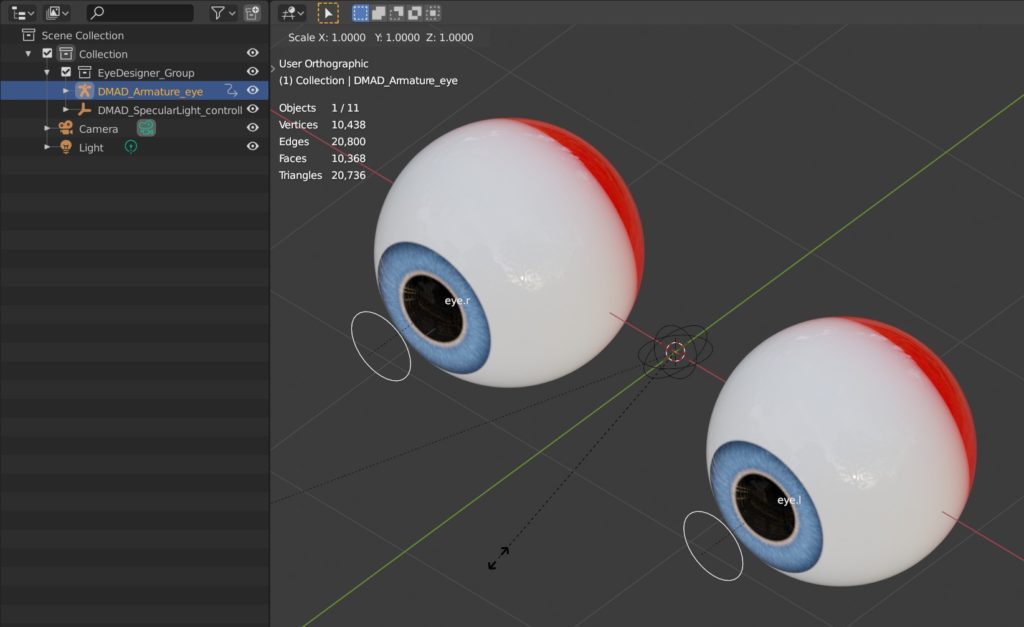 Scaling the eyes via the included armature

A light rig is included, allowing you to reposition the light, increase its size, brightness and more, just by dragging sliders in the add-on's Sidebar panel. 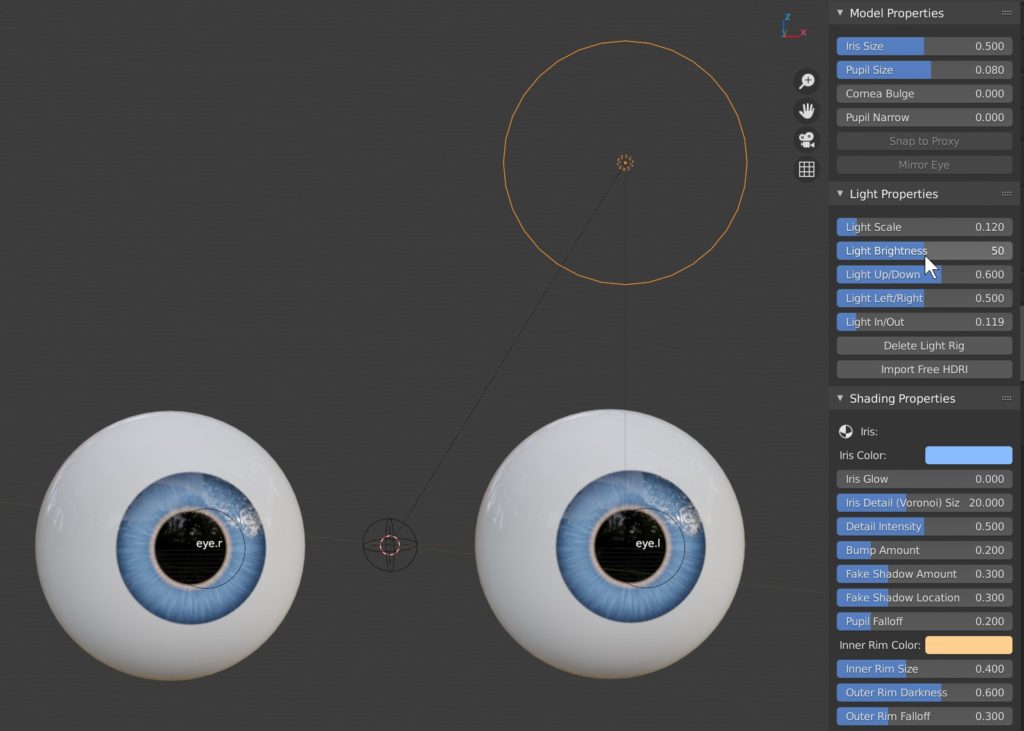 Each key part of the eye can be easily adjusted using the panel's sliders, and because Danny Mac Eye Designer is compatible with both Eevee and Cycles, you can see the result of adjustments in real-time.

Adjust several eye properties and see the result in realtime

The iris color, saturation and brightness can also be adjusted with just a few sliders.

Easily change the color, saturation and brightness of the iris

But there's more. You can also add a fake shadow to the eye, adding the illusion of more depth to the eye if geometry adjustment doesn't suffice.

Add a fake shadow to achieve more depth in the eye 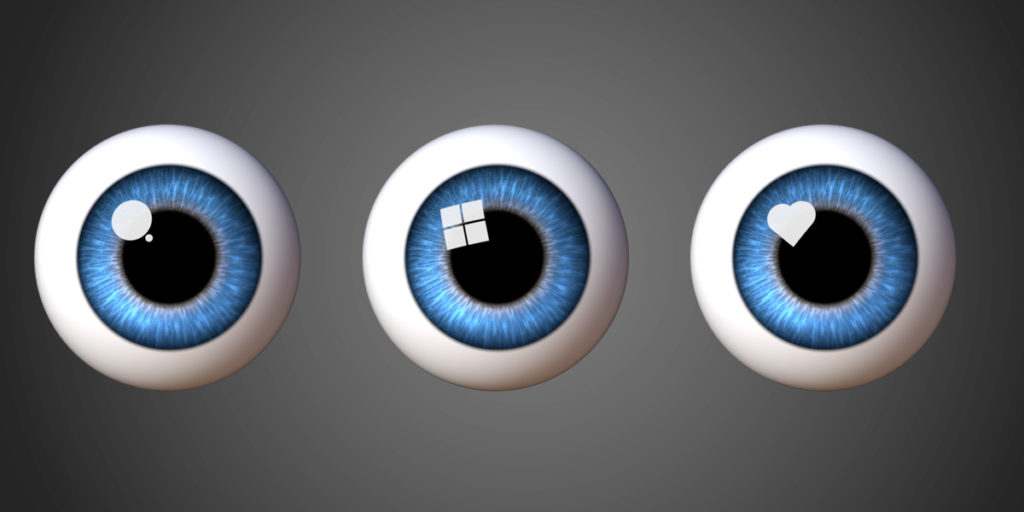 The Danny Mac Eye Designer add-on is a very useful addition to any Blender 3D character creator's arsenal. It's easy to use, fully procedural, comprehensive in terms of options, and it's suitable for use in both Eevee and Cycles. 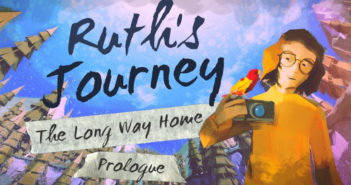 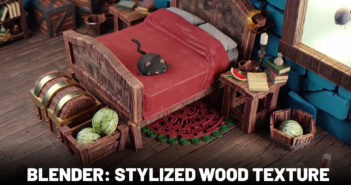