Hi, I am Ram Singh from Crossmind Studio. Welcome to my new tutorial series about ‘ introduction to Blender - For Absolute Beginners.’

First of all, I want to thank all of you for supporting my first series about CGI for product advertisement. If you haven’t seen it yet, I suggest you look into it later if you are into product advertising / or more knowledge in general. Its very simple scene and even can be followed after this basic introduction.

This tutorial series is more about an introduction to Blender and 3D in general. We will discuss the absolute basics of Blender and learn how to build objects and prepare renders out of it. Then we apply all the knowledge we have learned from basic tutorials and create a very simple model, which would be something like this. It's vital to apply all the learnings into some practical context to get a realistic sense of it.
Even if you don't know anything about blender yet, we will cover it up in the first lesson.

Also this series is in preparation of our next upcoming series which is about 3d content creation. Once you are done with this series and have practiced a bit of blender, then you can come and look into this one, as we will be talking about topics such as 3d layout, Lighting, Hair, particles, dealing with dynamics , simulation, fluid, smoke etc.

The content of the tutorial is pretty simple in itself. None of the models are complicated. The focus here is to get comfortable in 3D for the first time.

I have divided the tutorial into 7 days.

On the first day we will discuss the absolute basics of Blender, and work our way around the interface, getting comfortable with the interface, creating basic objects, transformation tools, what is 3d cursor, origin, local and global axis, snapping options, etc. and make a very simple scene with just the basic primitives so that you get used to initial important commands and develop some muscle memory with the Blender.

On the second day, we will learn how to edit mesh objects, selection methods and we will create a few very basic objects and try to understand how to bring out different shapes in object editing mode.

Day 3 will be about modifiers, What are modifiers and vertex weights, and their use and discuss different use case scenarios. We will also create a few objects in combination with multiple modifiers.

On Day 4 we will discuss the materials. How do the basic materials work and the meaning of terms used in shaders, How to mix shaders, set up basic PBR shader, textures, etc. We will also talk about UV a bit and will shade all the models we created in modifier chapters.

Day 5 will be about basic tools of lighting, what are the different categories of lights, and how they work.

In the last two days, we will conclude this series and make a very complete model of animated aircraft. We will model, shade, Texture, Talk about animation tools in Blender such as keyframing, graphic editor, f-curve modifiers, and then set up a hierarchy for basic animation. For the final assignment, we will create an animated scene of flying aircraft and render out our first animation to conclude the 7 days series.

It doesn't have a character because, for first-time users, it could be very overwhelming to introduce the character process. But once we clear out all the fundamentals, we would be in a better position to discuss the character-related aspects for later tutorials.

For now, don’t worry about all the details, it will be easy to understand once we dive into it.

So without any further due, let's get started and see you in the first chapter. 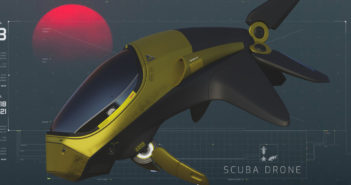 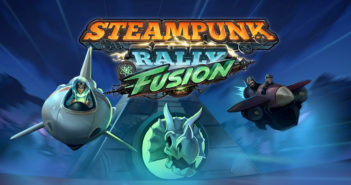