Although Blender's user interface / user experience has significantly improved with the arrival of version 2.8, having to frequently scroll through UI sections, open rollouts and reach for nested submenus can still steal valuable creation time and cause some frustration. The French developer Cédric Lepiller, also known as Pitiwazou, has been constructing the Speedflow Blender UI / UX enhancement add-on since the Blender 2.7x days. BlenderNation gave it a test drive, with the Speedflow Companion on the passenger seat.

In essence, Speedflow increases modifier accessibility and workflow via easy pie menus and a modal interface with on-screen display. One of Speedflow's strengths is its non-destructive workflow, keeping everything adjustable using modifiers for each operation.

Once you've installed and activated Speedflow and the Speedflow Companion via the Blender Preferences add-on section, you can start using Speedflow by pressing the Spacebar. Keyboard shortcuts can be fully customized to your liking though. 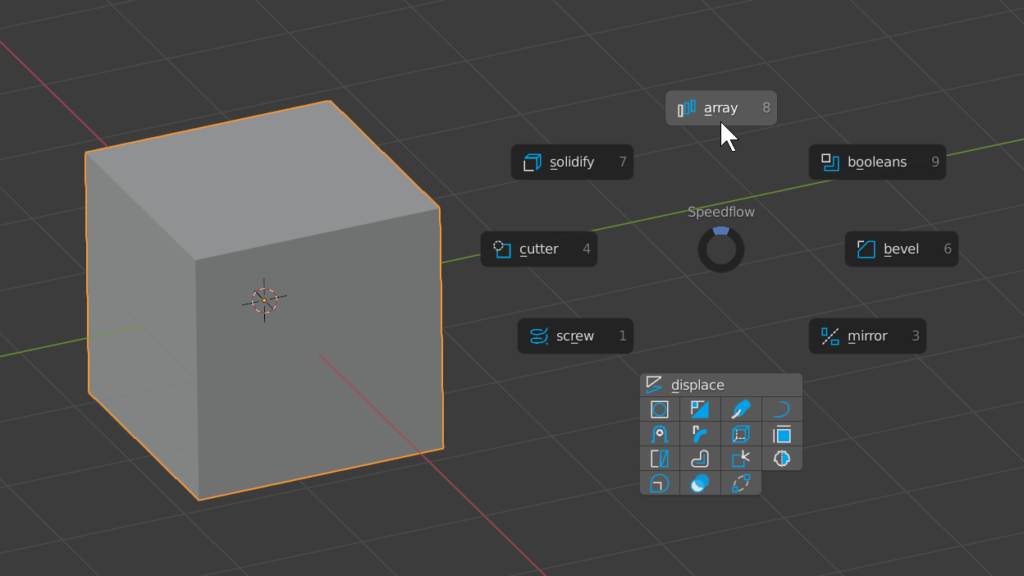 Now you can choose a modifier, and interactively adjust the settings with your mouse / pen and keyboard keys, guided by the modal indicators that are projected onto your 3D view.

A range of modifiers is available in Speedflow's easy pie menu, such as Array, Solidify, Bevel, Boolean and much more. Each modifier setting is easily adjustable through Speedflow's modal interface.

Some of the tools are not straightforward modifiers, but special modifier cocktails, such as the Cutter tool, offering multiple cutting shapes and options while keeping everything non-destructively adjustable.

Although you can head over to the Blender modifier stack to adjust modifier settings, this is usually not required, as you can easily switch between the applied modifiers using the Spacebar pie menu, and adjust the modifier settings via the on-screen Speedflow interface.

Curve deformation made easy by Speedflow

Of course, you can apply modifiers whenever you like, to avoid an object becoming too heavy on modifiers and/or to be able to sculpt on the result, for example.

The ease of Speedflow is not limited to modifier workflow. While a modal is active other Blender functions are also more accessible at the touch of a single key, such as switching between several available shading and snapping modes. 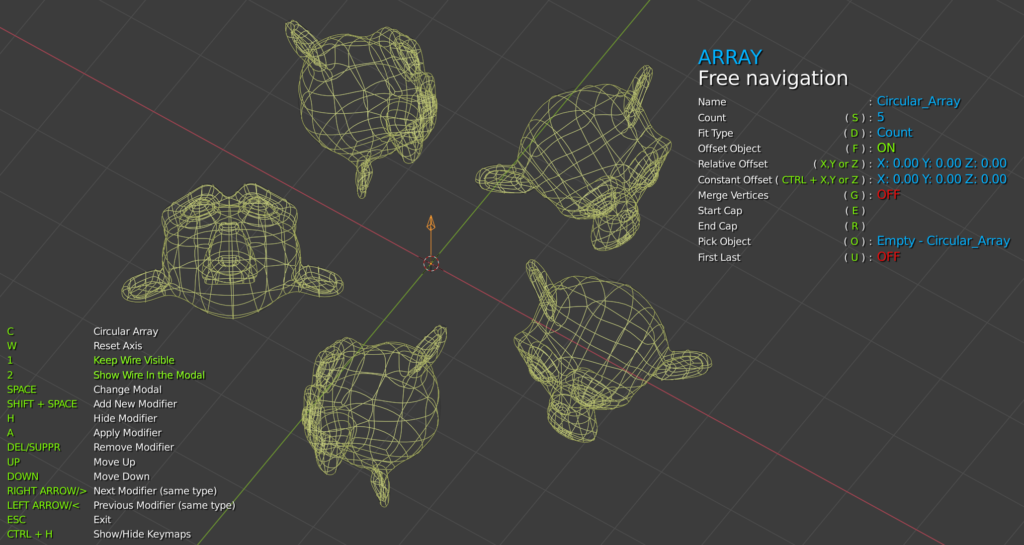 Press keys to switch between modifier, view and snapping settings

In case you need to lookup something about Speedflow, it comes with documentation right inside Blender. 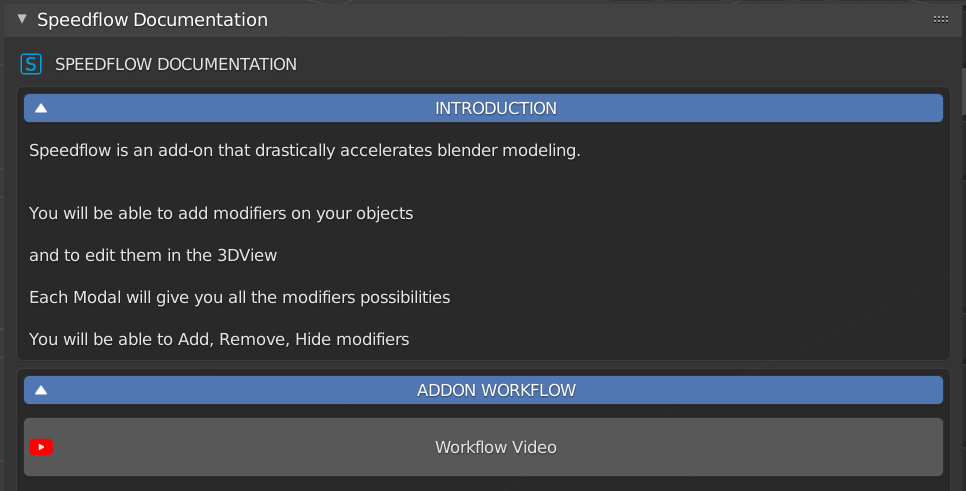 Speedflow comes with an optional Companion add-on, which further enhances Blender workflow with several menus for adding objects, adjusting settings and much more. The Speedflow Companion also projects a selection of Blender shortcuts onto the screen, which you may find useful as a keyboard shortcut reminder. 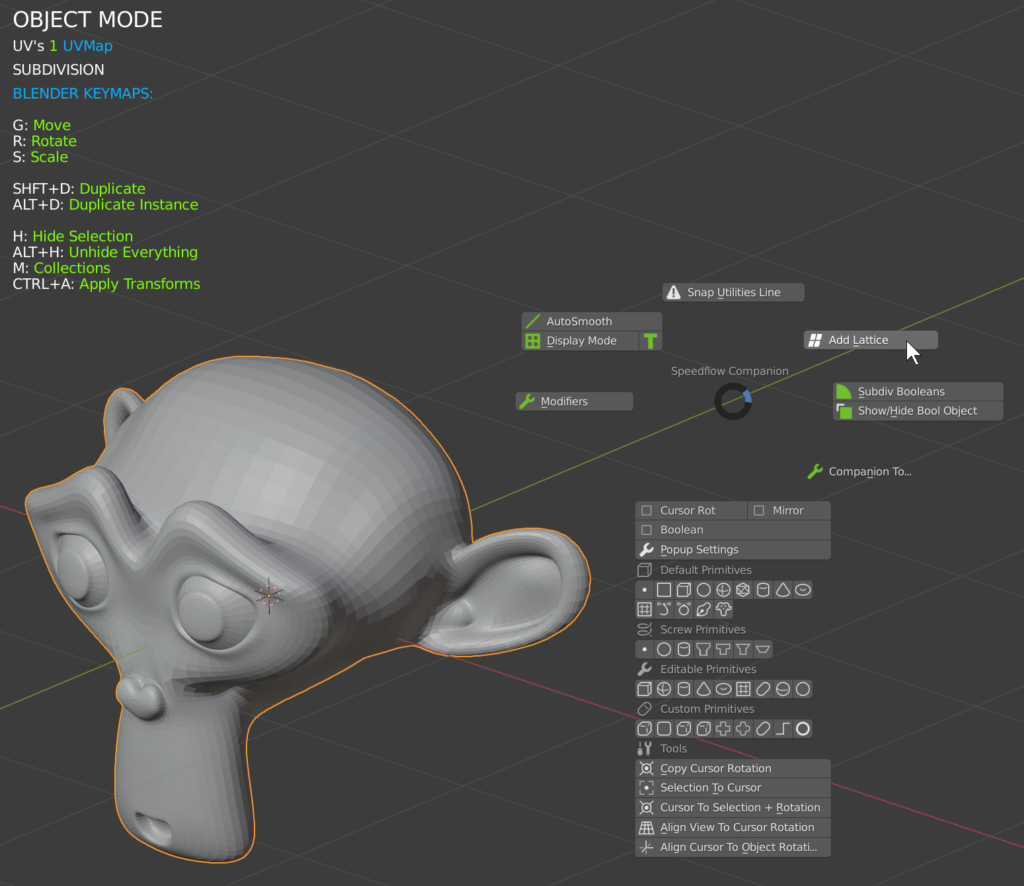 The Speedflow Companion is a bonus add-on that can be installed, deactivated or removed separately from Speedflow.

With its modular, parametric nature, Speedflow is particularly useful for the non-destructive creation of hard-surface objects, speeding up your modifier workflow and enhancing your user experience, especially when combined with the Speedflow Companion.

Last but not least, at the time of writing, the imminent next release will feature an improved, even more accessible UI that includes the option to click on the on-screen values and change them. 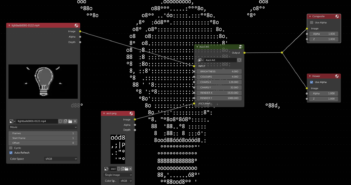 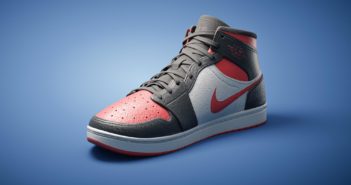 Next Article Behind the Scenes: Nike Shoe Model