Noise has always been an issue when rendering in Cycles, first we got rid of it by increasing out samples, which ineitably increased the render time.

Blender Foundation gave is a denoising feature in blender 2.78, which was pretty good at that time, as we had no alternative, tho it is very slow and causes more artifacts than its reducing noise.

Remington Graphics used the Nvidia AI Denoiser to create the D-Noise addon, which worked well, but caused a lot of "smearing" and bad edges, unusable for animations.

Intel open image Denoiser was added into Blender 2.81, allowing you to have more control over it in the compositor, but it too had lots of smearing and tearing, but not as much as Nvidia.

I created a node group that harnesses the full potential of Intels Denoiser to give you an easy way to get wonderfully clean renders, with nearly no smearing or loss in detail, as it breaks the rendered image into its many components and denoises it all one by one and combines it back together for you to use!

Doubt its power? Here I have a comparison!

You want to use it but are not sure how? I've have the solution!

This no node group will massively help you out with the renders, saving you a lot of time, and potentially money if you use a render farm!

You can reduce your samples and render on low power machines with no need to upgrade and get cleaner results than any other Denoiser! 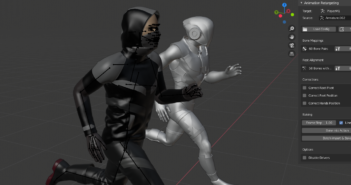 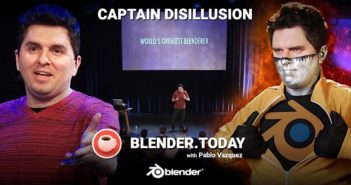