Next to polygonal 3D modeling methods, such as subdivision modeling and dynamic topology sculpting, there's the long-time alternative called NURBS. NURBS is an acronym for Non-Uniform Rational B-Spline, which is fancy jargon for complex 3D math. If you'd compare a polygonal 3D mesh to bitmap graphics, then a 3D NURBS object could be compared to vector graphics, as the surface curvature resolution of a NURBS object is infinite, and meshing is needed for it to become a polygonal object.

Because of properties like accuracy, NURBS are a standard in CAD modeling, extensively used in the automotive industry and other areas of industrial design. Blender offers some basic NURBS splines and surfaces, but its NURBS toolset is very limited compared to CAD software like Fusion 360, Rhinoceros or MoI 3D (my personal favorite NURBS editor). 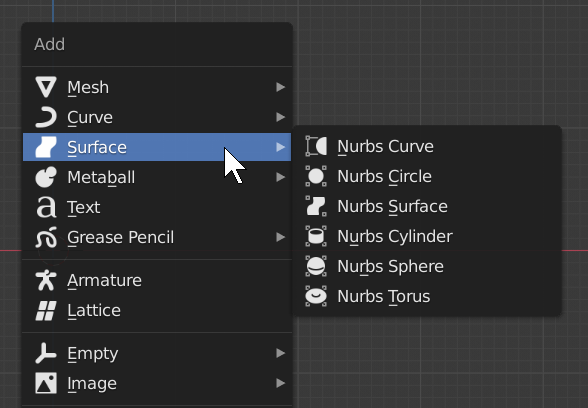 Previously, if you wanted to import a NURBS model into Blender, you needed to convert and export it to a polygonal format from a NURBS editor. Not all NURBS editors have a neat meshing algorithm. The best NURBS to polygon mesher I personally know is the export module in MoI 3D.

When you've exported a polygonal format like OBJ from a NURBS editor, you'll have to see if the normals are properly exported and then correctly imported into Blender. So there are some hurdles along the way from CAD to Blender, especially if you do not own NURBS-based CAD software.

But the Finnish developer Tommi Hyppänen (a.k.a. Ambi) has released a Blender add-on called STEPper that allows you to import the popular STEP NURBS format (often shortened to STP) straight into Blender.

The first version of the STEPper add-on was released for free, and it is still available for free. But following feedback from Blender Artists forum members, Tommi introduced a much improved new version of the add-on, rewritten from scratch. The new version is available at a very reasonable price, supporting Tommi to keep perfecting it.

To put the STEPper add-on to the test, I paid a visit to the extensive GrabCAD online model database, and downloaded an Aston Martin look-alike car, created by Keith Moore. As you can see in the screenshot, this turned out to be a very special car design with an external seat. 😁 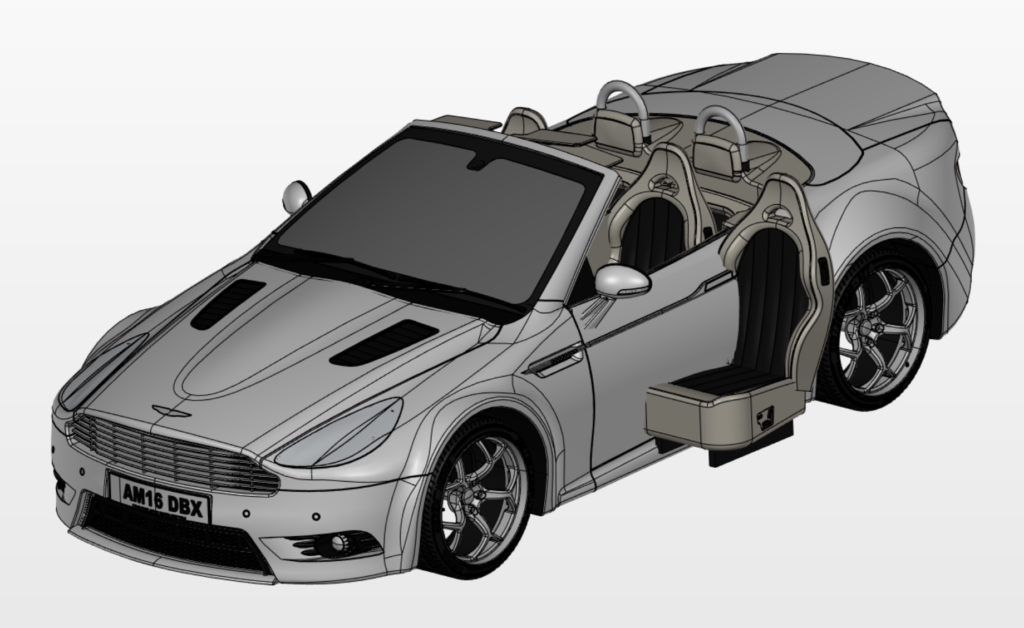 A STEP model from GrabCAD

The STEP file was imported into Blender via File ➔ Import ➔ STEP, using the default import settings, which include options for model scale and up-axis. 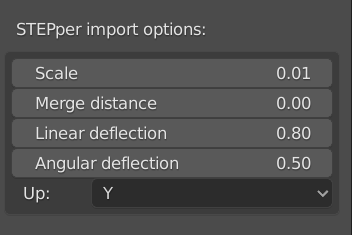 Because of the multi-part model's complexity, the import took something like 30 seconds, resulting in the car model parts being flawlessly imported into Blender as meshed models with correct normals and with all part names intact, including the 'external seat' (which was probably hidden in the original CAD editor).

The STEP model imported in Blender

The structure of the imported mesh is triangular and neat. 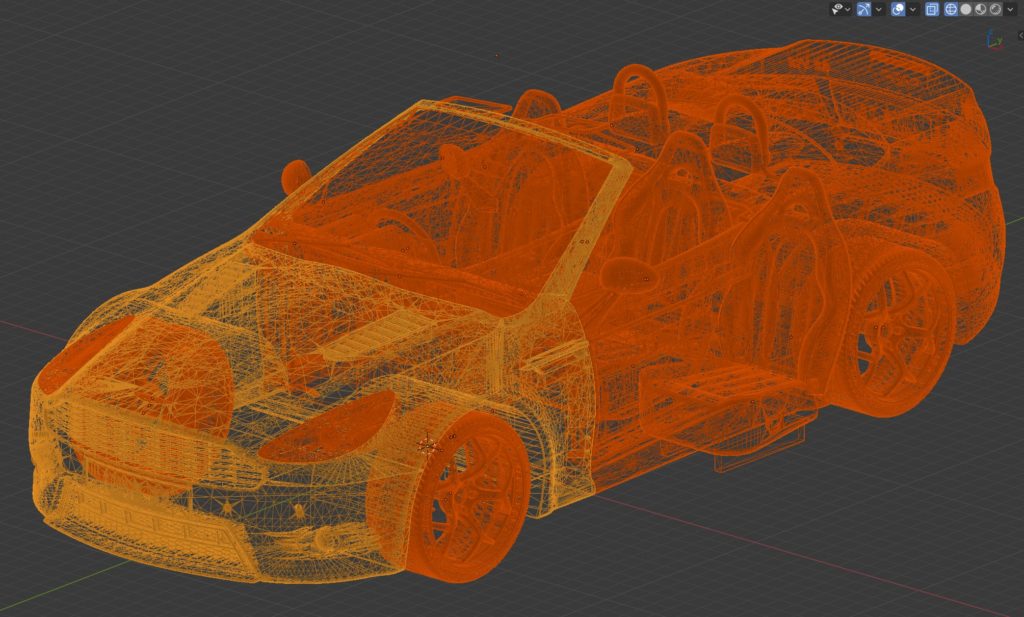 If the settings you used during the import turn out to be unsatisfactory, then STEPper offers a Sidebar panel where you can adjust the meshing settings after import, which is very useful to increase or decrease the polygon detail of imported parts. 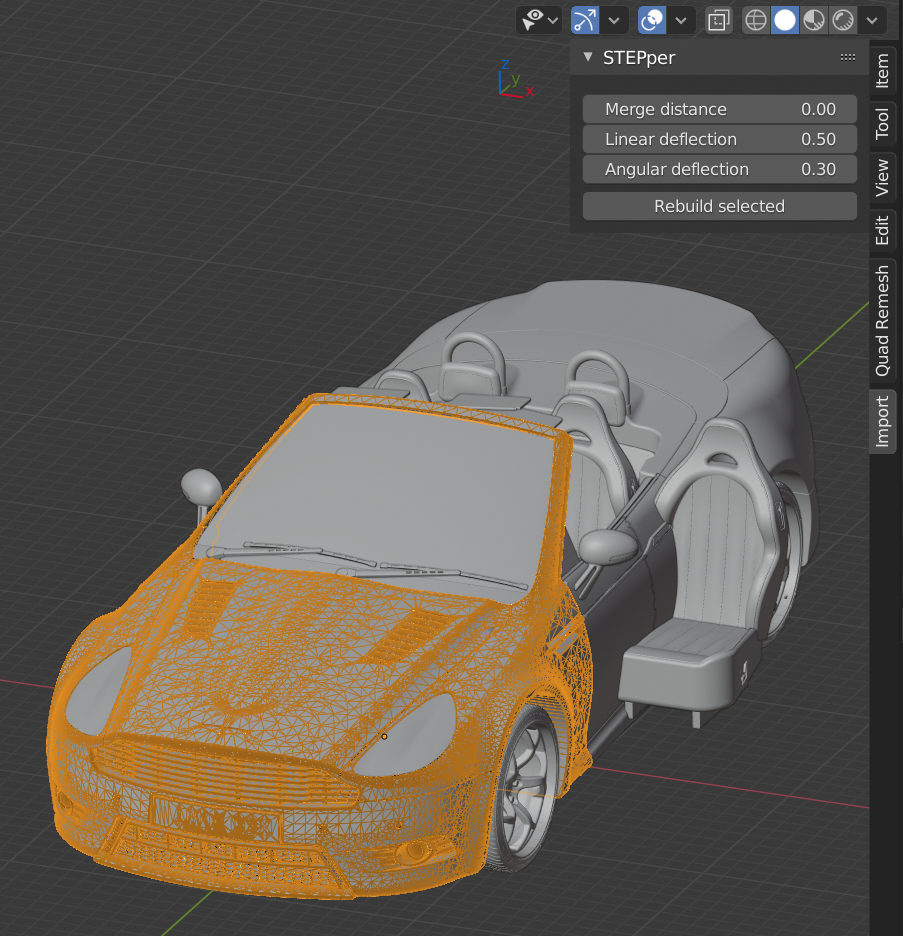 You can change the meshing settings after import as well

In conclusion, the STEPper add-on provides a very useful gateway between the CAD world and Blender, based on the STEP NURBS format. The add-on is being perfected as I write this, and updates will follow soon, at no further cost for owners of the add-on. 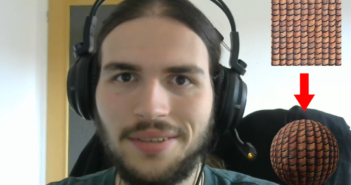