Hello everyone! My name is William Phillips, and I hail from the Land Down Under (Australia). I’m a 16-year-old, literally just finished school. I started learning Blender when I was 12, and did a heap of tutorials by Blender Guru and such. From there, I bought a couple of online courses, and have gradually increased my skills. I haven’t had any ‘official’ 3D training, but I am hoping to do something this year.

I don’t usually use anything much except Blender, but in this case, I used Substance Painter for the texturing, and Photoshop for a few touch-ups after rendering.

As of November 2019, I wasn’t really getting anywhere with increasing my CG skills, so I decided to find some artwork I liked and recreate it in Blender, as practice. I hoped to challenge myself, while still doing something that wasn’t completely out of my range.

Beginning with the robot, I broke up its parts into simple cylinders, spheres, and cubes. I boxed out the mesh that way, then went through and refined it piece-by-piece. 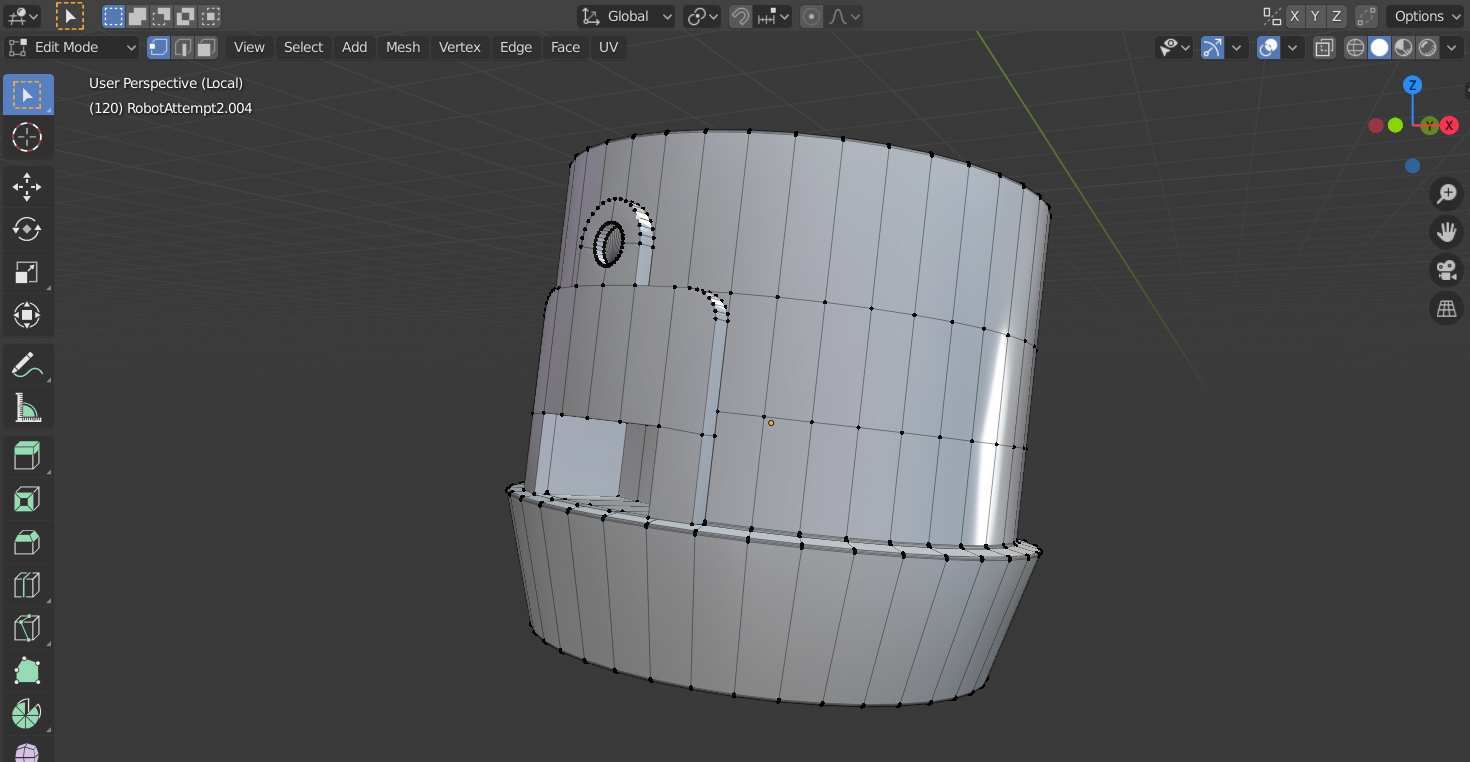 I tried to keep a good topology, but in the end I realised (after watching something by Gleb Alexandrov on n-gons) it wouldn’t affect it heaps. Some parts are all quads, while others are a big mess.

I used simple Booleans for the eyes, then applied them and cleaned up the topology a little bit (although I was still lazy). The head started with a cylinder, which I then fused with part of a sphere. 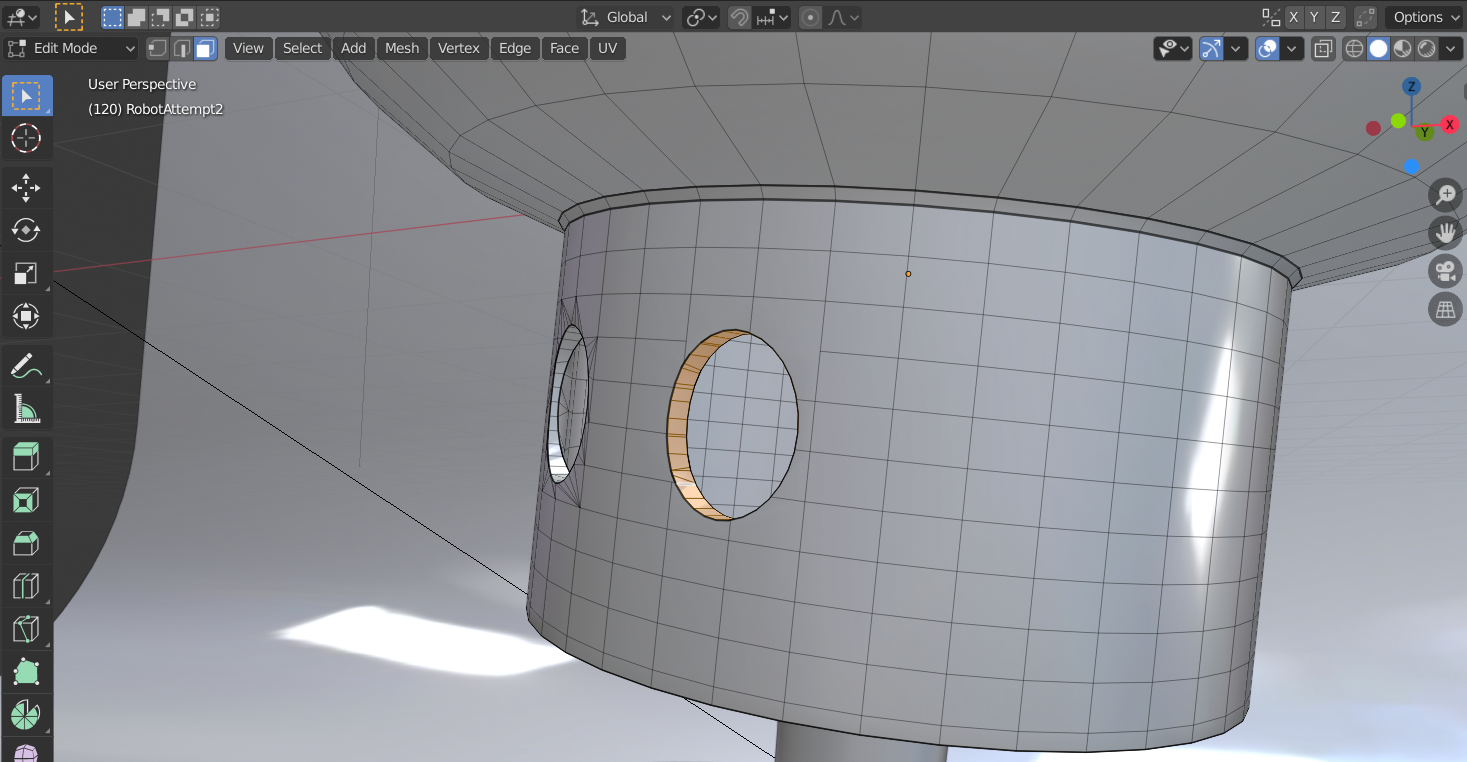 In the end, the shoes just started as a cube, which I then extruded, and put heavy subsurf on. I played around with loop-cuts and moving vertices around until I was happy with the final shape. (Sorry, I didn’t have an image prior to applying the subsurf).

The rest of the mesh is essentially composed of the simple shapes I started with, with a little bit of editing, booleaning and basic touch-ups.

Once the base mesh was done, I created a passive rigid-body hemisphere (that’s half a sphere, right?) atop the head. I then created a heap of spheres with far too many subdivisions, and dropped them all into the bowl. 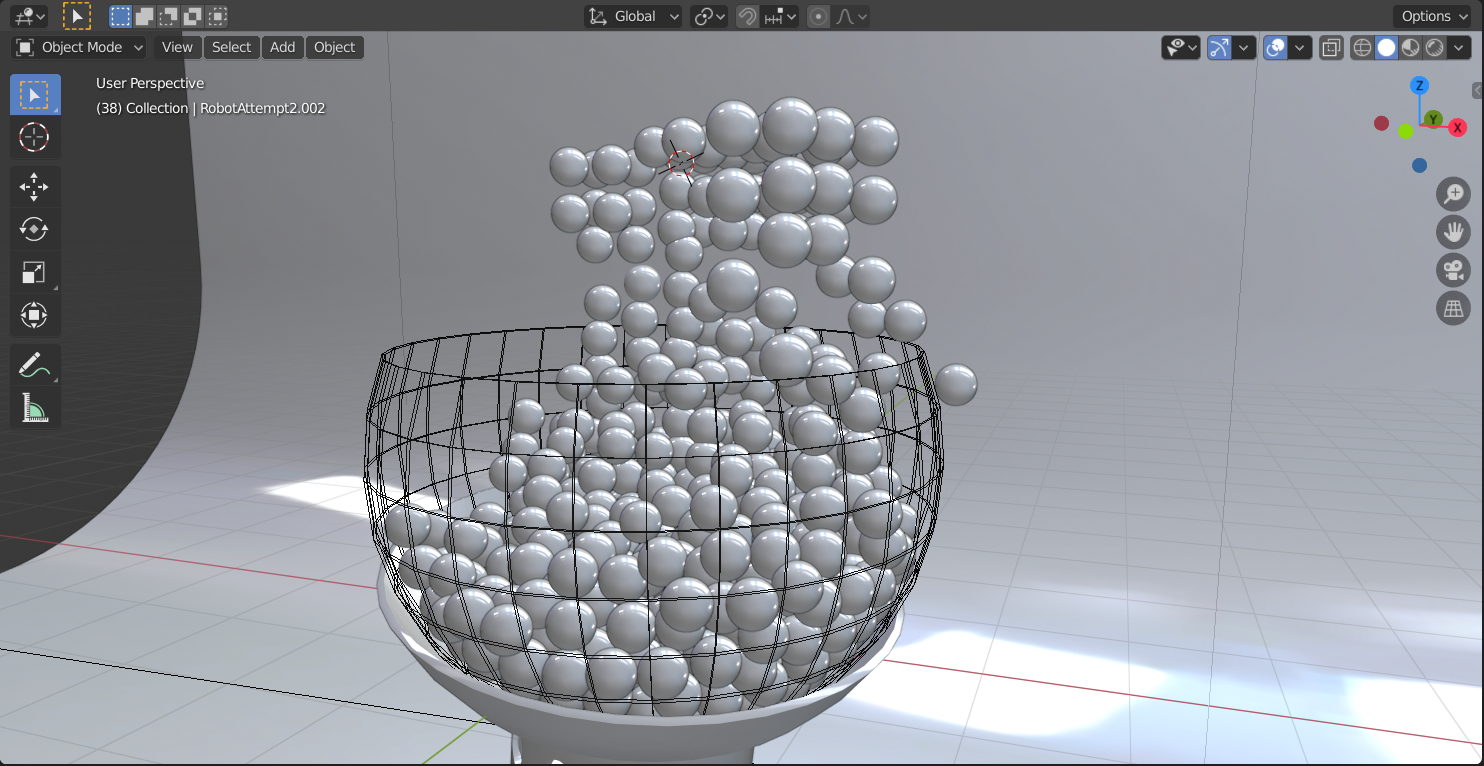 Apparently, a couple fell out.

The only things not textured in this were the gumballs and the glass. The glass was a simple glass shader with default colour and IOR, nothing more. I think I should have textured it in the end, as some people recommended, but, well, I didn’t.

The gumballs were made more/less from noise textures. I took a colour ramp, and put a heap of random colours in it that I thought gumballs should be. I then took the random factor from an Object Info node to randomly colorise them.

I think I did make them too shiny in the end, but that’s another ‘ah well’. 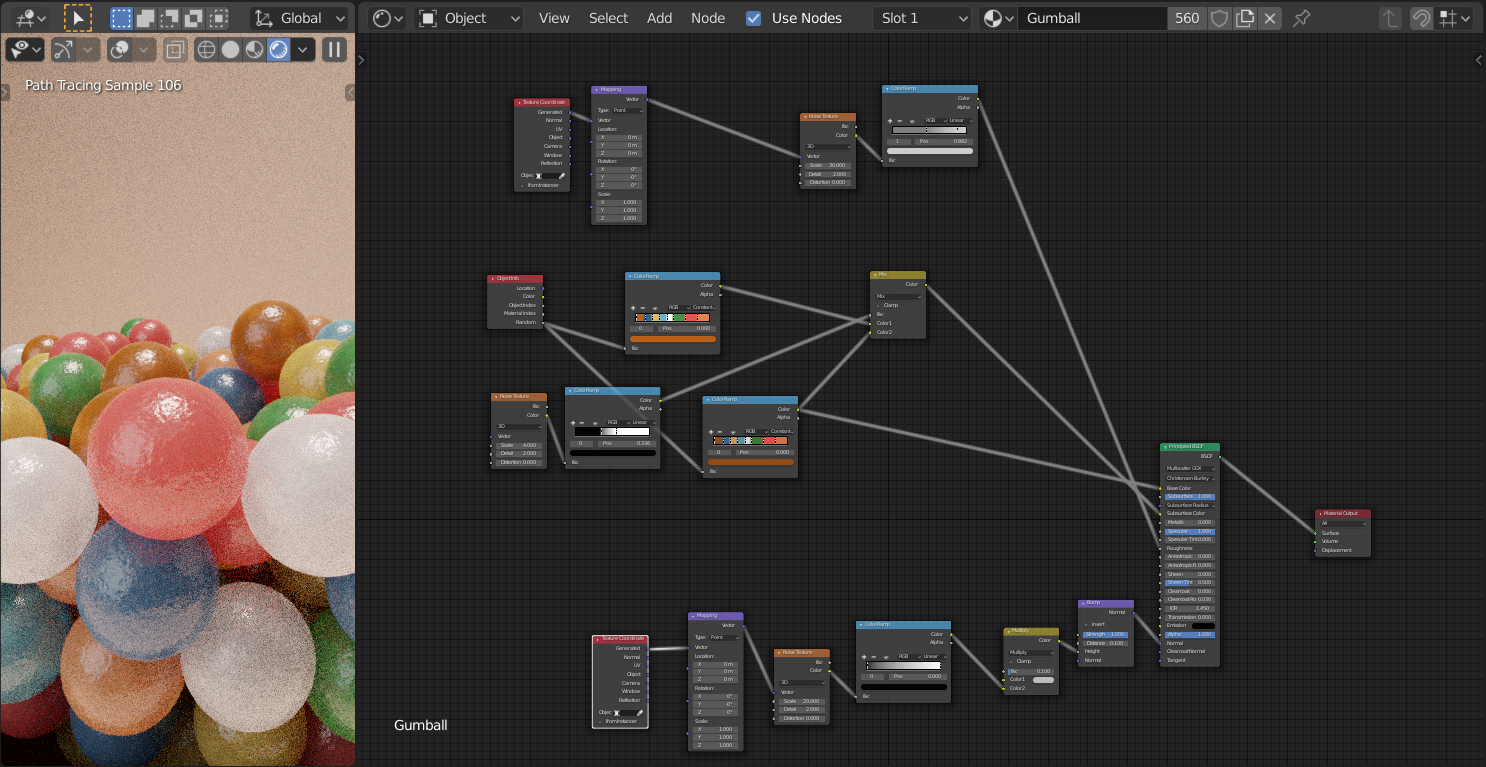 So first off, I UV unwrapped the whole thing, then exported it as an OBJ. However, in Substance Painter the UVs weren’t very good, so I removed the UV maps and let Substance Painter auto-unwrap them. It did it very well, except for a few cylindrical objects. I blurred out the errors in Photoshop afterward anyway.

I’d only just acquired Substance Painter, and did a tutorial course to learn it a few weeks back. I used it for this project to learn the program even better, which I successfully did.

To start with, I put a few premade Smart Materials onto the mesh, the metal, the black hoses, and the red paint. 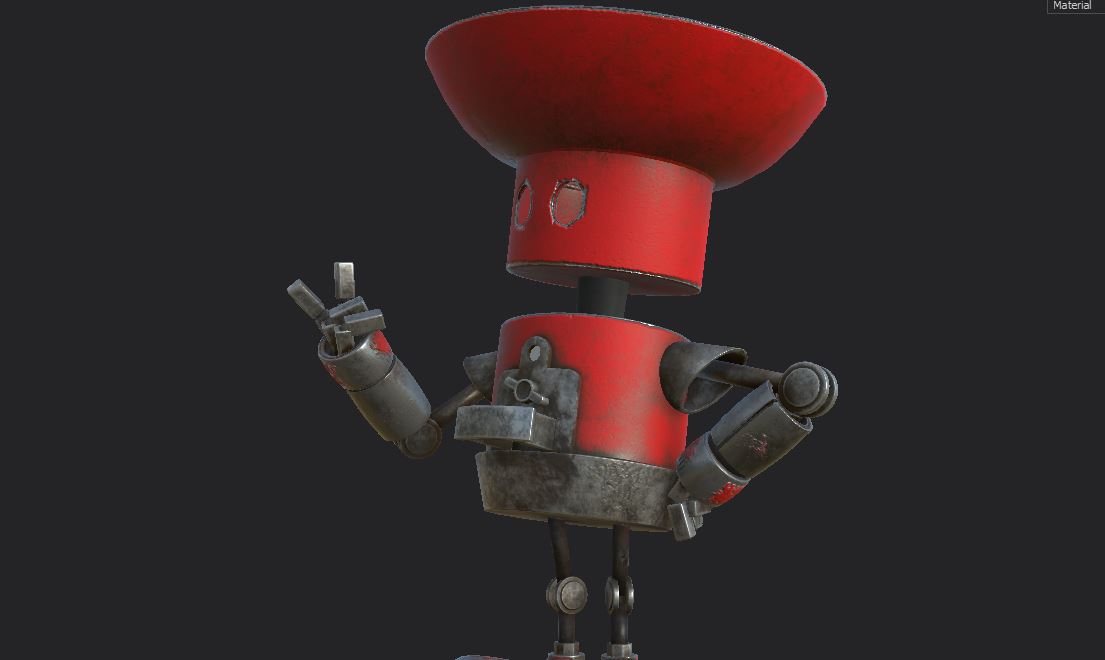 I then went and manually added scratches, blemishes, and smudges of dirt. 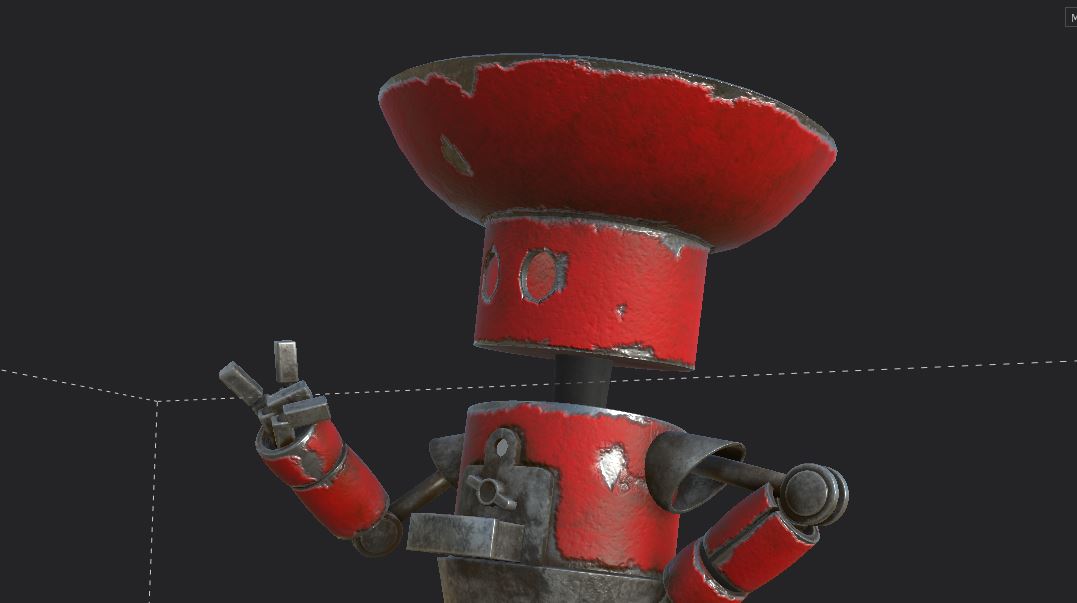 I found Substance Painter very easy to use, as I know my way around Photoshop a reasonable amount, and I found all the layers and brushes and such extremely similar.

The textures went through several iterations, where each time I just added more and more scratches, blemishes, and dirt. In the end, I was happy with it, and exported the textures.

But then I had a problem. Seeing as Substance had auto unwrapped it, I didn’t have those UV Maps back in Blender. That meant I had to dump the original mesh, export the file from Substance as an OBJ, import that into Blender, then add the textures back on in Blender.

I then spent a while giving the mesh back it’s good topology, which exporting and importing had ruined.

After adding all the textures into Blender, I tweaked some of the texture maps with math nodes, until they looked the way I wanted.

Then I went and added bevel to all the edges (IMPORTANT), and re-added some subsurface around the place. 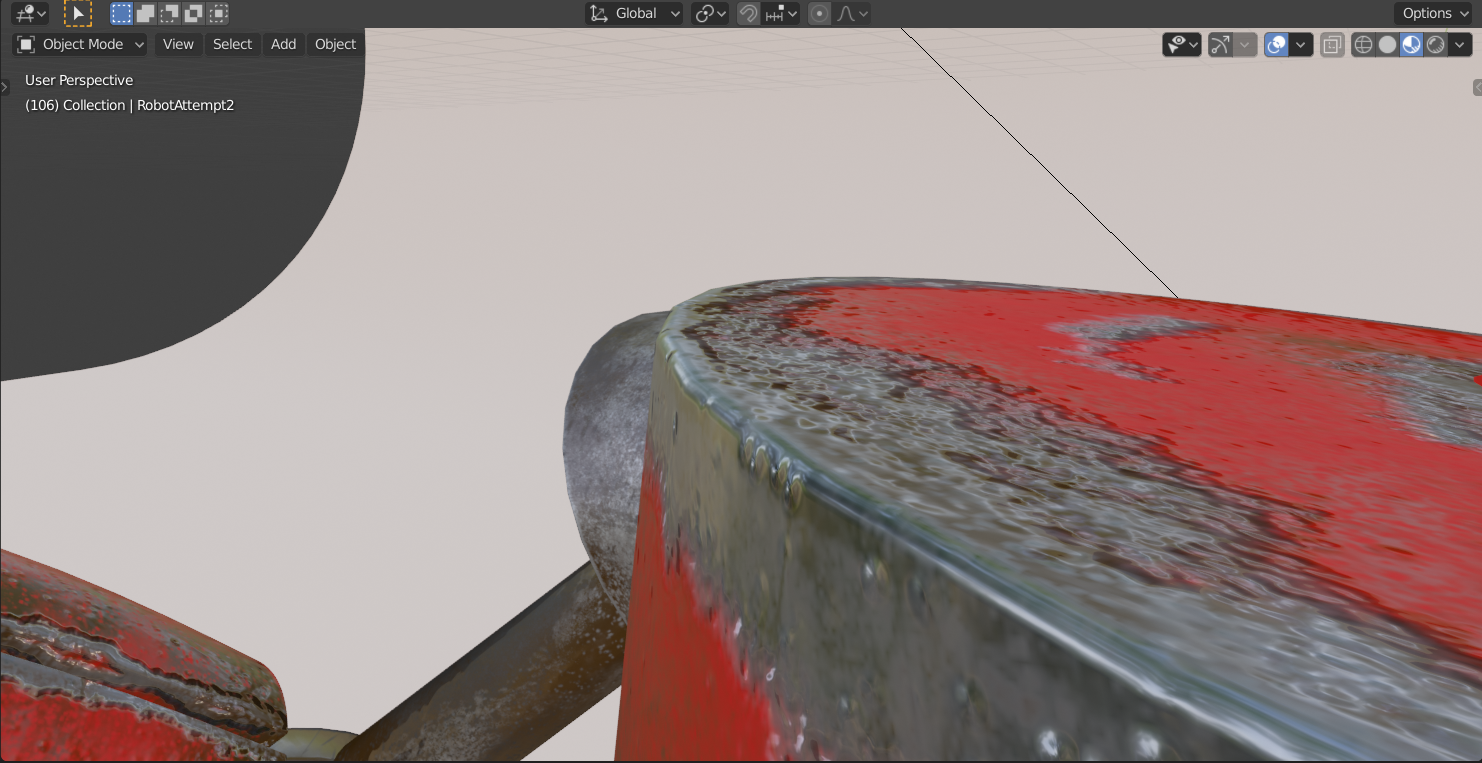 Lighting was a fairly simple procedure. First off, I went and made a background for the robot to stand on, which was just a plane and a wall with a heavy bevel on the corner.

The lighting was a fairly bright sun lamp from above, with a couple of area lamps from either side. 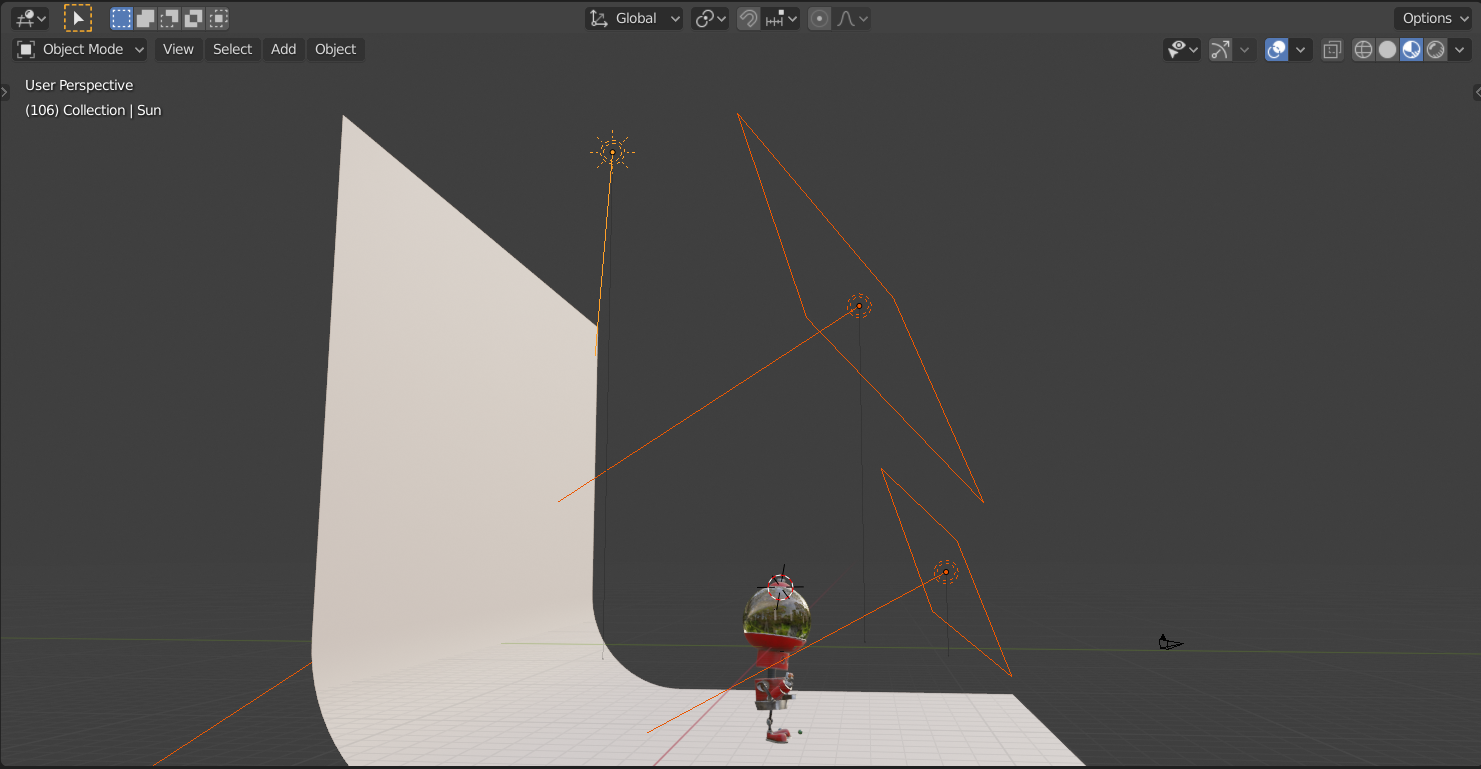 Initially, I had the sun lamp’s angle too high, and the robot looked like it was floating. That was in the image I posted online, and that was the one critique people had for me. So for this Behind the Scenes, I went and re-rendered it, and hopefully fixed it.

I rendered it on 500 samples, then used the AI denoiser in the compositor to get rid of any noise. I colour-graded it a little, then saved it. I then took it into Photoshop and blurred some of the UV seams. 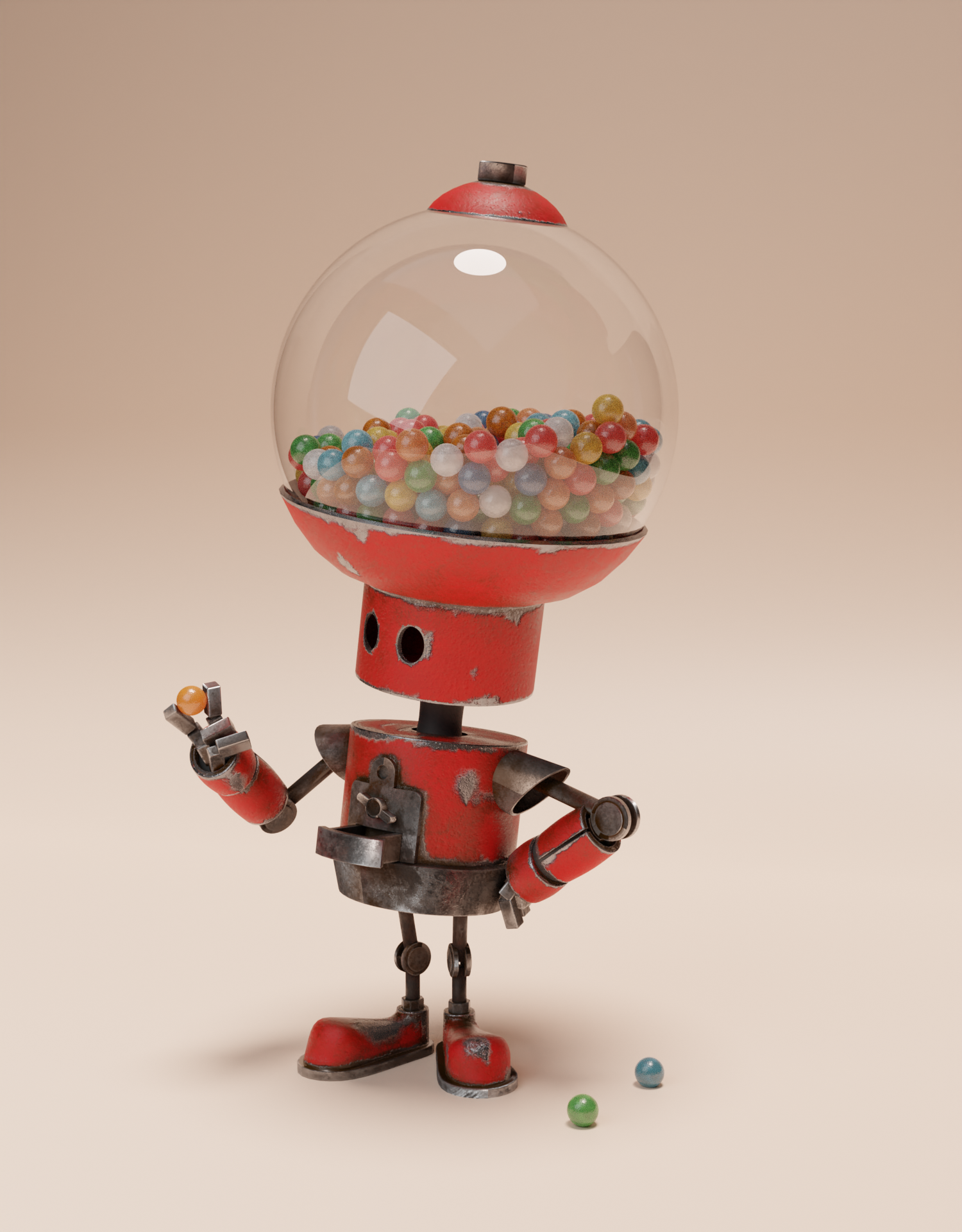 This was a very fun project to work on, and showed me a little of what I was capable of. I’m quite proud of it and have learnt a lot. But there’s still a lot more... 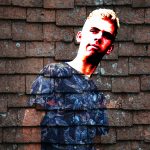 William Phillips, a young 3D artist in the making. 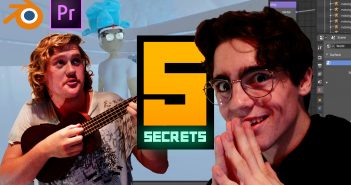 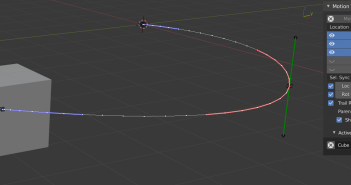