Blender offers us countless tools to animate our characters, but we do not always have the necessary time or technical skills needed in order to make realistic character animations. If you ever thought that it might be interesting to solve this technical challenge in a faster and easier way, the solution that Chordata provides could be just what you are looking for. With Chordata’s framework, you can capture the movement of a performer in real-time, process the captured data in Blender and animate your character in 3D with the data you just recorded, providing great realism to your animation.

Chordata is the first open-source motion capture system that integrates natively with Blender. Through an interconnected framework of inertial-magnetic sensors (the same ones that allow your smartphone to understand when you tilt or balance it), a hub and a microcomputer such as the Rasberry Pi, we obtain the data of a performer's movement in real-time. A software called Notochord, which runs inside the microcomputer, sends the captured data directly to your laptop or desktop through Blender. This is possible thanks to the Add-on that we developed in Chordata, which allows you to receive, record and retransmit the data of your capture. As you can see, our system allows you to transform your movements into animations in real-time with great realism.

Chordata was born from the need of Bruno Laurencich, who is both a 3D artist and Chordata’s Tech Lead, to record the movements of his wife, dancer Ariana Serra. At that time, in 2015, motion capture systems were even more expensive than they are today and, instead of saving to buy them, Bruno began researching and developing his own solution. Today, 4 years later, we have a prototype moving forward and Chordata begins to raise interest in many parts of the planet.

In fact, many beta-testers are already using it (either because they were part of one of our official Beta-testing programs, or simply because they built one themselves) and are applying motion capture technology in various fields such as animation, digital arts, virtual reality, sports research or rehabilitation analysis.

Last year we were at the BCON presenting the system and this year we have returned to tell you everything that happened during 2019 in Chordata, as well as the news and updates of the system. You can watch the full talk in the following video:

We are currently developing the new version of the add-on, which will be compatible with Blender 2.8 and will include several improvements in the user experience. In addition to the capture in Blender, the system is designed to be flexible, allowing the reception of the capture in various Clients. For example, we are working on a remote_console that will allow you to receive the capture from any browser, including from a smartphone, and register it as .blend, .fbx, .gltf or any of the formats in which Blender can export this type of data.

The experience of seeing Chordata being born from a simple idea and evolving into a system that has already been used by many people is exciting. Our goal is to democratize access to this technology and ensure that every user in the world who wants access to a motion capture system has one available. At this point, you will probably be wondering: “how can I access the system?” The framework is now open, which means you are able to build it with the aid of our downloadables and the documentation available on chordata.cc. For those of you who do not want to build the suit, you should know that we open beta-testing programs regularly and that we hope to get the first production version of our motion capture framework for the first half of 2020.

If you liked our project, we invite you to join us in our forum, where the Chordata community is gathered and where you will find information on other users that are both building the suit or have access to one thanks to our beta-testing programs. You may also check out our wiki and our monthly newsletter (no spam allowed!). Additionally, you can also find us on YouTube, Twitter, Facebook or Instagram. 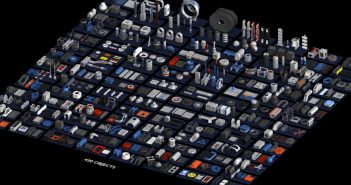