Hi everyone and thank you for this opportunity.

This image was created by Luca Di Cecca and Fabio Santomauro.

Luca Di Cecca is a 3D artist and Blender user. Recently he completed the short movie ‘Arturo e il Gabbiano’, an animated short in Blender, presented at the last BConf in Amsterdam.

Fabio Santomauro works as an illustrator and art director. He has published several illustrated books, such as the international hit 'The Whispering Town' and works for other Italian and foreign publishers.

We are completing the animated series for Rai, Italian TV, "Giù dal Nido", entirely made in Blender (in the link at the bottom you can see the Talk held in Amsterdam).

Dino's rendering starts from a concept by Fabio Santomauro.

The desire was to transform drawings that we had always seen on paper in 3 dimensions. 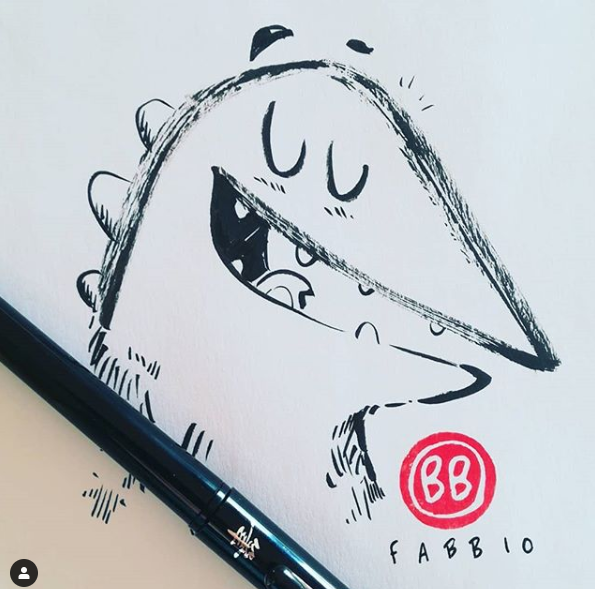 Curiosity and experimentation led us to an unexpected result that will soon be a concrete project (animation and publication). 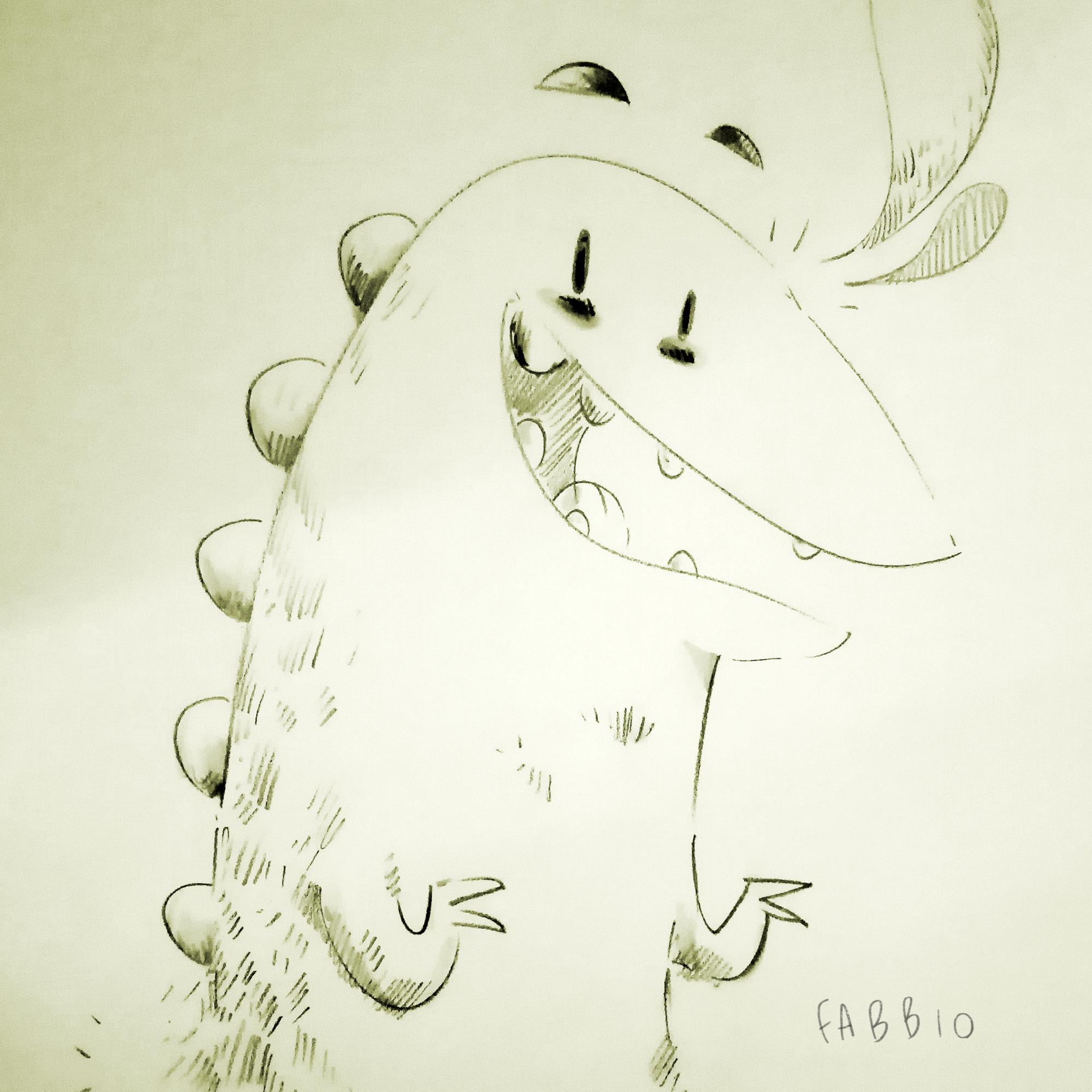 Dino's modeling is very simple and immediate. The model, for now, is not meant to be animated and therefore in the modeling phase we did not follow any good topology. I started by photographing Fabio's drawing and imported it into Blender as an 'image as plane'. 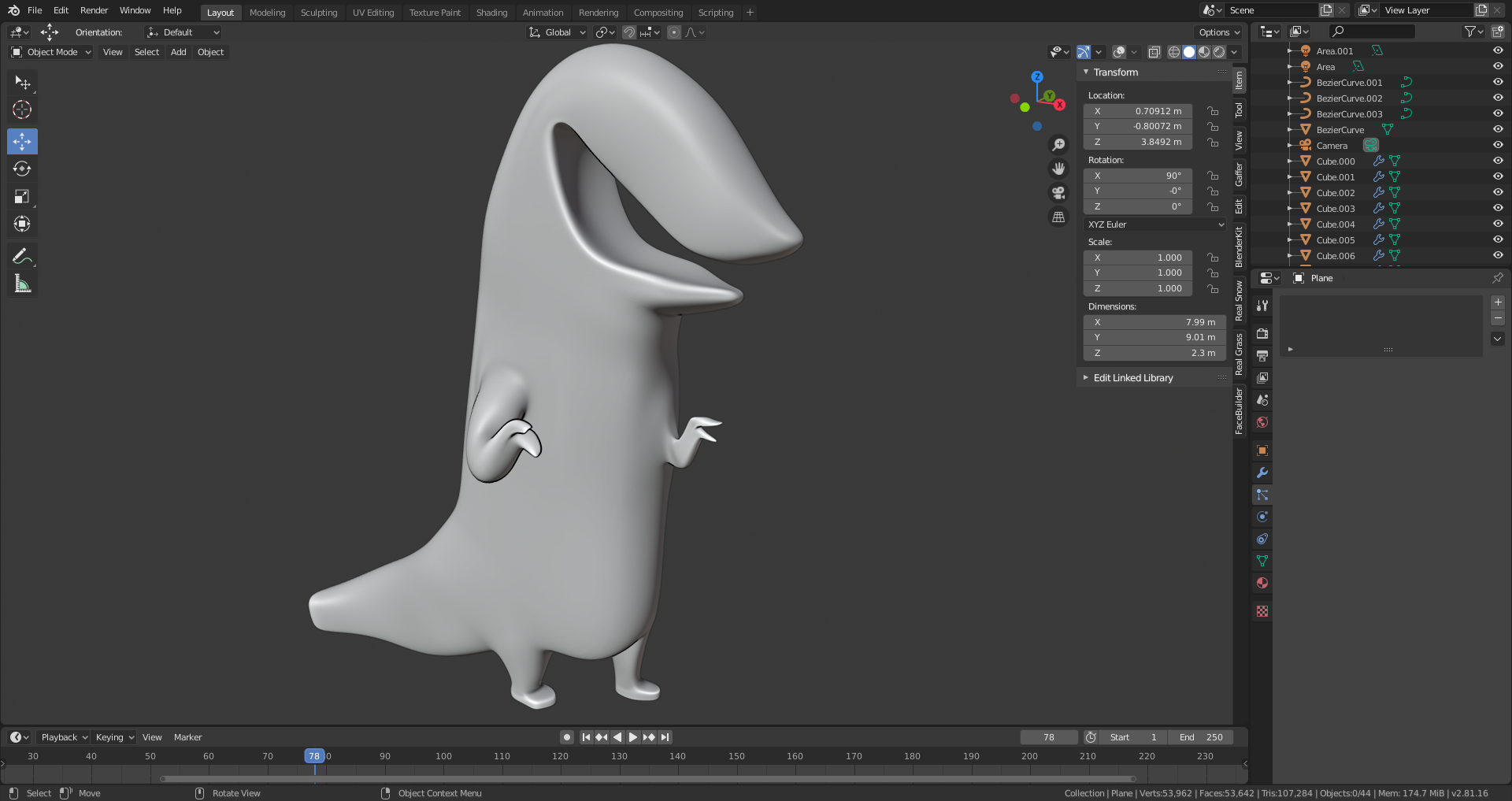 I literally traced the design starting from a plane and extracting some edges to get to the 2D shape. After that, I extruded the model and applied a Subdivision Surface modifier. Once the modifier was applied, I went into sculpt mode and, taking advantage of the new tools of Blender 2.8 , I added some details. 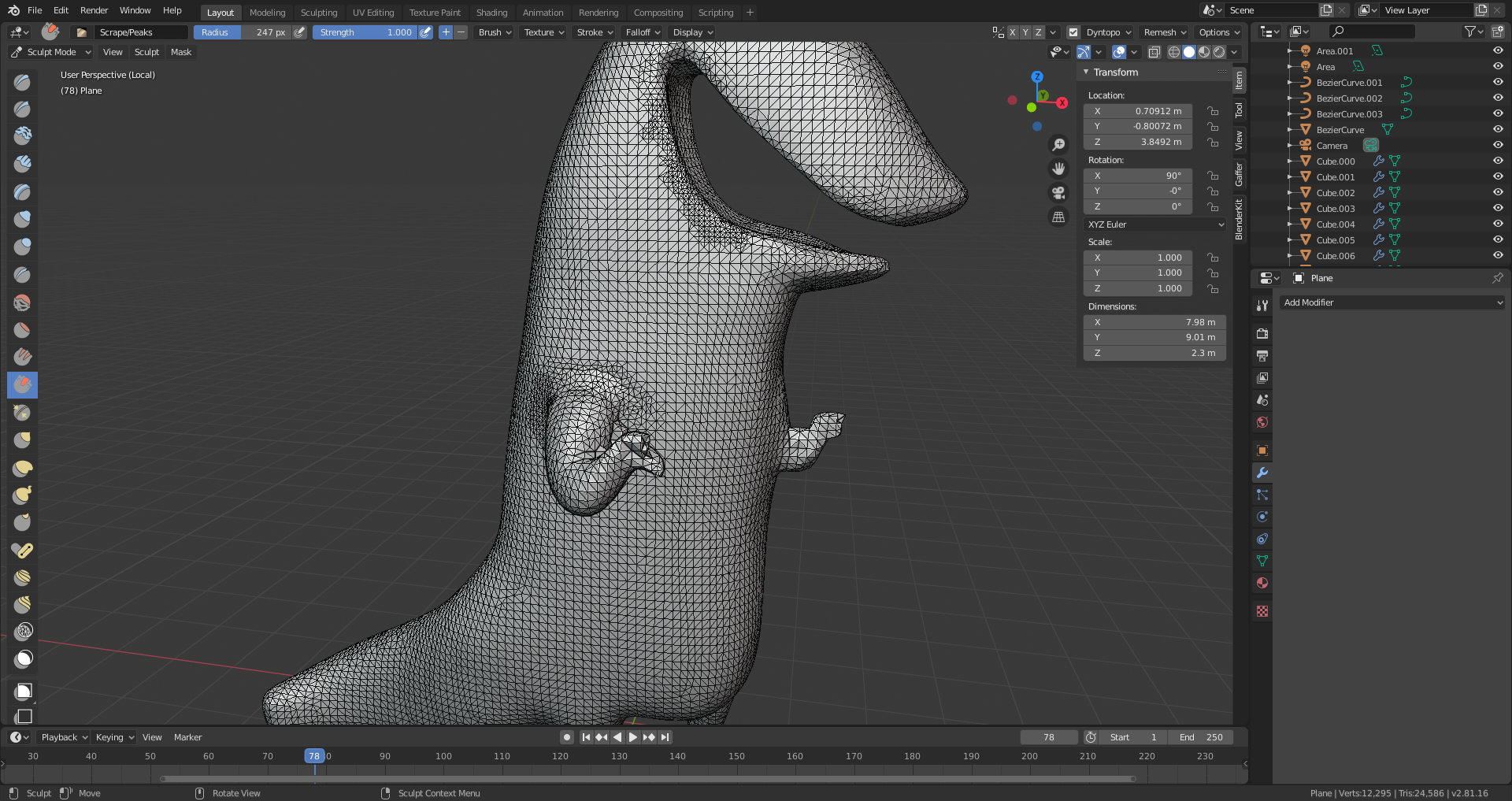 First of all I created a UV map.

For this model I used fast Smart UV Project. 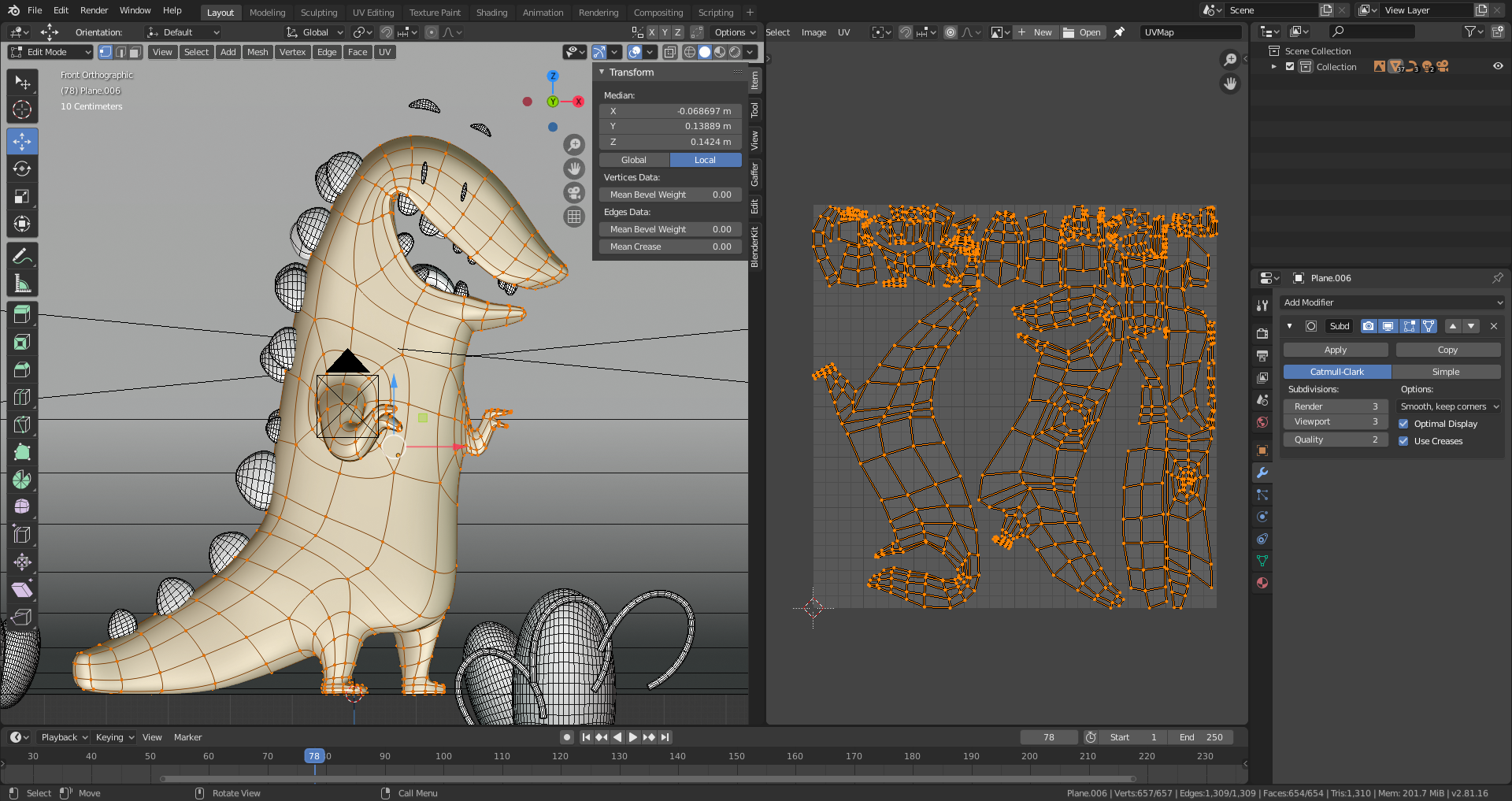 The idea for LookDev was to achieve a clay style.

For this I used a material from Reynante Martinez's collection, adapting it to the model. This shader is appropriate because it also has good detail in fingerprints.

For the lighting of the scene I used an HDR from HDRI Haven to tint the scene and added a Fill and Back area lamp.

I set the depth of field on the Dinosaur and arranged the final composition. 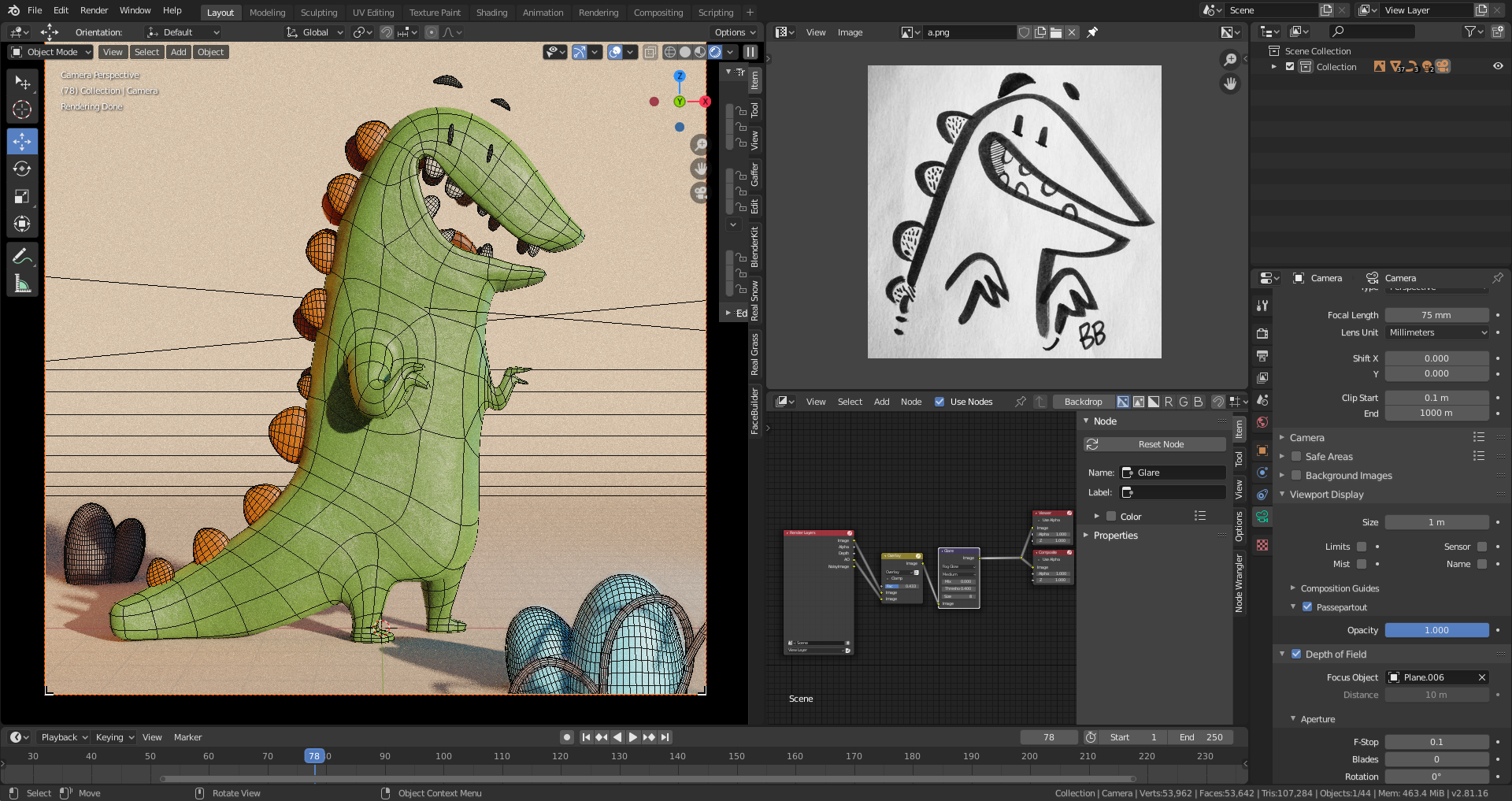 Once the final render was generated, the illustrator Fabio added some brush strokes directly on the image. 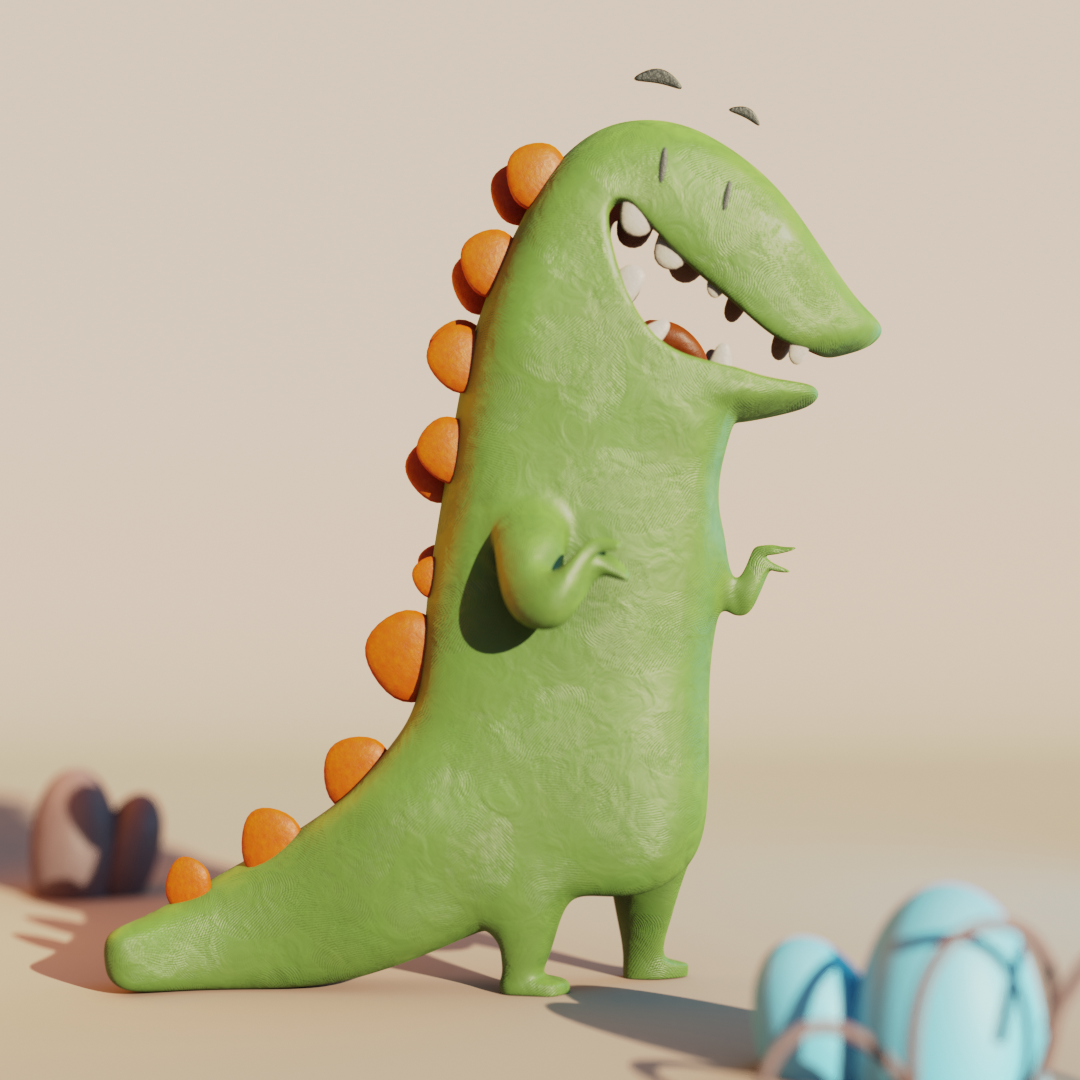 And here is the final render: 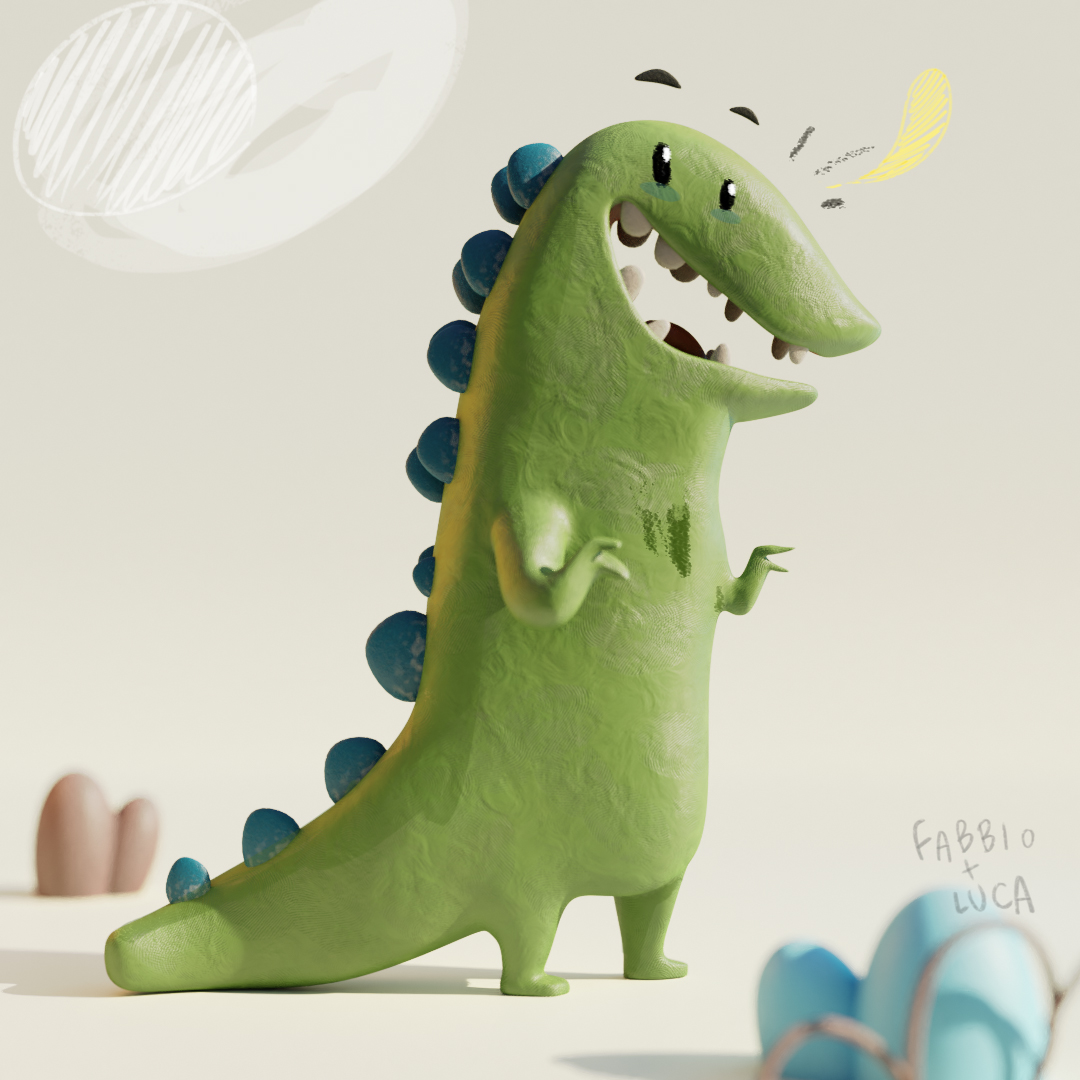 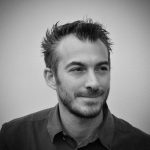 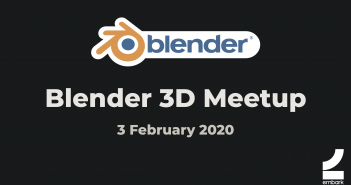 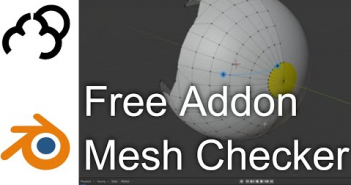