Hello there! My name is Anna Tutova, I’m a 3D artist from Russia.

3 years ago I started to sculpt in ZBrush and soon after that, I got a job as a game designer for an indie game studio. Almost everything I know has come from YouTube tutorials and just reading manuals (like in the old days, right).

The idea of the project comes from my friend. She wrote a poem about a cat and asked me if I would create a character based on her story. It was tricky because the poem is cheerful and my characters mostly are sad. We decided to make it a bet. Can I make a happy cat? Yeah, I lost.

For the inspiration, I made a board with cats from Pinterest (still the best way to search for references). 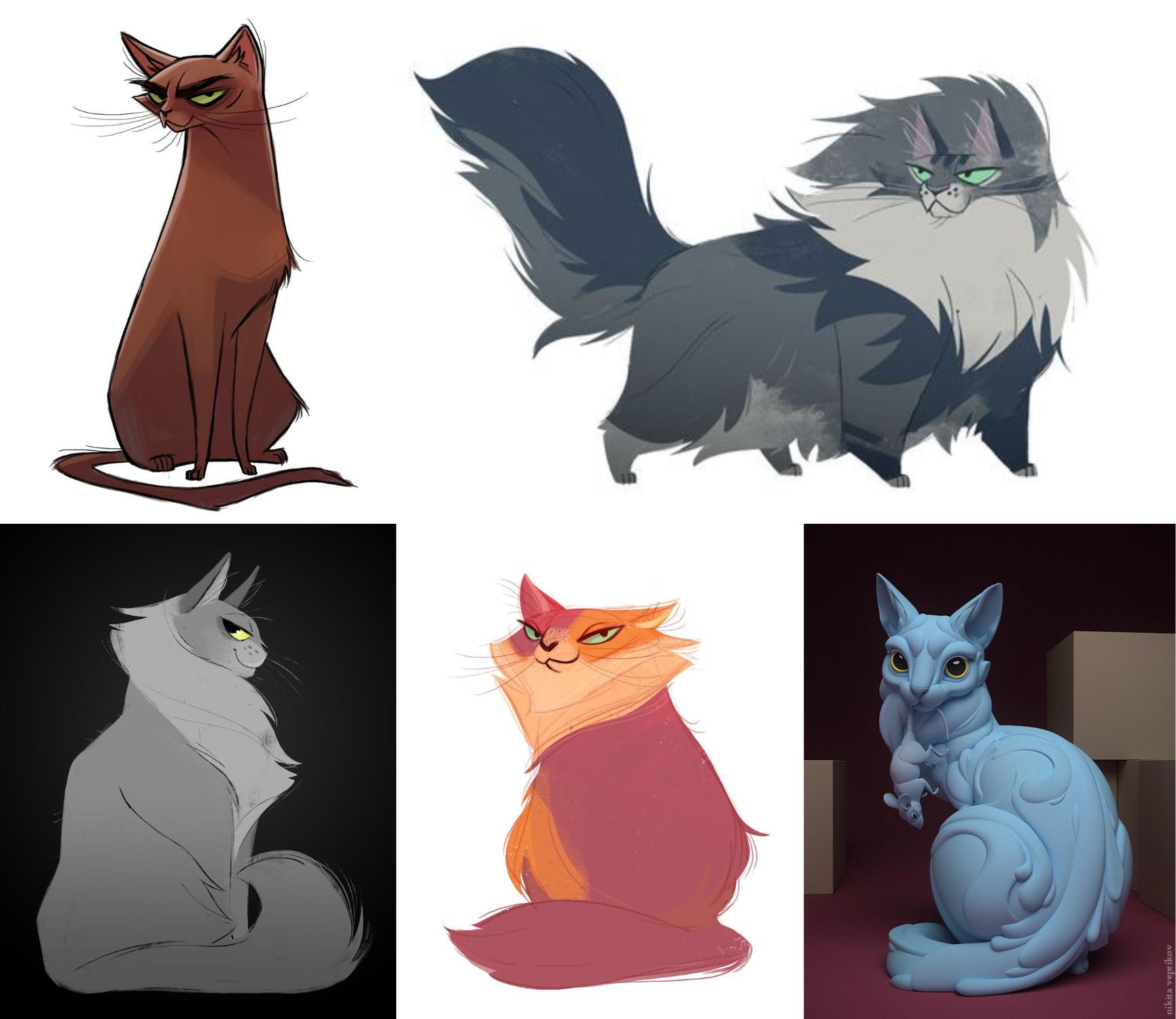 To make an interesting mesh I experimented with the ornament alphas in ZBrush. I placed them on the mesh with the Brush Drag tool and sculpted over it. 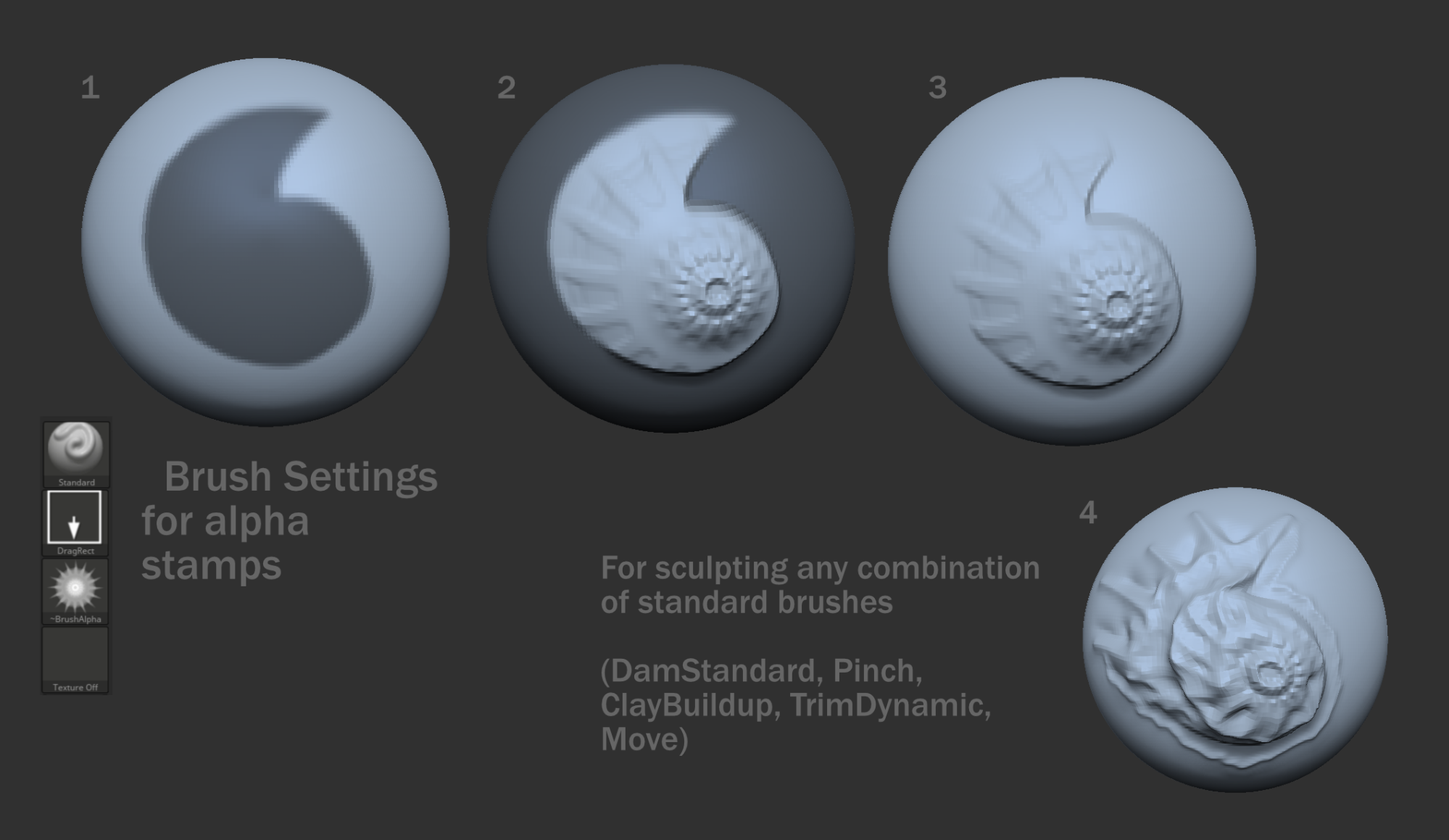 After importing the cat’s mesh to Blender 2.8, I started to work on the scene. I used 3 light sources—a top light to fill the scene and side lights to create an accent on the silhouette. 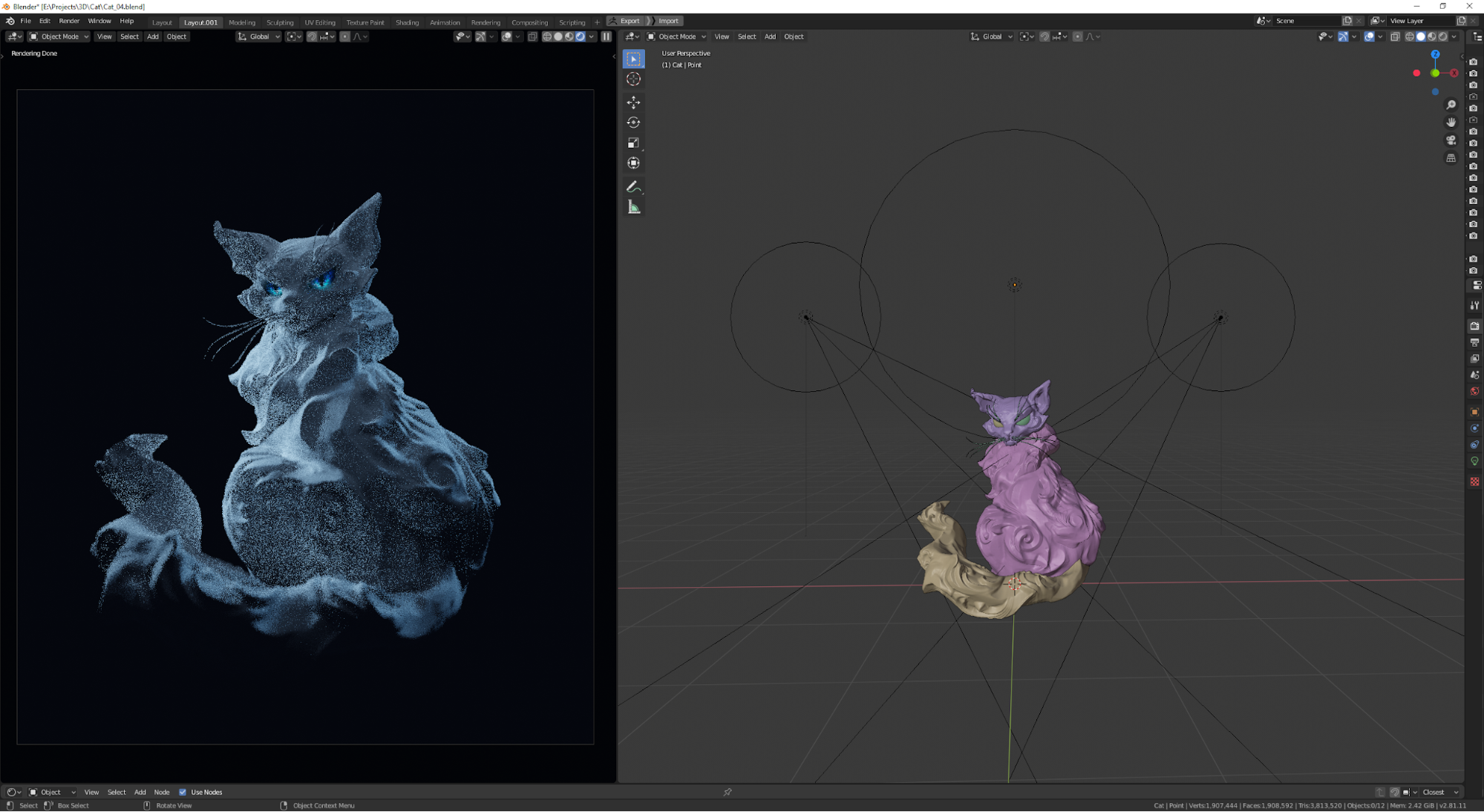 For making the grass I used a Hair Particle System. Some types of grass have a small sphere on them to imitate dew. 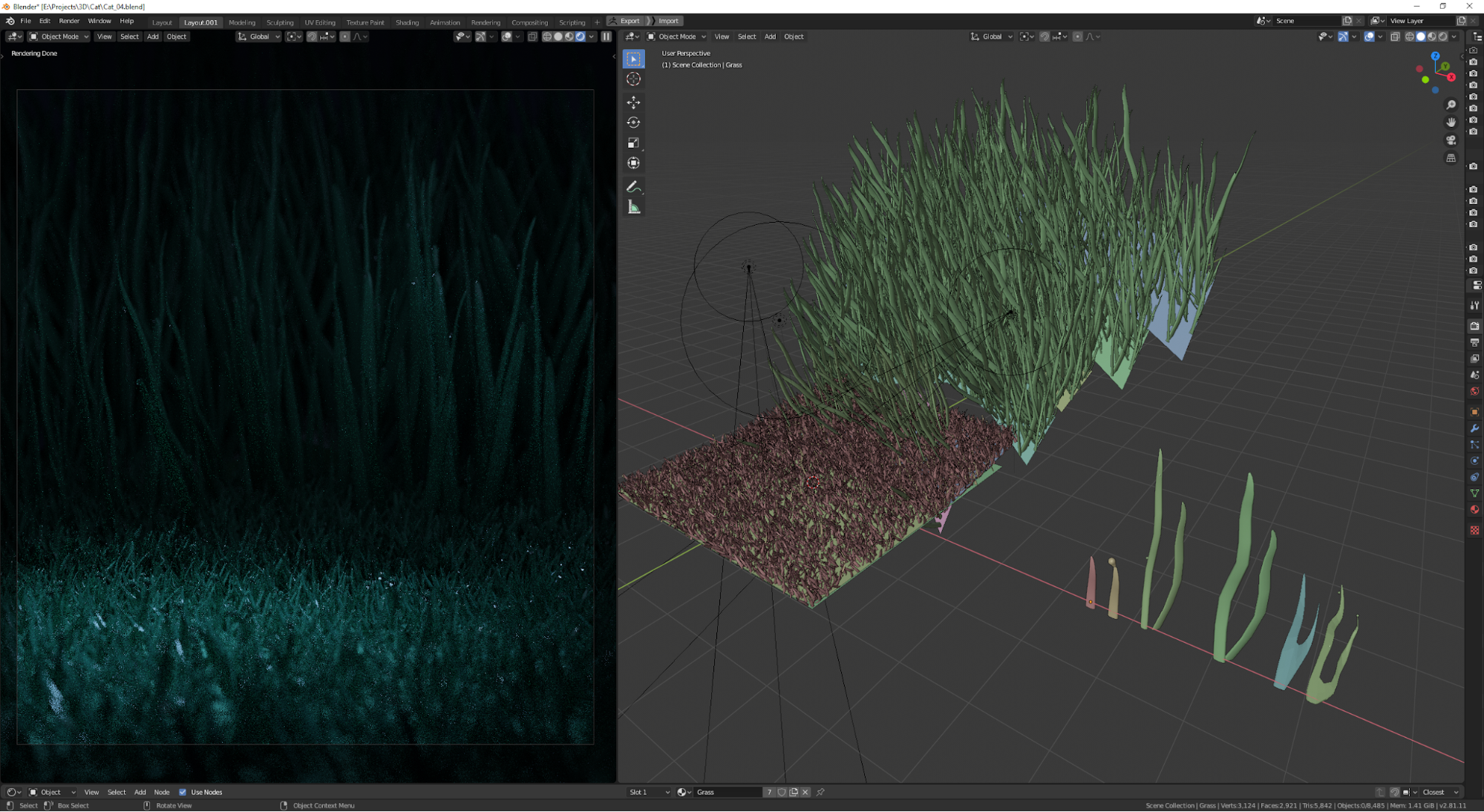 To make the cat’s eyes glow I used an emission shader. I drew a texture mask where I wanted the eyes to glow and used it as a factor in the Mix Shader node. 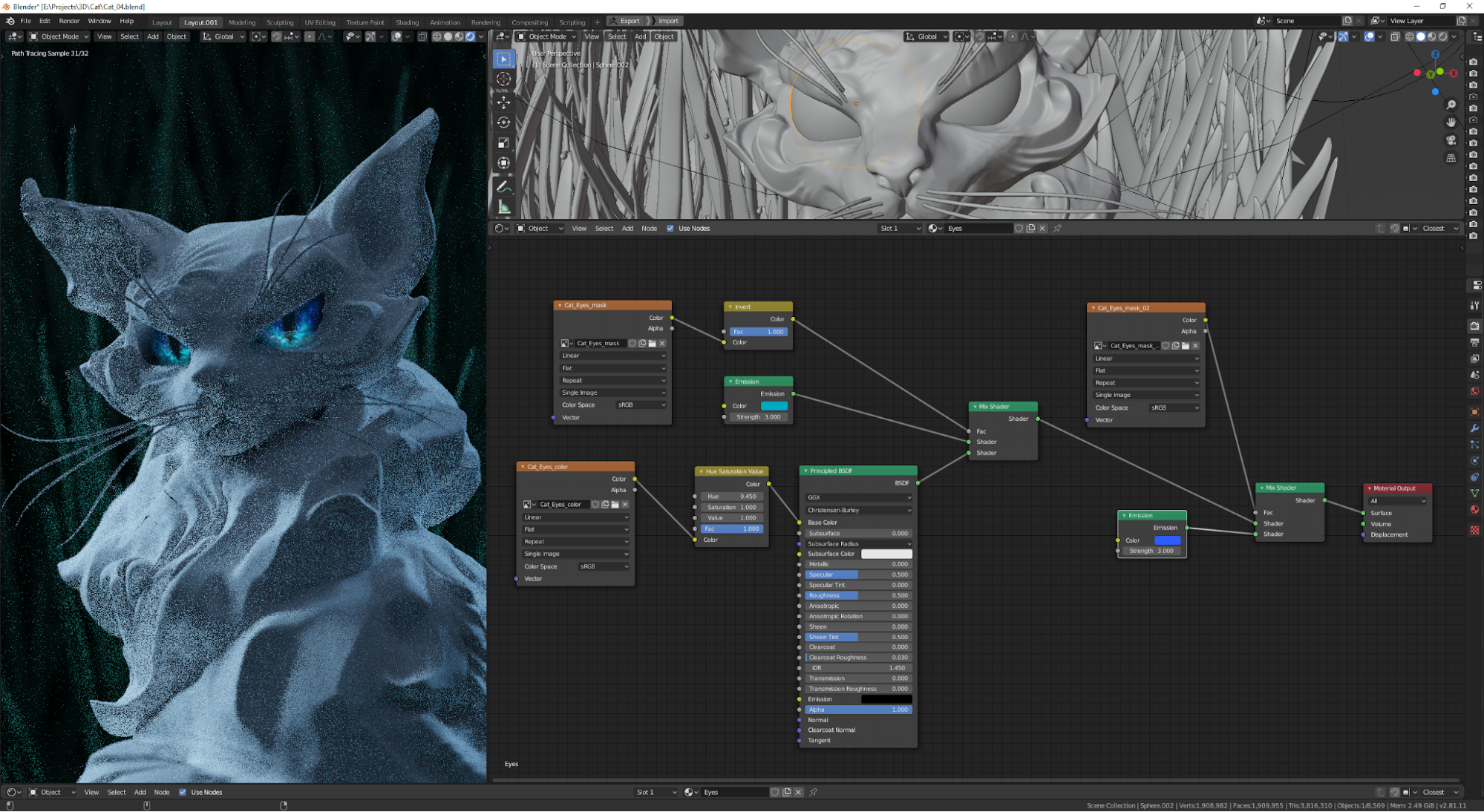 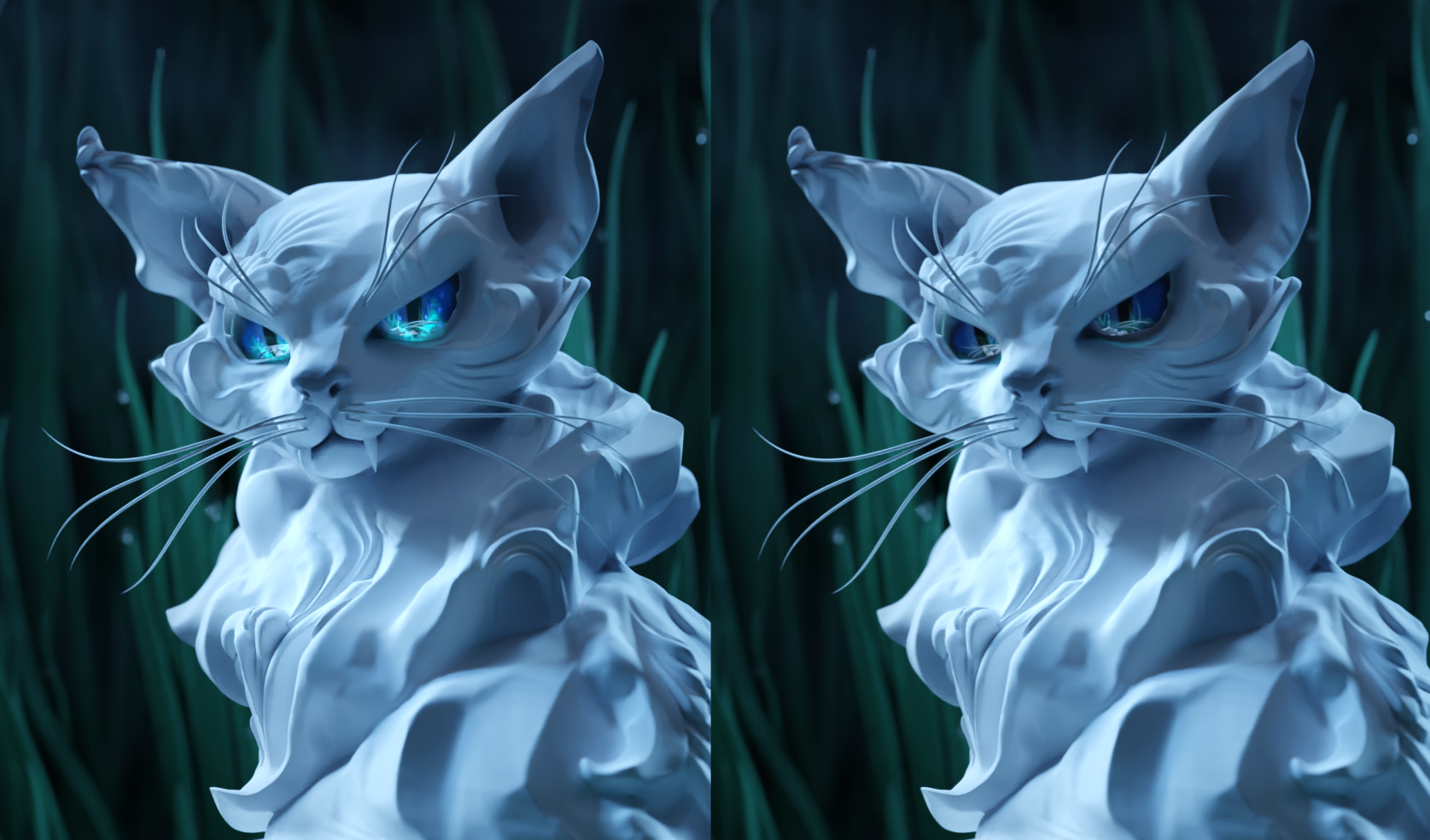 With and without the Emission shader.

For emphasizing the mood I added fog. I used a Voronoi texture to make it more stylized. 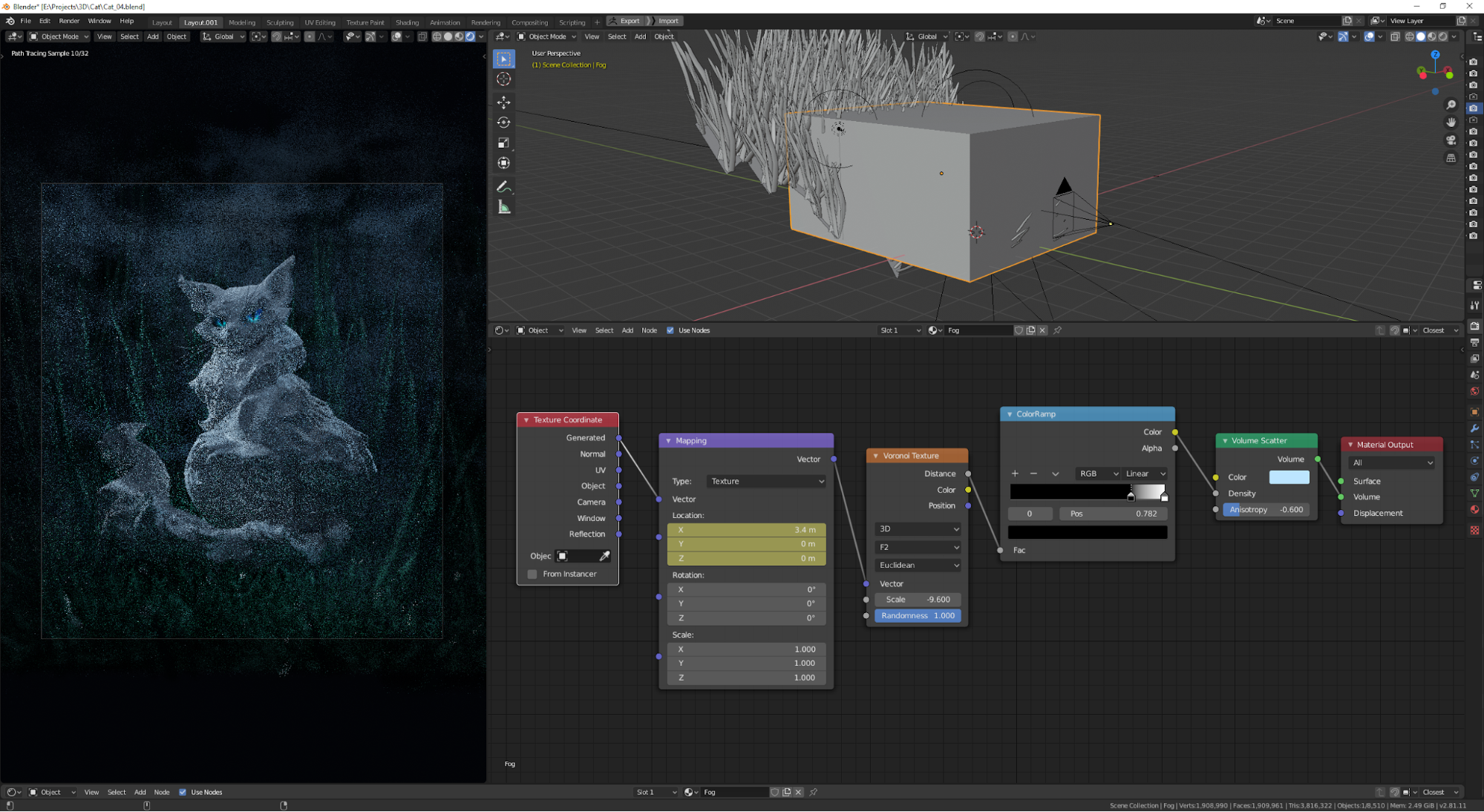 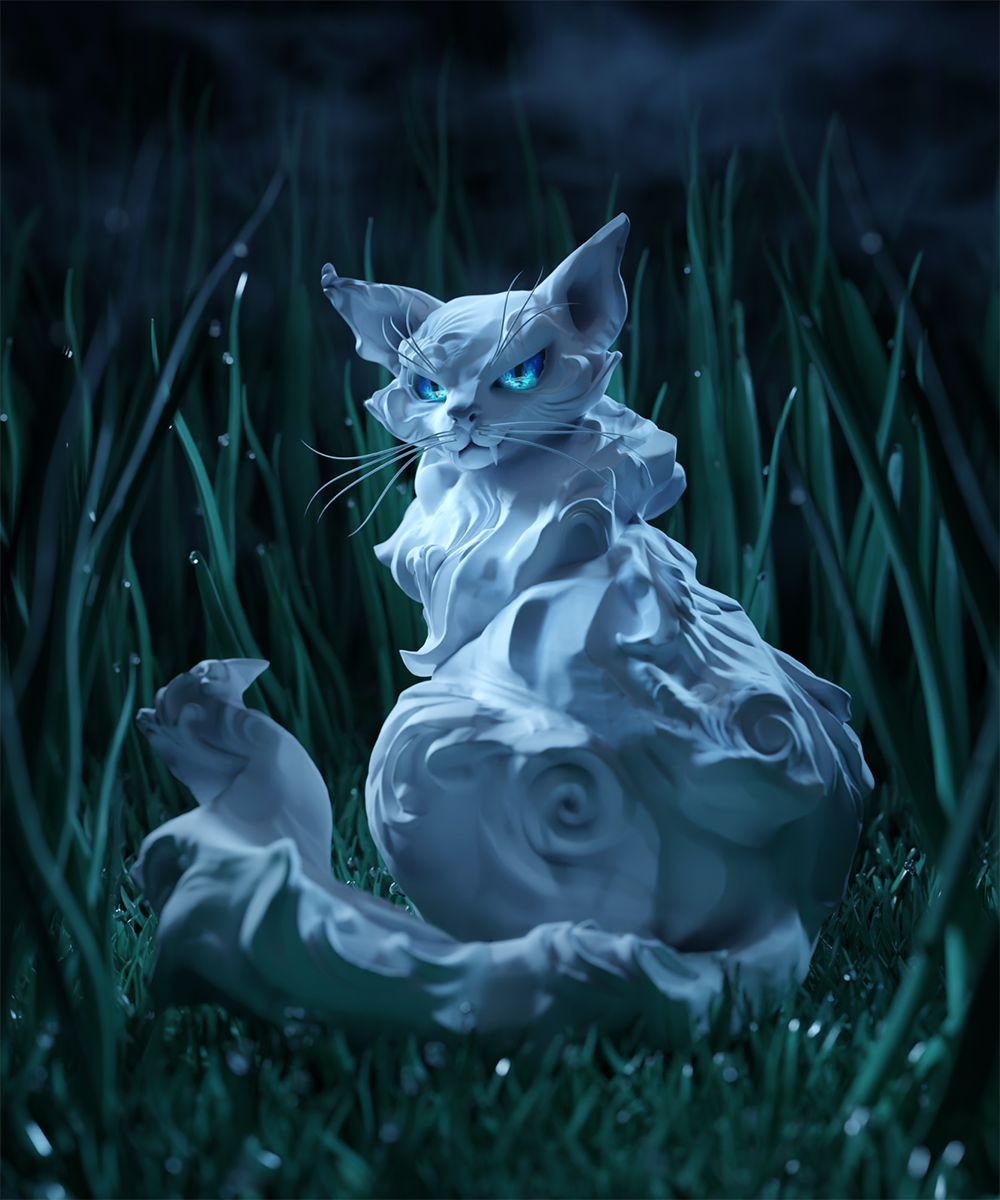 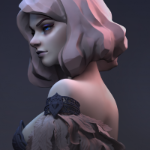 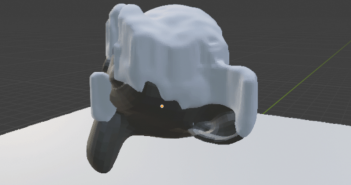 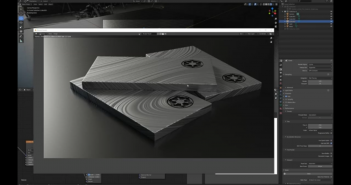 Next Article How to make Beskar Steel from the Mandalorian!