Blender has a powerful node-based editor for creating 3D shaders, but when it comes to authoring 2D texture maps, many artists turn to commercial tools like Adobe's Substance Designer. What if there were a way to create those textures in an open-source application? Thanks to Material Maker, a promising – and recently updated – procedural texture-generation tool, there may be.

An open-source alternative to Substance Designer?

As of the latest update, Material Maker 0.6, each node can display a thumbnail image of the resulting 2D texture map, but you can also view the results applied to a mesh in the built-in 3D preview. 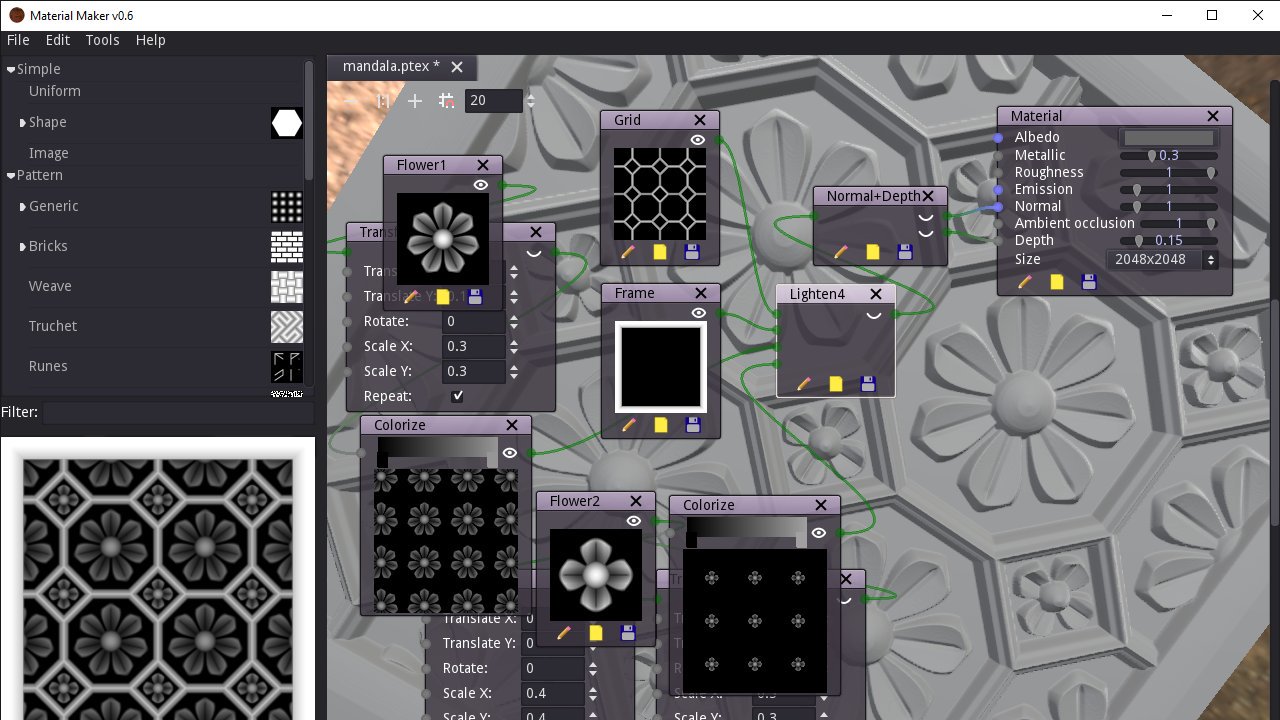 The nodes themselves are divided into similar categories to Substance Designer, including Generator nodes for creating base patterns, and Filter nodes, for modifying the base pattern into a usable texture. The tool set is still fairly small: in the current release, there are around 20 nodes, compared to the hundreds available in Substance Designer, but it is still possible to create quite complex textures, like the mandala pattern shown in the image above.

Once you have created a procedural material, you can export it as a set of PBR texture maps following the metallic/roughness convention used in Unreal Engine and many other DCC tools. 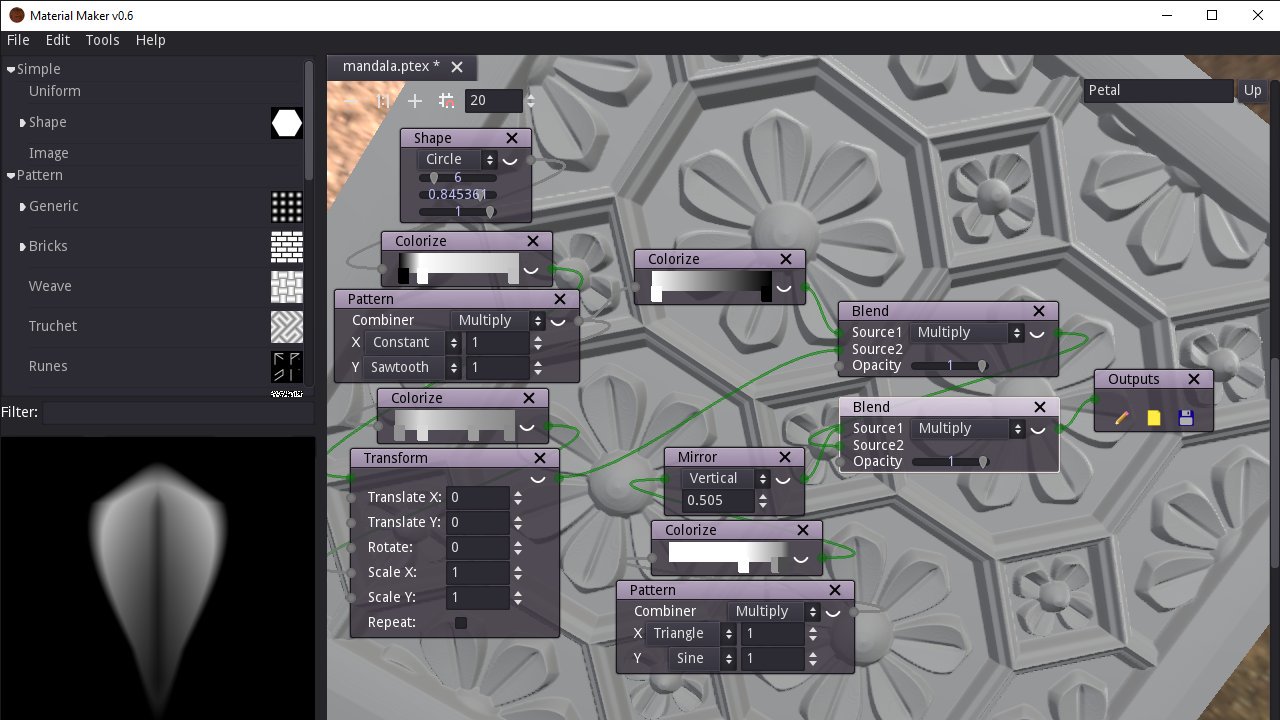 Material Maker 0.6 adds the option to collapse sets of nodes into one to keep the graph organized.


As well as the embedded image previews within each node, Material Maker 0.6 adds a couple of other important new features. The first is the option to select sets of nodes and collapse them into a single group node, helping to keep the node graph organized when working on complex materials.

The second is GLSL: the update makes "nearly all" of the software's generator nodes GLSL shaders. As well as improving performance, that makes it possible to customize their functionality by editing the shader itself, although at the minute, you will probably need to use shader code you have tested in an online editor like Shadertoy, as Material Maker has no native diagnostic tools.

Material Maker 0.6 is available for Windows and Linux under an MIT licence, both as a standalone tool, and an add-on for the Godot engine itself. 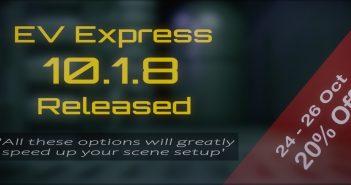 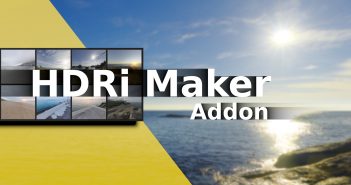 Next Article HDRi Maker updates to version 1.1 | 20% Off Coupon inside [$, promoted]