Quad Remesher is a powerful retopology automation tool that has received quite some attention in the Blender community since it has recently become available as a (commercial) Blender addon. So I figured some more information about it might be appreciated.

I’ve been a fan of the impressive ZRemesher auto-retopologizer ever since I bought ZBrush 4R7 in early 2015, and it’s always been one of the few tools that kept me going back and forth between Blender and ZBrush. So when the news arrived that ZRemesher was available as a stand-alone tool called Quad Remesher I was very excited, and contacted the developer to ask for a Blender version. He was interested, and once Quad Remesher development for Blender started I became a beta-tester.

As I love to help as many Blender users as possible to discover this convenient tool, I've compiled my own Quad Remesher FAQ. It has become a bit of a tl;dr, but if you're interested in Quad Remesher this FAQ provides a lot of info.

Q: What’s the added value of Quad Remesher compared to the Voxel remesher and Quadriflow remesher that are included in Blender 2.81?

A: Quad Remesher is not an ordinary remesher that projects faces onto a surface, but an advanced auto-retopologizing algorithm that analyzes surface characteristics like concavity, convexity and branching, then strategically places edge loops and as few as possible singularities (vertices that share more than four edges). This results in a mesh that is suitable for smooth subdivision without artifacts, convenient UV mapping, proper rigging, and forms an optimal quad-poly base mesh for Multiresolution sculpting.

For the best impression, download the trial version and compare the results to other remeshers.

Q: Will Quad Remesher also do a good job on a mesh that has a messy triangular topology?

A: Quad Remesher works on every kind of polygonal mesh topology. In fact, I’ve found that a triangular source topology often gives slightly better results. Try Triangulate + Beautify Faces in Blender's Edit Mode to change the polygon structure into only triangles (no ngons) with a balanced structure. This makes the Quad Remesher algorithm more effective.

Q: I’ve bought Quad Remesher and encountered a problem after installing. What should I do?

A: Have a look at the developer's Troubleshooting Quad Remesher page and the official FAQ. If that doesn't solve your issue it’s best to contact the developer directly.

Q: I miss a Quad Remesher addon for the Linux version of Blender. Will it follow?

👉 Please note that this is an independent initiative, and is not supported by Quad Remesher's developer Exoside.

Q: The site’s link to the Blender Quad Remesher add-on downloads a small zip file with just a Python script, instead of a full Quad Remesher installer.

A: Once installed in Blender, the Python script will automatically download and install the Quad Remesher module when you first try to retopologize something.

Q: Why is my UV mapping not preserved?

A: This is a limitation of the current version, but UV preservation will be added in a future update.
In the meantime, if you keep the Quad Remesher Quad Count as low as possible, the resulting mesh should be conveniently UV mappable. You can also try Blender's Data Transfer modifier to get some or all of the UVs back.

Q: There’s a 'Face Maps 2 Materials' operator that converts facemaps to material slots, but there’s no way to just use Blender's Face Maps directly. How come?

A: The reason for this is: Quad Remesher uses the FBX format to transfer mesh data, and FBX doesn’t yet support Face Maps. Solving this would require a rewrite of Quad Remesher, or Face Maps support in an update of the FBX format. Hence the converter is added as a bonus option for those who have already assigned Face Maps to a mesh.

A: Uncheck the Adaptive Quad Count option. This should result in a quad polygon amount that better matches your input value (although it can still deviate slightly, because the algorithm needs a little flexibility for a proper solution).

Q: I've increased the Quad Count to a value that should capture every detail of the original mesh, but some details are still not fully present. How can I avoid this?

A: People who are not familiar with ZBrush ZRemesher tend to increase the polygon count a lot, figuring there should be enough polygons to capture all the details, but I advise the common ZBrush ZRemesher workflow for QuadRemesher in Blender:

1: Quad Remesh using a relatively low Quad Count value, making Quad Remesher capture the global structure and surface flow of the source mesh. The default value of 5000 is okay in many cases. Increase the Quad Count for highly detailed meshes. I usually don’t go beyond 12000.

Q: I'd like to have some control over the resulting topology when using Quad Remesher. How can I achieve that?

A: There’s no dedicated tool yet in the current Quad Remesher version to indicate a custom edge flow, like the ZRemesher Guide brush in ZBrush, but there are several ways to guide Quad Remesher in determining the new topology:

You can assign materials to a mesh to guide Quad Remesher’s edge loop placement. This is comparable to the Keep (poly)Groups option in ZBrush ZRemesher. It tells the Quad Remesher algorithm to place edge loops across the boundaries of the materials, and the rest of the topology will converge to those edge loops.

Your source mesh doesn’t always have proper topology to assign materials. In that case you can use Edit Mode’s Knife tool (K) in Cut Through mode (Z after K) to slice clean cuts through a mesh where you want edge loops, then assign materials.

Alternatively or additionally, you can assign normals to groups of faces to retain existing edge loops.

In addition to this unofficial Quad Remesher FAQ you can find an official FAQ at the developer's site.

Last but not least there's an informative Quad Remesher discussion at the Blender Nation community site.

👉 There’s also a link to this article in that discussion, so please keep in mind this might create a loophole in the laws of the universe, causing a parallel universe to take over our universe, in which 3ds Max is open source and Blender is only available for a $ 1,000,000 per year subscription. 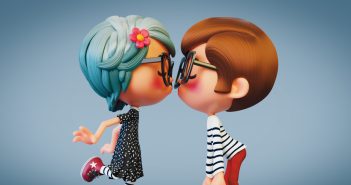 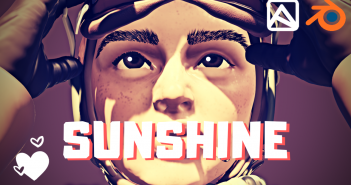