Hello, my name’s Dingole Ntsoane, a 27-year-old Multimedia Designer/3D artist from Pretoria, South Africa. I studied Multimedia Design at the Tshwane University of Technology. I’ve always had a love for cartoons and after watching Final Fantasy VII Advent Children as a kid I became infatuated with 3D art. I believe that in the design industry, one has to acquire as many skills as possible (illustration, 3D modelling, graphic design, etc.) because they always come together one way or another and one has to be able to perform when those situations arise.

As a kid growing up with cartoons, Pokemon really stood out for me because of the amazing character design and their evolutions. Gloom really captured my attention as it was one of the few Pokemon that I felt had an honest expression on their face (I always pictured it saying “oh boy, do I really have to battle because I'm not feeling up to it.”) and I knew I was going to enjoy recreating that.

Pokemon is a well beloved franchise and all Pokemon are well-known in their appearance. Much like the Detective Pikachu movie was able to retain the familiarity of the creatures despite having them look realistic, I wanted to do the same. The viewer does not have to guess who the Pokemon is, but should recognise it instantly.

I collected some reference images for the character to get a feel for it and understand it better. 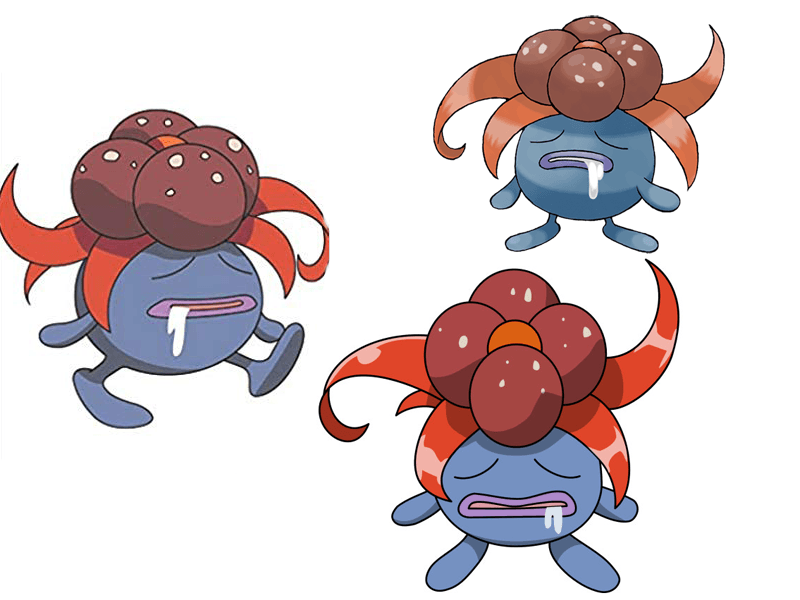 Reference image is made up of images from Bulbapedia, Pokemon Pets, and Tee Public.

Since I wanted to make this character as quickly as possible, I opted to sculpt and retopologize his body in ZBrush. I started off with a base of ZSpheres to get the basic form and they were quick and easy to adjust. 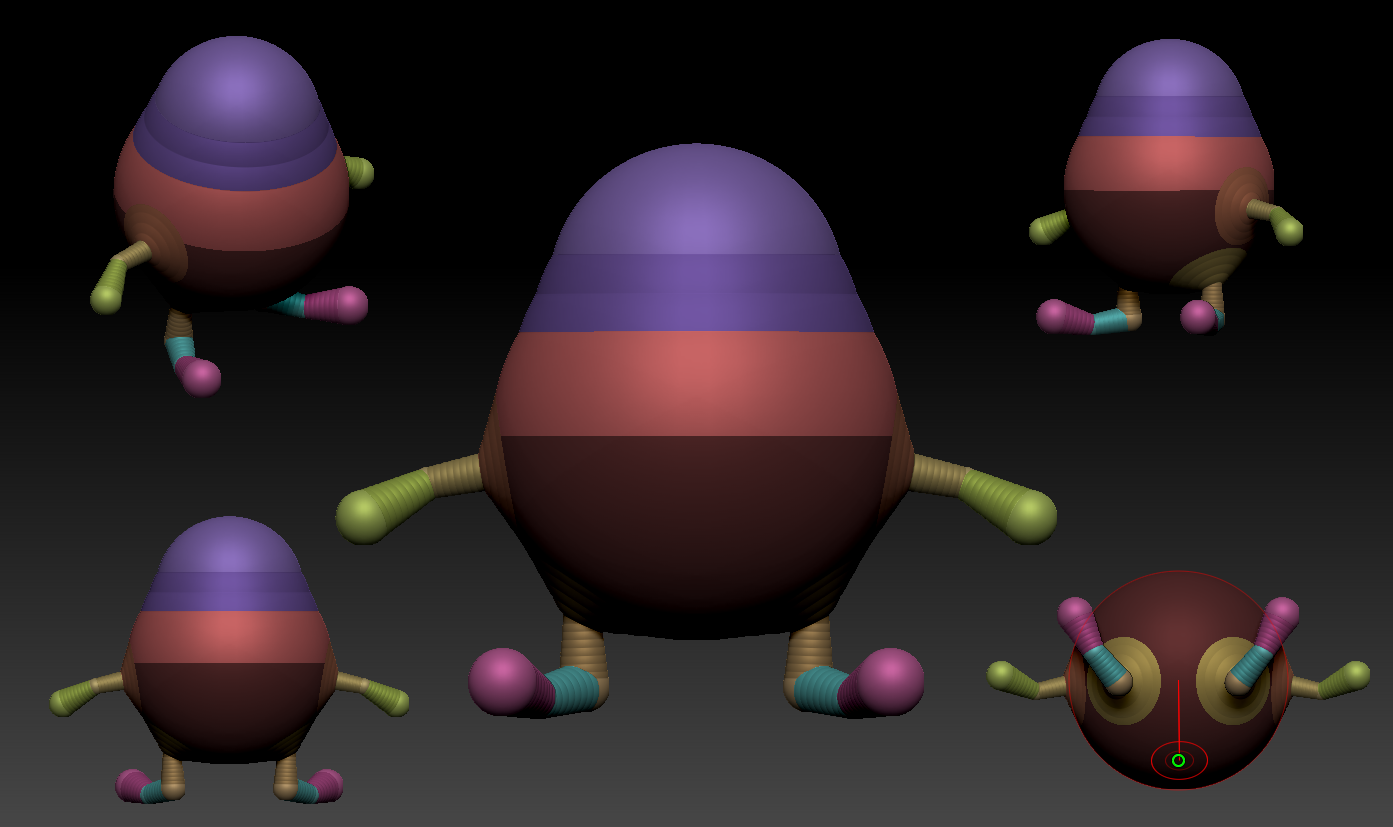 I then used the Clay Tubes brush to build the basic forms of the character and then used brushes like the Damien Standard to add more details to the mesh. 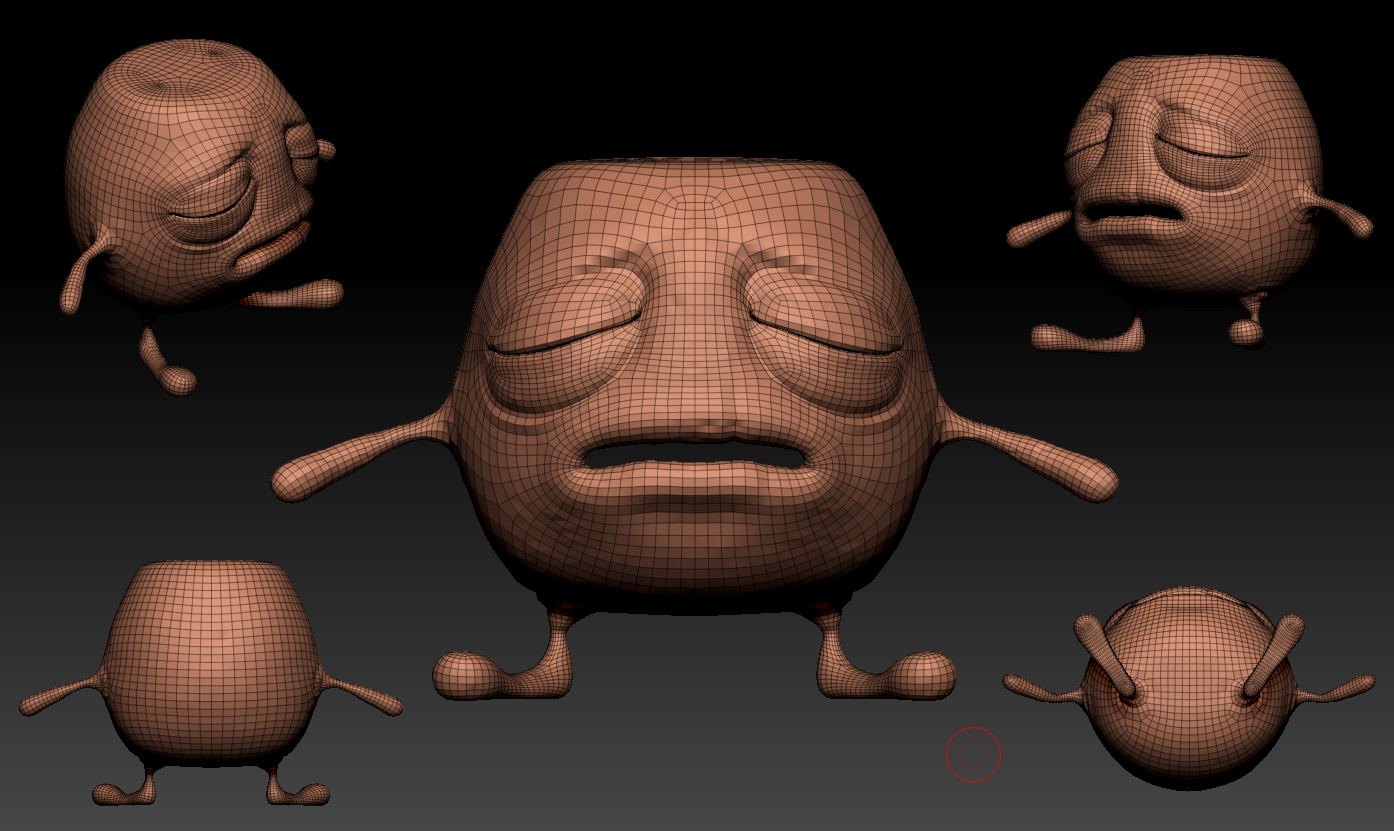 The character always looked sickly and depressed to me so I gave it sores, pimples, and puffy eyes to emphasize this. 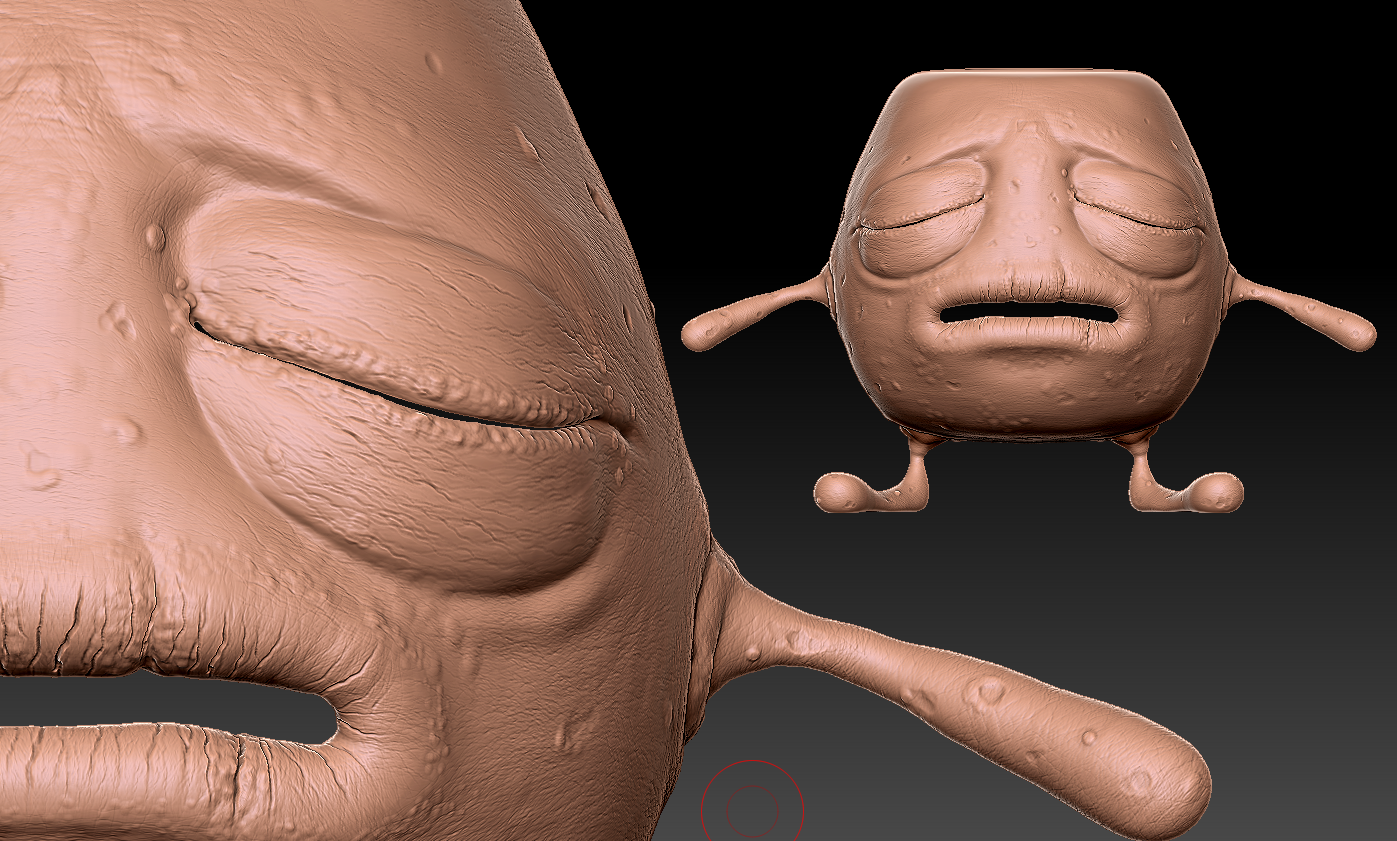 For the leaves, I turned to Blender as I wanted to match the reference images. I used simple edge extrusions; it was easy to get the basic shapes right without much effort and then I extruded the whole piece to give it some width. The character had two types of leaves so I modelled one of each, duplicated them and adjusted them to match the references. After that, I imported them into ZBrush for detailing.

I used polypaint to texture the character because I like painting on the mesh itself as it minimises seams. I exported a diffuse, gloss, normal and displacement map. For the SSS shader, I exported a lighter diffuse texture and darker/richer subdermal texture to give it a convincing look. To create some variance in the skin tone I modified the standard brush by giving it a color spray stroke with Alpha 23 and 22. 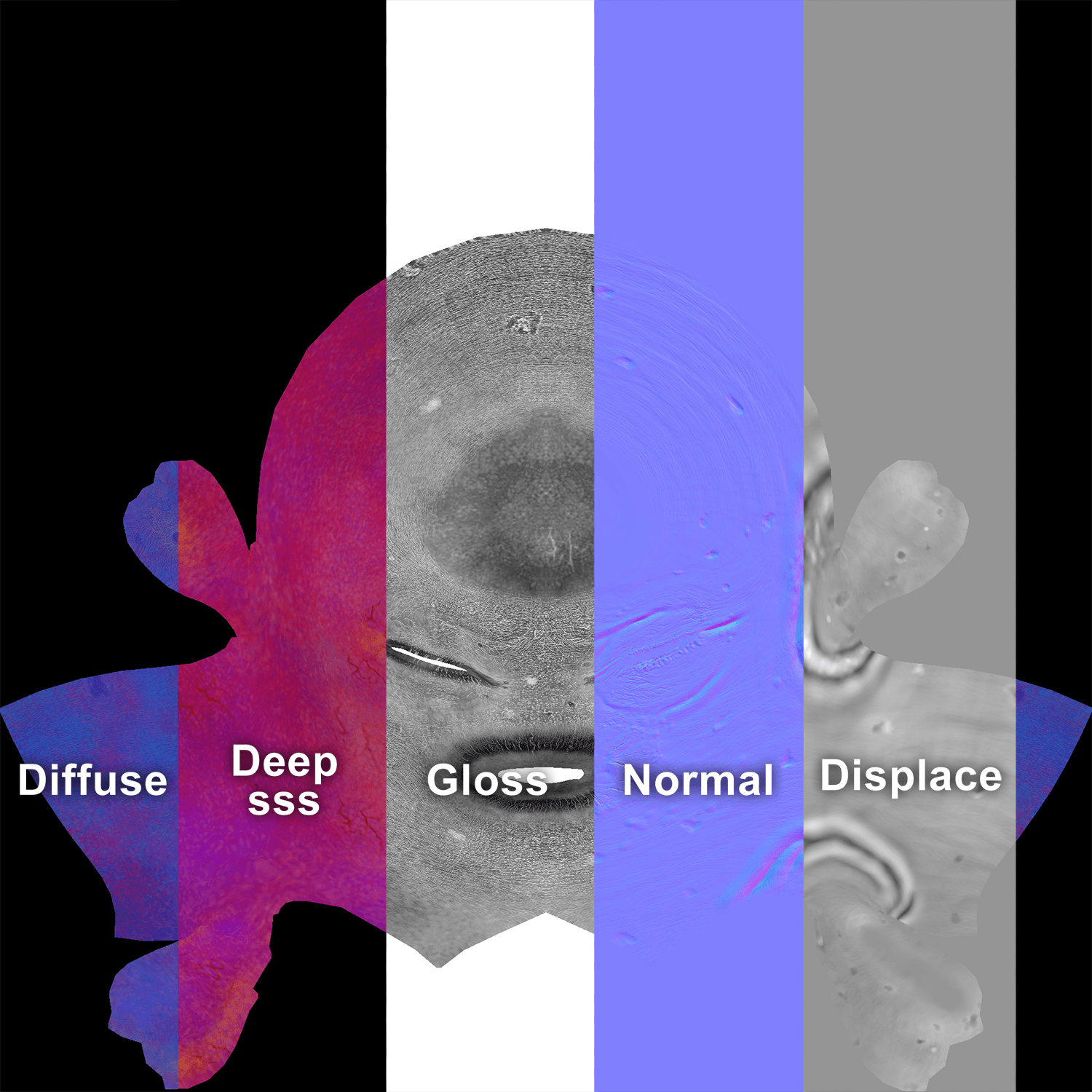 The shaders where quite simple and I was very impressed with the Principled BSDF shader as it fits all my needs and worked out of the box with few adjustments. 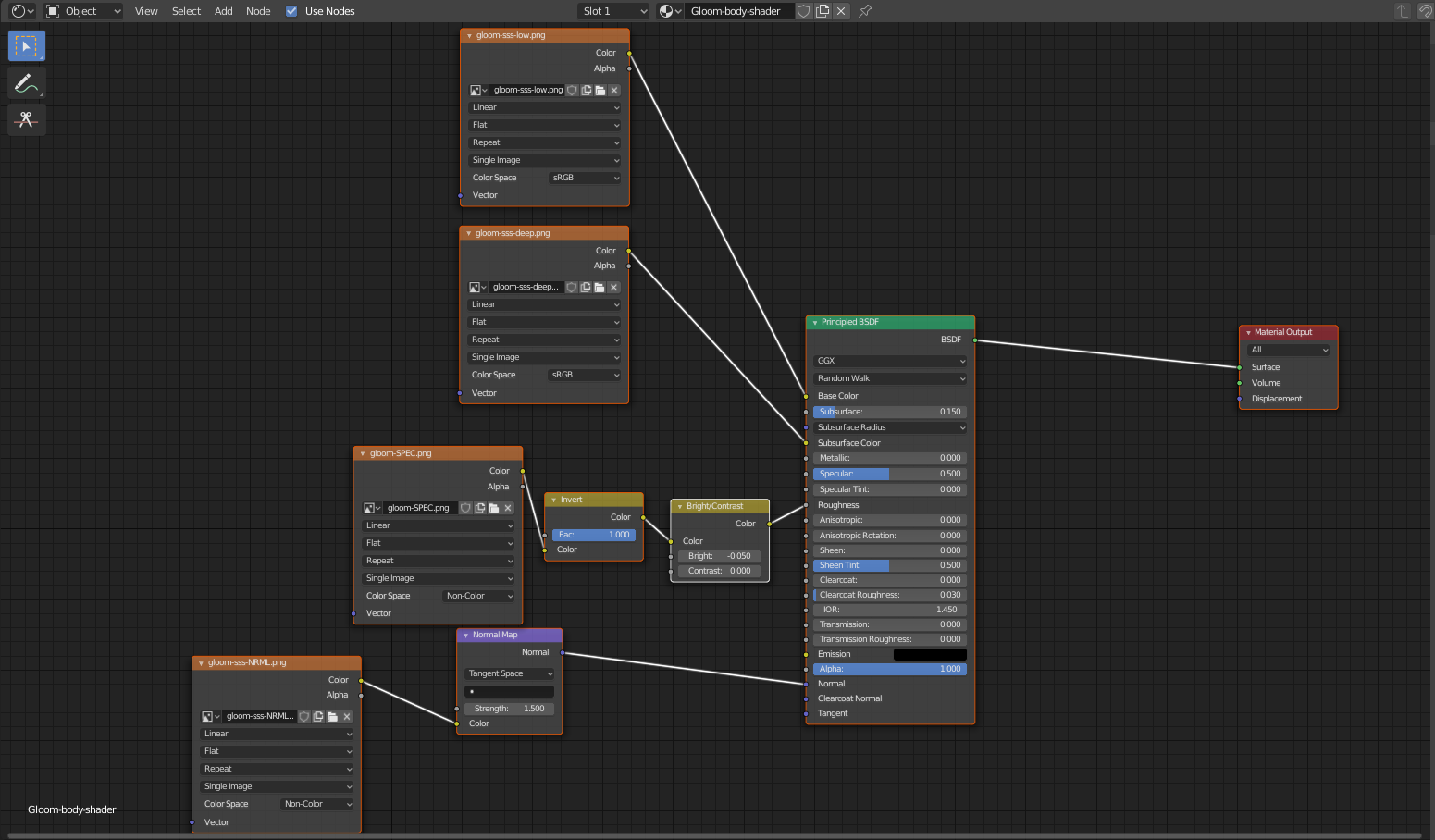 For the pose, I knew I wanted the character’s personality (relaxed and somewhat lazy looking) to come through, so I gave the character a simple hands-down pose. I used a basic rig for this purpose. 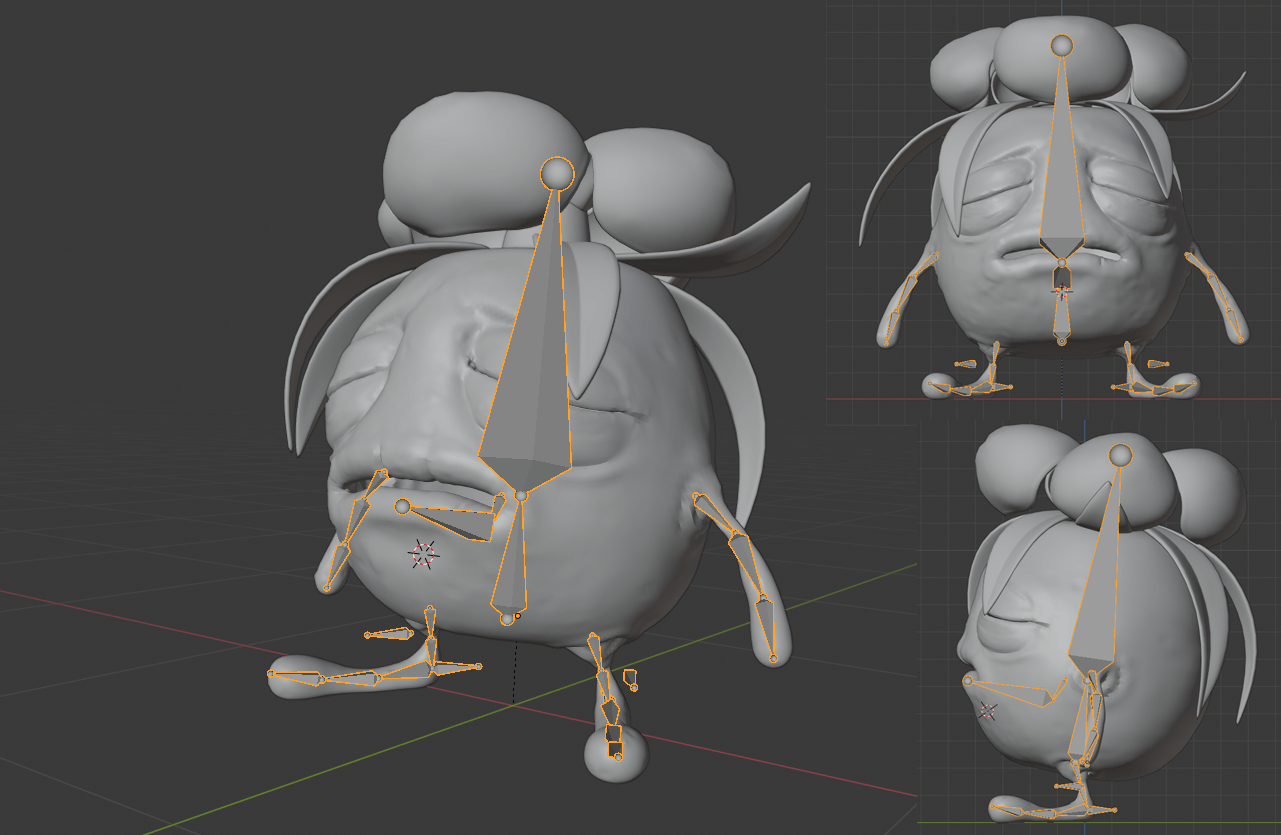 I wanted to see how good of a beauty pass I could get in Blender Cycles to see its limitations and I must say that the results out of the box were very impressive. I did an exterior 3-point lighting set-up comprised of a sun light for the direct light, a point light for the rim light and an area light for the fill light. EEVEE really helped when it came to getting live feedback while setting up the lighting. 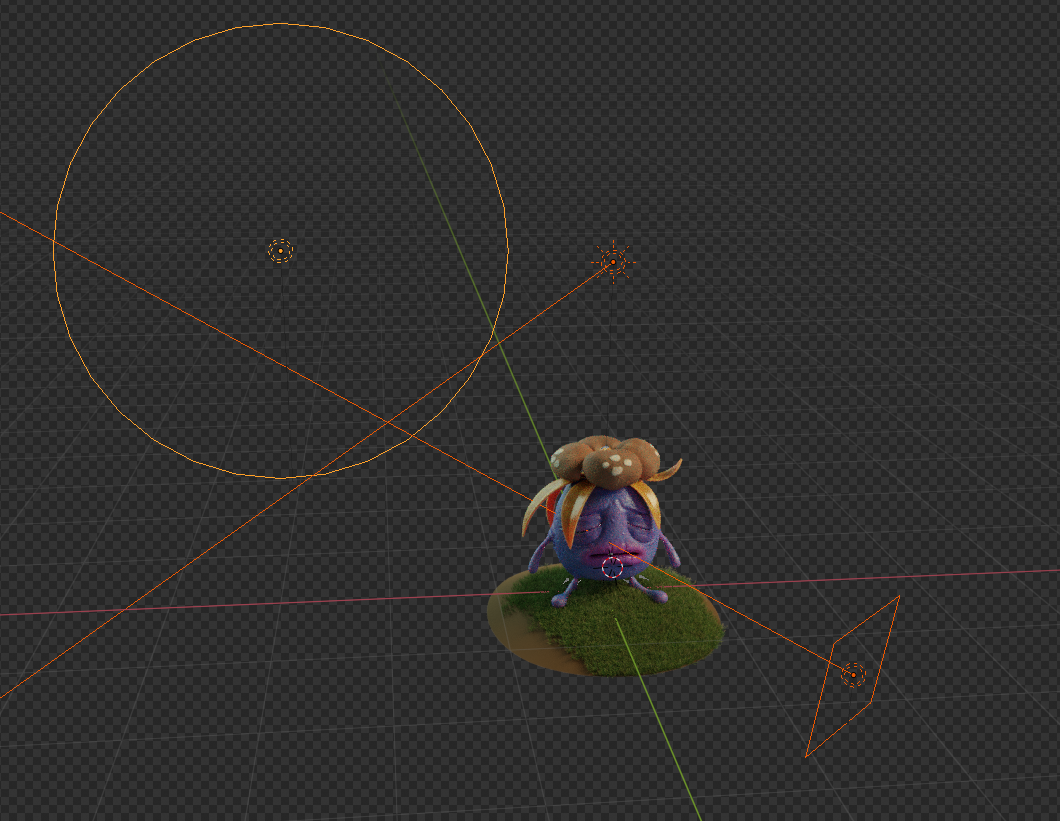 To give the render a mini environment and ground the character I used BlenderGuru’s Bahiagrass Pack (a freebie on his site :) ) to create some grass for the grass type pokemon. It just felt right! 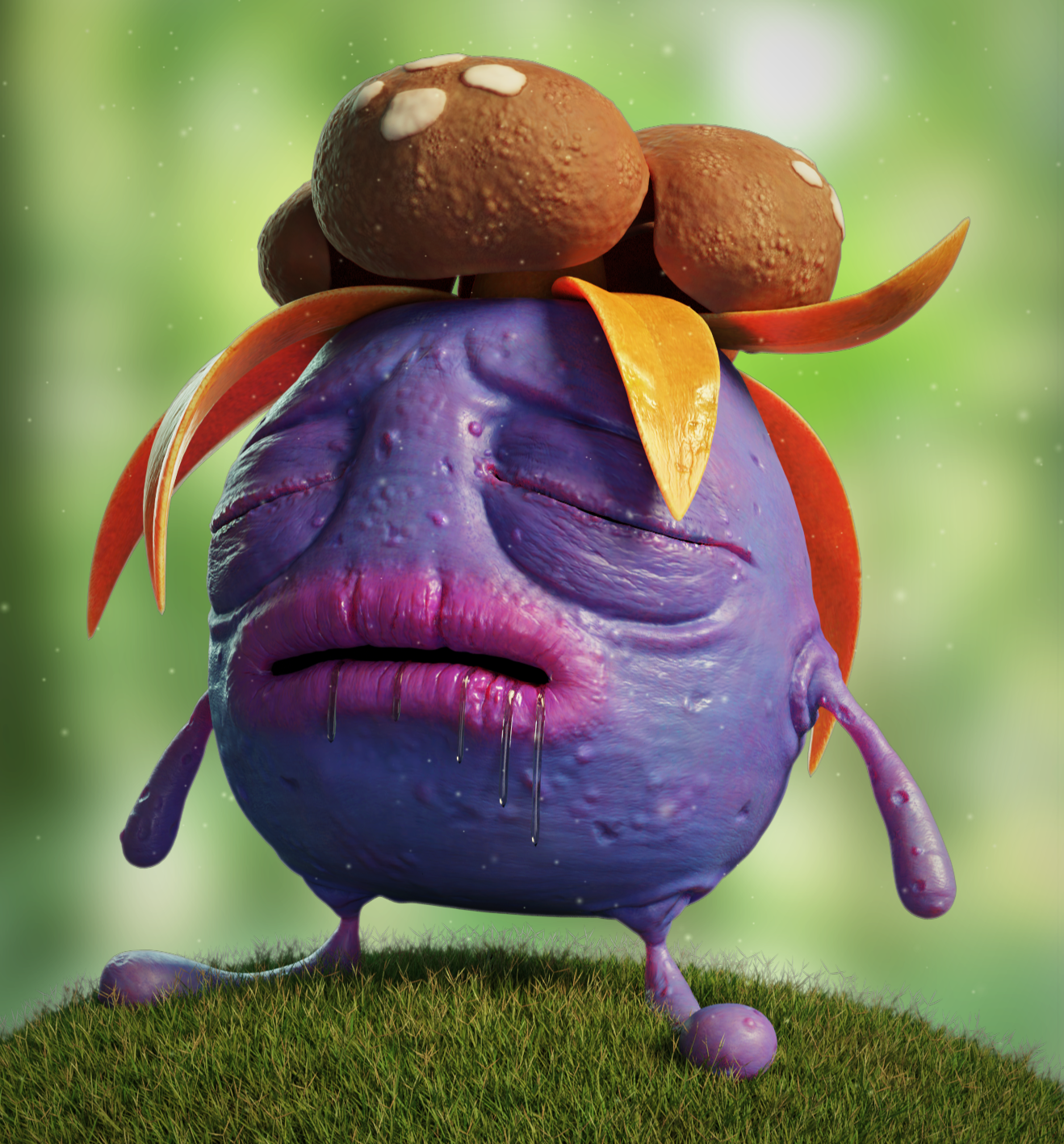 Here are some tips I would’ve liked to have known before starting out in Blender:

And these are the major steps I took to make Gloom in Blender 2.8(an amazing upgrade). 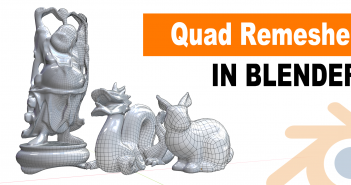