A fun little project, making a spaghetti covered meatball dance the running man. For no reason other than having created a silly song on FL studio mobile, a music creation app. 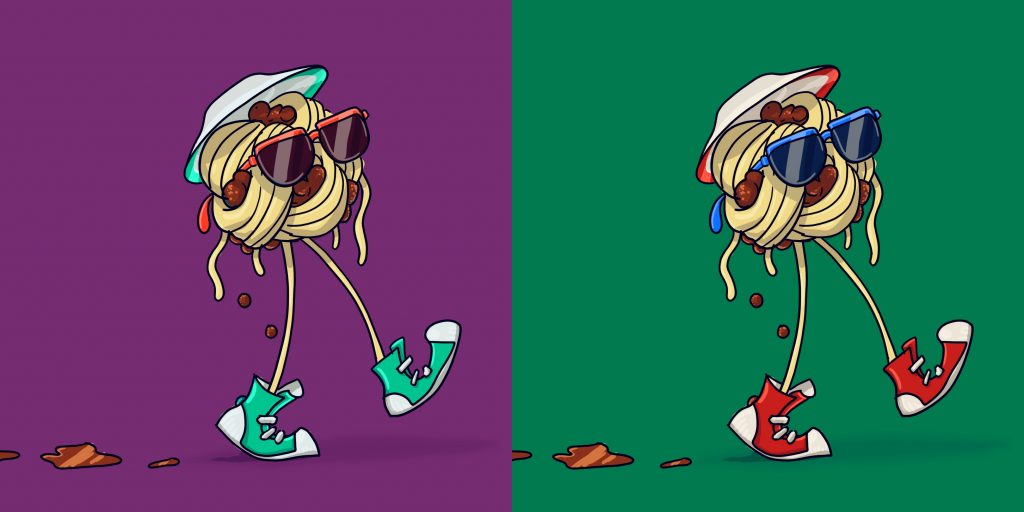 All the spaghetti was built with curves, creating spirals by using sphere vertices. Everything else was poly modelled, using the multi-res modifier for the bolognese so I could sculpt up the blobby details. 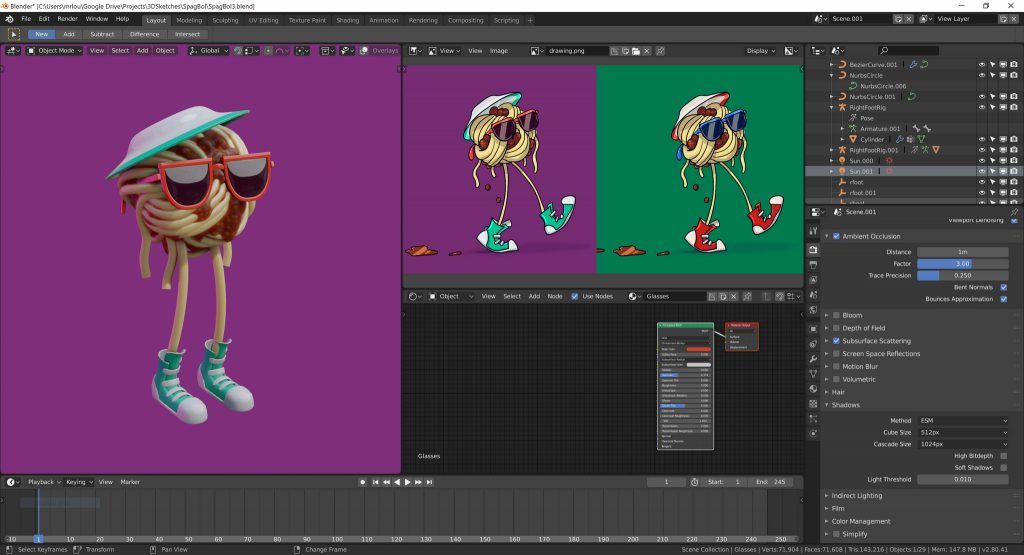 I then sat back and thought ‘how the hell an I going to rig this?’. After playing around with bendy bones I settled on hooking up empties as controllers for the leg curve handles, allowing for easy control of the shape on the leg curve. For the foot rig, I looked into reverse foot rig setup, but settled on the following setup.

Having a normal deform bone setup. Having 3 empty controllers. All bones as children of the heel controller, the ball and toe empties as goals for the adjacent bones. The ball empty as a child of the toe empty. To translate the foot I grab the heel and ball empties, after keying the blocked out pose, I’d offset the time of the heel, this gives a nice offset animation of the ball/toe reaching the ground before the heel or leaving the ground after.

For the environment I though it was be fun to try out some texture projection, so waited for an overcast day (not hard in London, UK at the moment) and took a photo for use as a background plate and a 360 image for use as an environment map.

I modelled the very simple scene based on the background plate and created a camera projection UV to further line up the texture.

I loaded the audio into the sequencer and started animating a toe tap by translating the toe goal empty. I was very happy to be able to use Blender’s Eevee realtime viewport rendering, all be it with ‘simplify’ activated to knock the sub-d levels down.

After tweaking the materials I setup a compositing flow to give a more organic feel to the output of the Eevee renders.

It was a silly project but I had a lot of fun creating it.

Animation Director at We Are Formation 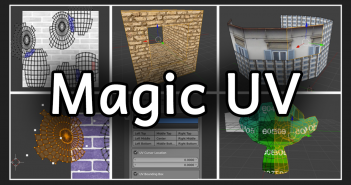 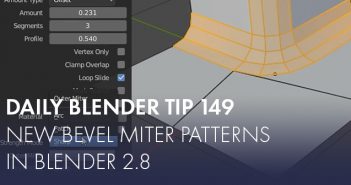