My name is Ng Jowie and I live in Singapore. Currently 20 years old, I am now serving National Service for the next two years, spending my free time playing video games and working on personal artworks during the weekends.

I started learning 3D as a hobby when I was 13 due to a spark of interest, but gave up on it soon after as I thought that it was too difficult for me back then. I then tried again at the age of 16, seriously this time, and then there were more tutorials available for Blender, which made it easier to learn. Initially, I wanted to model and create characters, but moved on to other scenes as time went by. At that point in time, as I got fairly into 3D, I went and studied a course called ‘3D Interactive Media Technology’ from a Polytechnic here. Right now I am trying to learn and improve on natural environments as I found that I am pretty poor in that aspect. I am also keen on studying human anatomy for characters that I have in mind.

I would now consider myself an amateur at best at 3D art. My goal right now is to be able to create artworks from scenes that I have dreamt of in the past. While I do go off track by attempting all sorts of scenes from characters to creatures to environments, instead of focusing on one thing, I feel that I can gain more experience through experimentation and choose what I want to pursue in the future.

Originally, this project was for an art competition from the subreddit of the game that it’s from, Shadowverse. However, after procrastinating here and there, I wasn’t even halfway finished on the deadline, and the project ended up becoming something I wanted to finish because of the amount of time I had already spent working on it. When I first started, I used its original art as reference and after looking and studying it for a while, realized how many details it had. It was the first time I was doing something of this scale. So, I got to work.

My main workflow was to create one portion of the body at a time, modelling the general shape, adding details via sculpting with dyntopo, then adding materials and textures to it.

I started modelling top down, from the head to the abdomen. It was a pretty time consuming process for sure and as I was still juggling school work when I started on the project, I only had some time to work at it when I was free, making its progression mind blowingly slow. Nothing much more to add here as the process was repeated for all other parts of the body while referencing from the original art.

Finally done with the base model, I started with the body’s materials and textures, using various wood and rusted metals from Poliigon. At the same time, I also added a HDRI and set the color management to filmic. It was at this time when v2.80 just got released and I decided to bring the project over from v2.79 to familiarize myself with the new hotkeys and UI. Granted, it became more of a chore as my pace slowed down due to the various differences between the versions but it was a good experience anyways. I did not use EEVEE, however, as I still have not tried it out as of yet, so I stuck with cycles for this project.

For the wings, I used Photoshop to create a factor map, separating two materials and giving the wings their look. For the details, I used a lightning brush and changed the size/rotation of it to make it look more natural.

The orange core, on the other hand, uses spherical blobs and procedurally generated noise that I referenced from Creative Shrimp’s Space VFX course, while the skulls were models I downloaded from CadNav.

The tree model was from CadNav as well, and by rotating, scaling and cutting out branches of the model, I could create a decent looking background for the scene with just one model. 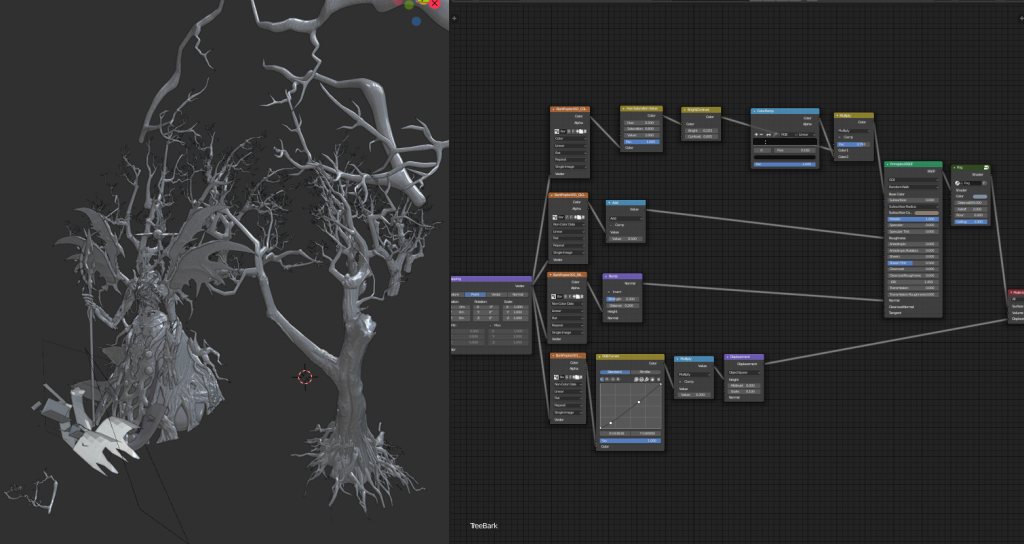 Initially, I had wanted to make the forest be more pronounced and the night sky visible in the background covered in fog to create a creepier atmosphere while better showing the location in which it resides. However, it did not work out well due to my lack of experience in this field. Hence, I resorted to a flat, black background and worked from there, which turned out pretty fine in the end.

Planes and circles were used for the additional ‘lighting’ and fog, mixing various textures and playing around with the Noise and Mapping nodes. These were also added on various points on its body, aside from the environment.

A particle system was weight mapped and added to a low poly cut out I quickly modelled to give a higher variance of randomness to the particles which are simple icospheres, aside from the usual settings of random size of particles.

And that's it. After adding some glare in Blender’s post processing, I played around more with the color and lighting before hitting render, then did final touches in Photoshop, further adjusting color, adding focal lights and vignette to emphasize areas more amongst other minor adjustments such as sharpening areas of the body.

The glowing butterflies were created using a silhouette image of a butterfly wing, mirrored to create a butterfly, then creating multiple variants of it by rotating the wings before changing its color and adding a glow to it in Photoshop. Below are the Before > After photoshop images for Deepwood Anomaly.

While I am satisfied with this long project that I took up by myself and finally finished, I do believe that some areas can still be improved on, mainly composition of the scene, its environment and overall lighting of the creature. It was a good experience, putting everything that I had learn from Blender thus far the past few years and pushing myself to create something of this scale which I have never done before. As straightforward as how I wrote this article to be, it really wasn’t, as I had to backtrack and adjust many materials, textures, lighting and maps, all of which took a chunk of time. I enjoyed the process a lot and I’m sure that it can be improved with experience.

Critique and feedback are much appreciated, of course, and I hope you enjoyed reading behind the scenes of Deepwood Anomaly. 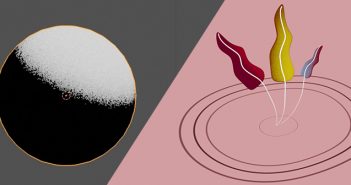 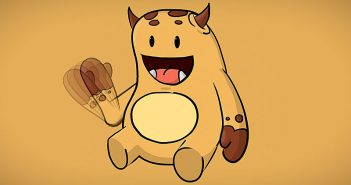