In this step-by-step tutorial series I’ll take you through the entire process of modeling and texturing a combat knife game asset in Blender. In the first part of this series we’ll be creating the high poly model of the knife that we’ll later use for baking normal maps onto a low poly game-ready model.

This series is beginner friendly but you should have some basic knowledge of Blender before watching. This tutorial will teach you a lot of different hard surface modeling techniques and modeling tools including beveling, subsurf modeling, and non-destructive modifier methods. It’ll take you from setting up a reference photo in the background to completing a high quality, high resolution, 3d knife model.

And stay tuned for more parts of this game modeling series.

Chris Plush is a lead trainer and co-founder of the Blender training website CG Masters. Chris has been working with Blender for over 15 years. Chris loves making Blender tutorials. Chris often refers to himself in the third person in biographies. 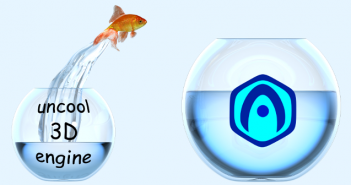 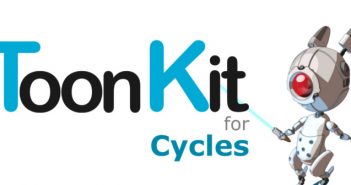 Next Article ToonKit for Cycles - Expressive, NPR Shading and Line Rendering for Cycles