Video artist Oliver Feigl shares how he uses 3D scans of historic artworks to enhance modern performances of classical theatre. Blender was used to animate the characters on Rodin´s "Gates of Hell".

I am Oliver Feigl and I work as a video-artist, based in Stuttgart. Lately I have been working on a theatre performance by the Pforzheim Theatre in Germany. The piece is “Requiem” by Mozart and it’s a collaborative production between an orchestra, two choirs, and a ballet ensemble.

The “Requiem” deals, in short, with the process of dying and the afterlife. Mozart even wrote much of the music for it during his own decline towards eventual death! While planning this particular production, we quickly decided to work with Rodin´s “Gates of Hell” sculpture, as a symbol for the border between life and death and as an essential part of the audio visual set design.

The Gates of Hell, Musée Rodin by Thomas Flynn on Sketchfab

We ended deciding to use the sculpture in the second scene, combining it with choreography that was partly also inspired by artworks, the paintings of Hironymus Bosch.

In this scene kind of a battle takes place between angels and demons who wanted to take the female protagonist to their realm. The projected gate in the background represented the possibility to enter hell through its doors. 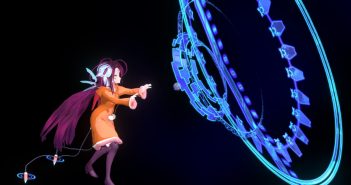 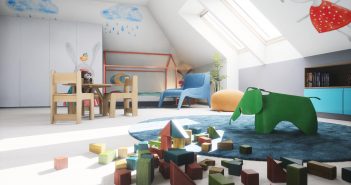 Next Article The Interiors of Tomasz Muszyński