I have been learning how to model using Blender and keeping up with the community for over 5 years now. I am amazed at how awesome the tool has become and in awe of so many great artists that use Blender.

I love 2D animation and, lately, I have become fond of hybrid animation. A great example would be Poet Anderson. To me, that is one of the best 2D animations I have seen and I was so happy to find out that they used Blender in their pipeline.

As a motion graphics artist and freelancer, I have always used After Effects, but I grew tired of having to bounce back and forth between applications and plugins for AE. I have always been a believer that Blender could be the one application "to rule them all" so in my last client project, I decided to take a huge risk and use Blender to create the whole project. I had never done anything ambitious with Blender so I was very satisfied with the results. The only things done outside of Blender were the color bar transitions and color correction which were done in AE. Also, I did the video editing with Premiere. I am not quite ready yet to take the plunge and edit solely in Blender.

I had been looking for any other motion graphics and animations created with Blender, but there were not that many. Most people choose to go the photorealistic rendering route. That is what prompted me to upload and share my work with the community so that it can be added to Blender's repertoire of NPR renderings and animations- a testament that Blender can do this type of work.

I had to do one revision to the client logo. They wanted it with a white background. I am not too satisfied with how that part came out, but the client was happy and that is what is important.

I conceptualized, modeled and animated a wood cutting machine (complete with an LCD panel). My wife asked me as to why I was spending so much time animating so many moving parts when the machine was only going to be on screen for just a couple of seconds.

I told her that, even though that was true- that I knew it was there and it was satisfying to know that. Also, it would add a lot of secondary animation to the scene. If I did not do that, something would be percieved to be missing in that scene. In addition, if the client asked for a different angle, it would be less work for me in the long run.

Although I modeled everything in the explainer, I want to do an honorable mention of the Elaine and Porl characters from BlendSwap. They made an appearance as a machine operator (Porl) and a forklift driver (Elaine). I really want to thank the person who created them. That was not in the script or storyboard, but I went above and beyond and added the Machine and the Forklift to the scene.

I was thinking of creating a behind the scenes video, if I get requests for it, then I will go ahead and create it.

Here is my humble artwork:

I want to thank all those people who have posted their video tutorials online, CG Cookie, Jonathan Williamson and specially to Brian Ericsson (from HoverBox Creative) who has become a great friend and mentor. I could not have done it without you guys.

During this project, I learned a lot about Blender's capabilities and my own. I gave myself the challenge and I was able to get over the learning curve and the mental limitations I was self imposing. After this personal challenge, I now realize that I was my own enemy, and after all these years going around in circles and taking tutorials- that I really "know Kung Fu." All I had to do was to stop taking tutorials and actually challenge myself to do something great with Blender. I am so glad I actually decided to step into the void.

I look forward to embarking in more creative adventures with Blender and to growing as an artist. I am also at the edge of my seat waiting for the future versions of Blender.

Nathaniel is a Multimedia Generalist (composer, sound designer, animator and motion graphics artist). He has been working in the multimedia industry a little over 20 years. He recently started his own animation and motion graphics company specializing in corporate explainer videos.He has made Blender the superstar of his creative pipeline. 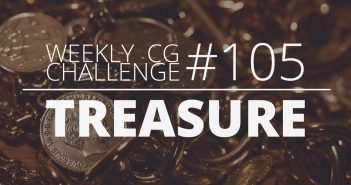 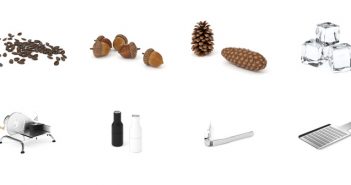