Pratik Solanki AKA Dragoneex has created a lot of impressive artworks that you probably have seen already. He has mainly cartoon style renders, with some variety in style.

In this interview you will learn many things, including a Giana Sisters making of. Get the popcorn, sit back, and enjoy!

Give us an introduction, who are you, how old are you, what do you do, where do you do it?

I am Pratik Solanki, CG generalist from India and I run a little studio called Weybec (all links below).
We mostly make movies, shorts, commercial, and sometimes we make open projects as well. 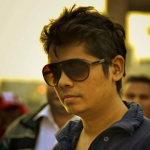 How long have you been creating art?

I learnt Max and Maya back in 2006. I was a Maya user then I switched to Blender slowly in 2009 and it was hard but was the only software which fits under 9 MB at that time. The most attracting thing in blender was that we can do everything in it. From modelling to compositing, that’s the reason I got dragged to learn more and I am glad I did, It really pays off :). 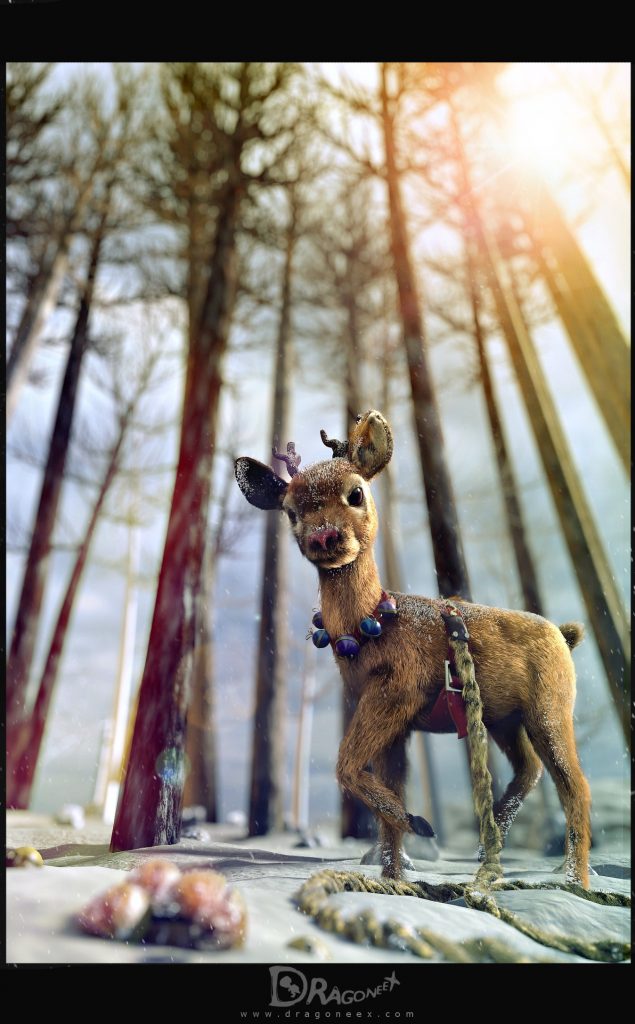 How did you learn as an artist?

I learn from my inspiration, from movies from cartoons and from games. Watching cartoons and reading comic was my favorite thing from child hood. I remember when I used to trace (copying art) from lots of comics just to learn how to draw. Eventually I came to know awesome artists around the world like Marek Denko, Peter Sanitra, Goro Fujita and many more. They always inspired me to make something better than my previous attempts. 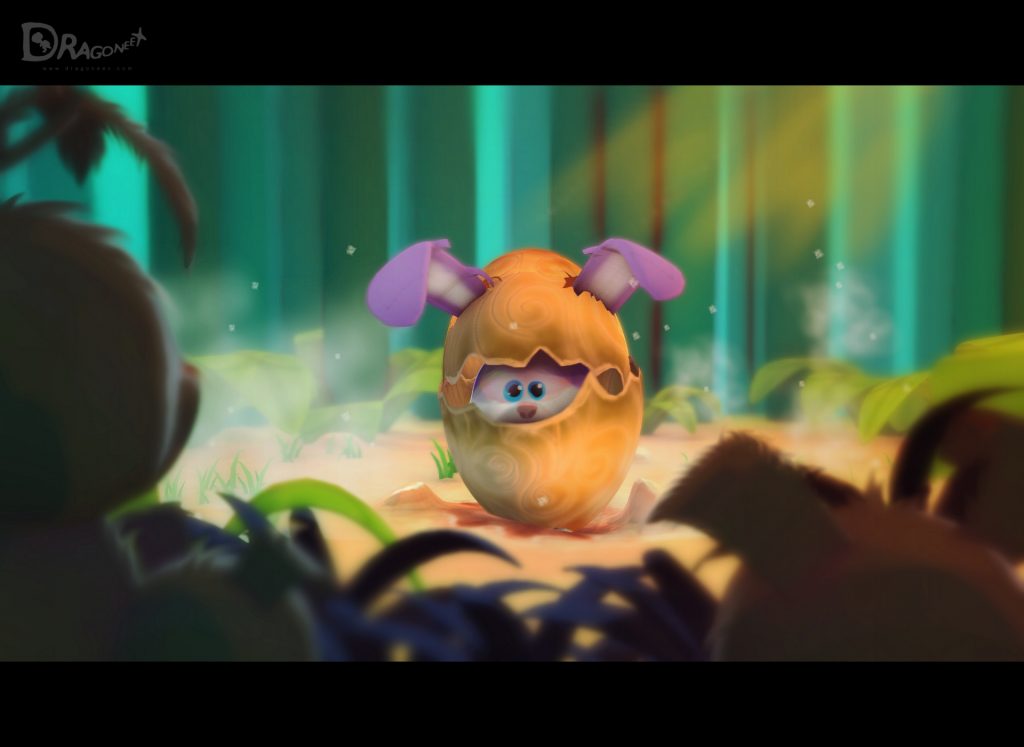 You have a cartoon-like style with your work, how did you develop that style?

I tried with few hyper real art. But honestly I find that crossing the uncanny valley is not my thing. Instead I always feel like I should make something which makes people smile and which tells a story and make everyone happy. Instead of "who click that picture... Oh it is CG" I know its awesome but not my thing :).
. 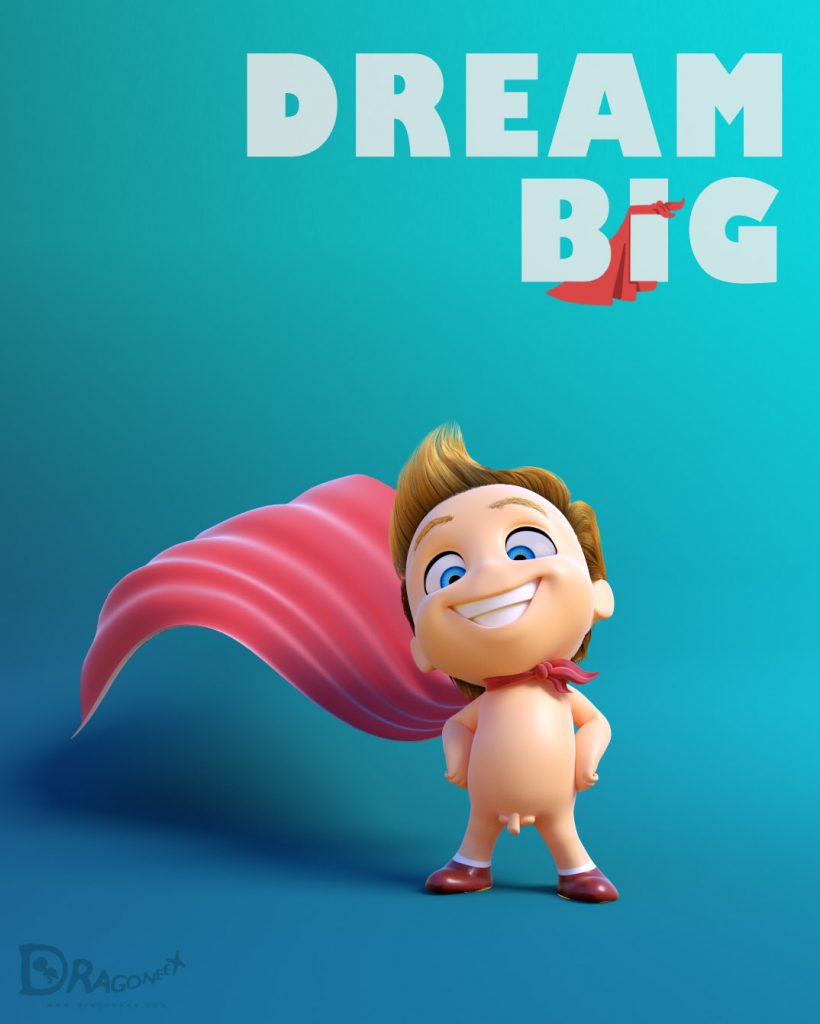 You got first place in the "Weekly CG Challenge #98", why did you join and how does it feel to win?

Aah! That feeling.... It's just amazing! This time the theme was game bosses. I find it very interesting as I was a game addict once. So I couldn’t resist my self from taking part. (P. S - I didn’t take part because of my wify (Nita Ravalji) won earlier competition :p) 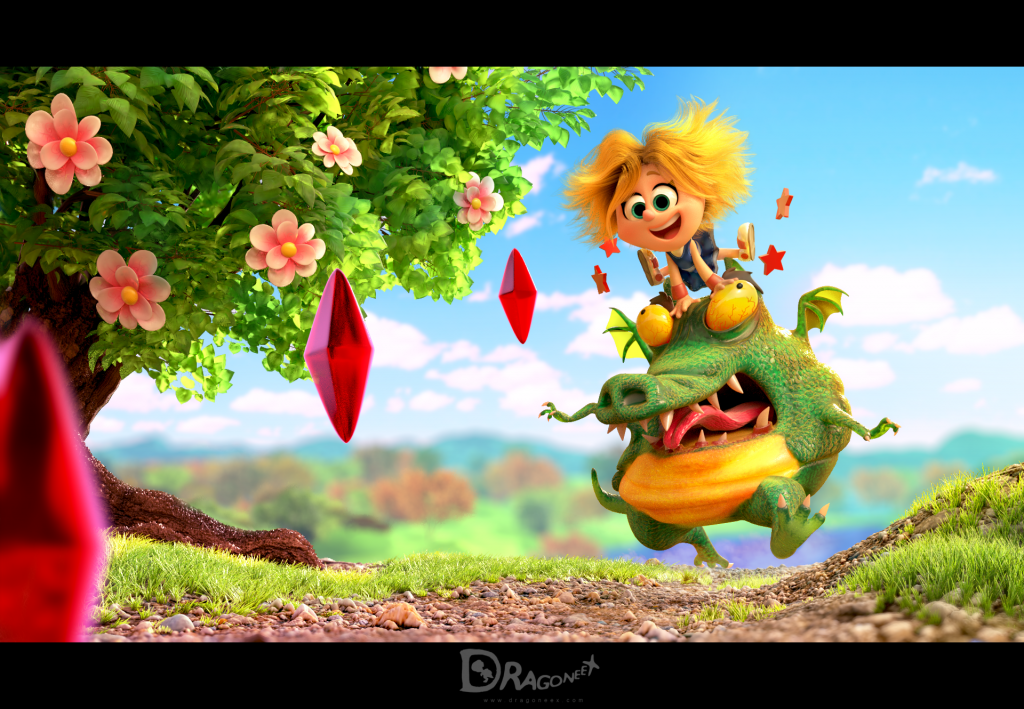 Can you tell us a bit on why you chose this game, and how you came up with that render? Could you give us an in-depth (or a quick step to step) on how you created Giana Sisters?

I was picking between a few old school games like Mario, Sonic, Zelda. Etc.. I couldn't decide then I asked in social media and one of my friend reminded me about Giana Sisters.

I took lots of references and sketched out few rough concept 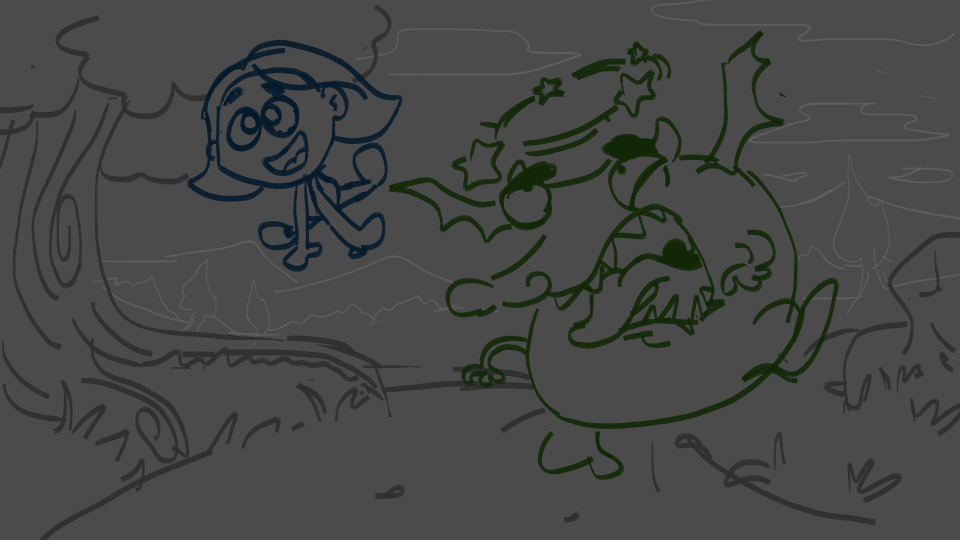 I have been constantly engaging with lots of people on social media to get reviews on my progress, it plays a big part in my renders.

I started with grass. I wanted to achieve something similar to Monsters University. I made those concept art as a base for my look. Tried a few tests with mesh grass, but none of them worked as I wanted so I remade the whole thing using only particle hair and achieved this result. 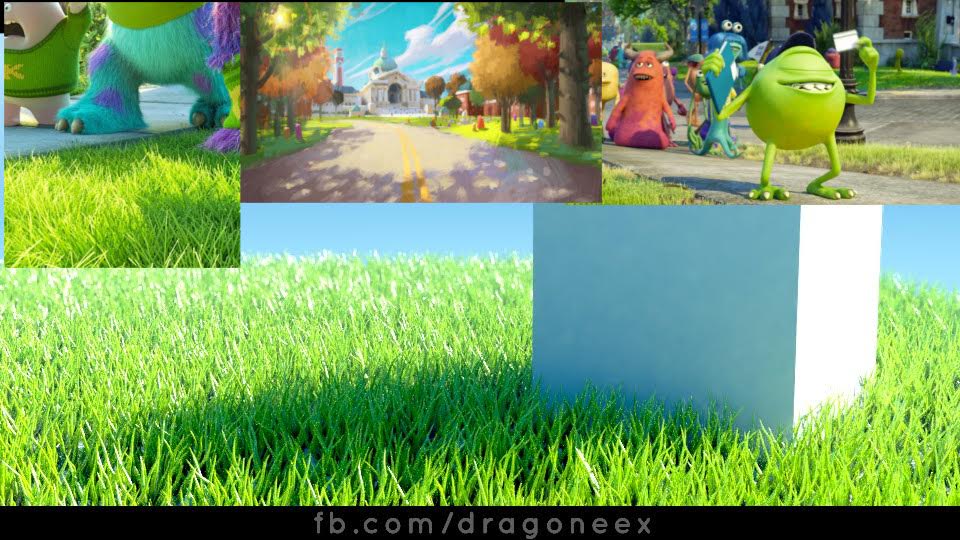 I then proceeded to character development. First I made the croc character from simple cube however it does not follow proper topology as it was not meant for animation 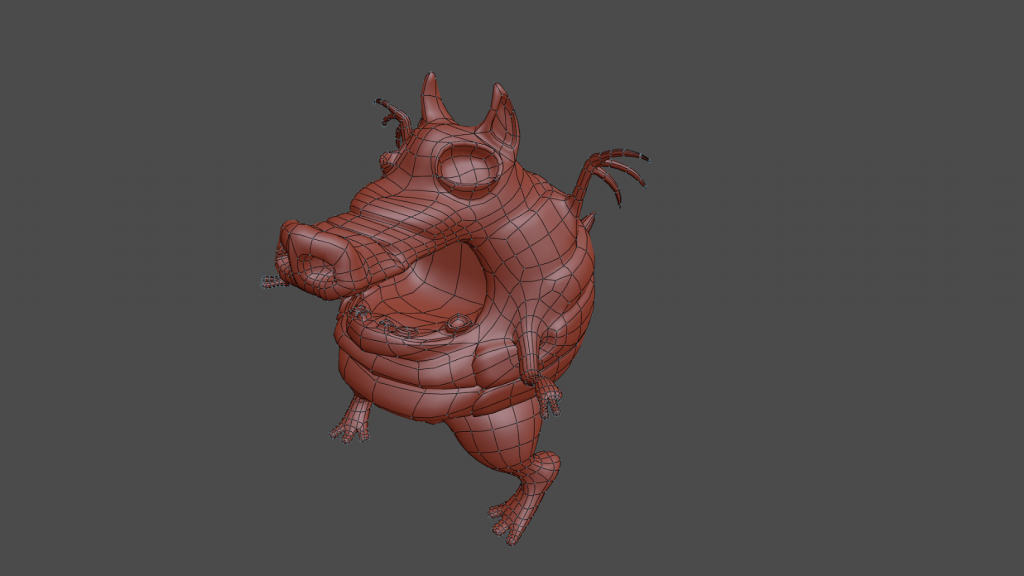 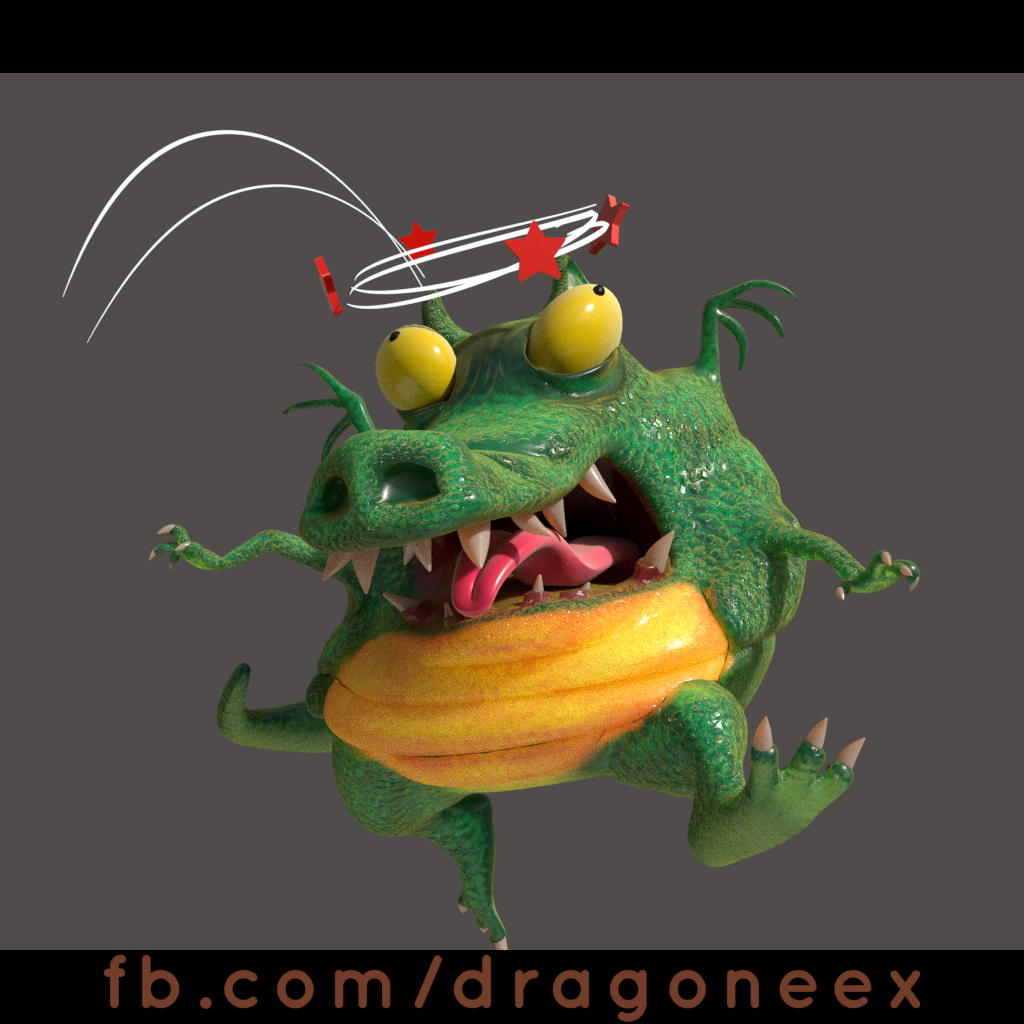 Then I move on to Giana, she was tough. I made a few attempts but none of them was working well. I then did some cheating. As you can see Giana's model was not full, each part was modeled separately.

Afterwards I created a few trees with the sapling add on. I then rendered them out in a different scene and then used them as a planer in main scene to reduce the render time to half. 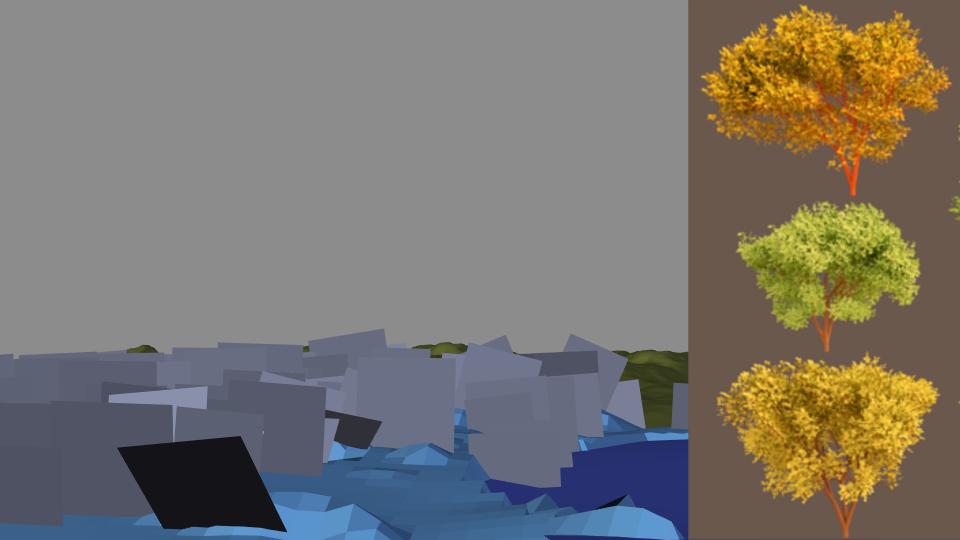 The next challenge was the ground. It is a mixture of dynamic and a few textures from CMV with micro displacement. 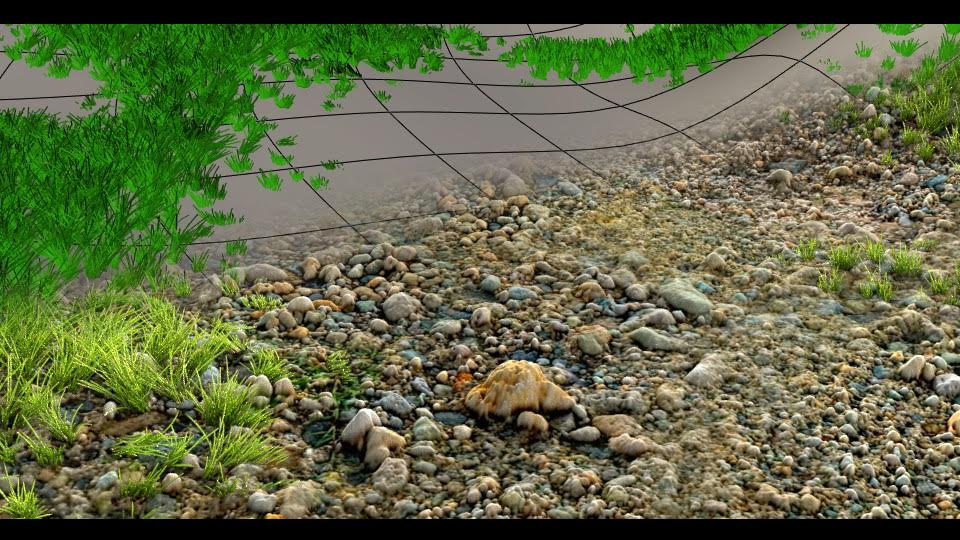 It was a tough job and I was not sure how it would roll out but I am glad that everyone likes it and got lots of positive feedback too.

What was the biggest difficulty you had with this art? How would you have done it differently now that you went though it?

Biggest setback was in the end when everyone felt that the story in the artwork is not conveying well. I was not sure what was wrong.

I had to make few versions of the same artwork. Then i come up with the final result.

Changing layout is not what you should do at the end of your project. As we start to work on the project, at first it seems very easy to draw out things and start off. Eventually as we go on detailing parts we starts to focus on small things and forget about what looks clearly off in the picture, that’s what happened with me too. So always make proper plan and layout. Do lots of rough sketches until you happy with results.

Why do you use Blender as opposed to different 3D softwares?

I find that blender community is very supportive and lots of tuts, materials are available. It's only a personal choice , I think softwares are subjective as long as you know what you want to achieve with that :). 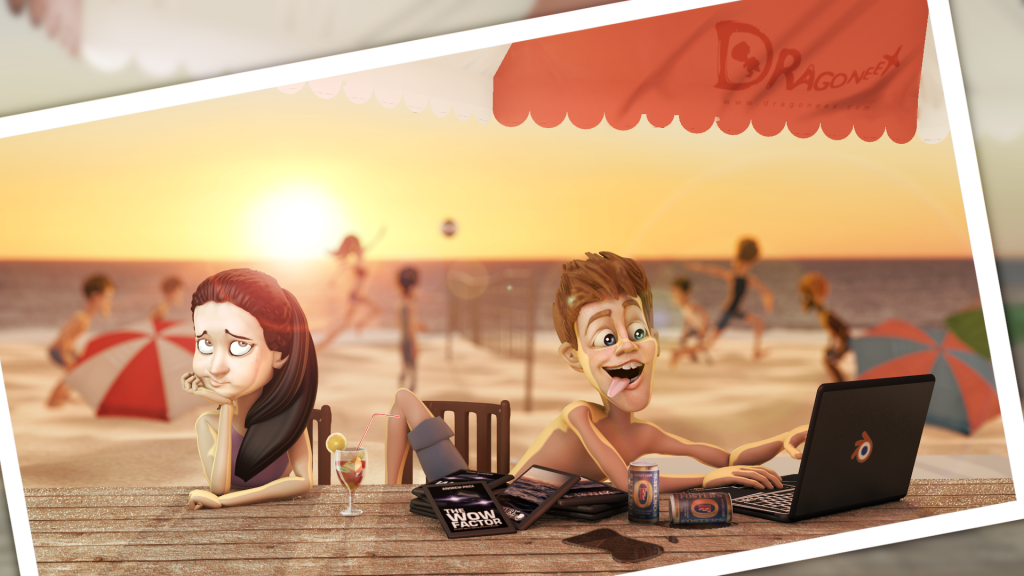 What do you do to take a break from art? How do you refill your artistic energy? 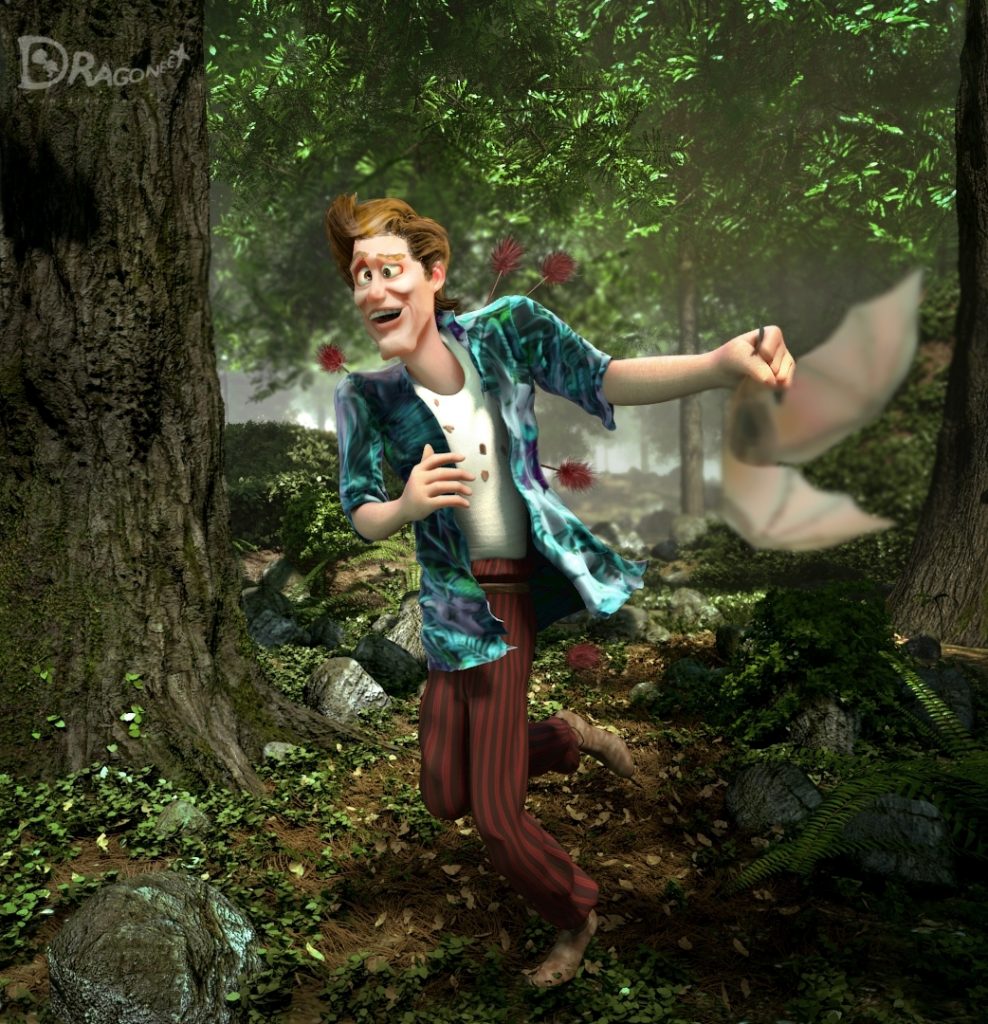 What do you do to keep your artistic skills sharp?

I Take part in challenges, get critiques from social media, and last but not the least, keep my eye on every new development so that I can go with flow. 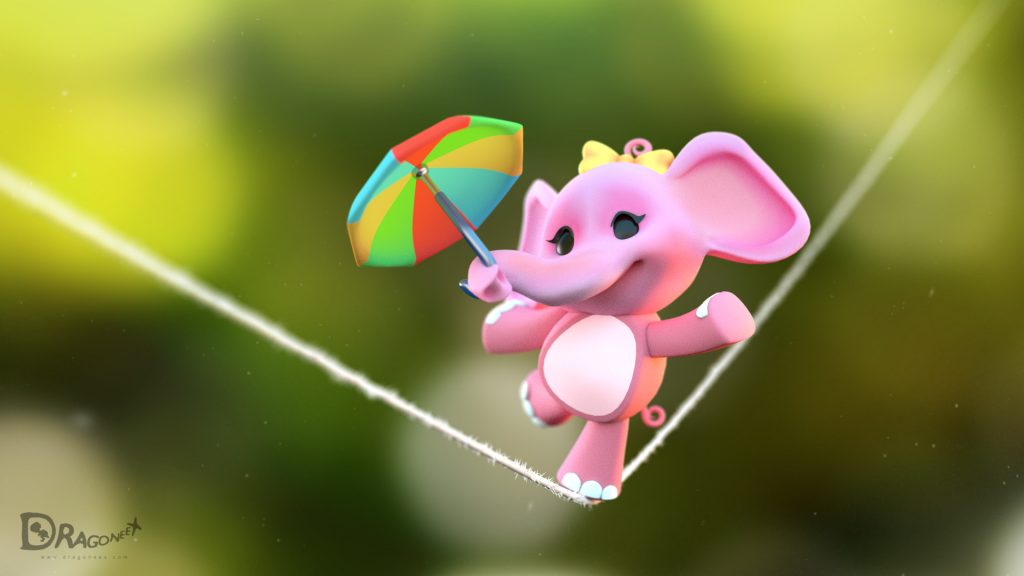 What can we expect from you in the future, any big plans? 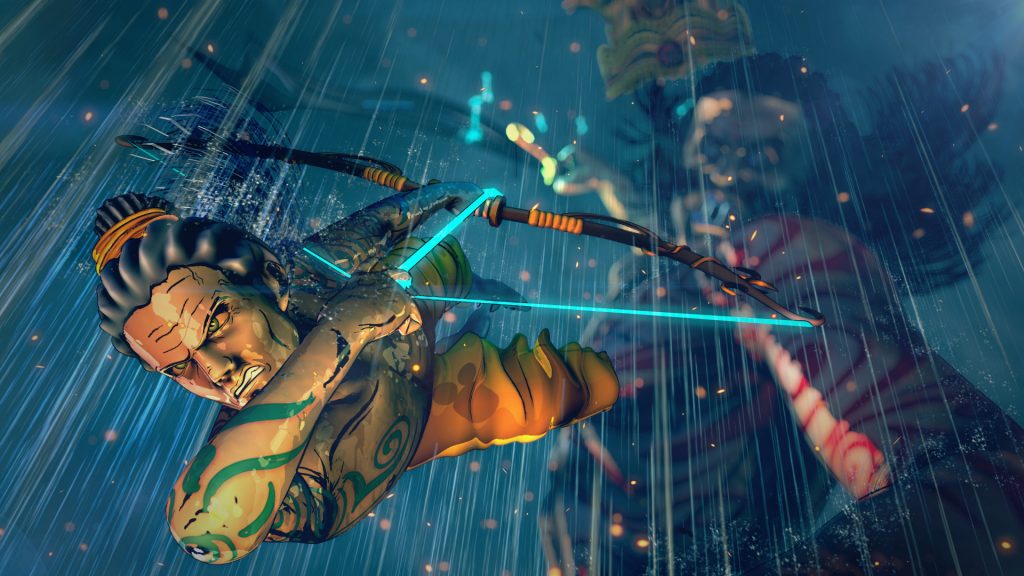 Any tips to artists out there?

Umm... Go watch movies cartoons and do whatever you like to do. And enjoy life.. You cant make good art until you enjoy your life. Get inspired from other artists. Learn well and blend in :). 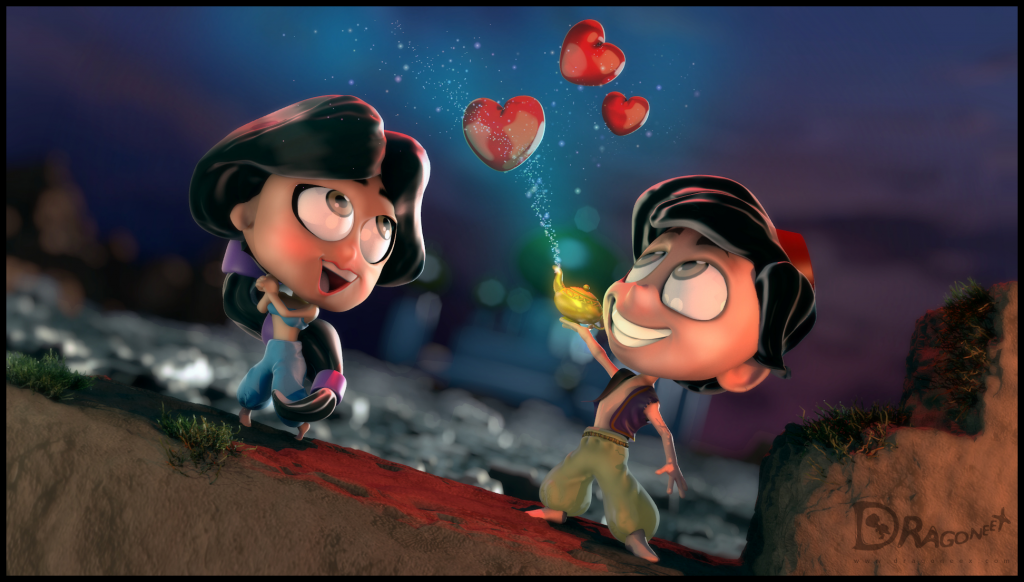 That was really long interview haha! I would like to thanks whole community for such great support and inspiration.

and.. cut! That is it for the interview! As you can see Pratik shared a lot of goodies with us. Also, I had no idea he was married to Nita till I interviewed him, you can check her interview on Moana right here!

Stay tuned with BlenderNation for the freshest news and exclusive contents like this interview, much more coming your way! Don't forget to leave a comment below, did you enjoy the read? Also, who else would you like us to interview :)? 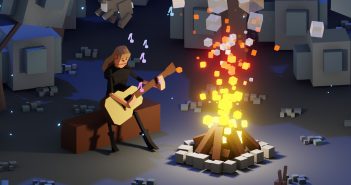 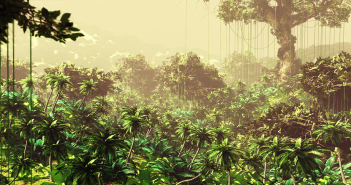