I did an article on Brandon Ruffin's amazing render, this is it, a few days ago. I asked if you guys were interested in a step by step on how he created that scene, and a lot of you did want that. 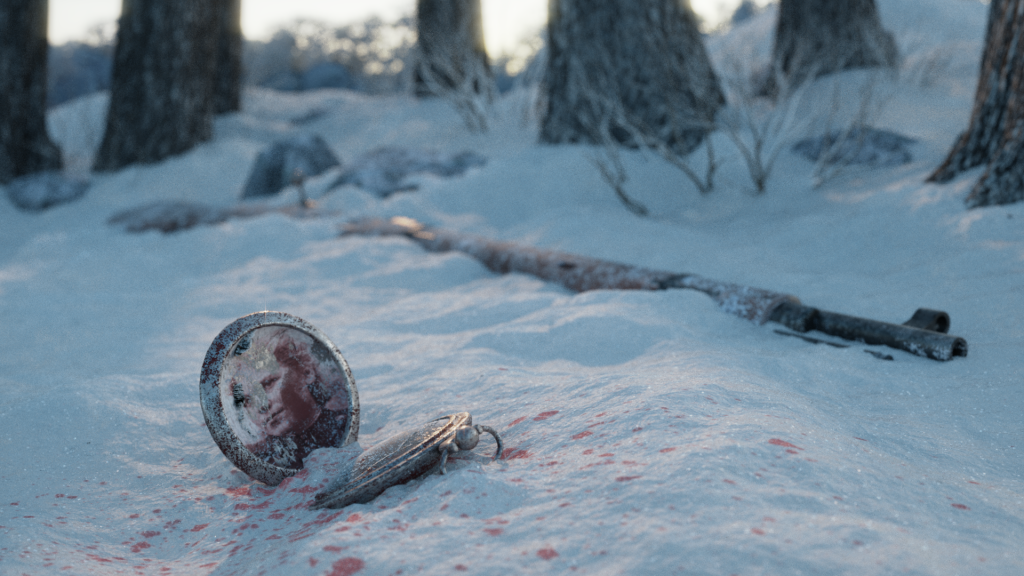 I asked Brandon if he could do us an exclusive walk through for BlenderNation, and he was nice enough to do so. This is to say, you are always heard here in BlenderNation, so don't hesitate to leave comments below, because you can make a change!

Hi, my name is Brandon Ruffin, and I'm going to give you a step by step breakdown on how I made my recent Blender render called "This is it".

I started with an idea that popped into my head showcasing the bolt-action Russian rifle used in the second world war, the Mosin Nagant. A friend of mine owns one, and I just loved that feeling of its hot barrel on a cold day, and the condensation inside the mechanism while using it.  So, I quickly mapped out a scene showcasing the rifle, and that was my first step. 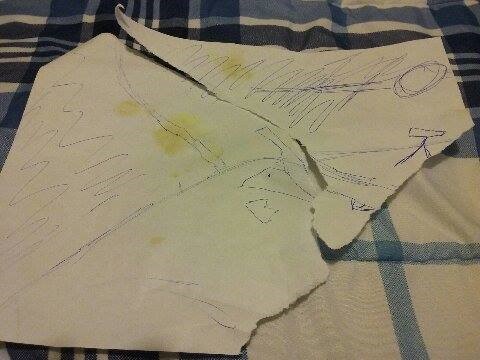 (Rifle is on a cliff side.I had thrown it away since that was not my goal anymore)

Next, I started modeling just the Mosin, piece by piece. Modeling complex objects in pieces and then assembling them at the end is the best way to model, in my experience. I found a couple reference images of the rifle from Google, some of them being disassembly's to get a better idea of the shape of the pieces, and the rifle as a whole. Next, I made a cube, deleted half of it, mirrored it, and started extruding the edges of the cube according to the reference image I had found. The bolt-action was the trickiest of all, because the parts were abstract in a way, and I had to plan ahead of time on how I would tackle each piece. It took me about three attempts to make some decent pieces.

Next, I still felt I should focus solely on the Mosin, but add the snow into the mix, to set the standard for my other materials in the scene later. I grabbed a couple grunge textures from the website textures (links are at the end of this article), a wood texture from Andrew Price's Poliigon, and started unwrapping the model, and applying these materials in the Cycles node editor. I increased the saturation of the wood material a bit, and darkened its color value to give a darker look to it. The black metal components are just plain black with a pointiness output of the Geometry node added on to make a mask on the edges for scratches later. The chrome metal on the bolt-action is just two glossy nodes in a mix shader with a fresnel effect in the factor input, the top glossy node with a pure white color value, and the bottom one being a little darker, to darken the edges. 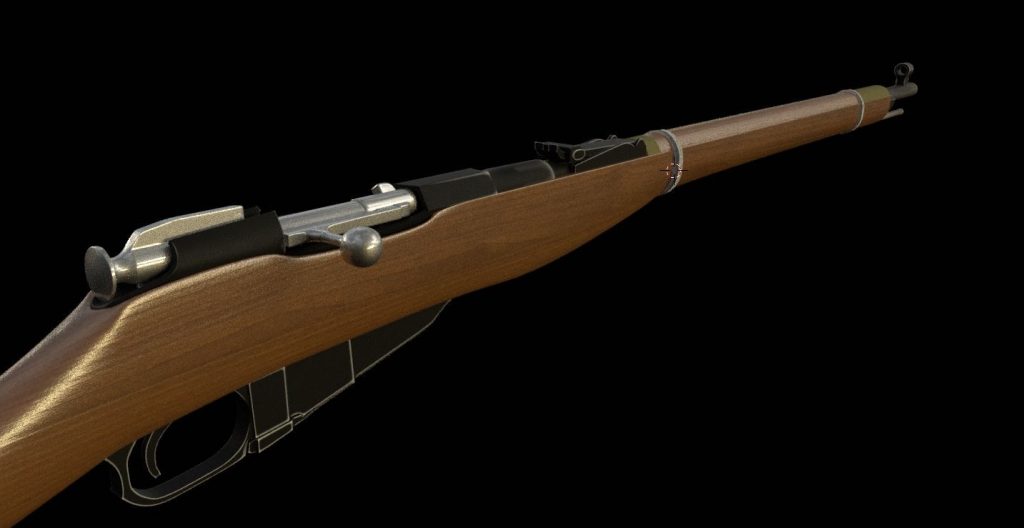 If you want to experiment with certain materials, or models, you should experiment on a small scale so that rendering times and complexity do not affect your creative process. So, I thought that I should throw the Mosin into a pile of snow, and kill two birds with one stone, because the Mosin is going to need some frost on it, and it needs to match the color of the overall snow.

The snow shader was based on Andrew Price's snow shader tutorial with a few tweaks here and there, adjusting the bump maps according to the scale of things, adding some translucency with a middle ground of gray and pure white, along with some subsurface scattering with a dark gray color value.. One very important aspect of making snow is making believable displacement in the snow, especially chunky snow, because that really brings out the subsurface scattering within the snow, and shadows are always a necessity in scenes, in life, that's how I think of it.

Of course, to top it off, I added fresnel reflections to everything so that nothing in the scene looked unbalanced in anyway. I usually throw in a panoramic HDR image to accurately tweak my material settings, and I use several of them at a time to accurately capture the realism I'm going for. For this one, I used a couple of HDR's from Poliigon.

This was the moment I really dove into the materials of the Mosin. First, I varied the color even more by adding more black using another wood texture as a mask with color converter. Then, I grabbed two grunge textures, attached them to a converter color ramp as well, and used them as a mask for the frost, which was just a diffuse bluish-white. I did this for the black metal as well, and the chrome, except that the chrome was colored with a rusty material instead of snow. At that point, I had a pretty darn good looking image. 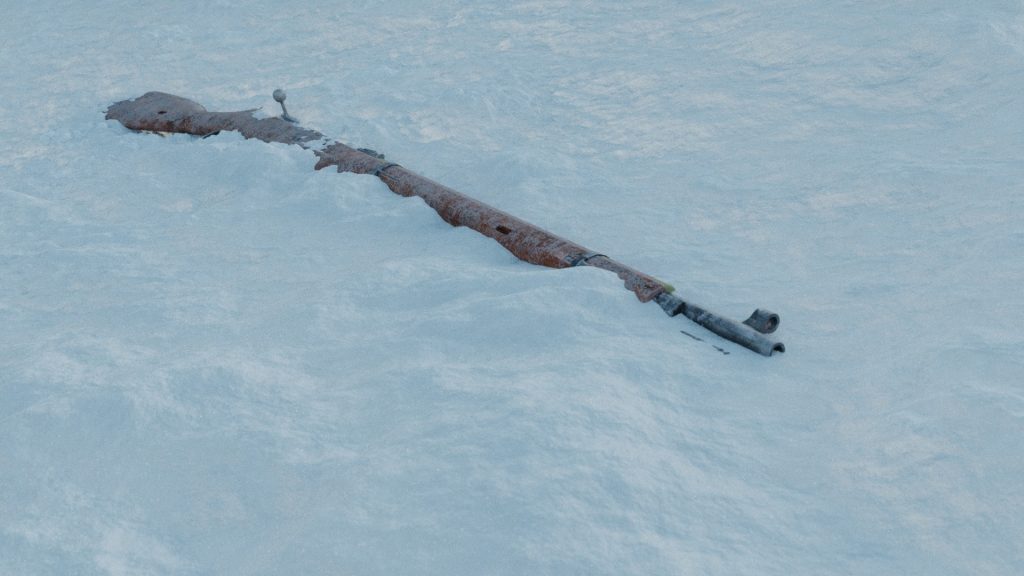 Looking at the scene so far, my feelings started to change about the goal as a whole, and I began to feel as if someone who was holding this rifle had been killed in action, and the rifle fell into the snow, lost in time. But, if that was the case, then there needed to be some connection from the viewer to the person that had been holding the rifle, and that's when I thought of adding the pocket watch, opened up, blood smeared upon the photo of this unknown woman.

I quickly modeled the watch, adding a broken glass texture into the displacement input in the node editor on the glass, made another chrome material, added the same frost using the same texture (to use less memory), and used a different coordinate of the same texture to apply a varied diffuse color of red on everything over all. It turned out better than I thought after everything was done. To add, the little snowflakes were a footprint in snow with a transparent background, duplicated and rotated to be perpendicular, and generated in the foreground of the scene and watch with the particle settings and weight paint.

The photo was of 19 year old Russian woman named Roza Shanina who was a famous and courageous sniper back from 1943 to 1945, that I found on Google. She immediately fit the criteria. I simply thought, what if she had a lover in another area of the front, and she was all her lover had, in the end. 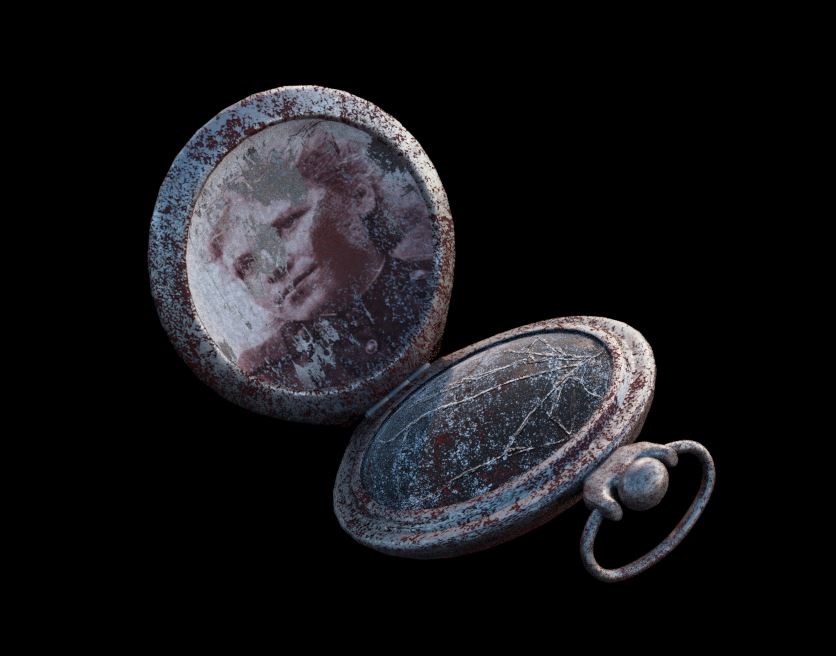 It felt appropriate to stage the scene in a forest, because the forest is a good way to maintain camouflage while in combat, and forests are quite beautiful in the snow. So, I threw in some tree trunks, making sure I didn't overdo it, added a couple of rocks with snow on them, composed everything in a way that complimented the focal point and gave the scene an interesting look, which was not the Mosin anymore, but the pocket watch.

Bushes and small plants are always a pain for me, so I randomly generated some Japanese Maple trees from the sapling add-on, scaled them down, slapped on a couple materials with some snow generated from the Z-axis direction, and placed them in various areas of the image, acting as sort of a filler in the scene, and that was that. But, there was one thing missing, and that was that I needed some shadows, and something highlighting the watch even more. I needed Sunlight. 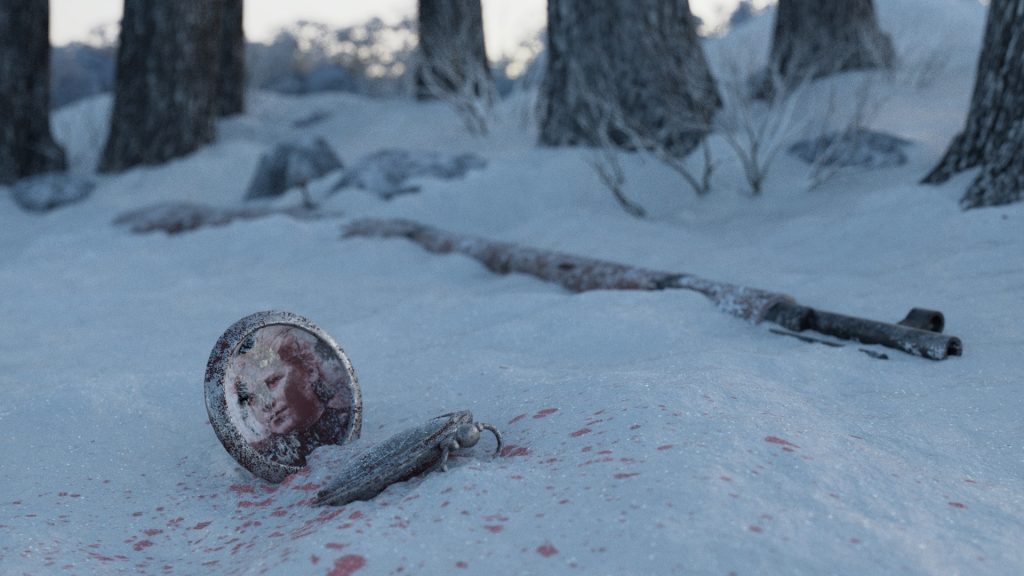 I took a sun lamp and placed it facing  a little to the left of the camera, and angled it downward, keeping in mind that I wanted to keep the shadows looking interesting in shape, and also use them as guiding lines to the watch itself. I tinted the color of the light a bit to have an orange-yellow hue to it, and brought the light emitted from the HDR down, so that the sunlight had more of an effect on the environment.

To top it off, a little bit of compositing never hurt anyone, and sometimes, it does make a great image, become even better. I added some Fog Glow so it added a little bit of glow in the snow, a streak affect so that the light from behind can have a hazy affect to it, to give off the sense of losing life, a bit of color correction so that the snow wasn't overwhelming with blue, but enough so that the sunlight didn't overpower the blue tint of the shadowed areas, a small amount of saturation, a little lens distortion, because this is a macro photo, and lastly, a vignette, only enough to subconsciously guide the viewer's focus even more to the watch. It also gives a very pretty and immersive affect as well.

Believe it or not, the blood was the last addition to the scene (above image was a re-render to show the scene without the sun), within the process. I took an image of a spatter, made a separate UV map of the ground, added it in in the node editor, and simply adjusted the coordinates of the image until it was enough to fill the foreground. I used a basic diffuse and glossy fresnel mixture again for the blood, but added a red tinted subsurface scattering effect to it which really seemed to give it some life, and that was that, the scene was finished!

I hope this was an enjoyable read for everyone, and that it gave you all a little insight on how I accomplished this result. It was truly an adventure, and soon I will have a tutorial up on how to make this scene. I have a Youtube channel that I am finally able to post on again, since I've been lacking a video editor.

Good luck, and blend well, but with patience and perseverance!

His sources for textures:
- Textures
- Poliigon

If you guys have any questions, let us know in the comment section below :)! 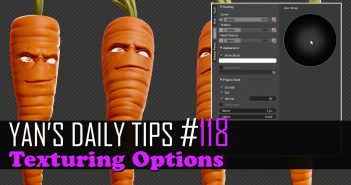 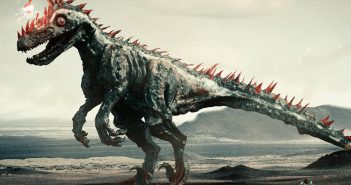