Cicero Moraes is back with another facial reconstruction done in Blender. It would have made a nice Halloween topic! :)

In 1966, while digging a plot to make a pipe installation, some builders of the city of Celakovice (Czech Republic) came across human remains. After a preliminary study, archaeologists were called and revealed an atypical scenario. They found 11 unusual graves containing 14 bodies, buried with clear anti-vampirism signals.

Apparently some heads were chopped off, stakes pierced the bodies, which were of face down, aparently with hands and feet tied.

With the passage of time the sensationalist speculations were erased by anthropological studies. Today it is known that the bodies probably belonged to social outcasts of XIV century.

Celebrating 50 years of discovery of scientific research, the Městské museum organized the exhibition "Did they live vampires in Čelákovice? 50 years since the well-known archeological research." curated by experts Dana Klírová and Jaroslav Spacek. This exhibition will be inaugurated on 11 November and will last until February 2017. In addition to addressing all the methodology used over the years, with photos, documents and artifacts, the exhibition will also feature the facial reconstruction of one of the skulls found.

The reconstruction of the face was based on a skull scanned through photogrammetry, work done by Czech company NEO-CZ. The expert IML of Rio de Janeiro, Dr. Marcos Paulo Machado Salles, provided forensic consultant for the analysis of the skull. All the modeling work was done in Blender.

In this video you can follow a few steps:

The no hair model is available for viewing on Sketchfab:

The show is having a good media coverage:

I hope you enjoy. A big hug! 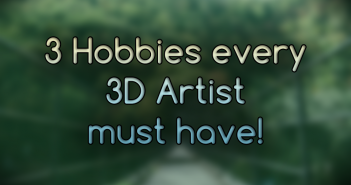 Previous Article3 Hobbies that every 3D Artist should have 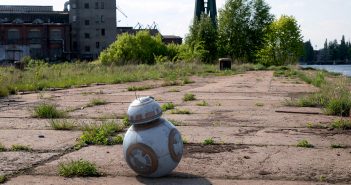