The progress of John Roper's CrowdMaster is impressive! V1.2.0 adds some major speed increase as well as a bunch of new features.

The CrowdMaster team is proud to present v1.2.0! Featured in this release is the Defer Geometry system and new input node:

Version 1.2.0 brings many new features as well as speedups to existing ones. The new defer geometry tool allows you to simulate your agents using just the armatures and then add the geometry back for each one after the simulation is finished. Because all that is being viewed are the armatures, the simulation can run up to 90% times faster in some situations than it previously did. In addition, the preferences have been updates, and the node trees have gained more tools to help to precisely align your agents. On top of this, there have been many additions and updates to the documentation. You can view the full release notes below.

As usual: thank you to the CrowdMaster team (Peter Noble, John Roper) as well as Patrick Crawford and Mark Olson

I have been working part-time with computer development in entertainment for 4 years. Currently I work for Theory Studios as a workflow technical director on productions such as Amazon's Man In the High Castle Season 2 (Nominated for an Emmy), Philip K. Dick's Electric Dreams, and Sesame Street in addition to freelancing for clients such as the Cycles Material Vault and Blackheart Media. My software experience includes Blender, Maya, Houdini, After Effects, Photoshop, Illustrator, Premiere Pro, and the Allegorithmic Substance Tools. I have also worked with PyQt, Flask, SQL (MySQL, SQLite), Electron, AngularJS, and SocketIO among other technologies. 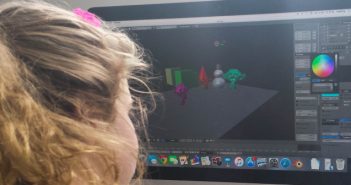