Manu Järvinen creates this awesome image for the Assembly Summer 2016 Graphics competition and made 7th place. I asked him some questions about it. As a bonus, you can download the entire scene!

Where did you get your inspiration for this image?

Can you tell us a bit about the modelling process?

At the beginning I wanted to model something and didn't know what, so I simply chose a car, which ended up to be a VW Beetle. Then, the image still looked a bit boring, so at night I got an idea to put some sticky black slime to it, and so I did. Modelling organic slime is quite easy with simple connected flat polygons with a Solidify and Subsurf modifiers on it, but figuring out nice shapes turned out to be a bit tricky. Luckily, it turned out okay eventually. Finally, I thought it needed more color, so the slime became yellow, or cheese.

The materials are amazing! How did you achieve the wonderful translucent cheese look?

Thank you! The cheese sure has quite a messy and experimental node setup (which can be seen in the .blend), but I think the main look for the cheese comes from the, once again messy, lighting setup and then overpainting some lights and shadows on top of it in Krita. 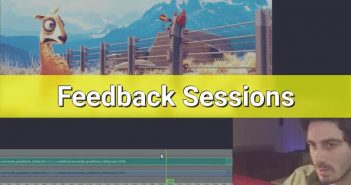 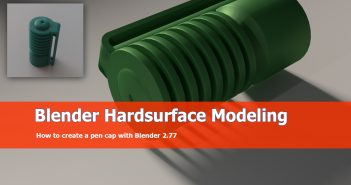 Next Article Hardsurface modeling: Create a cap for a pen