'HardCore Henry' makes extensive use of Blender for their VFX. Creative VFX Director Yaroslav Kemnits has posted an in-depth article on Blender.org about their process. It is part of the User Stories section on Blender.org - a place well worth exploring!

Hardcore Henry is a sci-fi movie. The hero is a cyborg fighting other hostile cyborgs. Instead of putting it in futuristic setting, writer/director Ilya Nayshuller puts the events in the present ordinary world. That’s why the shooting has taken place in buildings and streets of a real city. Just one scene of the movie couldn’t be produced this way; the life pod free fall from stratosphere on the road near Moscow City, which should be looking like common GoPro action recording.

The fall has been filmed in three different parts: sky (above clouds), clouds (inside) and above city. The first part is set with blue sky above and white clouds canvas below – such scenes are always pretty. Then the pod enters the clouds. The GoPro shooting of falling through the clouds looks quite boring – grey screen is the only thing you see. That’s why I added turbulence effect on entering the cloud mass and made huge cave-like hollows inside. Finally, the pod flies out of clouds and we can see quickly approaching city. Hero opens the parachute which softens the impact of collision with track.

I often use Blender when I create visual effects. I use it to create action scenes animatics, to make decoration sketches and many more. And, obviously, I know about its Cloud Generator add-on, so I used it in this movie. It is simple to use and versatile at the same time.

Using it, I’ve made a cloud and dropped 6-camera unit on it. This unit is descending closer to the border of the cloud because the hero never looks backwards. 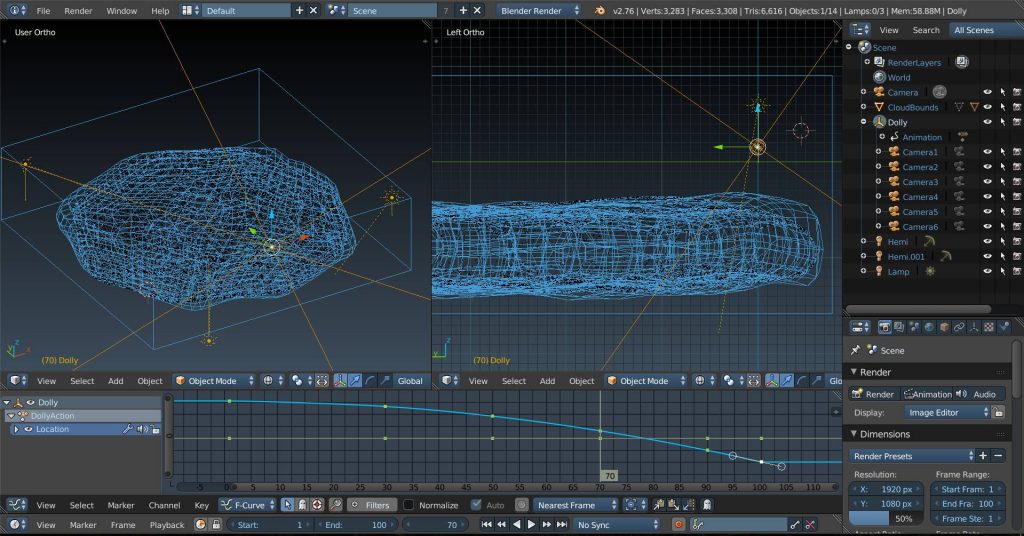 The scene was illuminated by two sources of light – Sun and Hemi (sky). I have compared render result with real GoPro recordings and it has exceeded all my expectations. 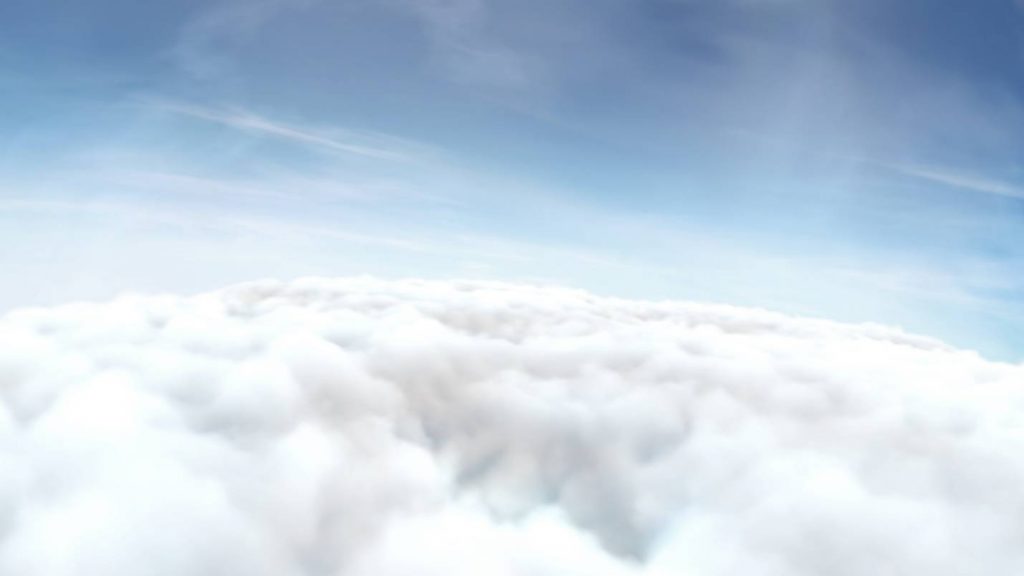 We have filmed the city with 360 degrees shooting using drone with 6-GoPro box. It was simpler. 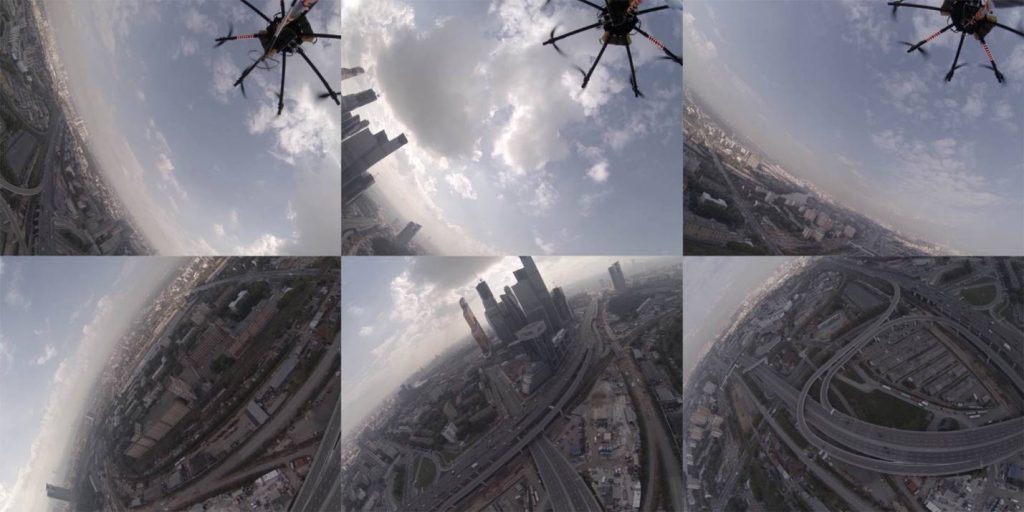 I have synchronized the records and layed it on the cube. 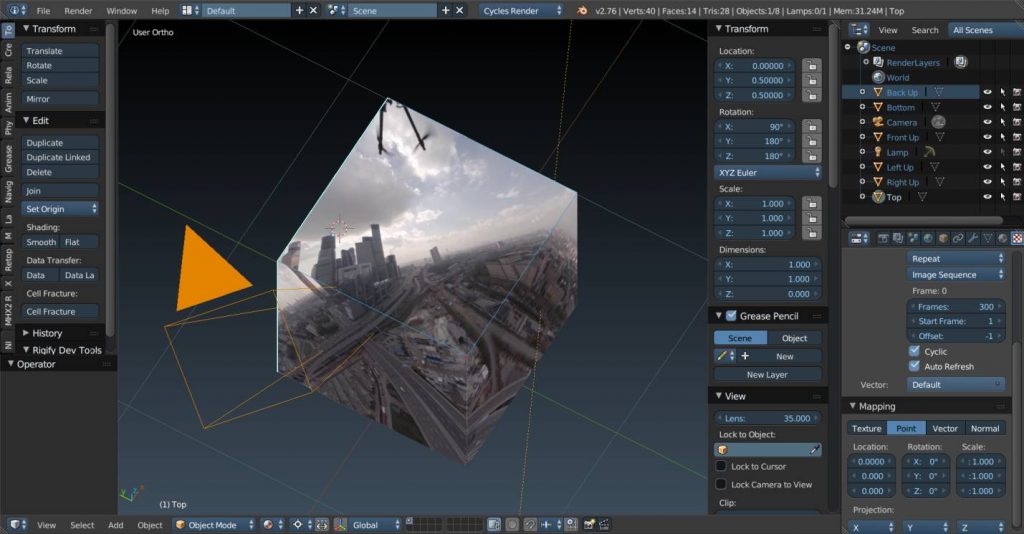 The highest building in the Moscow City complex is 374 meters tall. The drone couldn’t ascend higher than that, and I have needed to make the feeling of much greater height.

I have used camera mapping in order to do this.

We have created a “white room” with programmed luminaires around the pod. 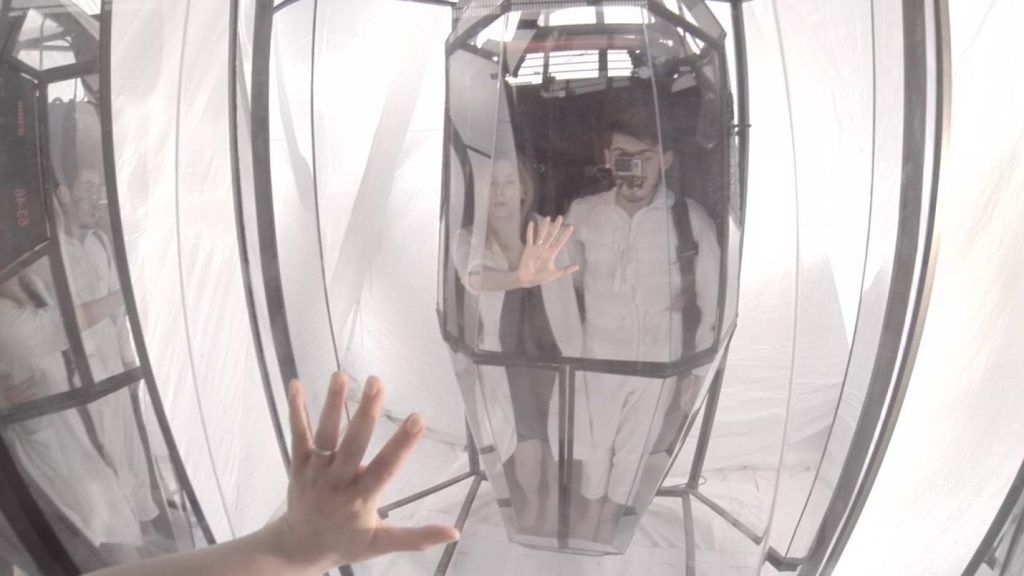 Several light FX were created with it. Moving sun light on heroine’s face during pod’s rotation, for example.

The program allowed us to alter light parameters inside and out of clouds and many other things. 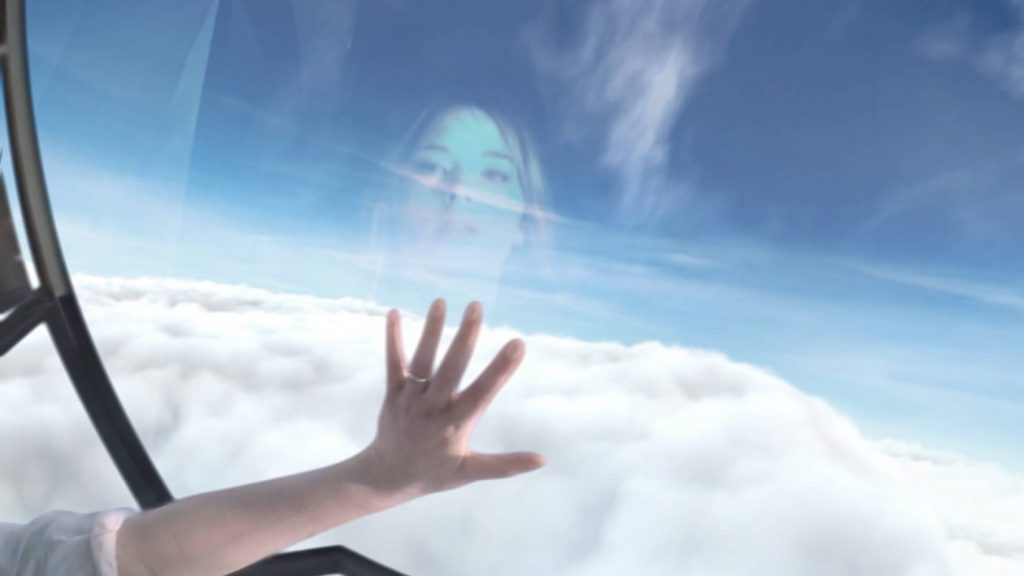 Finally, I’ve needed to create and animate a parachute. 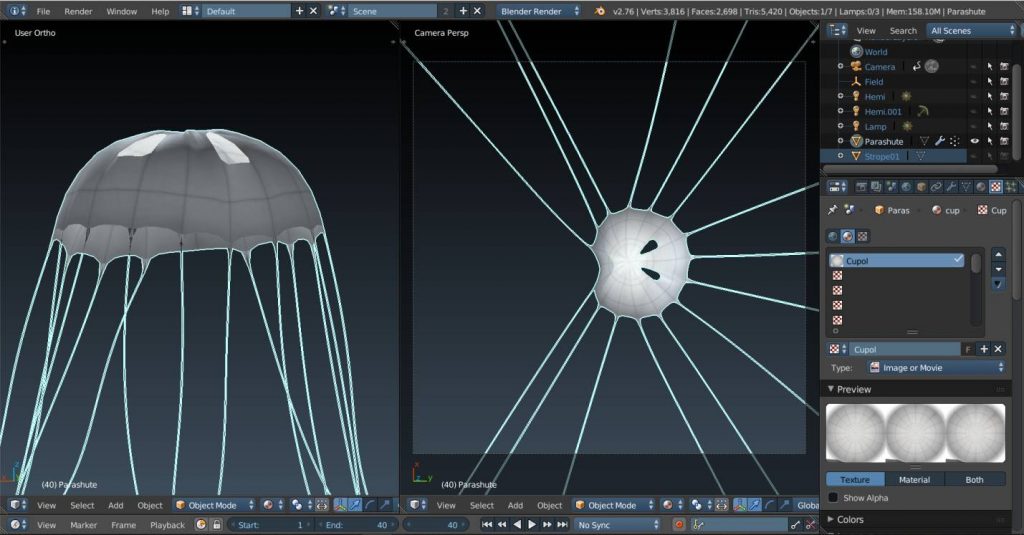 It wasn’t difficult because the parachute should have been visible just for one second. I’ve used usual Round Canopy Parachute. One thing – I had to enlarge it a little, otherwise it was becoming too small. I used the cloth simulation and the wind as force for animation parachute.

We have also used Blender Fracture Modifier to create explosions and collapses. 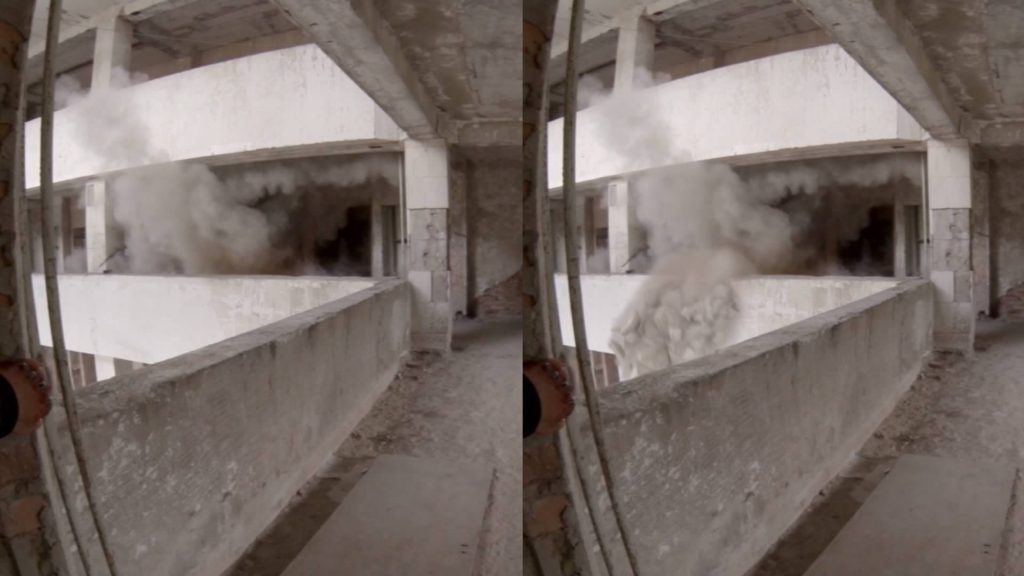 Why have we chosen Blender?

It is a very flexible tool. It includes almost every modern top technologies and has convenient and user-friendly interface, which gives us the opportunity to solve creative problems without struggling with fiddly software. 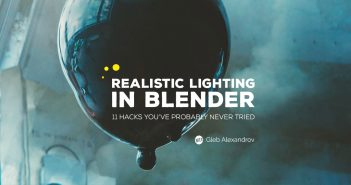 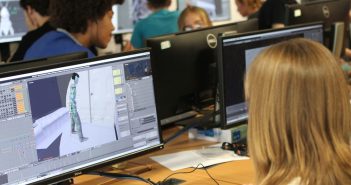