A promotion video commissioned by the Italian Ministry of Cultural Heritage makes interesting use of photogrammetry (3D reconstruction of objects based on photographs) and motion capture.

The short documentary Experience Etruria, a Cineca VisitLab production, is promoted by the Italian Ministry of Cultural Heritage, aims at raising awareness about the southern Etruscan area, spread over 3 Italian regions, and promote it. Food and wine are mixed with archaeological sites and beautiful landscapes.

The movie used Blender for tracking the video shootings (the drone footage made with GoPro cameras was undistorted in Blender too) to insert the CG character Ati, the Etruscan young lady elaborated starting from the CgCookie Flex Rig, in a geometrically correct way for realistic shadows and perspectives. For a better tracking and integration, the objects of the scene were reconstructed with photogrammetric techniques, by using the same video footage and linked to the scene:

The short movie was rendered with the internal Cineca render farm and the Blender version was the 2.74. To see the full movie go to: www.experiencetruria.it 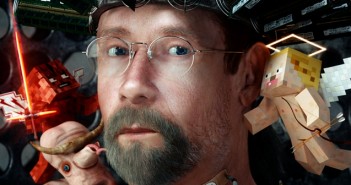 Previous ArticleImage: Angels on my shoulders... 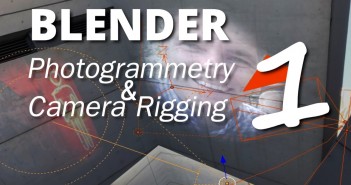