Blend4Web has just released an update with support for better animation, particle systems and more.

We've created a new audiovisual scene - Azure Grotto. The demo includes the latest results of our efforts in the field of rendering, animation and physics. The combined effect of sophisticated lighting, dynamic reflection and refraction brings the user a unique and immersive experience.

Significant improvements of the animation engine. Now it's possible to apply up to 8 different types of animation to an object. Among them: object, skeletal and vertex animation, emission of particles and parametrization of speaker parameters. It's also possible now to control the speed and direction of animation (e.g. forward/backward play).

Extended capabilities of emission and transformation in the particle system. Such params as size, initial velocity and count can be changed though the API. This new functionality gives a wide range of effects (for example lighting a fire, correctly displaying smoke trail from the exaust pipe etc).

Extended functionality and improved performance for node materials. New Combine HSV and Separate HSV have been implemented. By using vector arithmetics we managed to considerably decrease the number of shader instructions. Also the range of supported hardware has been increased (e.g improved support for iOS devices). Node groups have been implemented to allow multiple usage of shader blocks.

Low-level APIs have been added to manipulate the geometry in run-time. This feature allows to procedurally generate meshes of any complexity level (e.g. to create constructions à la Minecraft). 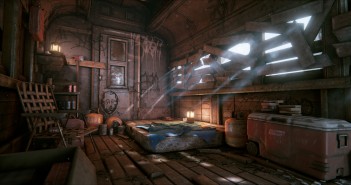 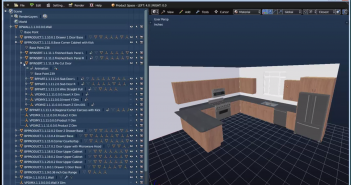