Mieke shares a fascinating look at her work as a scientific illustrator, which involves doing a LOT of research for one image. She is now setting up her own company, selling scientific 3D models of animals.

Hi Mieke, can you tell us a bit about yourself?

I'm Mieke Roth, Lelystad, the Netherlands, Scientific Illustrator since 2004 and Blenderhead since 2010. I have a background in Animal Science, Msc at the Wageningen University, and in between that and my work as a scientific illustrator I worked as an information analyst and information architect at ABN AMRO. My personal sites are: dissected.eu and ontleed.nl.

Although the work is really great I started to notice that I didn’t like waiting for other peoples assignments anymore. I wanted to do the work *I* really loved, so I just started doing it. In 2011, I made an illustration that showed how an octopus looks like from the inside for KIJK, a popular scientific magazine. I immediately knew that this illustration was a key illustration (I had them before: a full blown centerfold for De Ingenieur about a polar station at Antarctica (still made with 3ds max) for example got me numerous assignments for centerfold articles). The octopus illustration was published, got great reviews but things went a bit quiet after that. 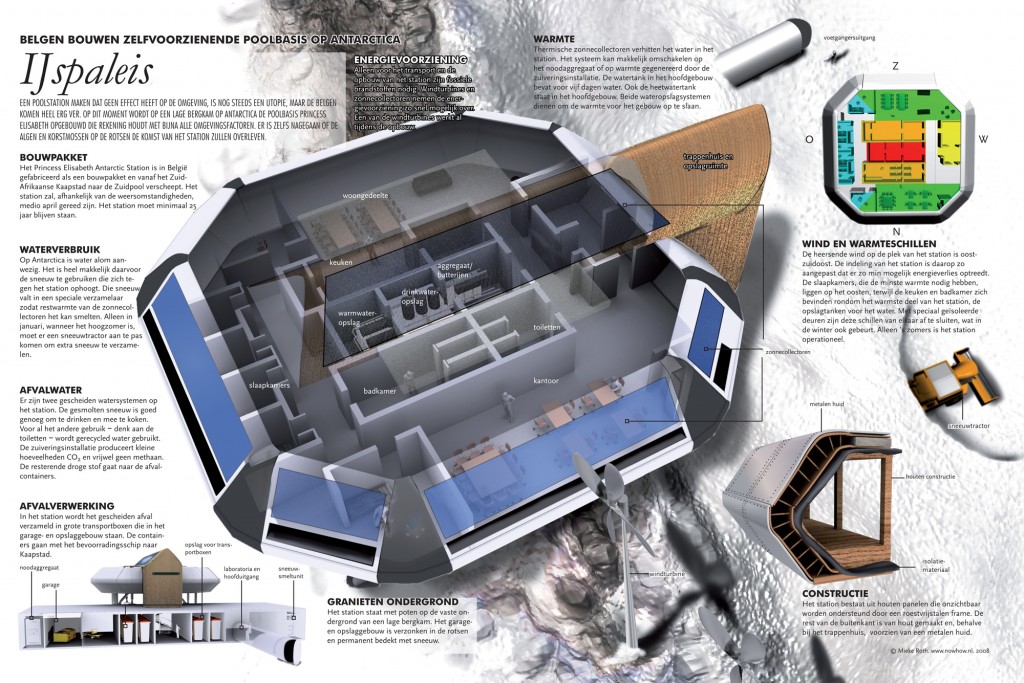 A year later Glendon Mellow, who works as a blogger for Scientific American, asked me if he could use one of my illustrations to write a blog about me in a series about scientific illustrators. I agreed and suggested the octopus illustration. To accompany his blog, I wrote a blog post about how I made that illustration, from the search for an intact octopus until the final result in the magazine.

That blog named “how to make an octopus” went viral.

And I knew I had found my calling.

So.. to make a long story short, at this moment I am working on a startup together with Jelle Hermsen, an app developer. The startup, Animal Inside, is a company that makes accurate and very detailed anatomical 3d models of animals that can be used platform independently for education and in research at schools and universities.

We are working with ZBrush and Blender and at this moment we are working on the architecture of the models itself and determining the 3d framework to be used for the application that caries the models.

To make our models we actually use real animals and an enormous amount of literature. Since one of the goals is to reduce the amount of animals used at universities, we are very careful in how to obtain those animals.

The rat as an example:

For our first model I bought 3 frozen rats at a local pet shop that specializes in snakes and such. The first rat I used for its skeleton and the second one for muscles and intestines. The third rat is a backup. I started out with the skeleton and worked from the skull backwards. Every bone in the rats body is carefully cleaned, photographed and measured and checked with literature to know what the most common shape is. 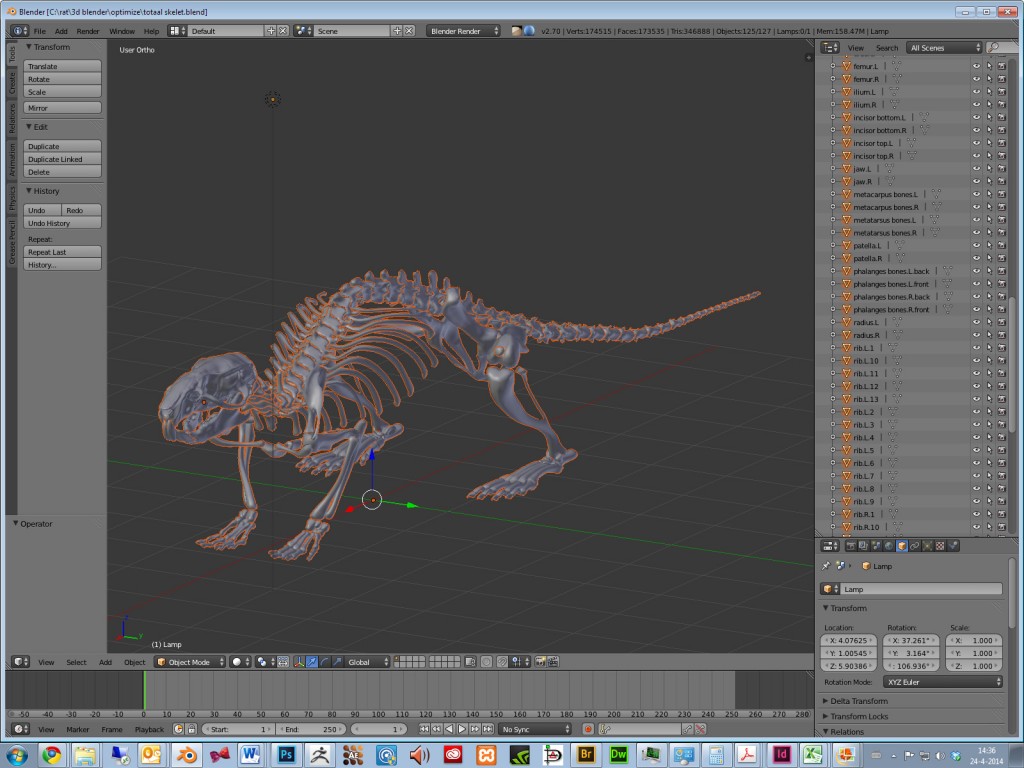 ZBrush is used to make the sculpts of all the objects, adding details and making the textures. Then the model is exported into Blender and if possible I use an automatic retopology but most is done by hand to be able to get a retopology that follows, for example, the flow of the muscle cells in such a way that the model can later be used without all too much adjustments (or shape keys) for rigging. Blender is also used for adding the uv mapping.

The original blend file so far is more than 240 mb, and with all the optimization we are able to get that back to less than 10% of that. Smaller is doable but given the amount of detail we are reluctant to push it too much. 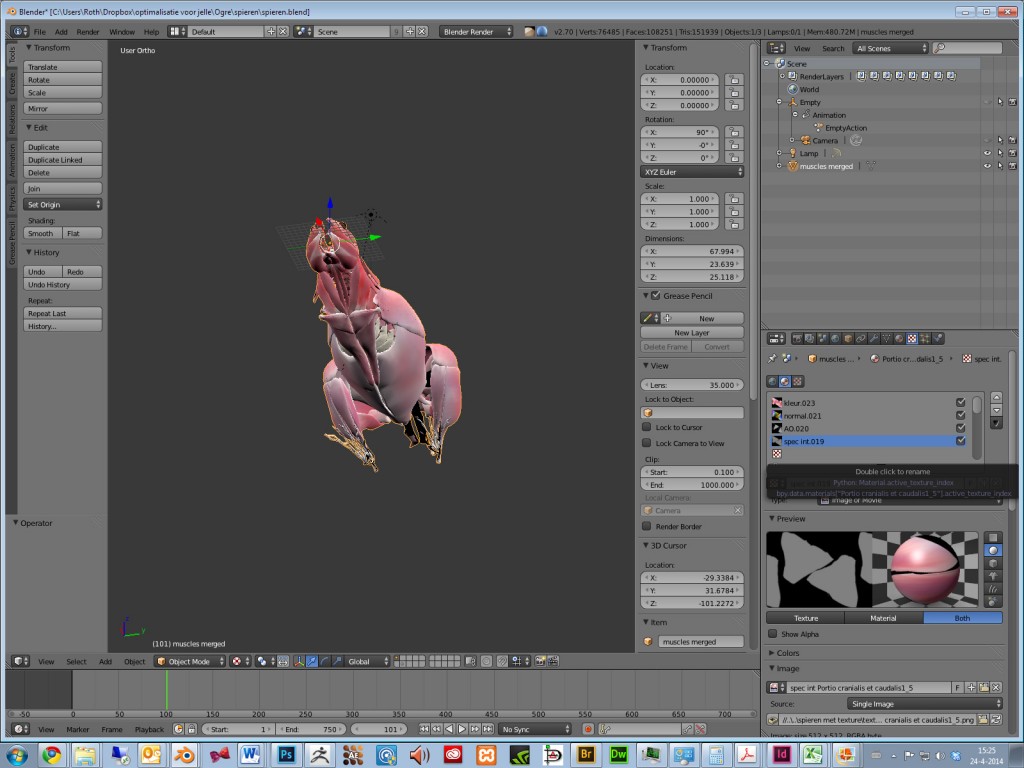 Right now we are still focusing on the static model so after optimization and textures the model is converted from quads into triangles to fit into WebGL and such.

In the future, rigging and animation will also be done in Blender.

So why did you make the switch to Blender?

Over the years I tried a lot of applications, both for 2d and 3d work. For 3d I started out with 3ds Max but I have to admit that I mainly used it to make the base for something that I then finished in Photoshop. Although I am somebody that always tries to learn and get deeper into an application, 3ds max didn’t do that for me. Partly because it is so expensive, but also because somehow I didn’t connect to the 3ds Max community.

How different Blender is.

I first learned from Blenderguru.com but also bought numerous tutorials from Blender.org and other tutorial sites and loved working with the application. Right now I have a subscription on cgcookie.com and I especially use Kent Trammell’s courses to educate myself. I almost never use the subject provided but always try to get a subject I want to work on myself and use that as base to do tutorials. That way I ensure myself that I understand what the tutor is saying instead of just copying what he tells me to do. 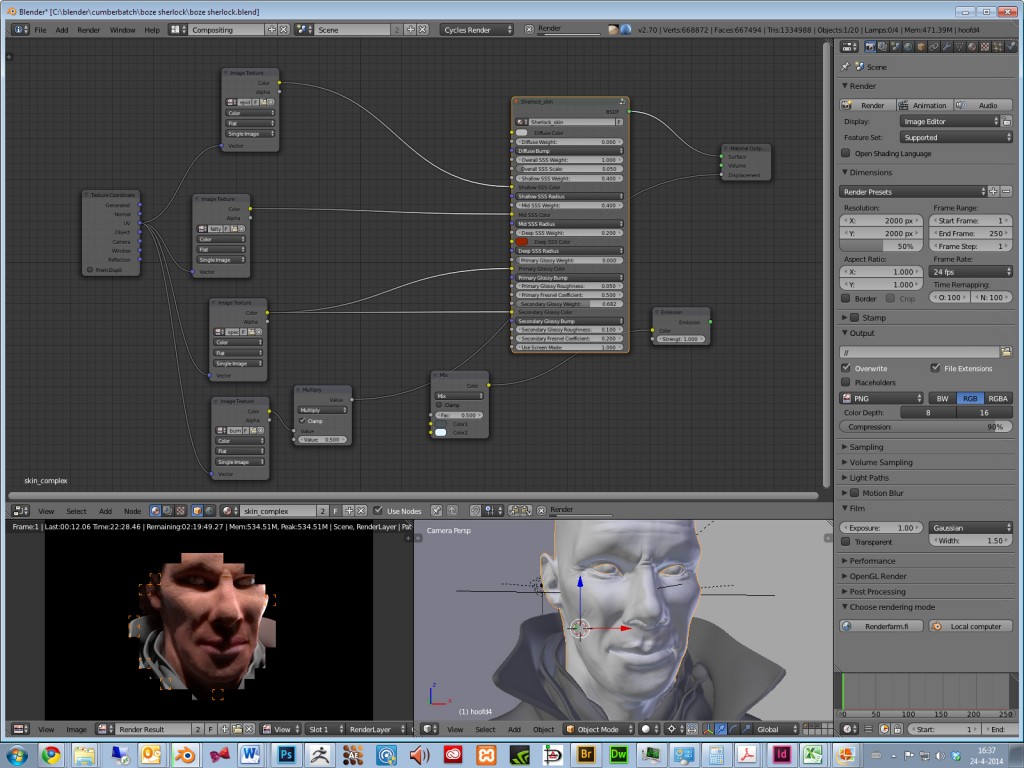 For me Blender is intuitively logical and the way it is build and the way the Blender foundation is working on it encourages me to get deeper and deeper into Blender, ever more enthusiastic.

I had to think about that one, but I think it is the cycles render engine and the node editor. I love the fact that you can tweak every single thing if you want to. I also love rotoscoping and tracking in Blender. I don’t know why, but I get way better results with it than in Adobe After Effects or Mocha. 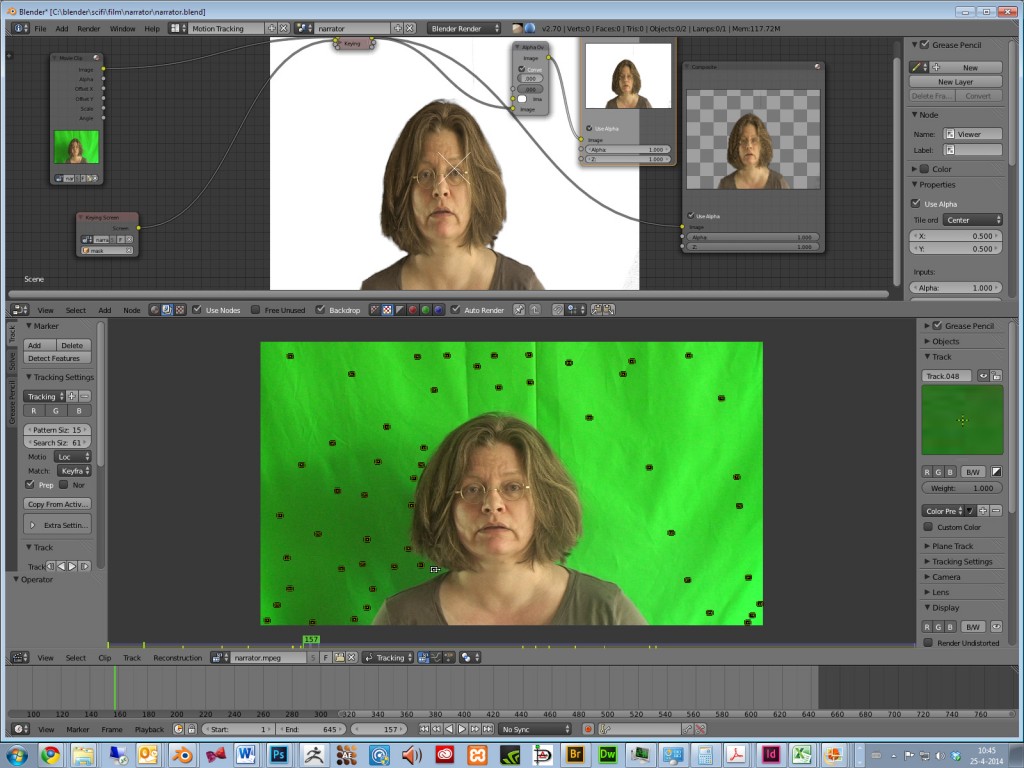 Which achievement are you most proud of?

Actually, I am working on that right now. It is the startup itself and the modeling of the rat in particular. I can’t wait to rig and skin it in the proper manner so one can see a rat walk and move and such, in a realistic way, peel back its layers while the 3d animation unfolds in real-time and people really have an idea about how a rat is build. I have tried to get as real as possible with that rat and was very pleased to find that instead of gruesome it is actually beautiful and appealing.

Can you share one tip with our readers?
If you are just starting out with Blender don’t be discouraged. All 3d applications have a learning curve but the Blender community gives all the tools to learn it good and fast. And the most important tip I already mentioned: if you are doing tutorials, don’t just copy what you see in the tutorial but try to find a reason why you are doing that tutorial in the first place and use a subject related to that reason. I got most of my skills just doing my job and learning on the fly. Maybe that particular assignment goes slower than you want to, but as a beginner that is to be expected. If you routinely incorporate hours for learning new skills, you will find that you get more efficient, better skilled and the work shows it.

And don’t be afraid to combine tutorials if that meets your needs. 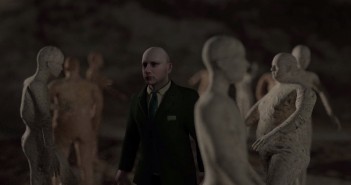 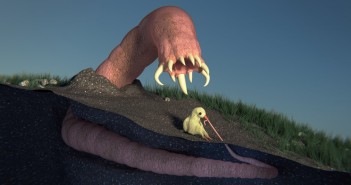 Next Article Weekend Contest Winner: The Early Worm Gets the Bird