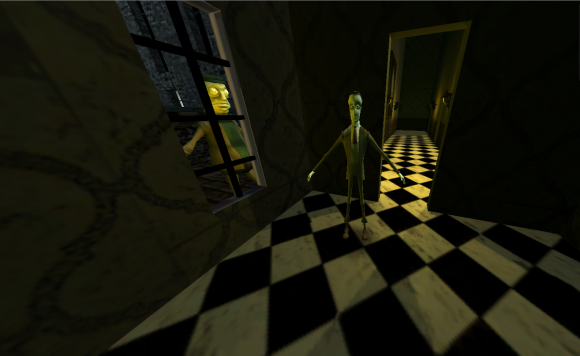 Read how Blender was used in a live demonstration during the China Game Developers Conference.

The demonstration, based on the Gamasutra article of the same name demonstrated how elements such as height, lighting, colors, and other spatial conditions can create dramatic levels. The level was entitled "The Nightmare Over Innsmouth" and retold a portion of H.P. Lovecraft's "The Shadow Over Innsmouth" with a Tim Burton-like art style. To create the level and characters, Blender was used for modeling and texture baking. The level was then built and scripted in the free version of Unity.

Totten told attendees that Blender and Unity together allowed him to prototype and test the level very quickly. He advocates for Blender specifically because of its "all in one" set of features - modeling, sculpting, unwrapping, and baking can all be done very quickly in the same program. Unity also allows artists to make their work interactive quickly, so it proved useful for this type of simple demo.