EX©M posted a thread on BlenderArtists about their new game Rat'n'Band for  iOS and OS X devices for which they used Blender as the game content creator. It is a horizontal scroller and visually looks terrific. It is also very interesting how they visualized the levels and developed them. Read more and enjoy.

A few days ago we completed our project Rat'n'Band for platforms iOS (iPhone, iPodTouch, iPad) and OS X (MAC). The most exciting thing is that we created it with the fantastic program Blender.  For the development of our game we have used version 2.49b and 2.56-8a. All maps and animations were created in Blender. If it were not for this awesome tool, we would be doomed. Blender can be easily used with properly adjusted cameras as conventional 2D sprite editor. A 1024x1024 texture has been used for each map. Tileset has been created by using the Grid object, which can be easily mapped and where UV coordinates are very accurate.  In order to avoid complex programming of the parallax scrolling, we placed layers of different grids perpendicularly to the perspective camera and achieved the same effect.

I can humbly say that Blender is the best choice for the creation of games. I attach a few pictures from the development of our Rat'n'Band using Blender. 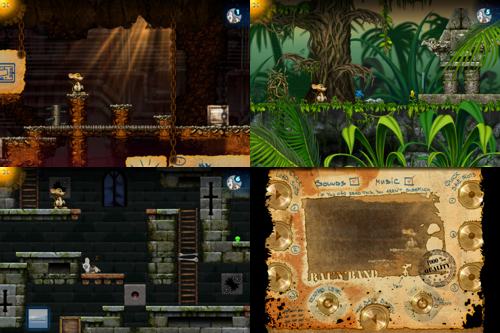 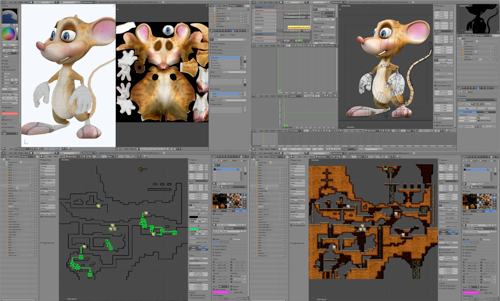