The Hiza Ro and the "Blender Army" in Indonesia have come up with a smart, beautiful hand sign which illustrates both an expression of peace and of the love for Blender.  They call it "Salam Blender" - that is, "Peace, Blender."  Next time you get together with a group of fellow Blenderheads, crowd around the camera and give us this sign!

Anyway, in Indonesia we use 'SALAM blender' when photographed or Blender Army met at various events. Signs of wear left hand is similar to a blender logo. This is his picture: 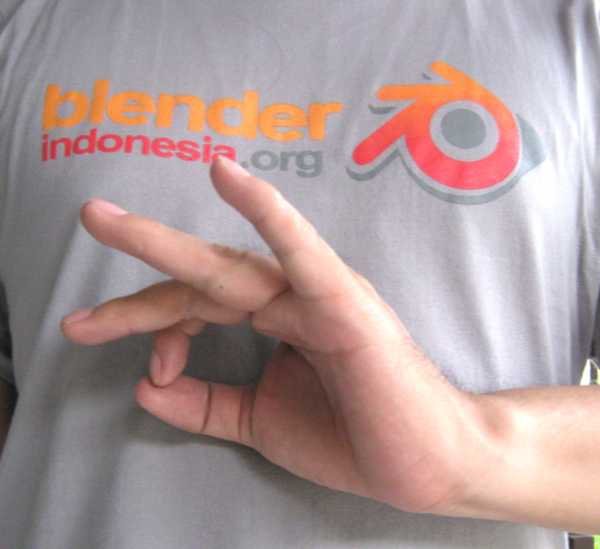