RBGProd Studios from Switzerland have just finished a detailed animation for a Swiss French company (website) The animation relies a lot on camera footage, featuring an animated robot (named H7) who has been composed into the footage.

"The project was started last year as a storyboard and a 1st draft of the robot
(his name is H7) was shown to the customer in June.
We filmed the factory shots during the summer using HD cameras.

Last october, I participated in the Blender advanced classes in Amsterdam, this
is where i had valuable advices from both Bassam for rigging and Andy for
lightning/compo. It was like a mix of classes and workshop where you could work
on personal projects and get answers and help. I strongly recommend people to
take part on the next one :)

Plus as a bonus you get chances to meet great people, like blenderclassmate
Francesco Siddi, that we invited then to Switzerland to help on the last weeks
of full stress before the deadline."

Pablo Vasquez also helped the team out animating the H7 robot, optimizing files and giving plenty of tips on composting. We also have reports that he enjoyed the famous Swiss cheese fondue. :)

Some of the composting for the animation was done using Blender, but After Effects was used for the masking and rotoscoping of objects and people around the robot. The program used for the 3D match moving was Syntheyes and the transparency effect was done using a displacement plugin in After Effects. The video was finished in december 2008, but has only recently been released to the public for us all to enjoy. 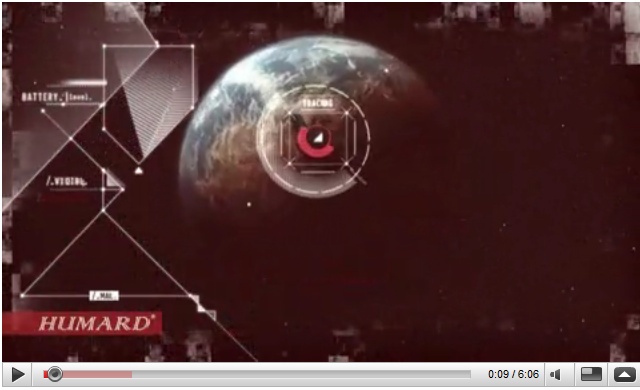