Here's something we don't see every day, a professional aircraft prototype designed using Blender. Daniel Klaue has been working with a start-up aircraft company from Mountain View, California, to design a new type of aircraft that takes off vertically.

As a student of aerospace engineering I found this particularly interesting. The Verticopter is a hybrid between modern planes and helicopters, giving the added freedom of vertical takeoffs. The hybrid comes in several different types including UAV, Remote Controlled, 2 seater and 7 seater.

You can see the main site here, which features a lot of information and pictures, along with a very interesting feature video which sums up the Verticopter and the overall project, something definitely worth watching.

Along with the videos and pictures there's also a flight simulation available, which lets you take the Verticopter for a flight yourself using the X-Plane simulator. Unfortunately you have to pay for each different version of the Verticopter in order to fly it, but there is a free demo version which lets you fly for up to 10 minutes each time you start the simulator. You can find the demo at the X-Plane download page.

There's also a bunch of rendered videos on Daniel's youtube channel, which have all been rendered in Blender 2.46. 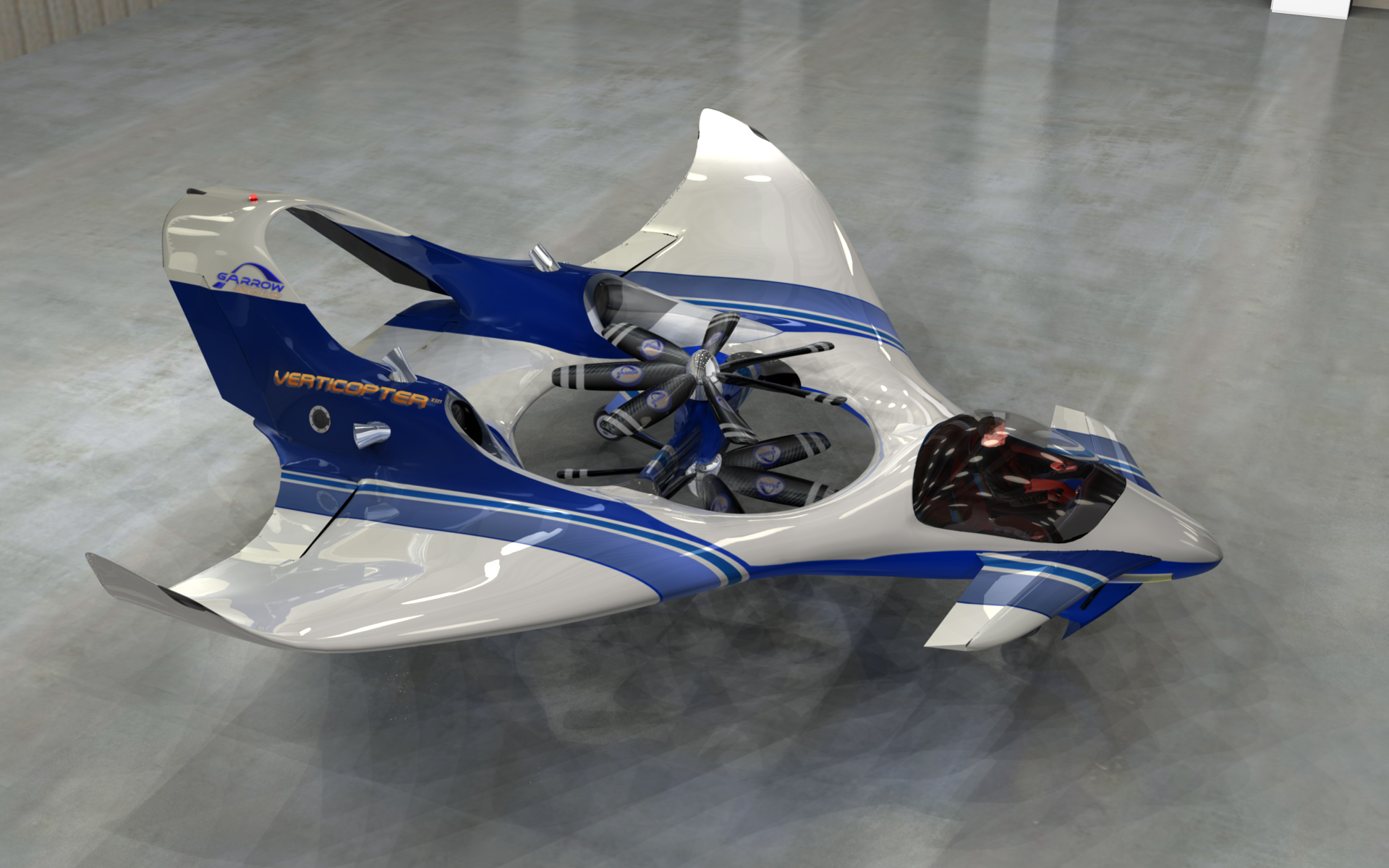 *Updated image of the Verticopter*