Blendenzo teamed up with Clean3D to develop a short game for the Christian Developers Network Speedgame Contest of 2008. Its not very often that we get to see a neatly finished game in the BGE, so its one which is worth checking out.

The theme of this years Speedgame Contest was 'Proverbs', so Blendenzo and Clean3D based the game on the proverbs of King Solomon. The game itself is a problem solver, implementing simple yet effective gameplay and graphics.

Unfortunately, due to data corruptions, the game couldn't be finished on time to enter into the contest. But it was still finished (in 2 weeks), and made available for download for us, the community, to enjoy.

"The game was almost complete on the last day of the contest (August 17), so what you see here is not much different from what we had then. We were able to isolate the corrupt data, and I had an opportunity to fix some bugs with the sound system and add a fading intro animation, but every other aspect of the game was finished within the two weeks of the contest." 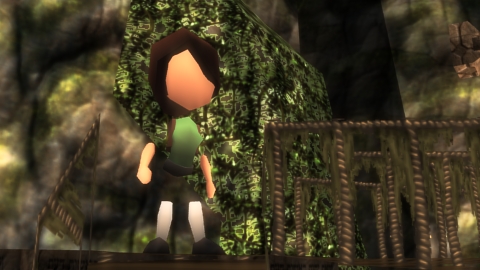 The Trailer can be downloaded from here. (right click and save link as)

The runtimes (for linux and windows) and .blend are avalible and can be downloaded from the thread on blenderartists along with additional information and discussion of the game.