Here are two scripts that will add a nice enhancement to your workflow and your ability to graphically document the progress of your projects.

Created by Victor Barberan, he writes:

I made a little script for keeping a number of renders inside the image editor, as a form of 'Render History'. I think this is very handy to compare the changes in your render.

This way every time you made a render the script automatically saves the image, load it in the image editor window, assign a name to it, pack it inside your blender file, and then remove it from the drive.

There is a variable in the script called 'NumRender', you can modify its value to set the number of images you want in your render history. 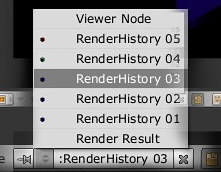 You can find the Render History script and additional details in the blenderartists discussion thread.

Created by macouno, he writes: 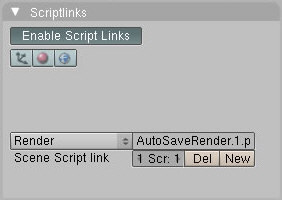 You can find the AutoSave Render script, along with installation instructions, at macouno's website.