Simulations are one of Geometry Nodes' most requested features, and a natural continuation of the extremely powerful procedural tool set. While the Geometry Nodes team are working hard on implementing this feature into Blender, a hack was discovered to use another object as a buffer, effectively creating a feedback loop which enables (potentially unstable) simulations and solver building.

So, you can create simulations with geometry nodes in the current version of Blender by having two separate objects take the other's geometry as an input, who knew! 'Alien Relic' #Nodevember2022 #geometrynodes #b3d #Eevee #Nodevember pic.twitter.com/oMlAMmhzBg

Simulations, in their most basic form, are the ability to have a mesh cache on which an operation is iteratively applied, changing it each iteration or frame, and then applying the operation again on the result, etc.

The community has latched on to this hack and has already been producing incredible results. Here is a tutorial on how to set up a basic buffer in Geometry Nodes:

And here are some more advanced tutorials as well as some more great results using this method: 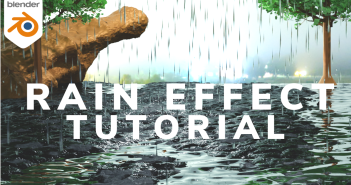 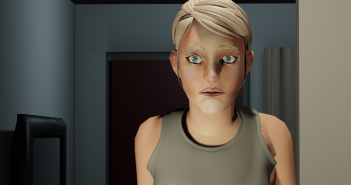